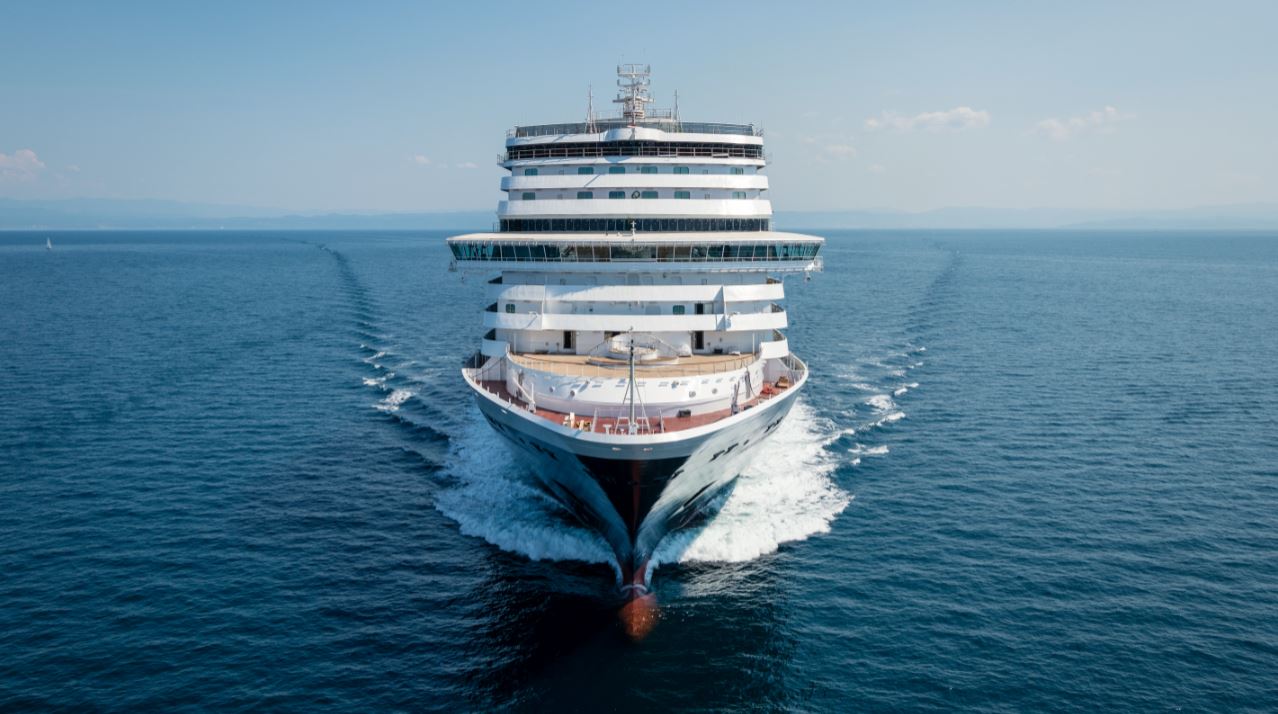 The construction of a new cruise ship is a long and meticulous process which starts with the design of the ship and involves many milestones such as cutting the first steel, laying the keel and first block and finishes with the ship floating out and being delivered to its new owners. One of the highly anticipated milestones are the sea trials. During these trials, the ship undergoes a series of performance tests on the ship’s systems, machinery and engines. A shipyard’s team of nautical officers, naval architects and builders also test the ship’s maneuvering characteristics and safety systems.

Nieuw Statendam, Holland America Line’s second Pinnacle Class ship, left Marghera Aug. 10 and performed the first set of sea trials over two days before going into dry dock at Fincantieri’s Trieste shipyard. There the trial’s data was reviewed and standard hull maintenance was performed. The ship sailed its second sea trials Aug. 18, making its way back to Marghera Aug. 22 where the finishing touches will be completed. 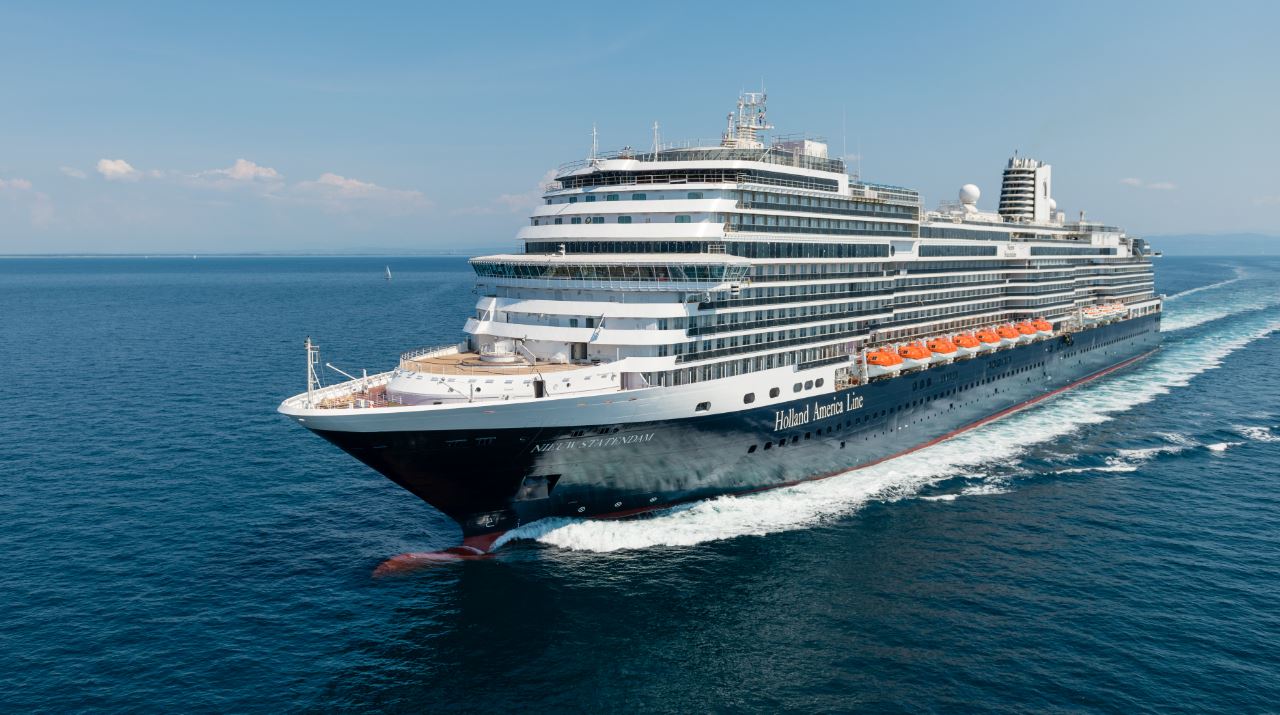 Due for delivery Dec. 1, 2018, Nieuw Statendam will explore the Caribbean in winter and then move to northern Europe, Iceland and the Mediterranean in summer during its inaugural year. The 2,666-guest, 99,500-ton ship will reflect the ongoing evolution of Holland America Line. From familiar elements that reflect a rich heritage and classic style to state-of-the-art enhancements that chart a bold new course forward, guests on board Nieuw Statendam will delight in details that are artfully inspired and perfectly presented to create the ultimate Pinnacle-class experience. 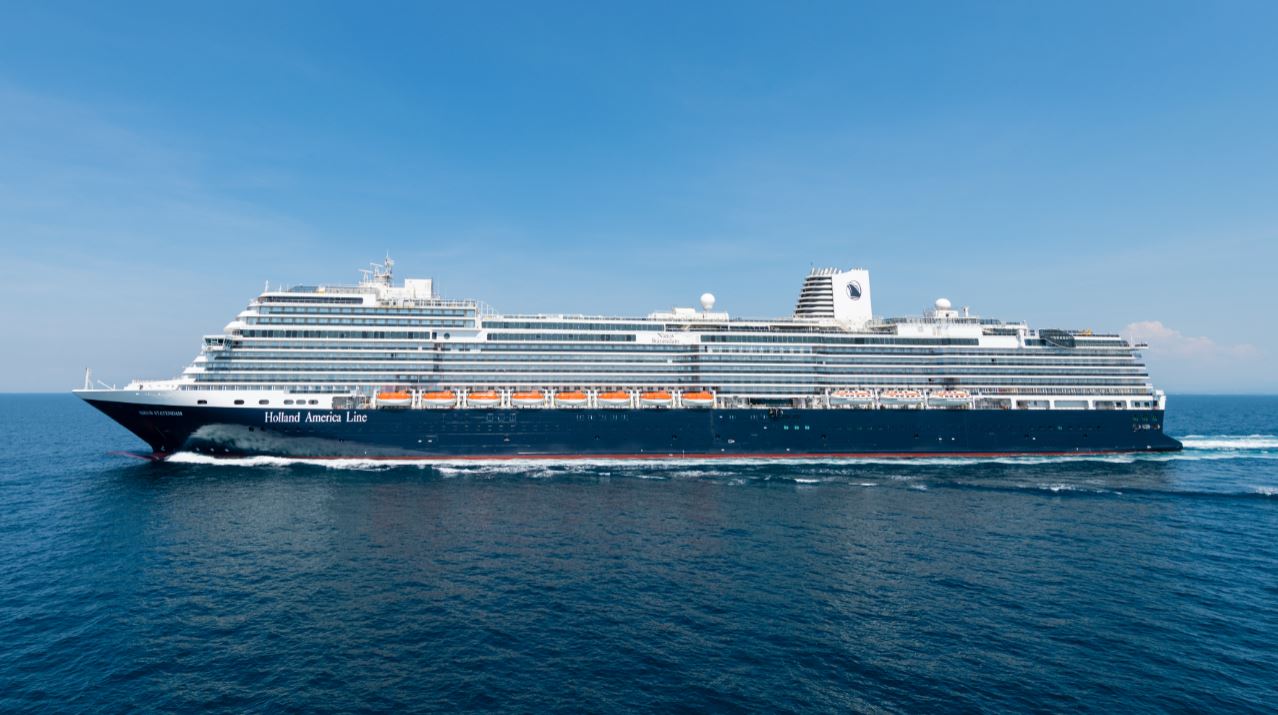 While much of the ship’s design will be similar to Koningsdam, the first Pinnacle Class ship, Nieuw Statendam will have exclusive public spaces and its own style created by leading hospitality designer Adam D. Tihany and designer and architect Bjørn Storbraaten. The ship will feature all of the hallmarks of Pinnacle-Class design: grand, light-filled spaces; visual drama; and sumptuous interiors inspired by the fluid curves of musical instruments.