Viking has celebrated a major construction stone with the float out of its sixth ship,  Viking Jupiter. Scheduled for delivery in early 2019, the arrival of Viking Jupiter will officially make Viking the largest small ship ocean cruise line in the industry, only four years after launching its ocean business. Named in honor of the planet Jupiter, the ship will spend her maiden season sailing itineraries in the Mediterranean and Northern Europe.

The traditional float out of a new ship is a significant moment in the construction of a ship and denotes a ship moving into its final stage of construction.

In keeping with maritime tradition, a madrina – a special woman of honor – assists with the ceremony, first welding commemorative coins under the ship mast. 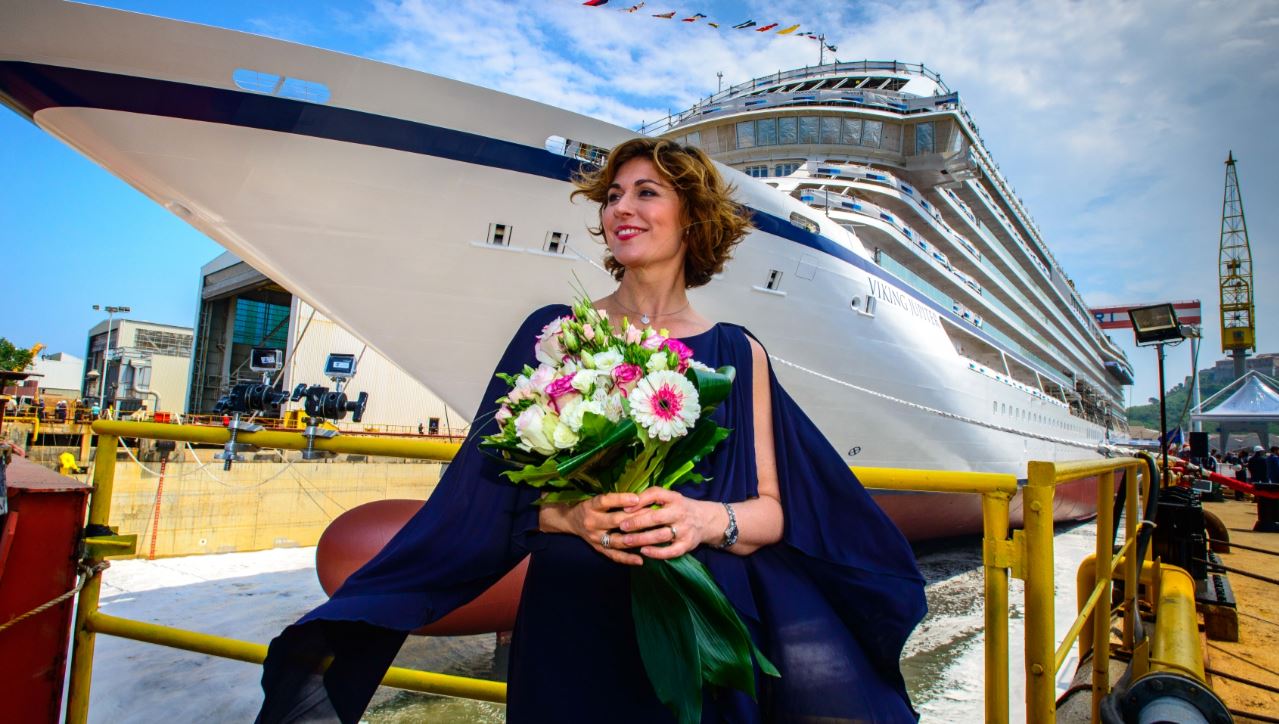 Norwegian singer Sissel Kyrkjebø, who is widely considered one of the world’s top crossover sopranos and who has long been a cultural partner to Viking, served as Viking Jupiter’s madrina. She welded a commemorative coin representing her birth year, as well as the birth years for Chairman Hagen (1943) and Finse (2012), Hagen’s “grand dog.” A special coin, dated 1911, was also welded to represent Ragnhild “Mamsen” Hagen, the mother of Chairman Hagen and the woman after whom the onboard Norwegian deli Mamsen’s is named.

Kyrkjebø then cut a cord to allow water to begin flowing into the ship’s building dock. Following a two-day process that will set Viking Jupiter afloat, the ship will then be moved to a nearby outfitting dock for final construction and interior build-out. 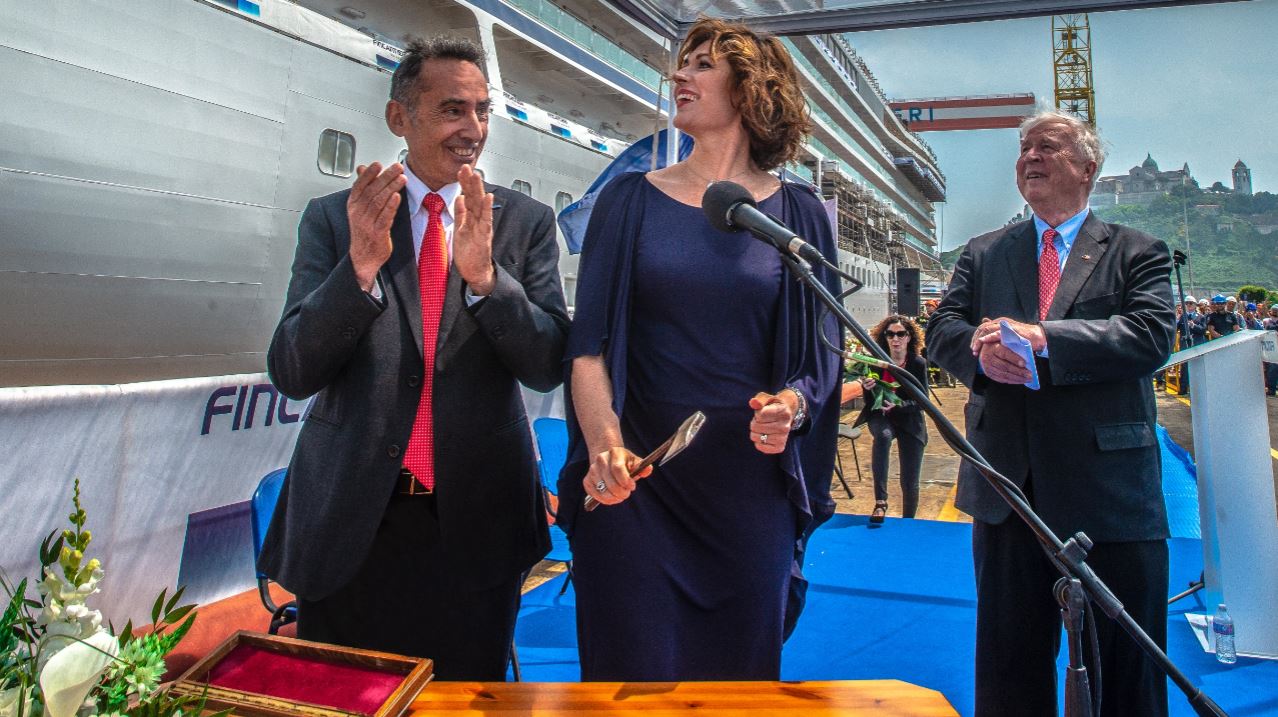 Viking’s ocean ships have a gross tonnage of 47,800 tons, have 465 staterooms and host 930 guests. Classified as a “small ship,” the all-veranda Viking Jupiter will join Viking’s award-winning ocean fleet, which also includes Viking Star, Viking Sea, Viking Sky and Viking Sun. Viking will welcome its fifth ship, Viking Orion, to the fleet in June 2018. Ten additional ships are also planned for delivery starting in 2021, which could bring Viking’s ocean fleet to 16 ships by 2027.