Tui Cruises’ new Mein Schiff 1 reached another important milestone earlier today. As the valves of the dry dock at Meyer shipyard in Turku (Finland) opened some 300 million liters of water flushed in resulting in a successful float-out. 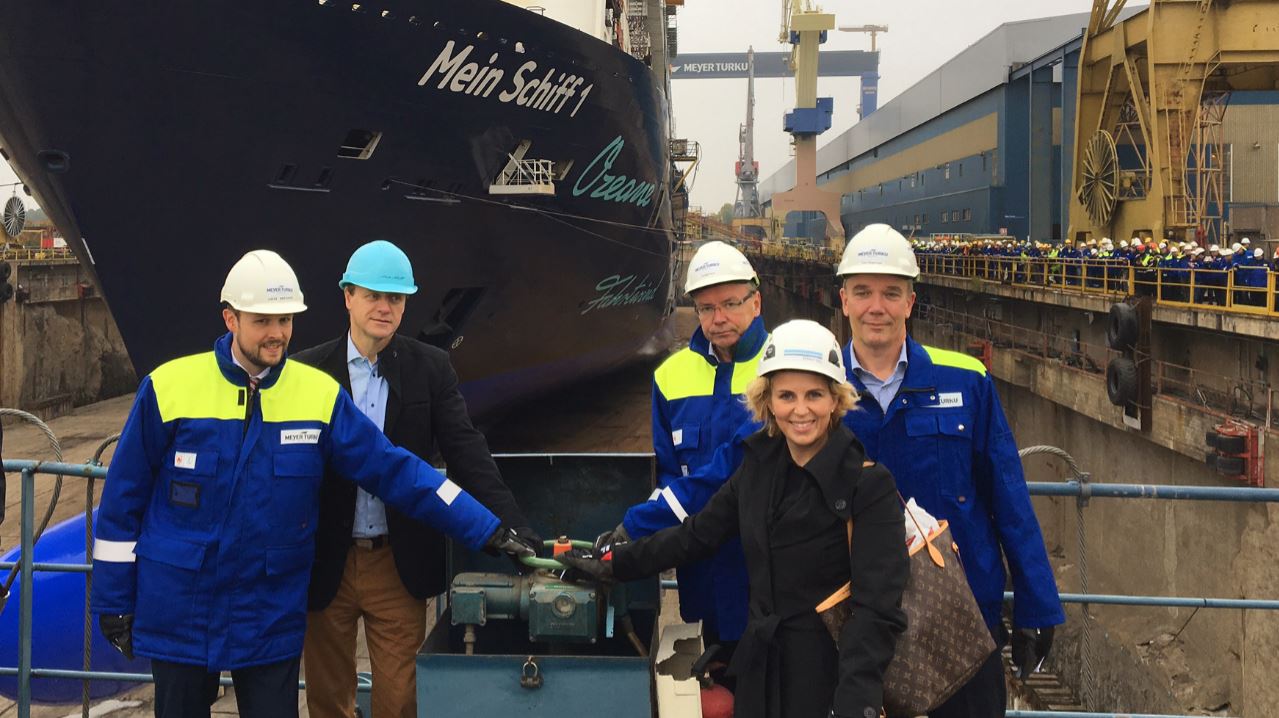 Now work can start on the interior and some remaining exterior areas in preparation for the ship’s official launch in May 2018.

The new Mein Schiff will officially be welcomed to the TUI Cruises family during a naming ceremony in Hamburg on 11 May 2018 followed by a two-day maiden voyage.

The new Mein Schiff 1 has been designed with TUI Cruises’ “Well-being” concept in mind and will be a true sports and wellness ship.

The jogging track for example, will be almost twice as long as on the other ships. The sports arena has been redesigned and completely covered creating a new multi-functional area with a large extendable screen and a climbing wall. The fitness area has been extended and relocated to deck 15 offering unrivaled views of the sea and the pool deck. 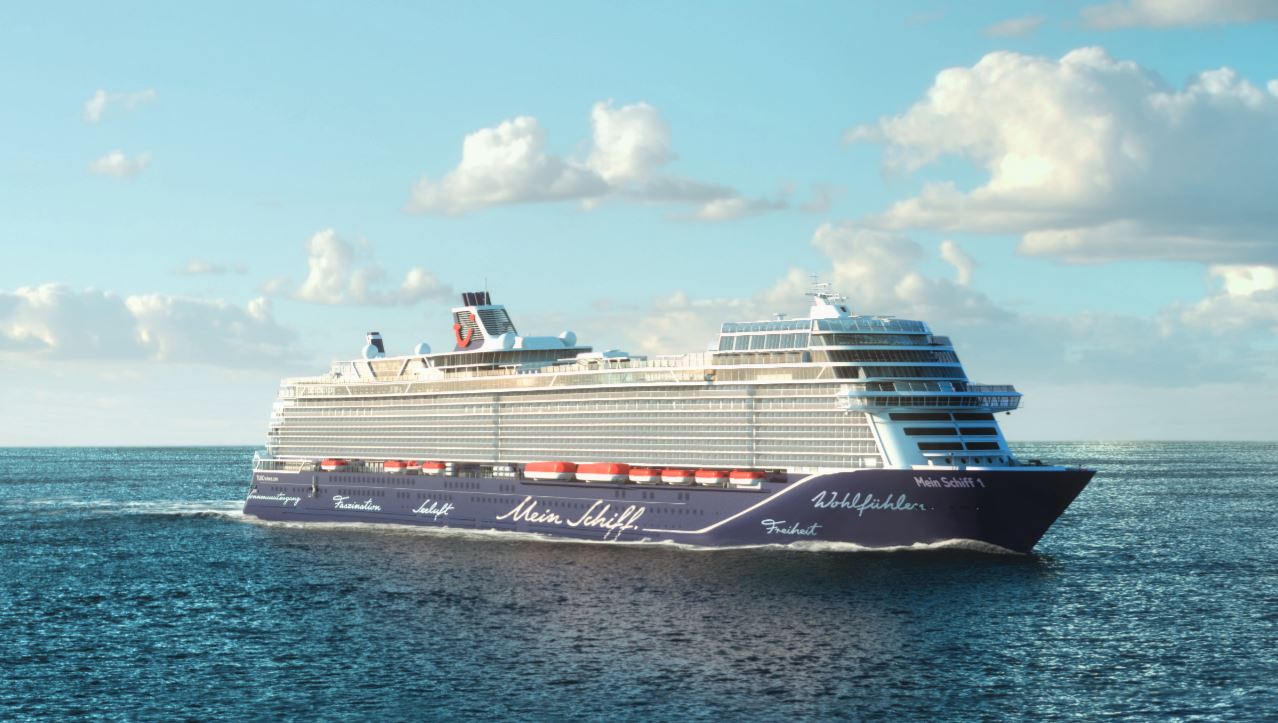 The new Mein Schiff 1 and Mein Schiff 2 (commissioned for 2019) form a new generation of ships for the German cruise company. They will be about 20 meters longer than the current new builds, offering more space to “feel good” and a larger selection of cabins and suites for up to 2,894 guests. For a closer look inside the Mein Schiff fleet visit Mein Schiff 4 – a visit.