The past few weeks we’ve been spending some time in Brussels and we have to admit it’s a pretty cool place. After all no other city in the world has a historic cobblestone Grand-Place, a little naked boy peeing freely (who by the way also has a bigger wardrobe than most women), buildings decorated with comic strip heroes, the biggest and shiniest balls in the world – the Atomium, a vast collection of pubs (there are more Belgian beers than there are days in a year), chocolate shops (no Belgians don’t eat chocolates for breakfast, lunch and dinner) and museums.

AN AFTERNOON IN THE COMPANY OF DINOSAURS 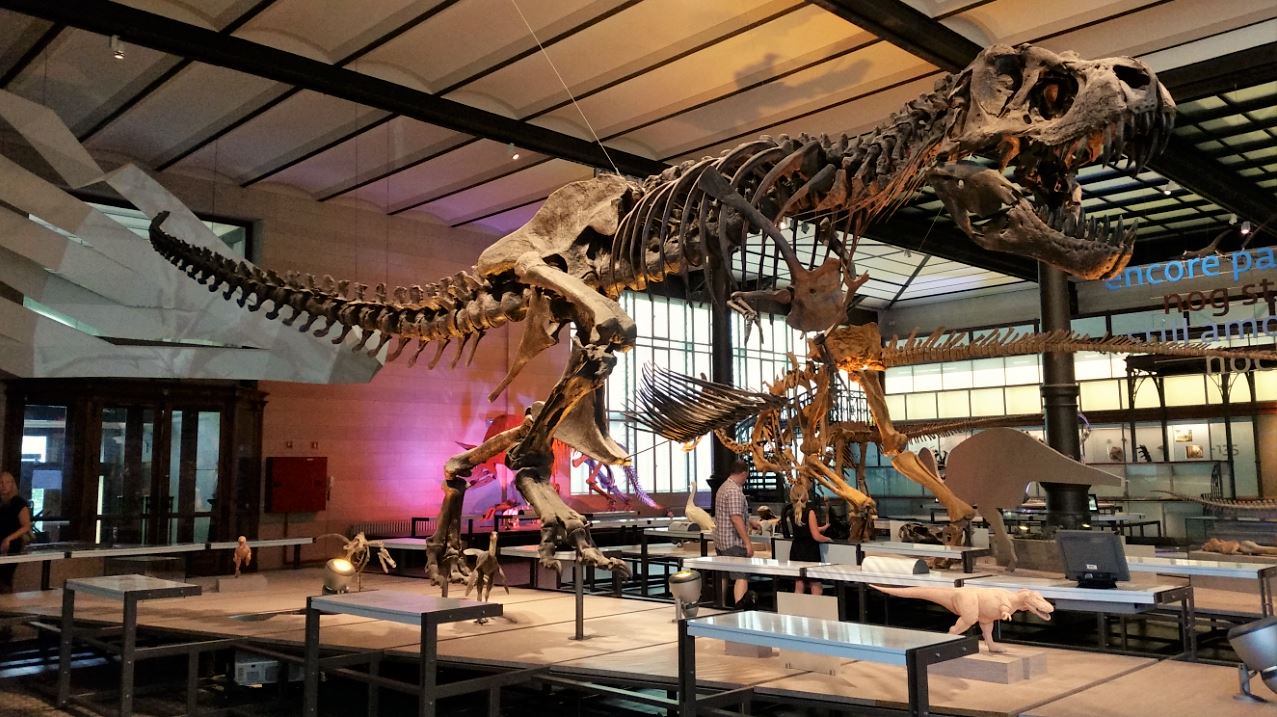 Ever since we saw the movie Jurassic Park, in which a wealthy entrepreneur built a theme park full of living dinosaurs created from DNA, we’ve been intrigued by these prehistoric creatures. So it’s no coincidence the Museum of Natural Sciences in Brussels is one of our favourite museums.

Located in the heart of Europe the museum has one of the largest dinosaur collections in the world, and definitely in Europe. In fact, with a surface area of over 3000 m2 and dozens of specimens, the dinosaur gallery is the largest room in Europe entirely devoted to dinosaurs, their discovery, lives and evolution. 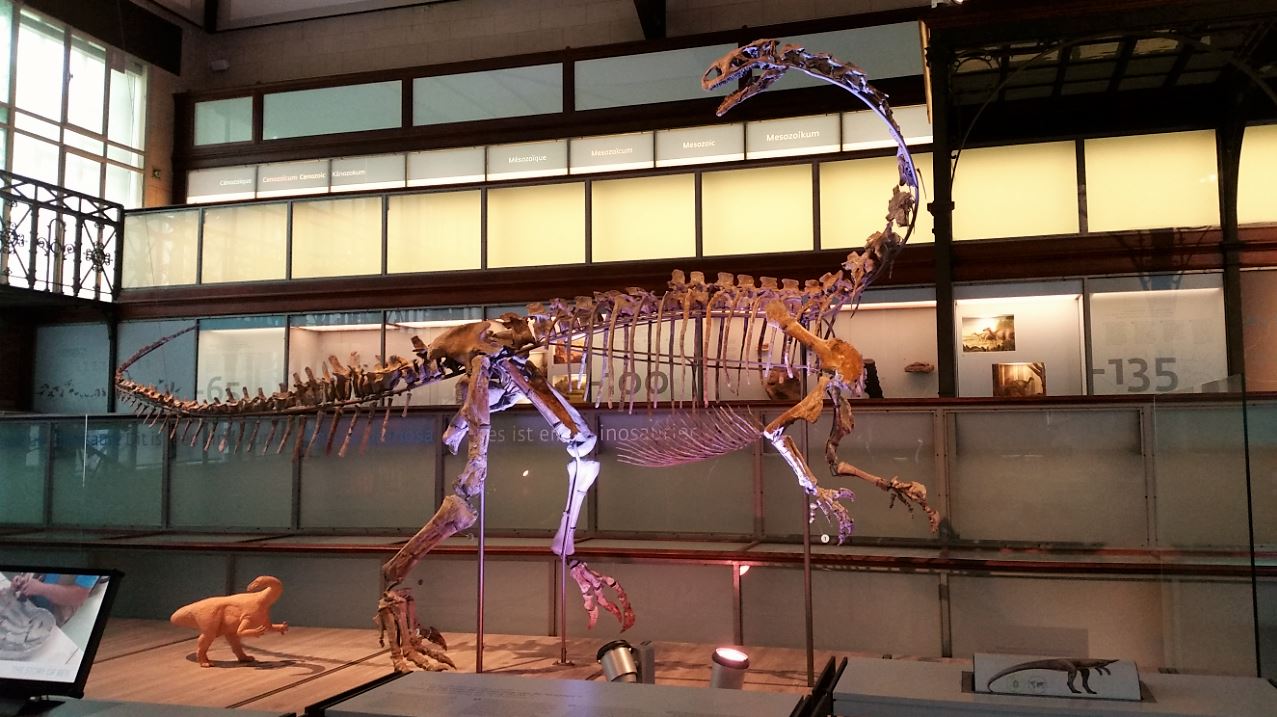 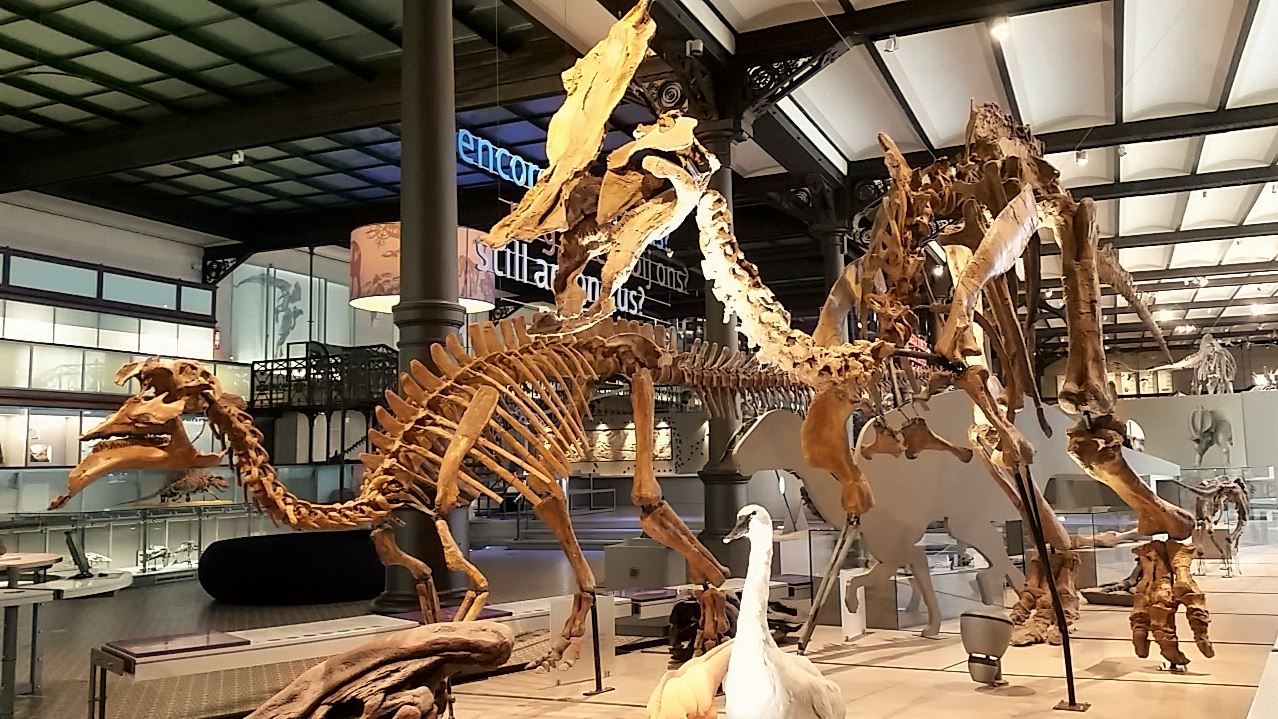 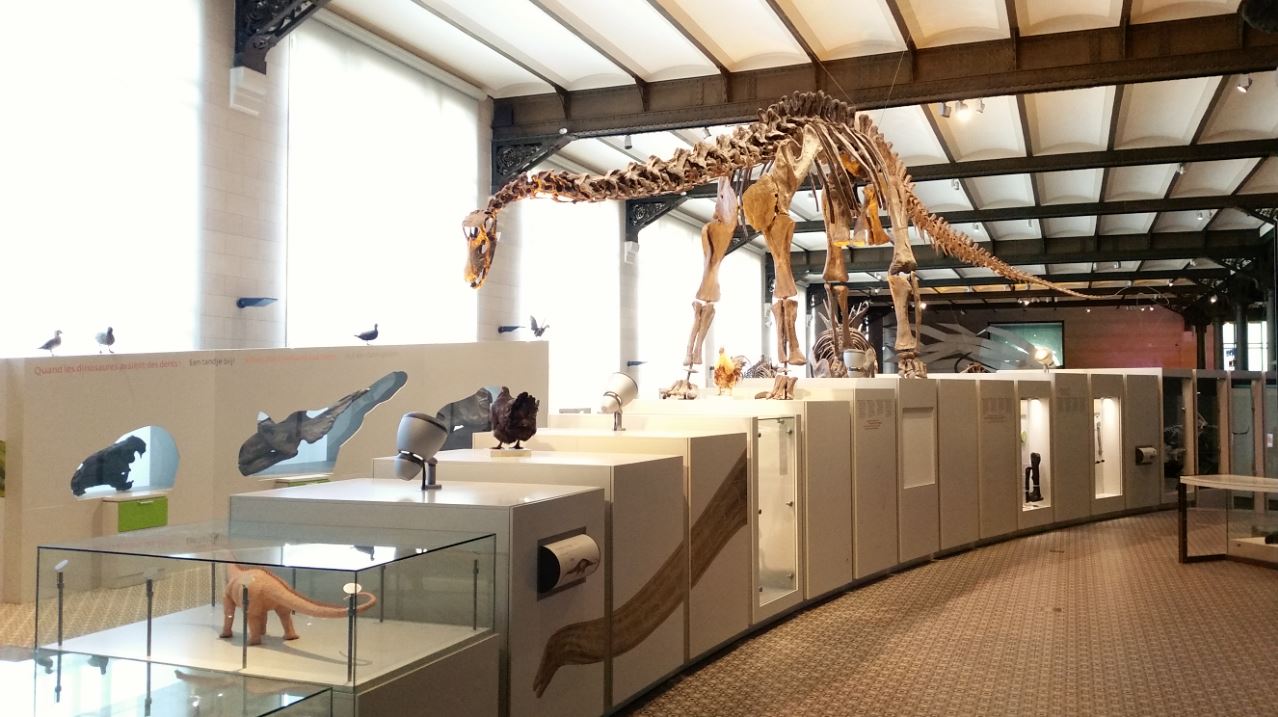 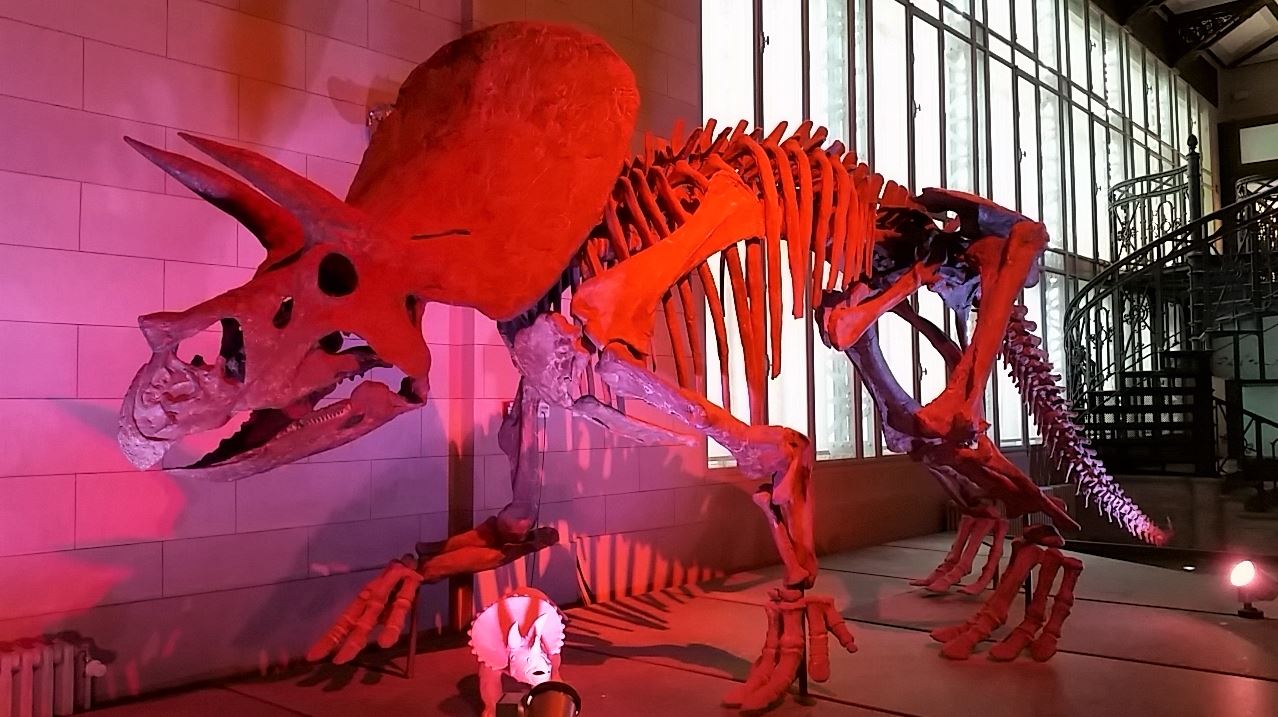 In the museum’s impressive  Dinosaur Gallery you can see how the Olorotitan died, learn how fossils are formed and listen to the Parasaurolophus’s scream. If you feel really brave you can even challenge a Pachycephalosaurus in a virtual stand-off. 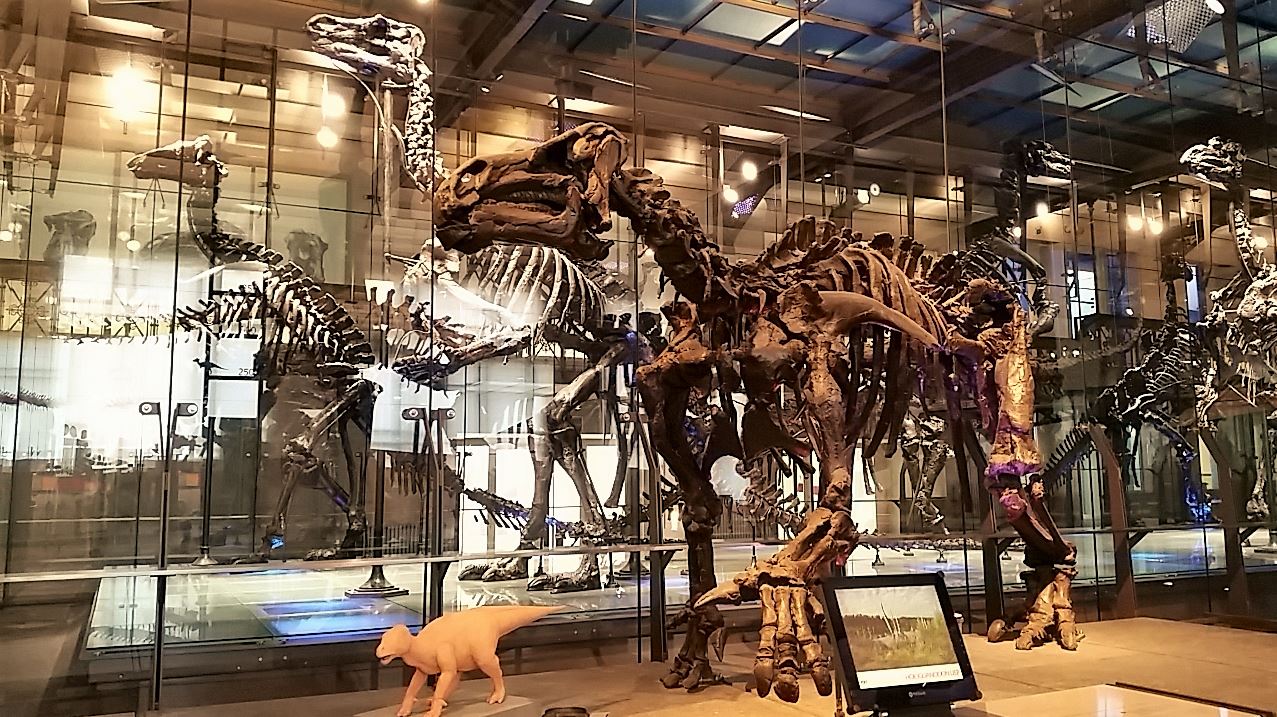 A 300 m2 glass case in the Dinosaur Gallery displays thirty relatively complete iguanodon skeletons. These were discovered 322m underground in a coal mine in Bernissart, Belgium at the end of the 19th century. At the time of their discovery the bones were still in their original position making it possible to present the skeletons in ‘lifelike’ poses.

In the basement below the glass case you can see the skeletons in the position they were found in the mines and learn how they were discovered. 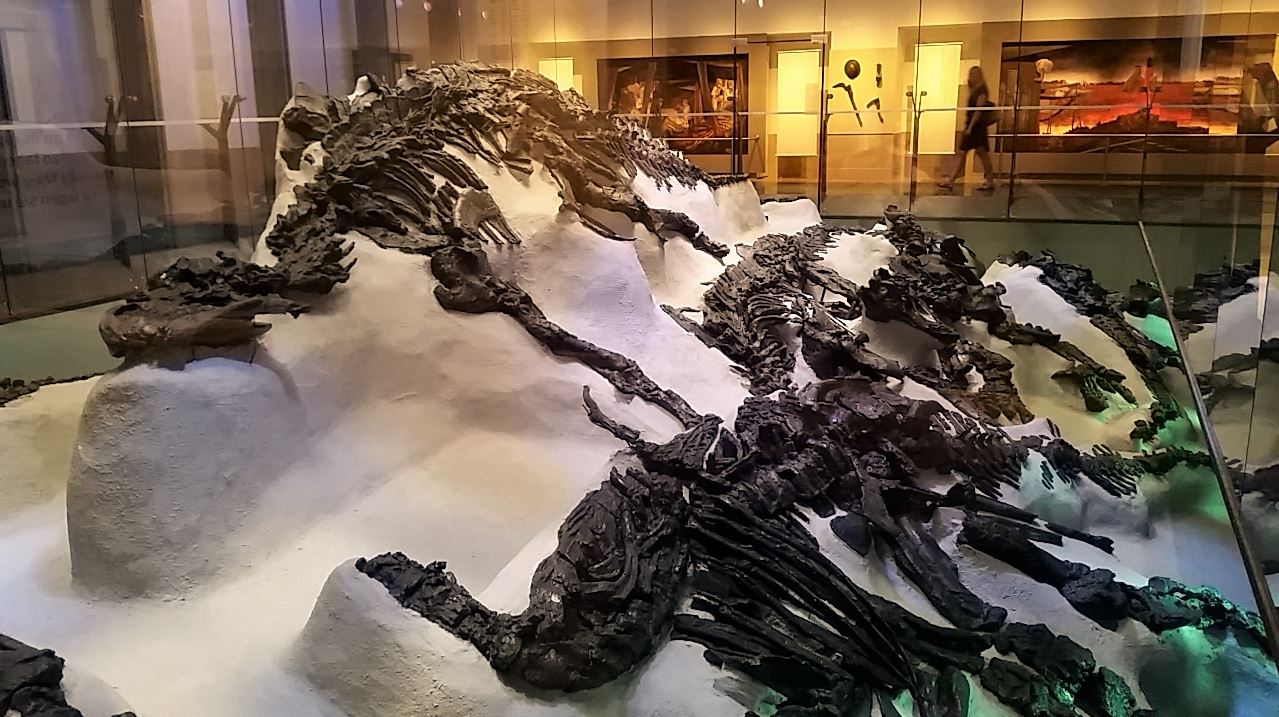 While the Dinosaur Gallery is without a doubt the main attraction of the museum, other not to miss exhibitions include:

– Gallery of Evolution which takes visitors through the evolution of life on earth, from the very first forms of primitive life to giant fish with impressive jaws, giant predatory birds, whales with feet, up to human beings.

– Gallery of Humankind taking visitors on a journey covering 7 million years of evolution.

– Gallery dedicated to 250 years of Natural Sciences showcasing some of the 37 million specimens (minerals, dinosaurs, insects, shells and mammals from both land and sea), that form the museum’s collection. These include amongst others an Antarctic meteorite, a giant mammoth, a Tasmanian Wolf (or Tiger) and a scale model of the Belgica, the ship which took scientists on the first international expedition to the South Pole in 1897. 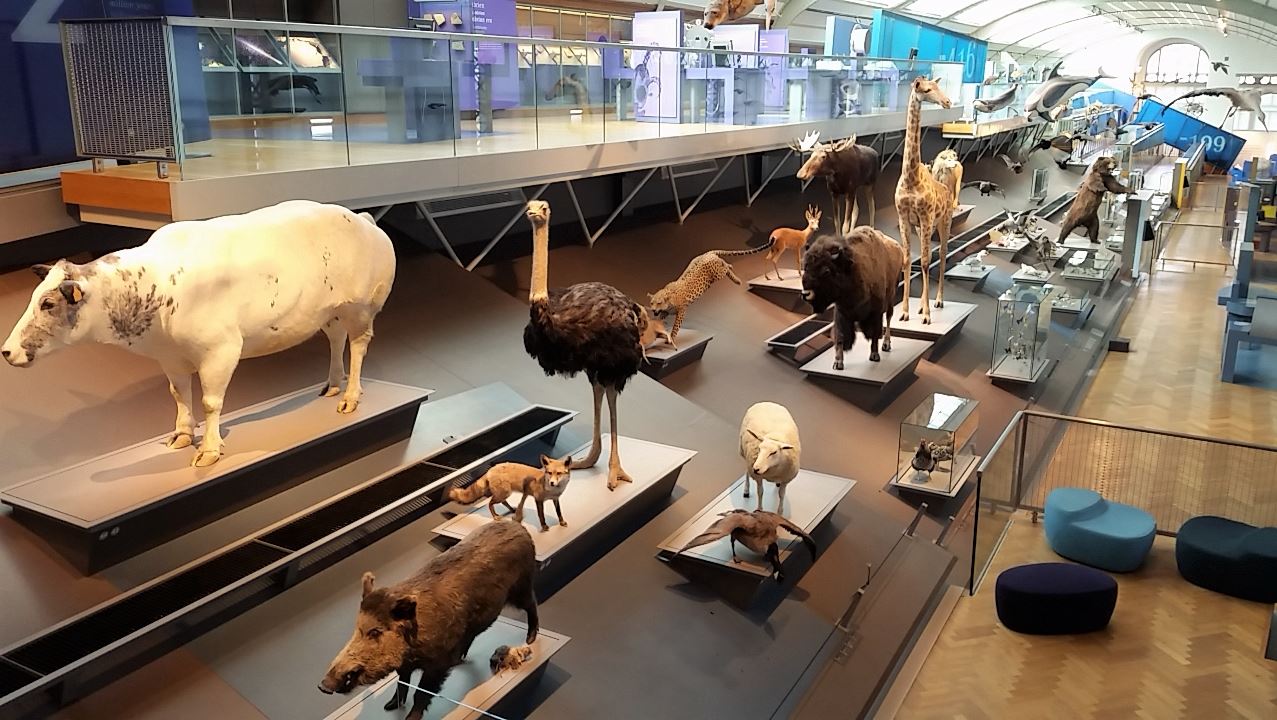 Open daily (closed on Monday, the 25th of December, 1st of January, and 1st of May)
Entrance fee: adults €7 (€9.5 incl.  temporary exhibits), children €4.5 (€7 incl. temporary exhibits)
Free entry after 1pm on the first Wednesday of the month