Emirates Engineering has successfully accomplished the first complete replacement of the landing gear on an Airbus A380. 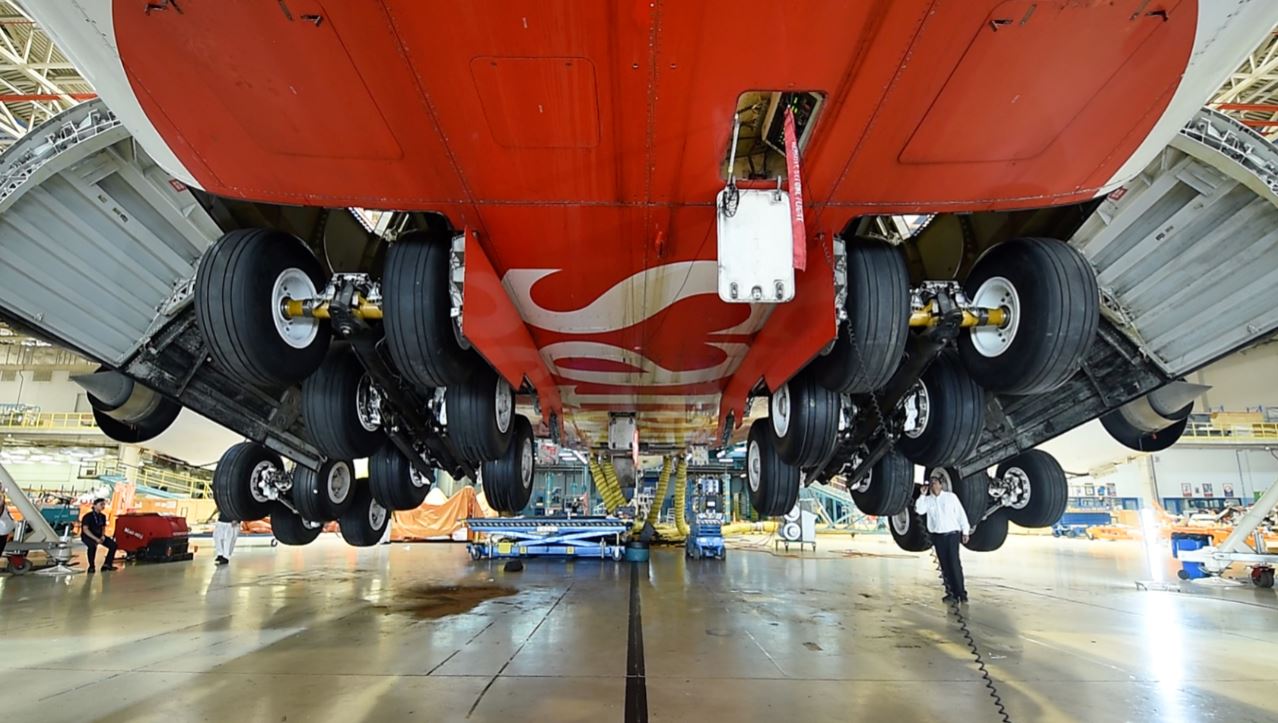 If you drive a car you’ve probably been in the situation where you had to change a tire. For some a piece of cake, for others hell on earth. So imagine what it must be like to change the complete landing gear on an Airbus A380, the biggest airplane in the world.

Comprising five sets of landing gear – two under the wings, two under the body, and one nose landing gear, every Emirates Airbus A380 aircraft has a landing gear system with a total of 22 landing wheels. In addition to the wheels, the landing gear mechanism of the aircraft includes the gear extension and retraction systems, braking and steering controls, and other monitoring systems.

The landing gear of the world’s largest commercial aircraft can support a weight of close to 570 tonnes on take-off and over 390 tonnes on landing. 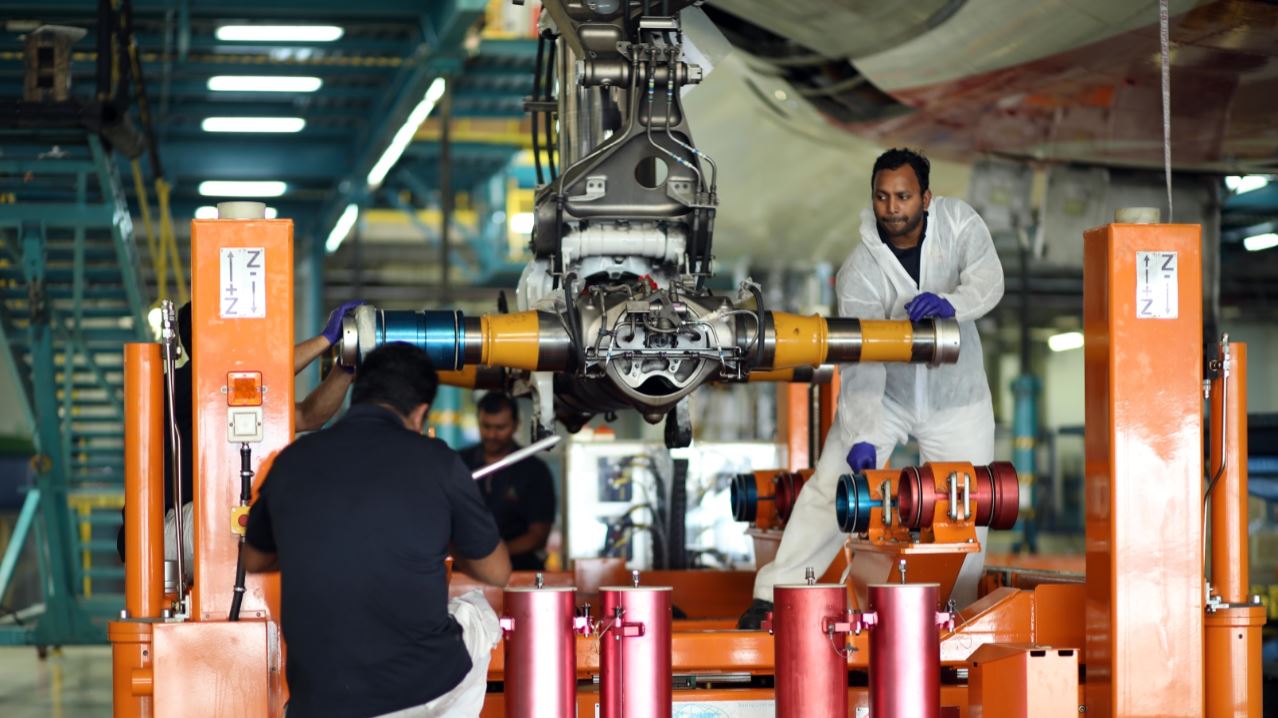 The process of changing all the landing gears was completed in 14 days with the Emirates Engineering team clocking thousands of man hours during this period. For the duration of the work, the entire aircraft was lifted on jacks to support the body of the aircraft.

Below is a spectacular video of the Emirates Engineering team completing the landing gear replacement on A6-EDF.

Two additional Airbus A380 aircraft from Emirates’ fleet are scheduled to undergo a complete change of landing gear systems over 2018.

Pictures and video courtesy of Emirates.