As Norwegian Bliss is getting close to her float out marine life artist Wyland visited the shipyard to add the finishing touches to Norwegian Cruise Line’s newest ship. 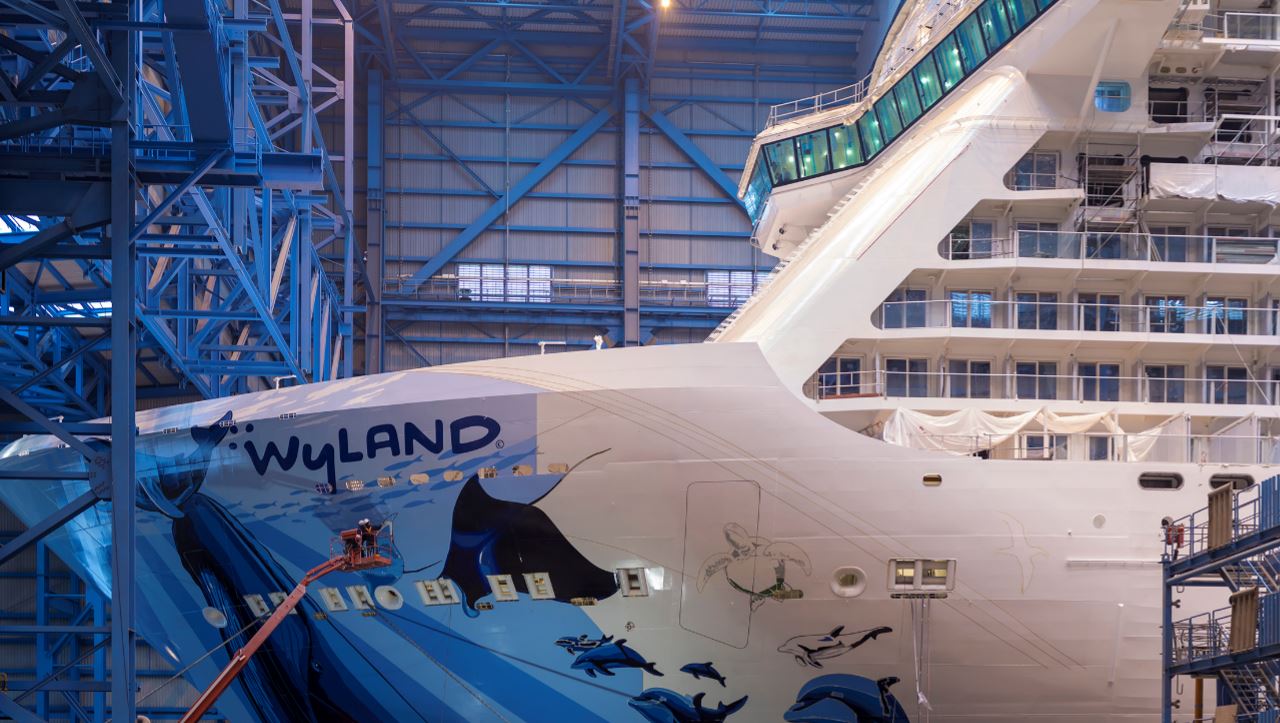 Norwegian Cruise Line has a long-standing tradition of decorating their ship’s with signature art. For Norwegian Bliss the company commssioned marine life artist Wyland to design the hull artwork.

Wyland’s design, which he calls Cruising with the Whales, depicts a humpback whale and her calf as they breach water. As humpback whales are an iconic part of the Alaska landscape – and one of the most compelling sights visitors can see while cruising the Last Frontier – Wyland’s design is perfect for a ship that is designed for Alaska. Also featured in the design are other sea animals like sea lions, porpoises, turtles and sea birds. 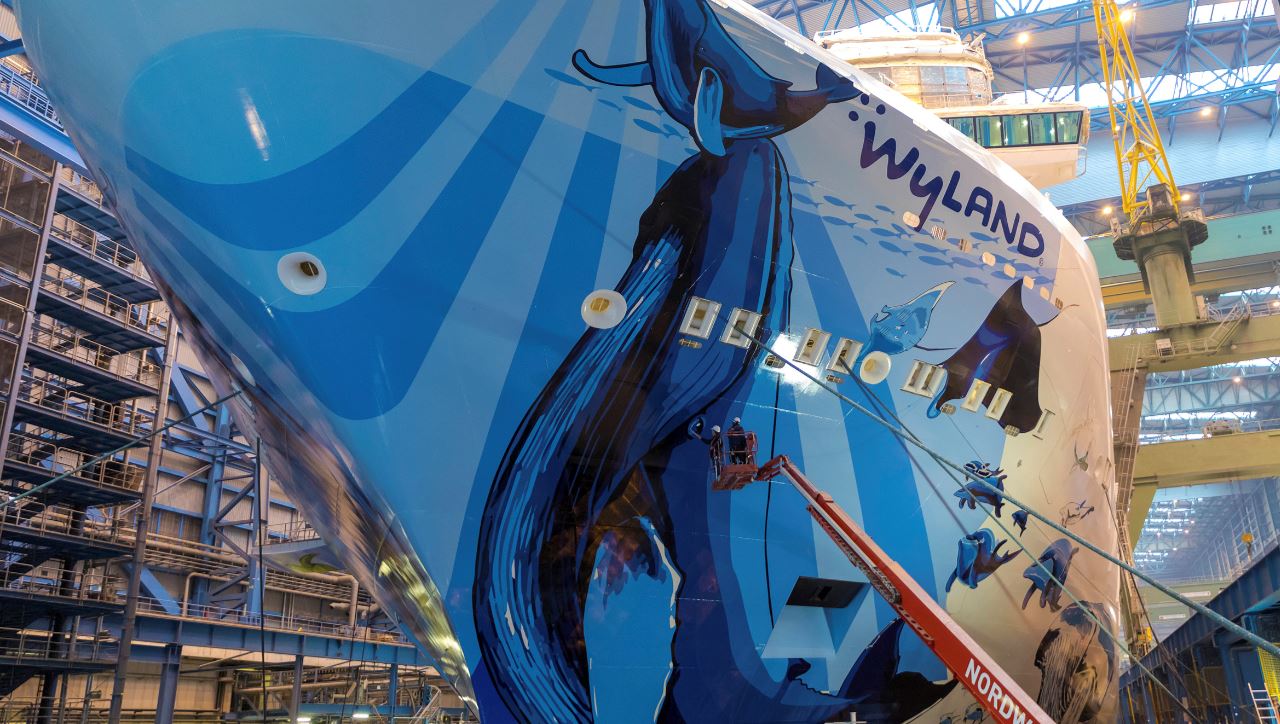 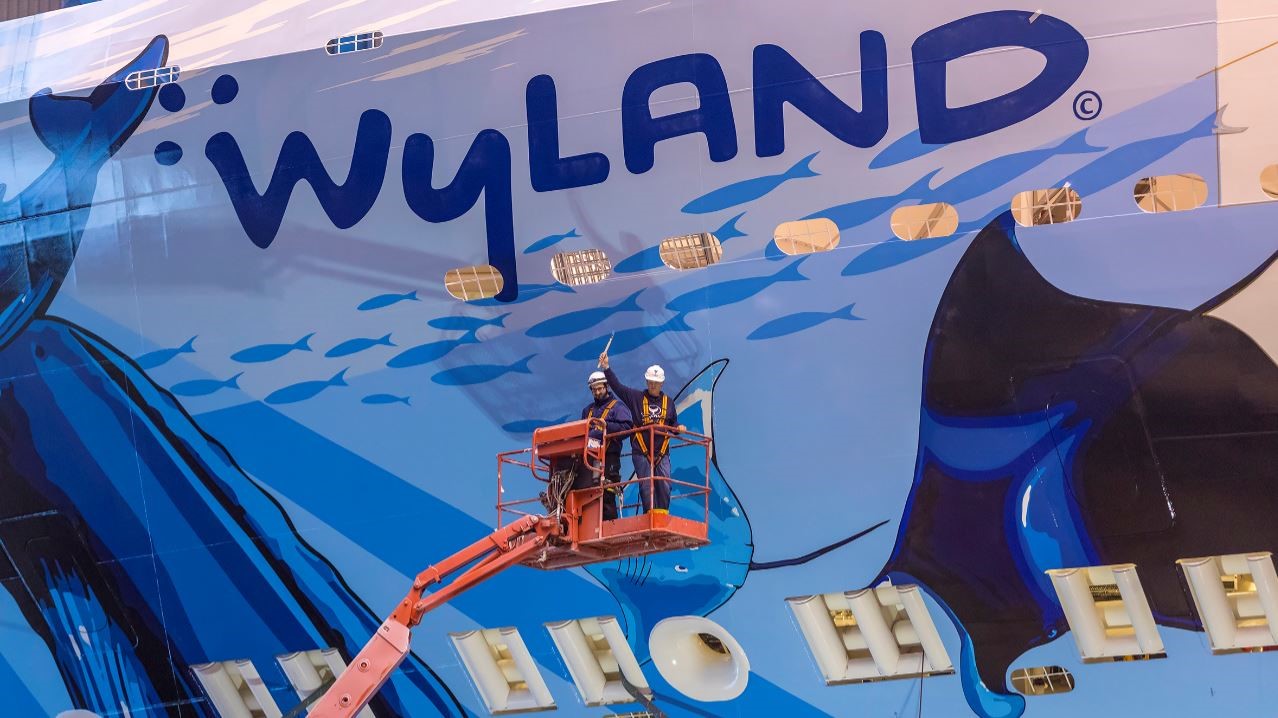 A few days ago the artist visited the shipyard to add the finishing details to his largest and most impressive canvas ever.

Norwegian Bliss is scheduled to leave the drydock mid-February in preparation for her conveyance of the river Ems in March. After a transatlantic cruise and a Panama Canal transit, she will sail north along the West Coast, reaching Seattle for the start of the summer cruising season. Norwegian Bliss will sail weekly seven-day Alaska cruises each Saturday from Pier 66 in Seattle.

After her inaugural summer season Norwegian Bliss will sail to Miami from where she will offer Mexican Riviera cruises which will feature calls in Puerto Vallarta, Mazatlán, Cabo San Lucas and Ensenada, Mexico.