One of the best reasons to visit Ghent, Belgium, in winter is the Ghent Light Festival (Lichtfestival). Organised for the first time in 2011 the city’s nights become the backdrop for a surprising spectacle, ingenious installations, spectacular performances and beautiful events, all based on light. 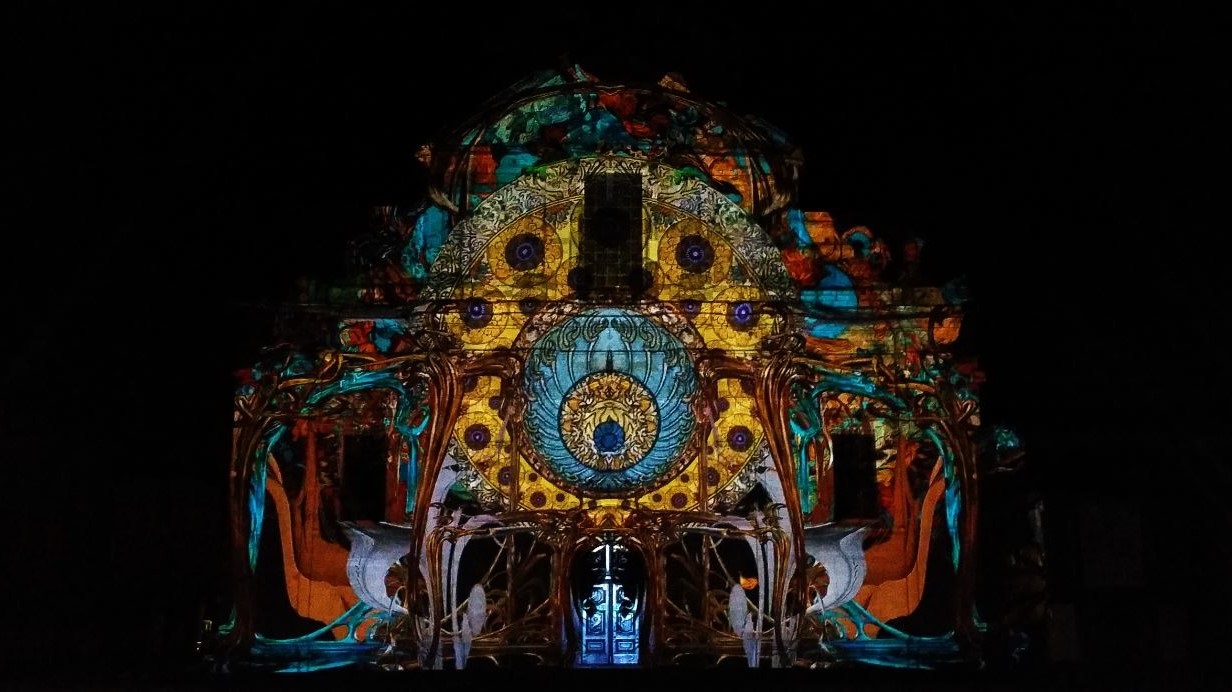 This year the Ghent Light Festival was organised for the fourth time giving visitors a chance to discover the historical city centre, the arts quarter and Ghent’s industrial history like never before.

The Light Festival takes visitors on an almost 7km-long (4miles) route past 37 lightprojects. 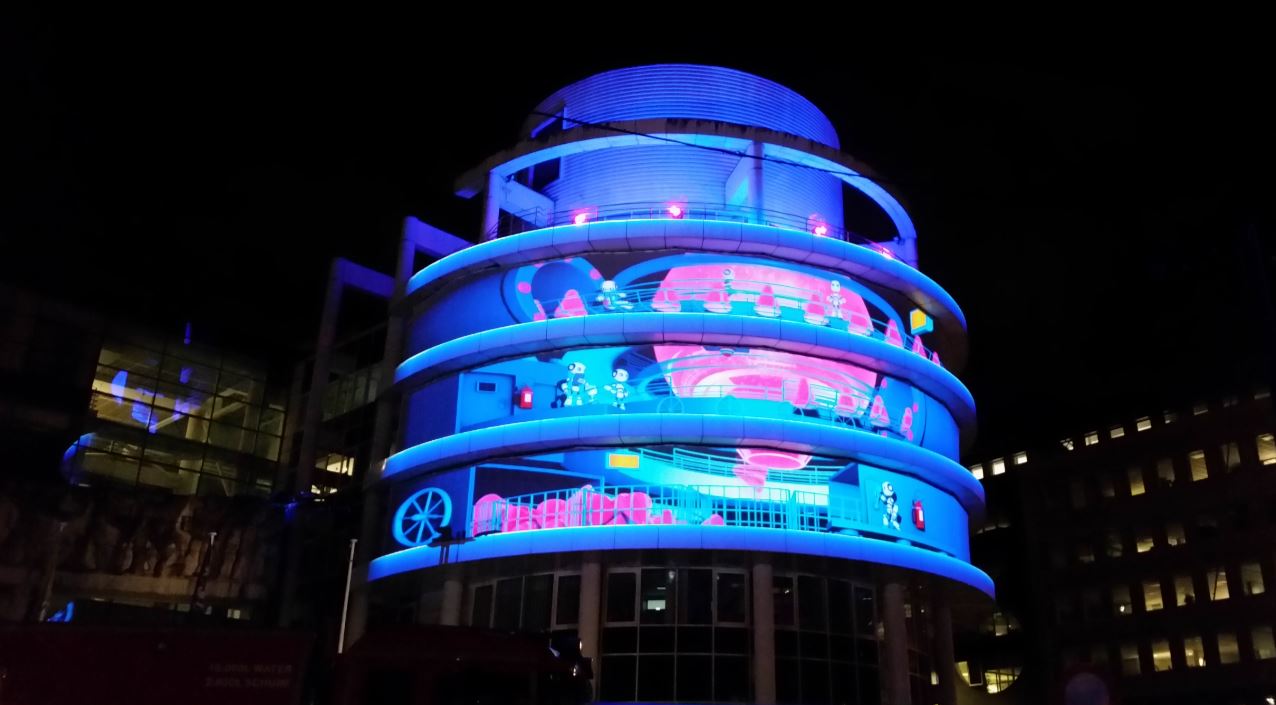 We started our tour watching “TO THE RESCUE“, a combination of video mapping and live show on the Woodrow Wilson Square. 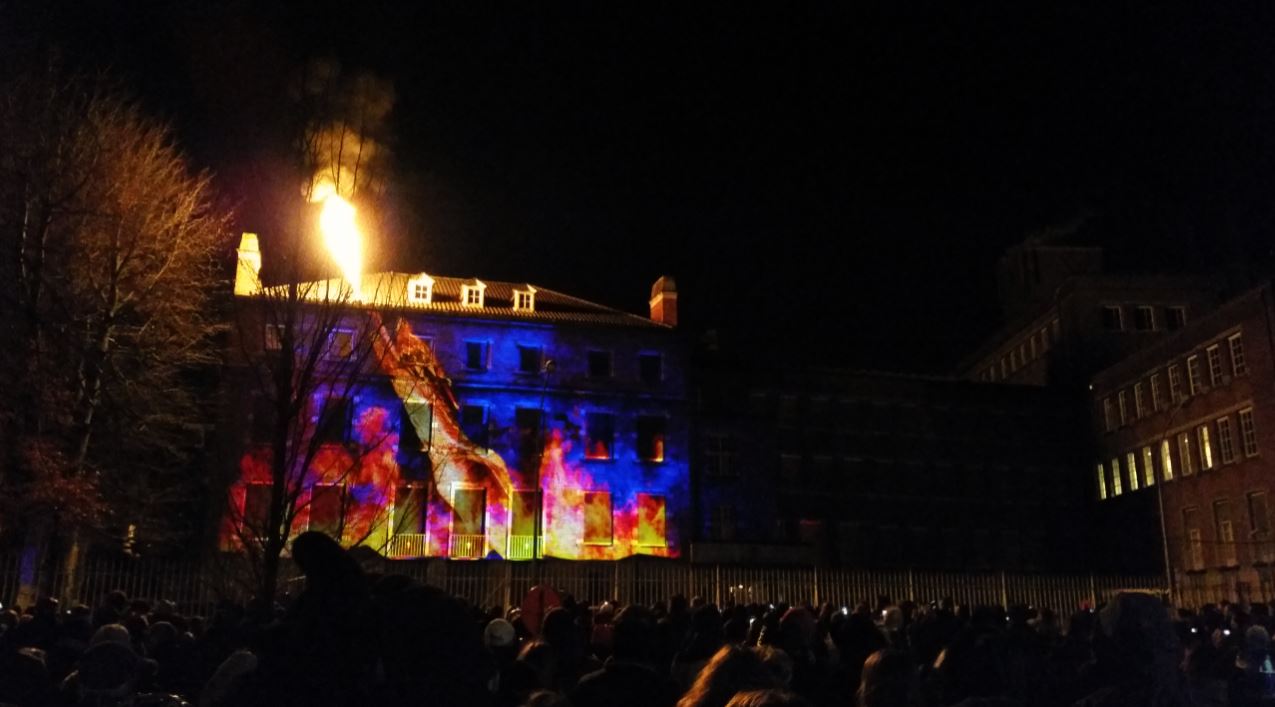 According to legend there has been a dragon in the tower of the belfry of Ghent since 1377. The dragon is the symbolic treasurer of the belfry and has kept an eye on the city for centuries. ‘FORGOTTEN’ adds an imaginary piece to the legend: for fear that the dragon would reveal the secrets of the city, the inhabitants of Ghent locked the monster up in the cellar of the belfry. For centuries, the dragon had been almost forgotten, until now. After nearly 500 years, the dragon has regained its strength, ready to take revenge and to spit fire!

“KEYS OF LIGHT” is a unique installation which is controlled entirely by the visitors: anyone who plays the piano can bring the surroundings to life through interactive projections on the surrounding buildings. 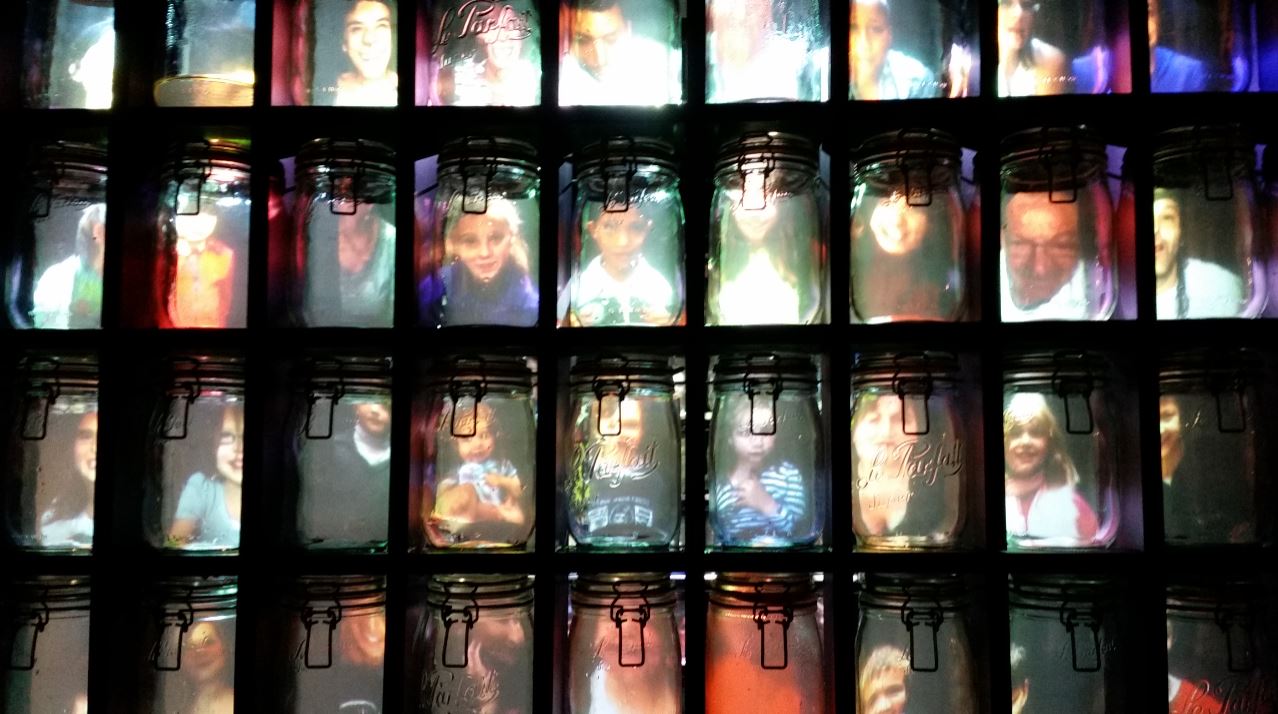 “SUPERCUBE, THE INCREDIBLE COLLECTION” shows 448 glass jars stacked neatly in a row. Behind each illuminated glass is a different miniature tableau, populated by unique characters: a laughing baby, a pink elephant, a dancing man, a giraffe. 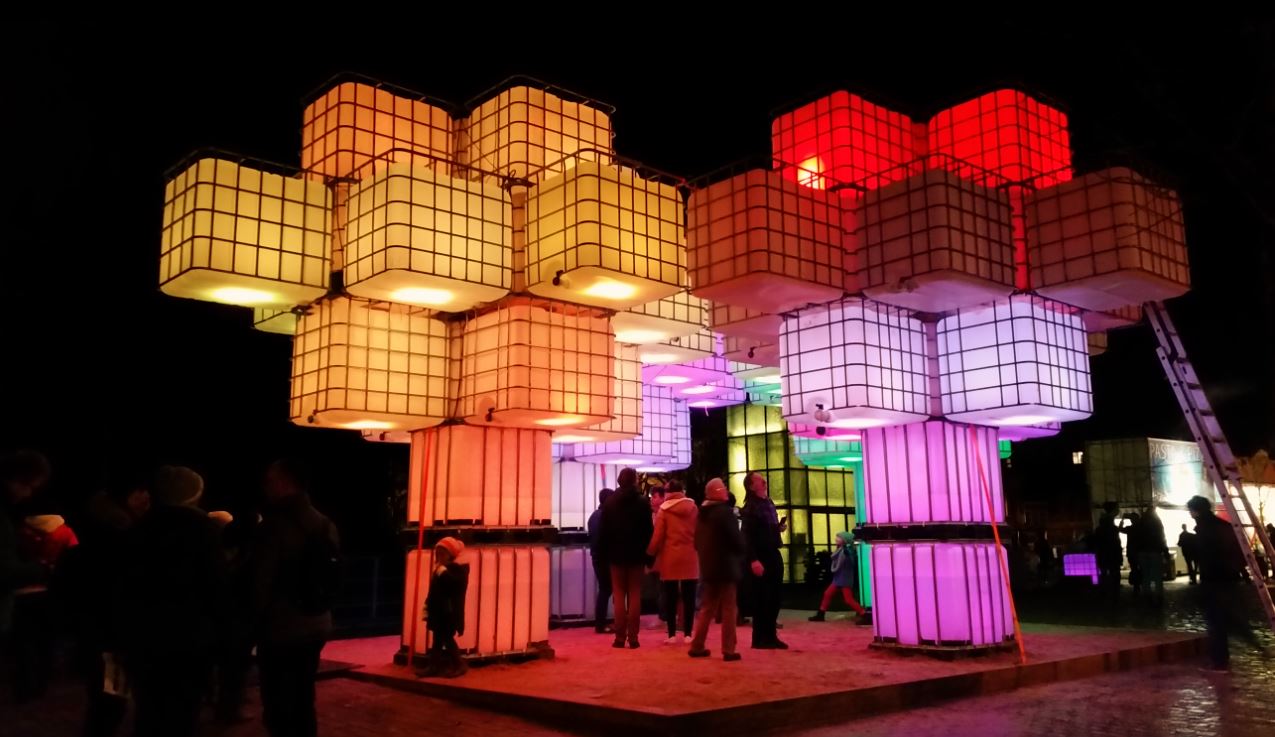 “PIXEL FORREST” is a collection of upside-down water containers transformed into a landscape of illuminated trees, like a pixelated wood in the city. 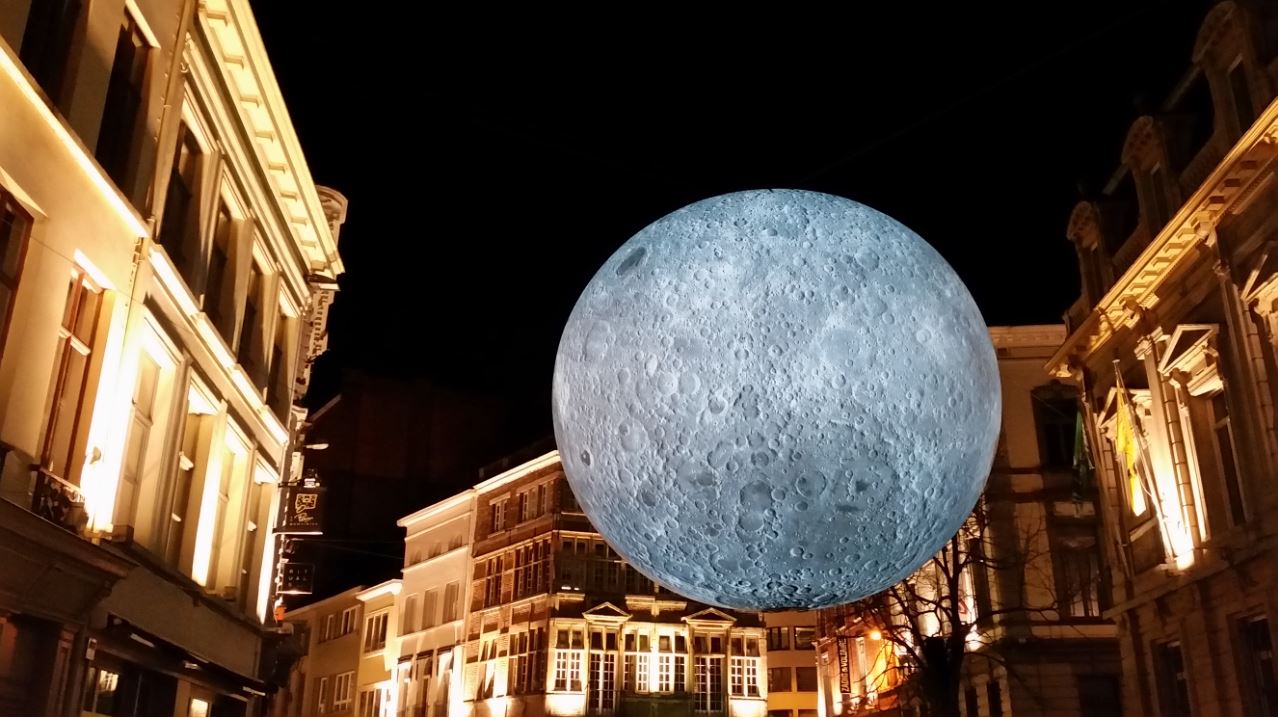 “MUSEUM OF THE MOON”, an impressive – no less than 7 metres in diameter – reproduction of the moon floats above our heads, bringing us closer than ever to the celestial body.

Despite being named “one of the best authentic destinations in the world” by National Geographic Traveler Magazine and the “European city-break sensation of the year” by Condé Nast Traveller, the city of Ghent is pretty much still a well-kept secret. Yet with the medievel Castle of the Counts right at the centre of the city, the splendid views of the Graslei and Korenlei, the Adoration of the Mystic Lamb – the triptych by the Van Eyck brothers, a unique row of three medieval towers and the largest outdoor city festival in Europe, Ghent is definitely worth a visit.