Viking Cruises has announced that American chemist, emergency room physician and recently retired NASA astronaut Dr. Anna Fisherwill be honored as godmother to its fifth ocean ship, which will debut in July 2018. The new ship has been named Viking Orion after the prominent constellation and in honor of Dr. Fisher’s contributions to NASA’s Orion exploration vehicle project.

The 930-guest Viking Orion  reached a major construction milestone last week, when the ship met water for the first time during her “float out” ceremony at Fincantieri’s Ancona shipyard. Dr. Fisher attended the ceremony and assisted with several maritime traditions. 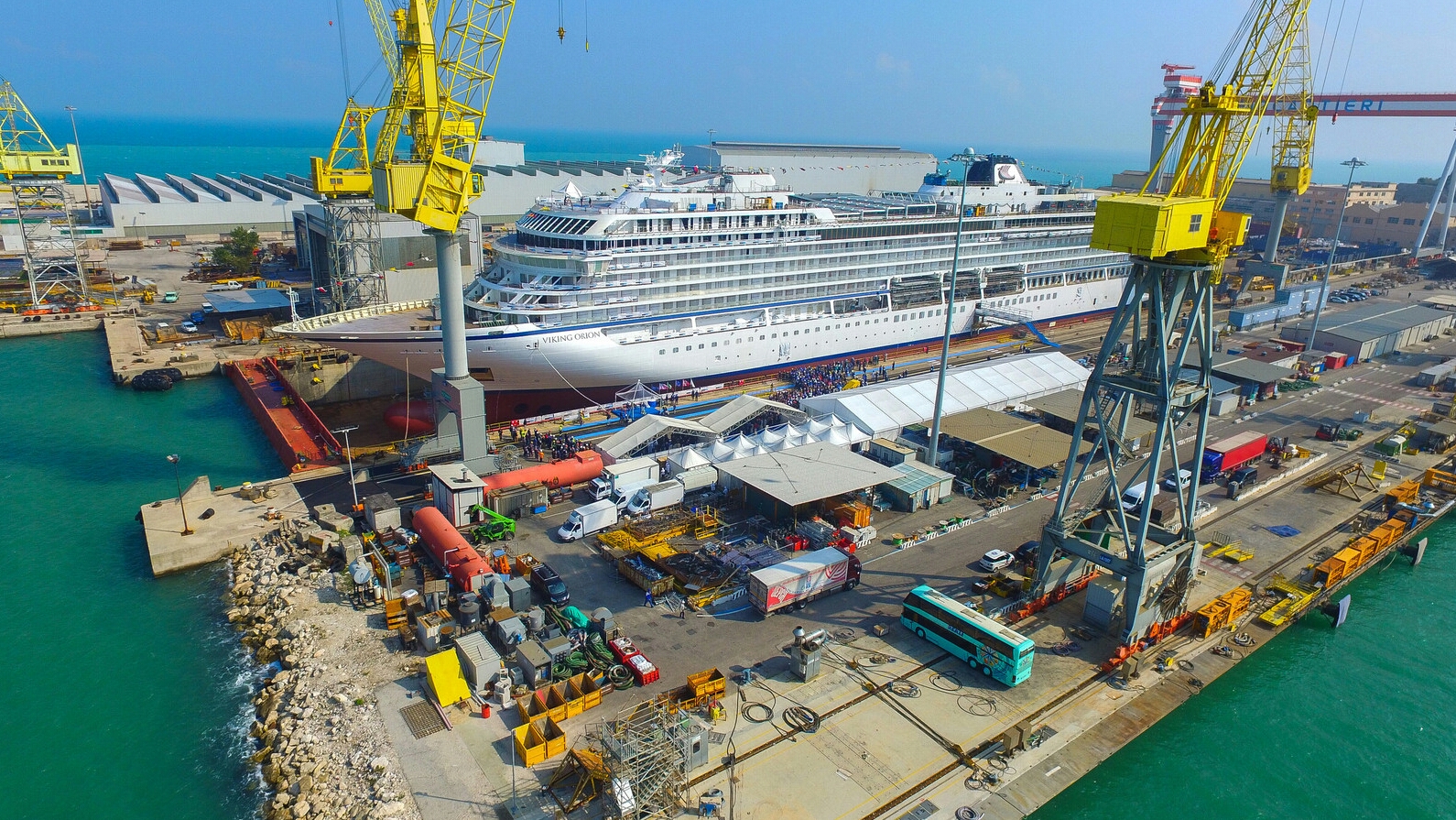 “Vikings were the original long-distance explorers and the first to use the stars and constellations as a way to navigate uncharted territory. The spirit of exploration is at the heart of everything we do, and so I am especially proud that an astronaut will be honored as godmother to our new ship. Dr. Fisher is a past Viking guest, a fellow scientist and a true explorer. As one of the first women in space, she has inspired generations of curious minds, and I look forward to welcoming guests onboard Viking Orion to learn more about her impressive career in space exploration.” – Torstein Hagen, Chairman of Viking

“The idea of exploring new territories has always appealed to me, whether through science or by traveling the world. I was 12 years old when I heard Alan Shepard’s voice on the radio during his sub orbital flight, and at that moment, I knew that I also wanted to explore beyond earth’s atmosphere. I knew from that young age that I wanted to be an astronaut. I always wanted to be an explorer and I am proud and honored to be godmother to Viking Orion – a ship that was designed to help her guests see more of the world.” –  Dr. Fisher, godmother to Viking Orion

Viking Orion will spend her maiden year sailing itineraries in the Mediterranean, before making her way to Asia, Australia and then Alaska.

Viking Orion, formerly known as Viking Spirit, is the fifth of eight ocean cruise ships currently planned for the fleet. By 2019 Viking will welcome its sixth ship and will become the largest small ship ocean cruise line. Two additional ships are on order for delivery in 2021 and 2022. Viking’s ocean fleet features understated elegance and modern Scandinavian design.