According to the old shipping tradition symbolic coins – to bring the ship good luck -were placed in the central block of the ship at the Meyer shipyard in Turku. 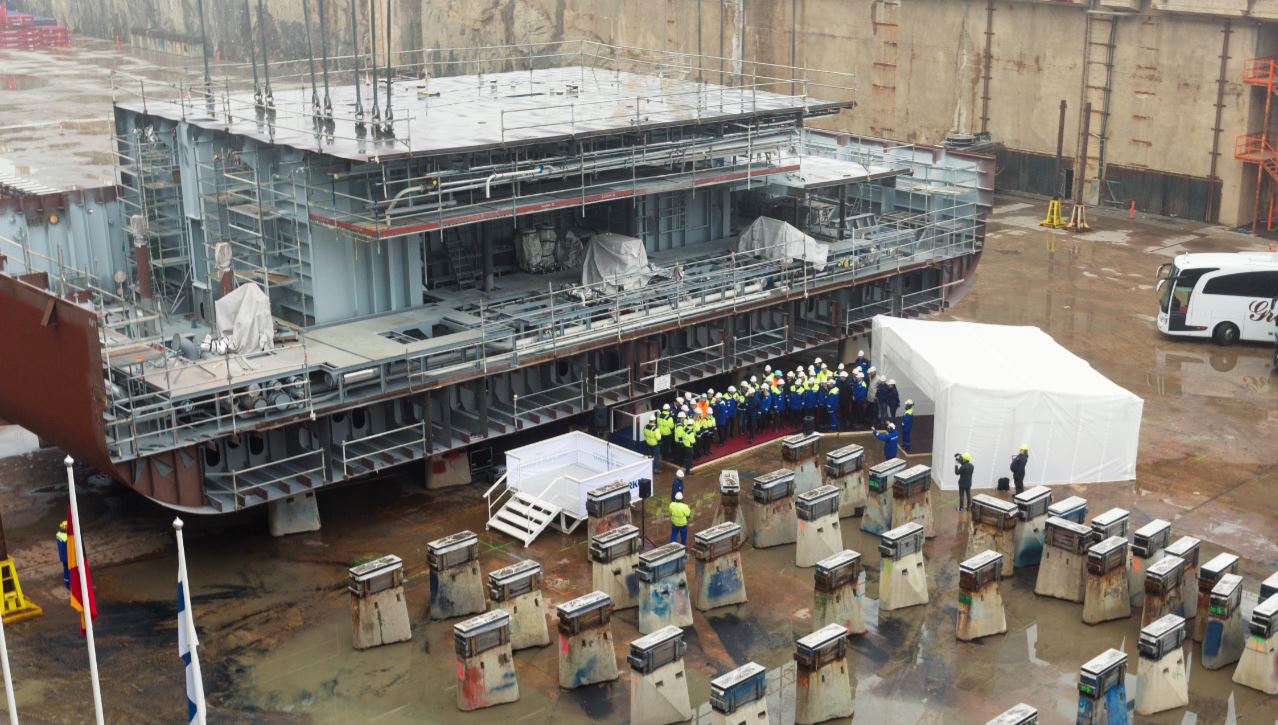 The new Mein Schiff 2 will be put into service at the beginning of 2019 and will – together with the Mein Schiff 1 – be the starting point for a new generation of ships for the Hamburg-based cruise company. Both sister ships will be about 20 meters longer than the recent Mein Schiff 5 and Mein Schiff 6. In addition to even more space to “feel good” they will offer a greater variety of cabins and suites.