The biggest cruise ship in the world finally has a name.

During a spectacular ceremony in the Aqua Theater on board Royal Caribbean’s newest and biggest cruise ship, Richard Fain, chairman of Royal Caribbean, together with Brittany Affolter officially named the vessel Harmony of the Seas.

Brittany Affolter, a 23 year old teacher from Miami, was selected from over 1,000 candidates, as the ideal godmother for the ship. You can read more on Harmony of the Seas’ godmother by clicking here .

At the beginning of the ceremony Richard Fain, talking about Harmony of the Seas, told the audience: “The DNA (of the ship) may be the same, but we took the best ideas from recent ships, including Quantum Class, and used them here.” He continued: “We decided to use technology as an important part of the process.”

During the ceremony one of the Royal Caribbean aerialist acrobats descended on guide wires delivering a trigger button to Fain and Affolter. As the new godmother pushed the blue button she activated one of the robots from the Bionic Bar. Consequently the robot bartender, as if shaking a cocktail, pushed another button releasing a giant bottle of champagne.

Hundreds of guests, media- and travel partners as well as VIP’s watched a the specially produced “Sovereign” size bottle of Veuve Clicquot champagne slid down the ship’s zipline and smashed into a steel nameplate above the pooldeck.

A “Sovereign” sized bottle of champagne equals 35 regular bottles and contains about 26 liters of champagne, good for 200 glasses. The first bottle of it’s kind was produced in 1988, for the naming ceremony of the largest cruise ship in the world at the time, named Sovereign of the Seas. Talk about coincidence…

The naming ceremony culminated in a concert by Grammy Award winner Jon Secada, who once performed on Royal Caribbean ships, and a fireworks display above the new Harmony of the Seas. 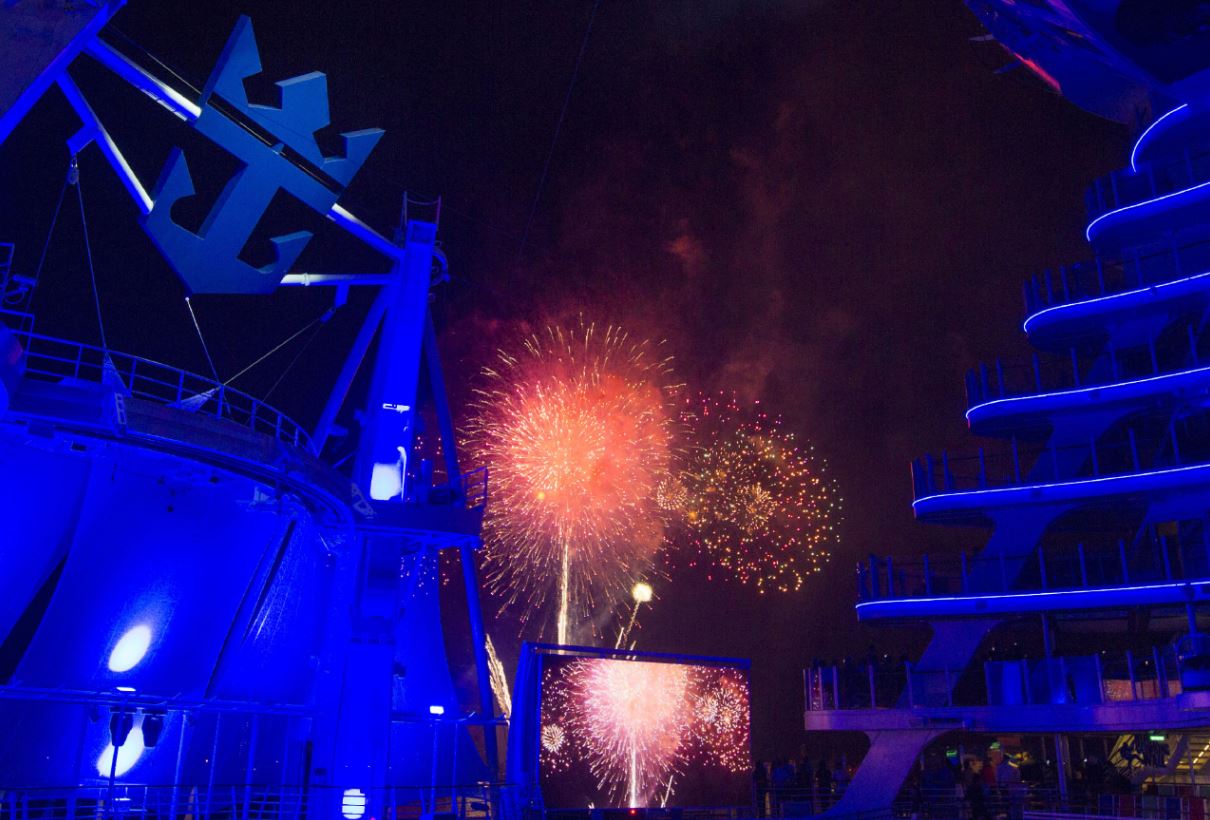 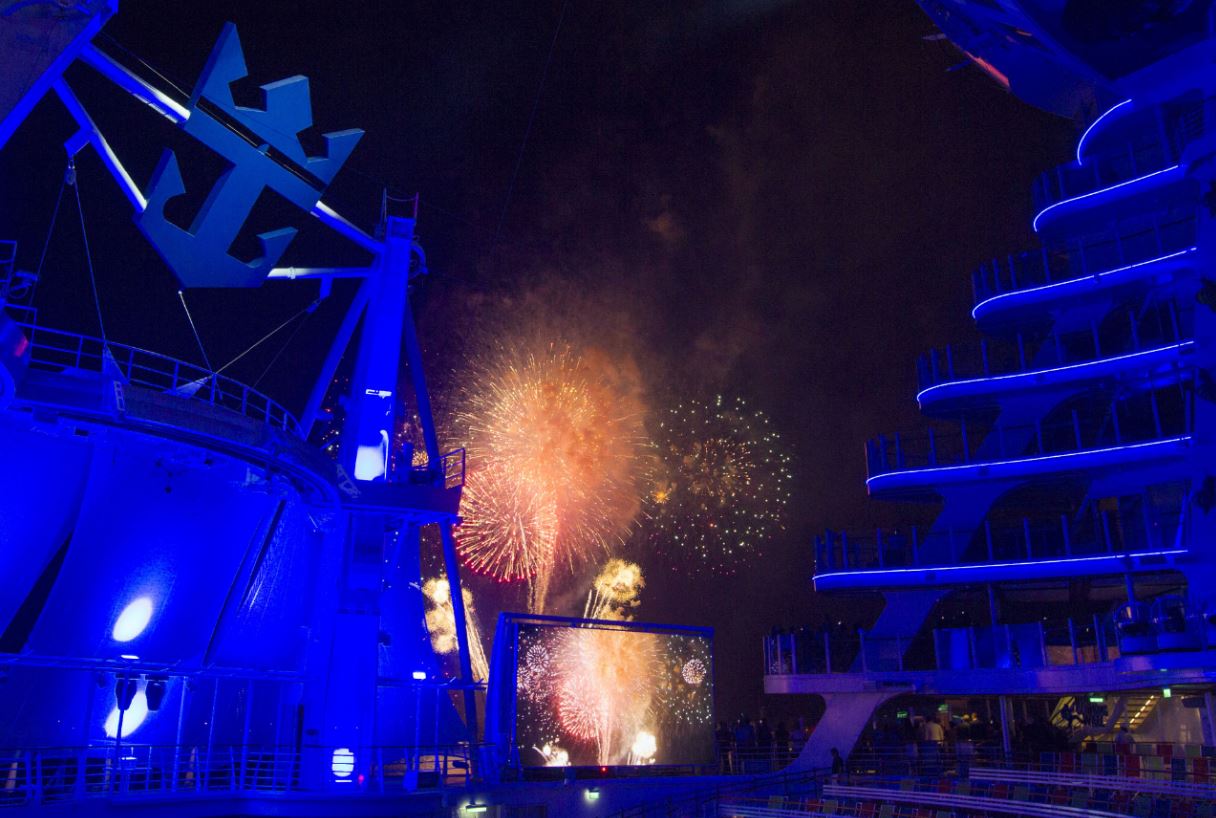 The 5,497-passenger Harmony of the Seas joins sister ships Allure of the Seas (also in Port Everglades, Fort Lauderdale) and Oasis of the Seas (in Port Canaveral, Orlando) offering seven-night itineraries to the Eastern and Western Caribbean.