Somewhere in the middle of the Atlantic Ocean we thought it was about time we had lunch in style at the S.S. United States Restaurant onboard Celebrity Infinity.

Inspired by the S.S. United States, one of the most famous ocean liners of the 1950s and 1960s, Celebrity is honoring maritime history by recreating her intimate, 40-seat restaurant on the Infinity. One of the secrets behind the S.S. United States’ speed was the innovative use of lightweight aluminum. She was built almost entirely with fire-resistant or nonflammable materials to keep her safe, light and fast. That’s why there are no draperies or other “soft” decor elements in the S.S. United States Restaurant, just like in the original liner. The large porthole windows, white tables and walls with blue and red accents give a sense of grande art deco ambiance. 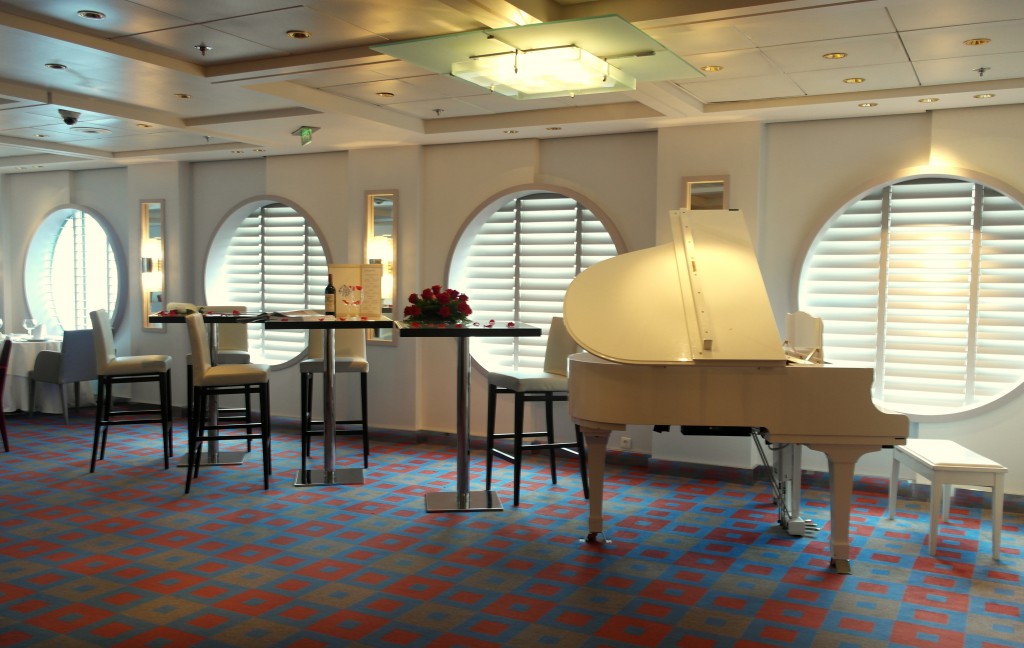 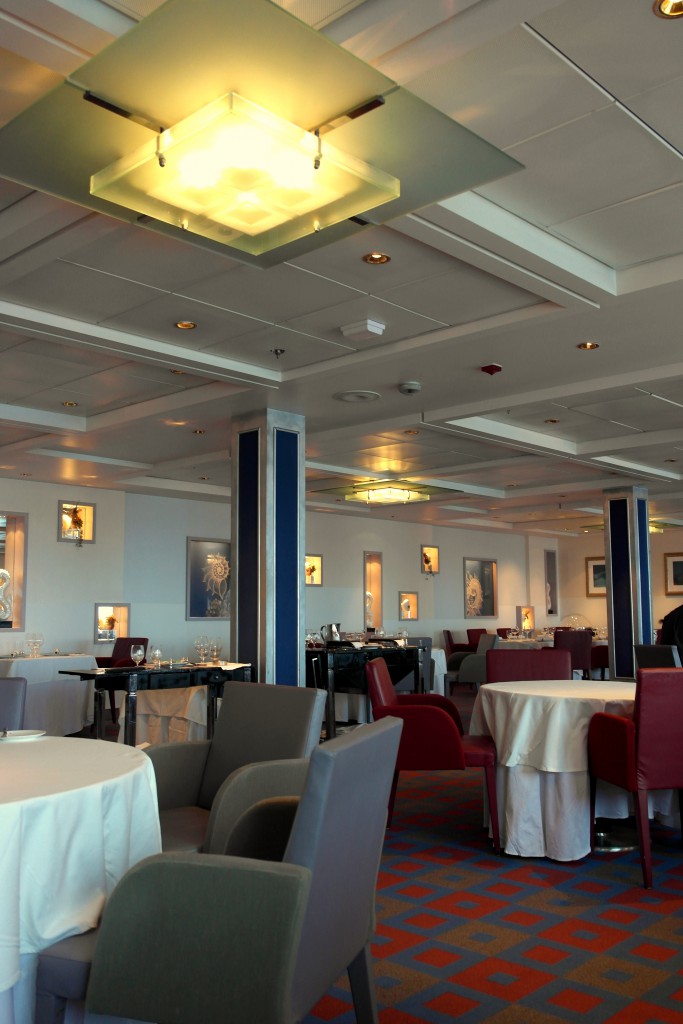 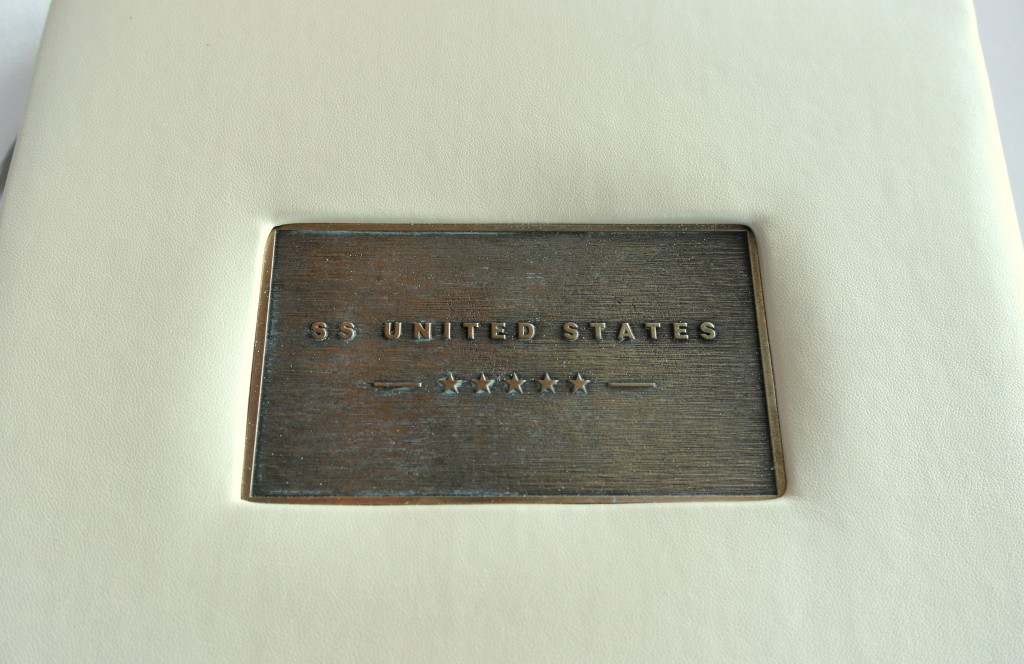 As we had read on the internet, dining in the S.S. United States restaurant can be a hit or a miss. In our case we were somewhat disappointed. The restaurant has a wonderful timeless design and the service was indeed impeccable. The food on the other hand was good, but not excellent. The seared scallops looked and tasted more like burned scallops. The lobster tail was just that a lobster tail with peas. Not bad, but not better than the lobster we have eaten in the main dining room on other cruises. The filet mignon was as expected tender and tasteful. Dessert was everything we thought it would be, sweet  and not enough…