Princess Cruises has announced that three more of its ships are to be fully Princess Medallion-activated, meaning a total of five ships in the fleet will feature the award-winning technology. 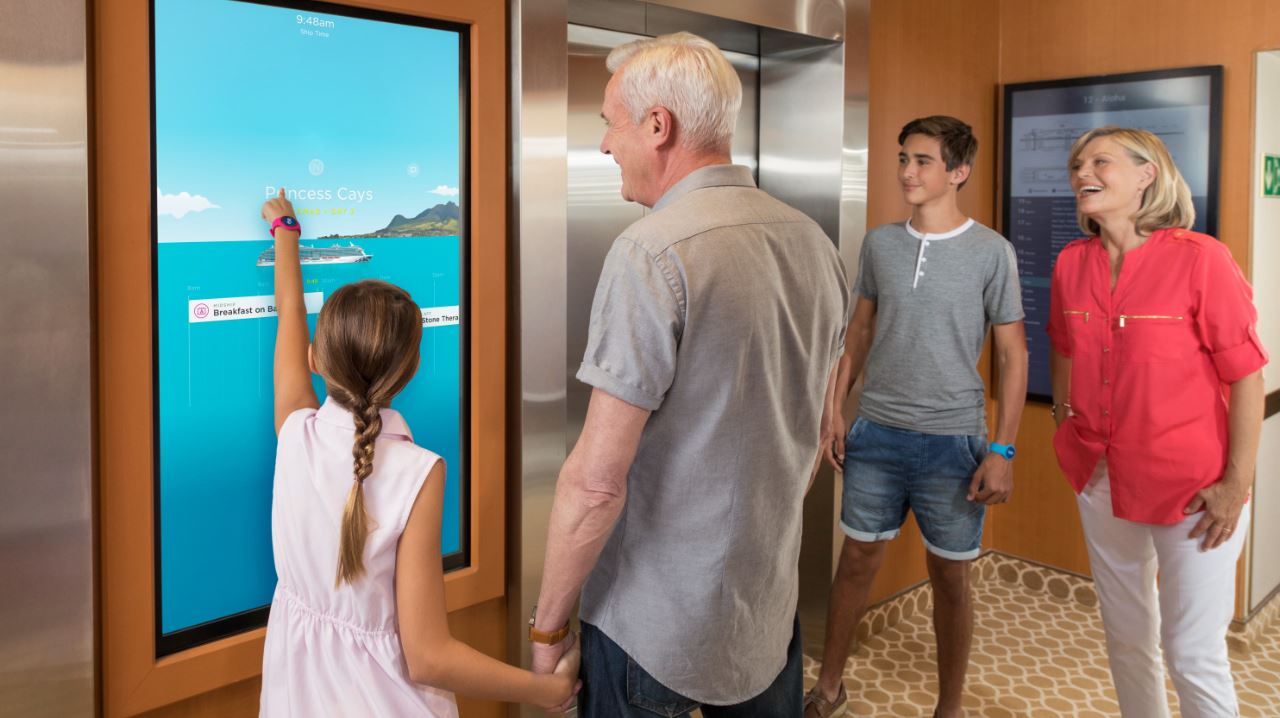 Starting in April, Princess Cruises will continue the expansion of its award-winning technology to a total of five Princess Medallion ships this year.

The Medallion will be available on the 3,080-guest Crown Princess in July as she sails the British Isles from Southampton and will be followed by the 3,560-guest Royal Princess in April as she departs for her maiden Alaska season.

The 3,660-guest Sky Princess, which joins the fleet in October, will be Medallion-ready when she embarks on her maiden season in the Mediterranean before heading to the Caribbean. This means all of Princess’ Caribbean-based ships will have full Medallion services from this Autumn.

The Medallion is a wearable device, the same size as a 10p piece, is fully-automated and has no visible technology such as an on-off switch or charging function. The Medallion can be worn as a wristband, pendant, clip or can simply be kept in your pocket or bag.

– A streamlined embarkation and disembarkation process, giving quicker and easier access to the ship

– On demand beverage delivery, whereby guests will be able to order drinks and have them delivered directly throughout the ship and to their stateroom

– OceanCompass, which provides interactive directions throughout the ship and allows guests to easily locate friends, family and their children

– Easy payment for merchandise, drinks, shore excursions and other onboard services

– Access for guests to their real-time itinerary via portals throughout the ship, along with events and activities taking place during their cruise

– Interactive games that can be played on portals across the vessel and the top deck ‘Movies Under The Stars’ screen, including trivia challenges and a ship-wide digital scavenger hunt

– A selection of casino games including poker, bingo and roulette available via guests’ smart devices and select portals

The three newly-announced ships will join the 3,140-guest Caribbean Princess and 3,560-guest Regal Princess, which are already Medallion-enabled.