What’s the best way to start a new year and escape the winter cold? By going on a cruise of course! That’s why, in a few days time, we will set foot aboard MSC Sinfonia for an 11-day winter escape. 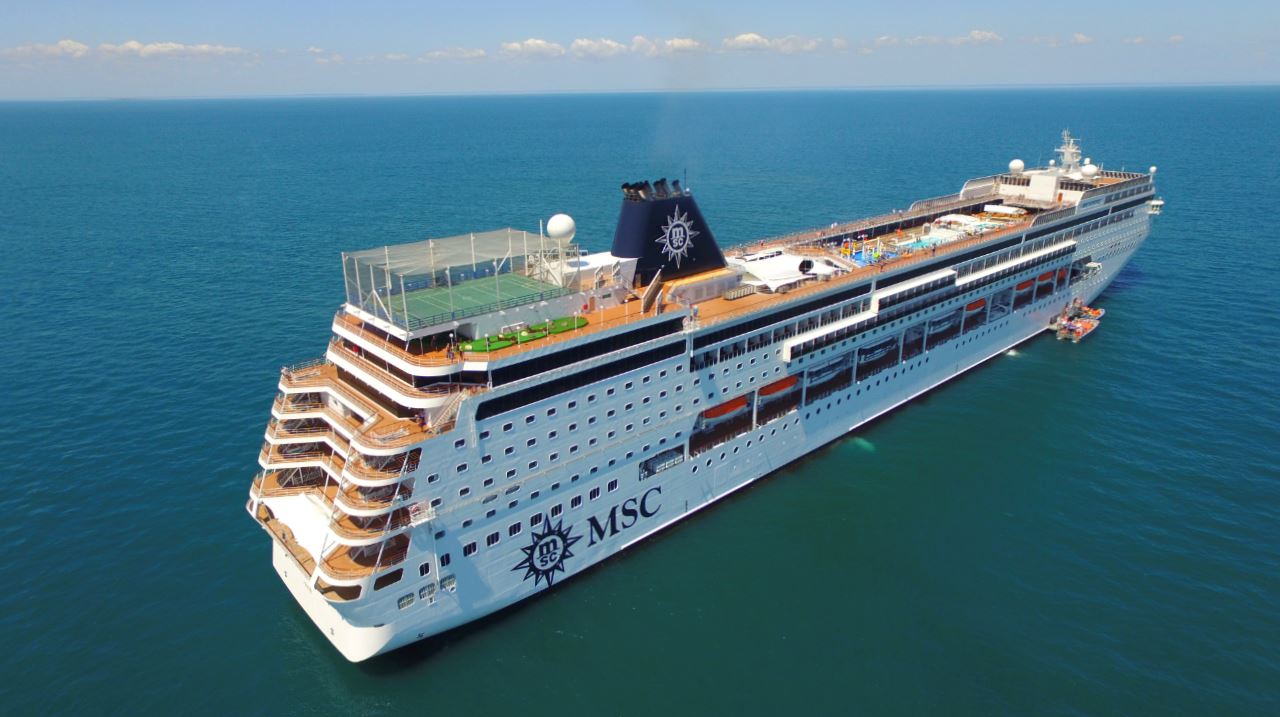 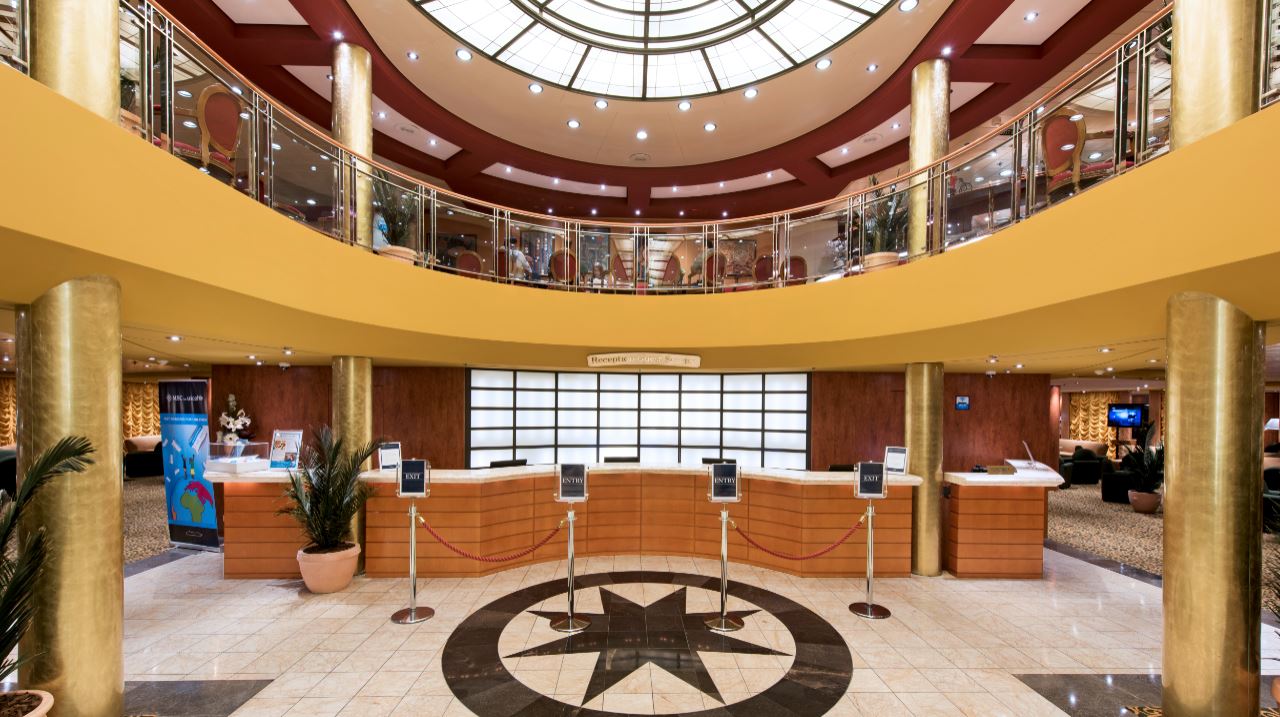 Early 2015 MSC Sinfonia received major upgrades as part of the cruise line’s Renaissance Programme. The €200 million programme was undertaken to renew and enlarge the four ships of the Lirica Class – MSC Armonia, MSC Sinfonia, MSC Lirica and MSC Opera. During a 10-week dry dock Sinfonia’s hull was cut in half and a prebuilt 2,200GT, 24-metre midsection containing 193 extra cabins inserted. During the dry dock workers also renewed much of the ship’s interior, including purpose-built areas for babies, kids and teens, new dining options and lounges. 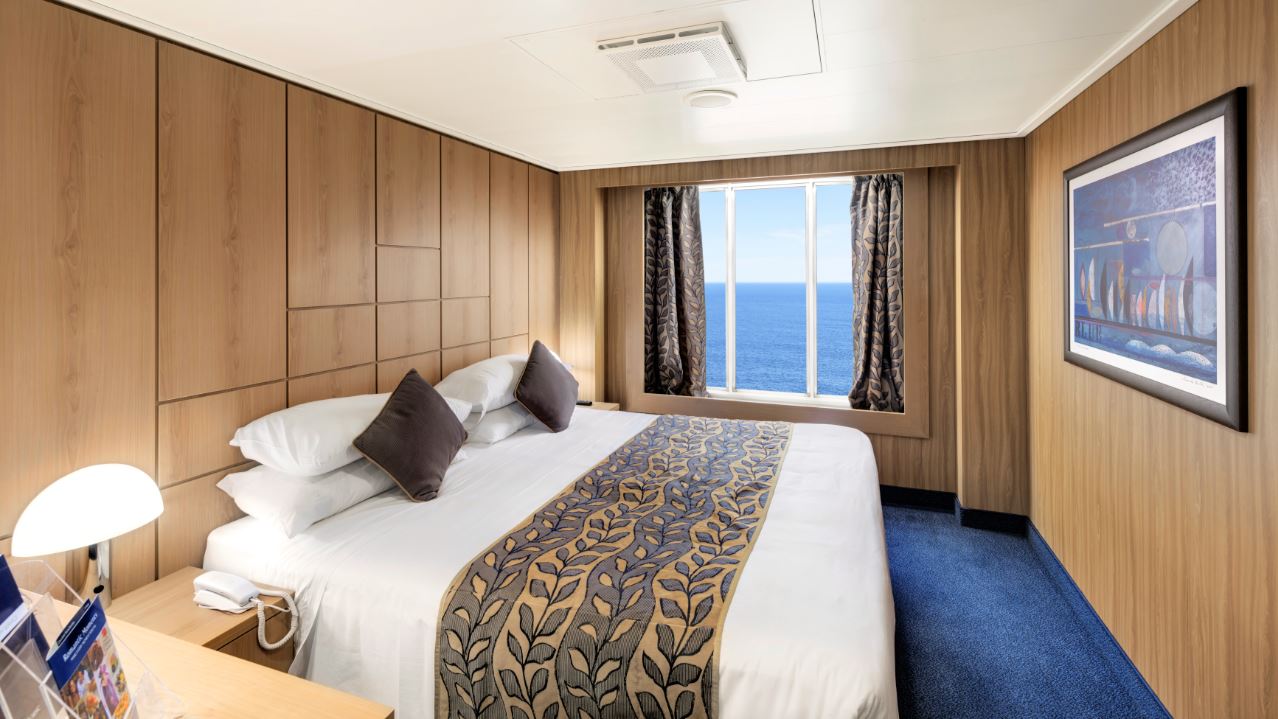 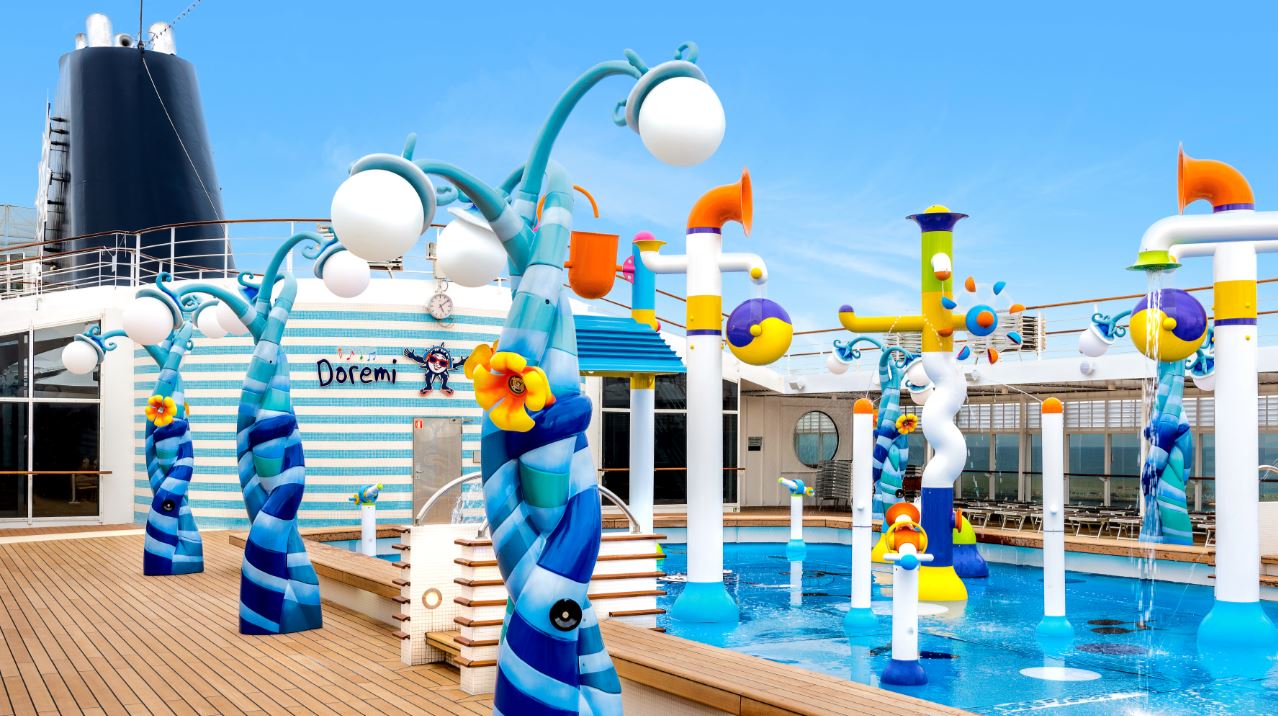 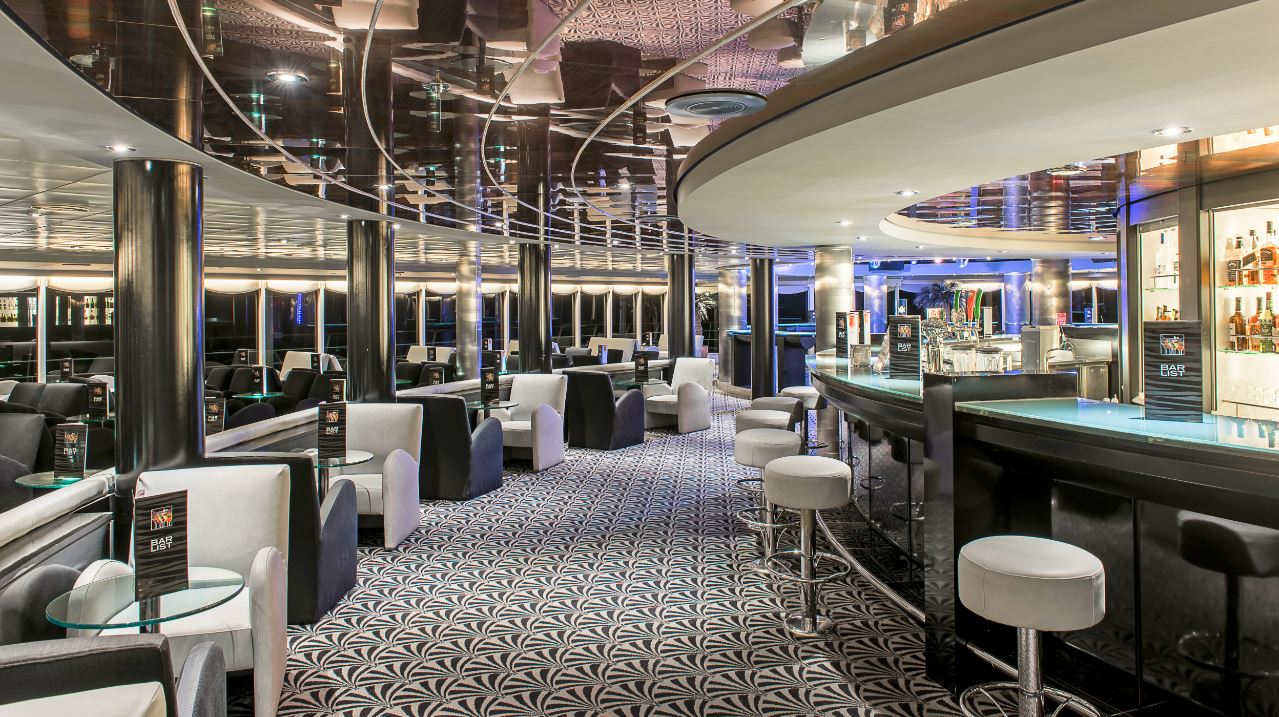 Our first cruise of 2019 will depart the beautiful city of Barcelona on a 10-night trip in the Western Mediterranean. Spain’s second city is one of our favourite cruise ports and offers more world-class art museums, bars, galleries and shops than you could ever imagine. And if you haven’t visited Antoni Gaudí’s Sagrada Família and Casa Batlló, walked down the Ramblas or gotten lost in the medieval Barri Gòtic you simply haven’t experienced Barcelona. 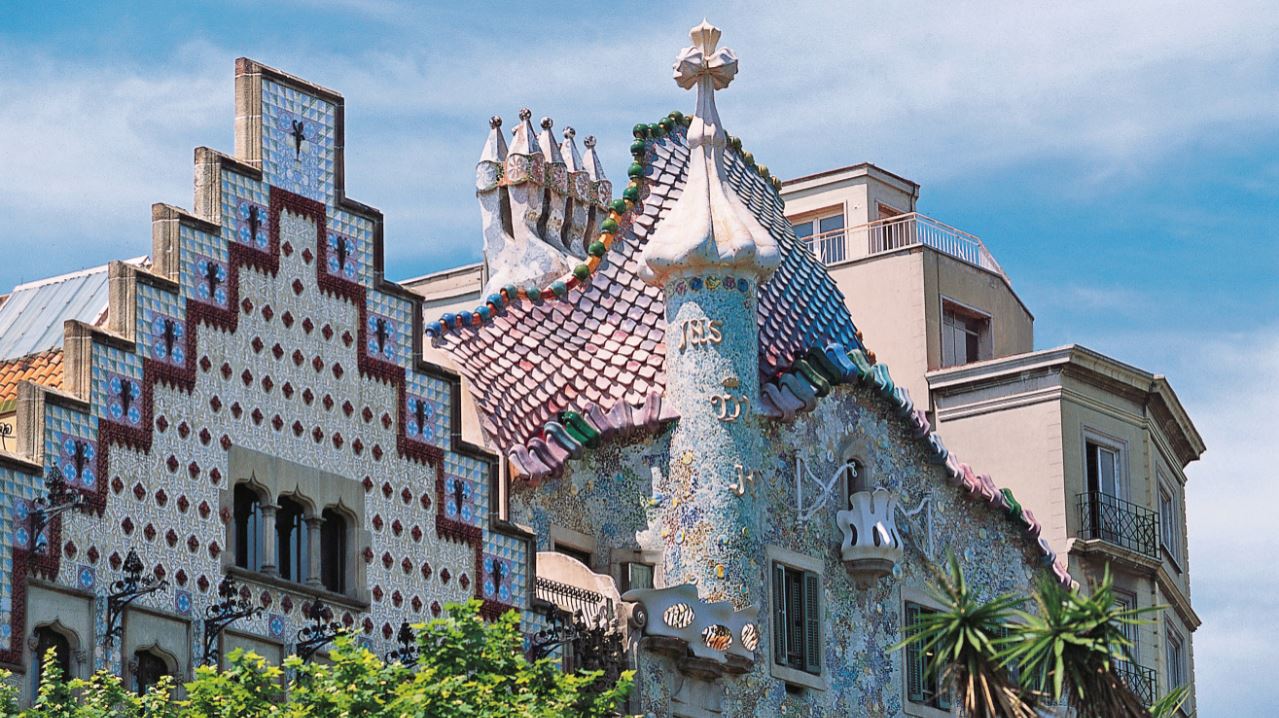 If you want to escape the hustle and bustle of busy Barcelona the mountain of Montserrat is the perfect place for you. Montserrat is located some 50km northwest of Barcelona and is a heaven of tranquility and contemplation (minus the thousands of visitors). We visited Montserrat during one of our previous trips and you can find out more here (don’t worry if you don’t understand any of our Dutch, just let Google translate the text for you).

If you have visited Palma before you will agree that the obvious landmark to see is the cathedral. In fact it is so big, it dominates the Mediterranean Sea front and it is impossible to ignore. Inside the essentially Gothic cathedral features a contrasting interior with modernist touches designed by Antoni Gaudí.

The Palau de l’Almudaina, opposite the cathedral entrance, was originally the palace of the Moorish walis (governors) and later of the Mallorcan kings and features a handful of Flemish tapestries.

The UNESCO-protected port of Valletta is one of the must-see stops for every Mediterranean cruise. The capital of Malta was constructed in the second half of the 16th century by the Frenchman Jean de la Valette and moulded by the religious and military Order of Saint John of Jerusalem. With over 300 monuments spread over just a little more than half a square kilometre the city offers one of the greatest density of historical attractions to visit. 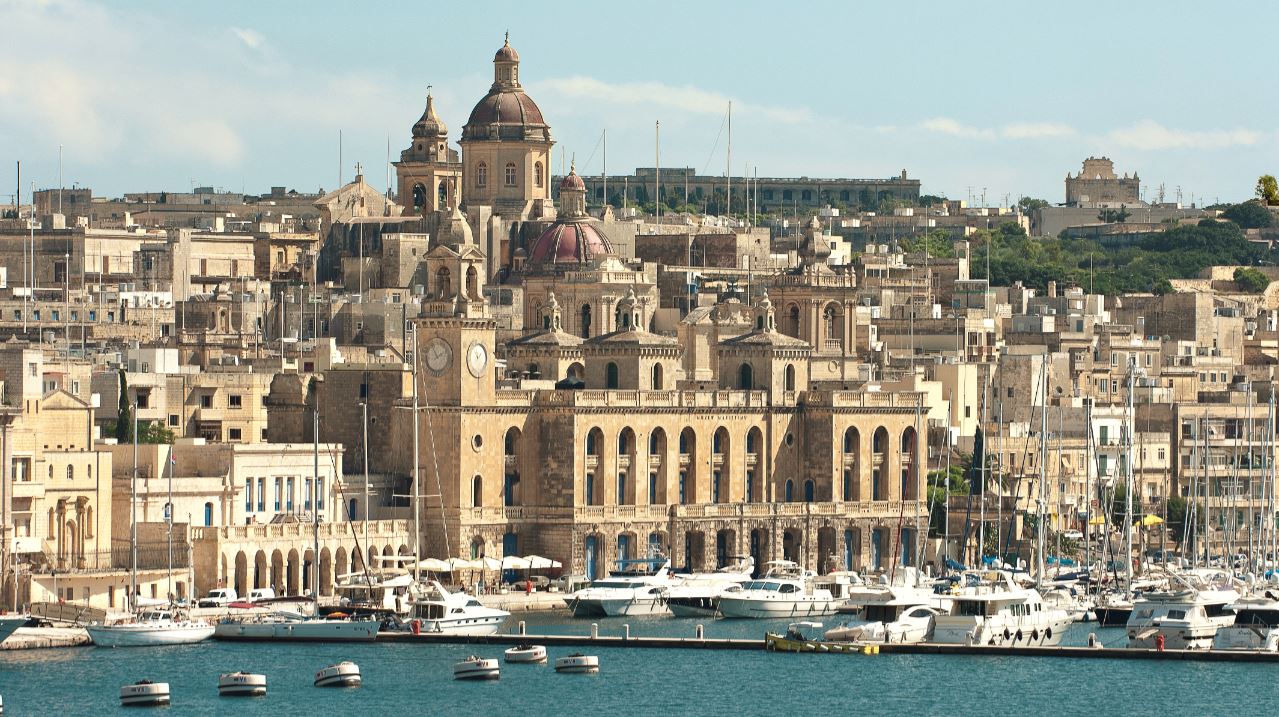 The glittering town of Messina is often the first sight of Sicily. Its most important monument, the Duomo, is a reconstruction of a twelfth-century cathedral and its detached campanile, or bell tower, claims to be the largest astronomical clock in the world. Every day at noon a bronze lion (Messina’s ancient emblem) unleashes its mighty roar over the city. Messina is also the gateway to the charming hill town of Taormina, which was once the beloved retreat of poets and writers.

Best known for being the gateway to Rome, the port of Civitavecchia is one of the busiest in Europe. Civitavecchia itself can easily be visited on foot. Amongst the most important monuments to see are the 16th Century Forte Michelangelo, the ancient walls of the old port, and the Rock, an impregnable fortress that has been looming over the city and port for over a thousand years. Other sights include the majestic baroque cathedral dedicated to St. Francis in Piazza Vittorio Emanuele II, Civitavecchia’s main square.

Livorno is a good starting point for a discovery tour of the Tuscan food and wine culture. It is also the gateway to Florence, the cradle of the Renaissance, where great artists and writers such as Dante, Brunelleschi and Donatello walked the streets. Architecture must visit the city for the Cattedrale di Santa Maria del Fiore (the Cathedral of Saint Mary of the Flower or Duomo), the majesty of Piazza della Signoria and the elegance of the Basilica di Santa Croce (Basilica of the Holy Cross). The Uffizi Gallery, on the other hand, is one of the most important museums in the world, and houses masterpieces by Botticelli, Michelangelo, Raffaello and Tiziano. Another wonderful place to visit is Pisa, the birth city of Galileo Galilei. The city is famous for its leaning bell tower of white stone facing Piazza dei Miracoli, which also hosts the Cathedral and Baptistery.

Genoa‘s old town is formed by a dense and fascinating patchwork of medieval alleyways and home to large palazzi. These were built by wealthy mercantile families in the sixteenth and seventeenth centuries and are now transformed into museums and art galleries. The  Cattedrale di San Lorenzo, the Palazzo Ducale and the Renaissance palaces of Via Garibaldi contain the cream of Genoa’s art collections, as well as furniture and decor from the city’s great past. The Acquario di Genova, parked like a giant cargo vessel on the waterfront,  features seventy tanks showcasing sea creatures from all the world’s major habitats, including the world’s biggest reconstruction of a Caribbean coral reef.

Our last port of call, Marseille is another favourite cruise port of ours. With fabulous old buildings, modern shopping centers and museums it offers something for everyone. The Vieux Port, where glistening fish are sold straight off the boats on Quai des Belges, is ideal to observe the city’s street life. The old port itself is best viewed from the Palais du Pharo, on the headland beyond Fort St-Nicolas, or from Notre-Dame-de-la-Garde, the city’s Second Empire landmark atop the La Garde hill. To the north of the Vieux Port is Le Panier, the oldest part of Marseille with its tiny streets, steep steps and houses of every era. 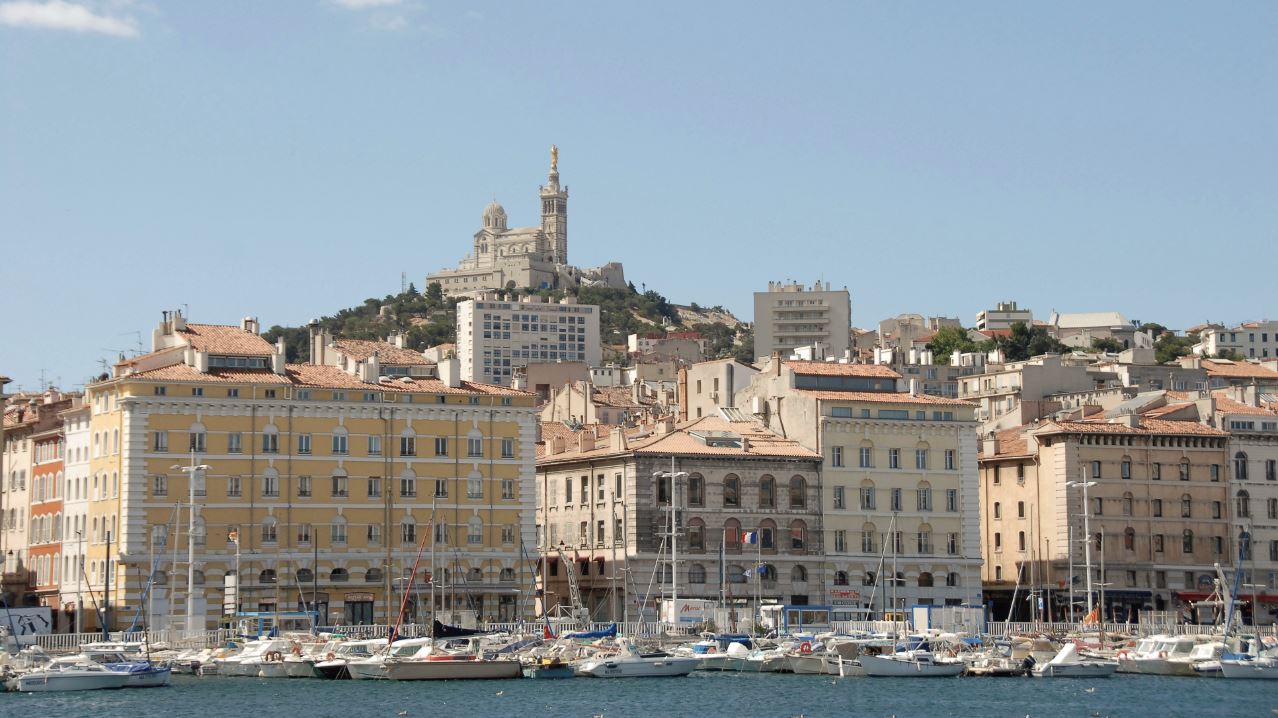