We don’t like Mondays, especially at 8 o’clock in the morning. But this week we absolutely loved Monday morning as we had front row seats when Celebrity Edge finally came home. 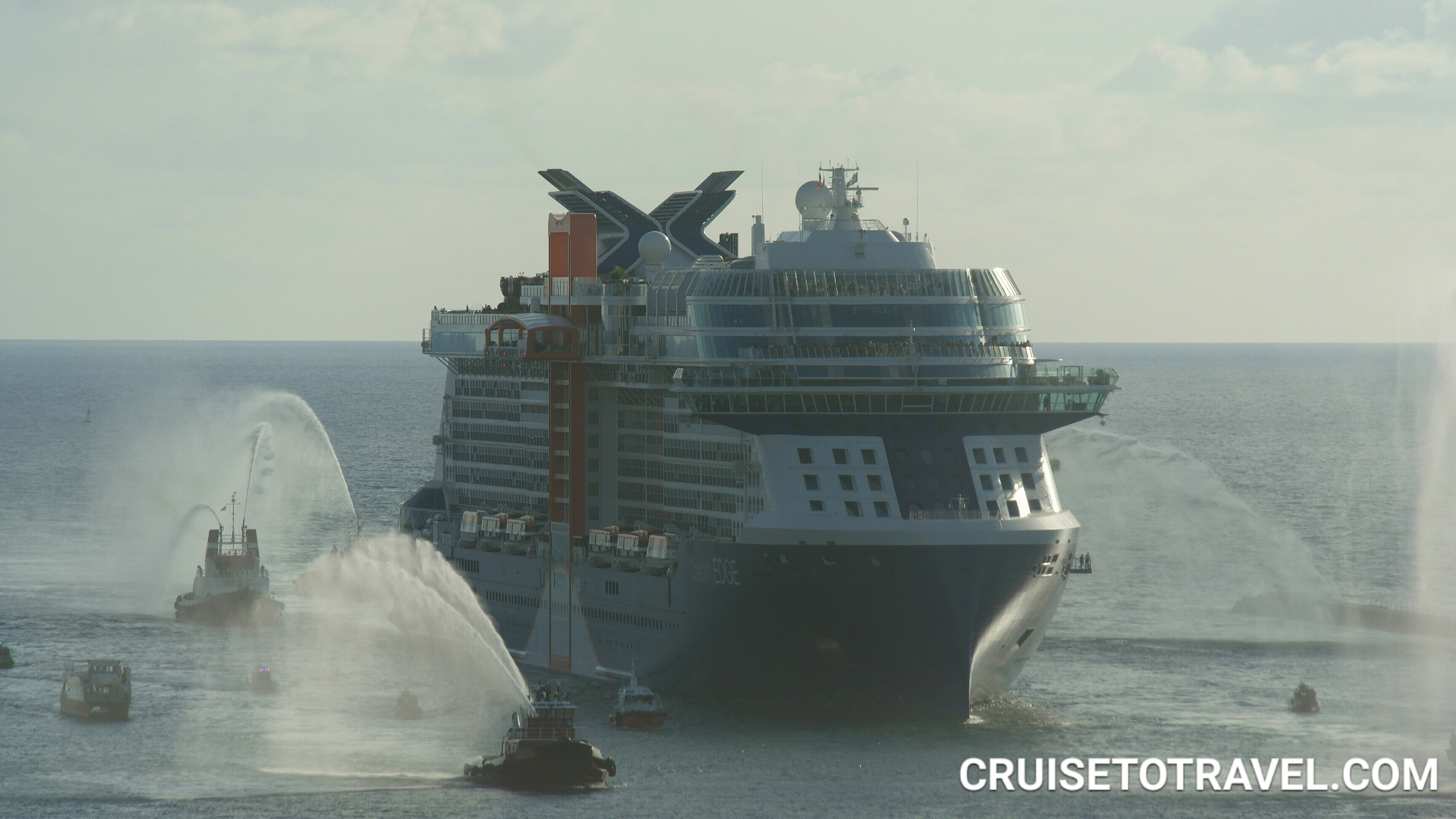 After more than four years of dreaming, designing and construction, Celebrity Edge left the Chantiers de l’Atlantique shipyard in Saint-Nazaire, France, on November 4 for a more-than 4,000 mile transatlantic voyage. Along the way, the cutting-edge new ship, and the 1,400 crew members on board, visited ports in both Azores, Portugal and Freeport in the Bahamas.

While Lisa Lutoff-Perlo, President and CEO of Celebrity Cruises, and Richard Fain, Chairman and CEO of Royal Caribbean Cruises Ltd., witnessed this momentous occasion from the bridge of Celebrity Edge, we watched Edge’s arrival from our front row seats on board Celebrity Infinity. 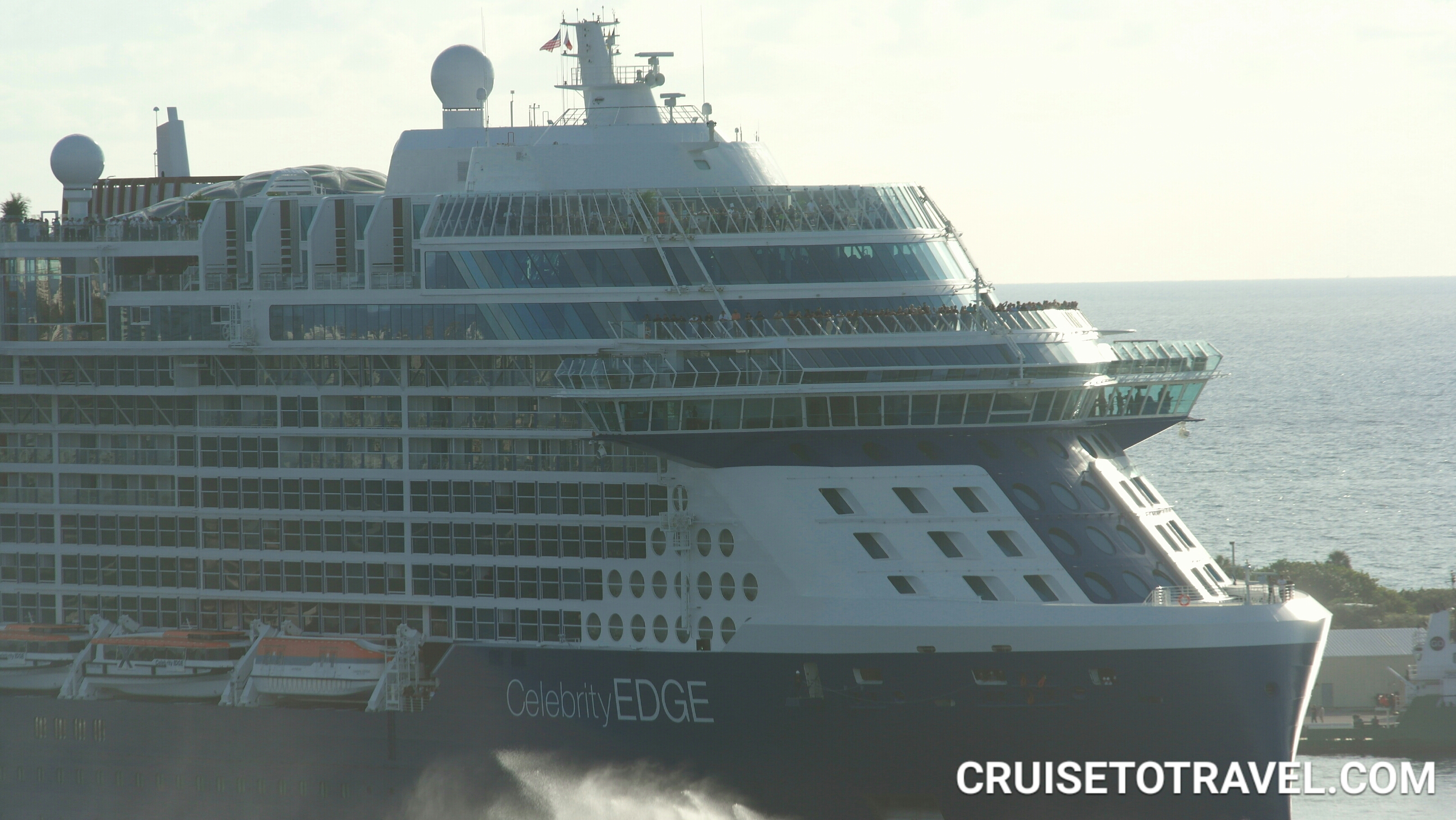 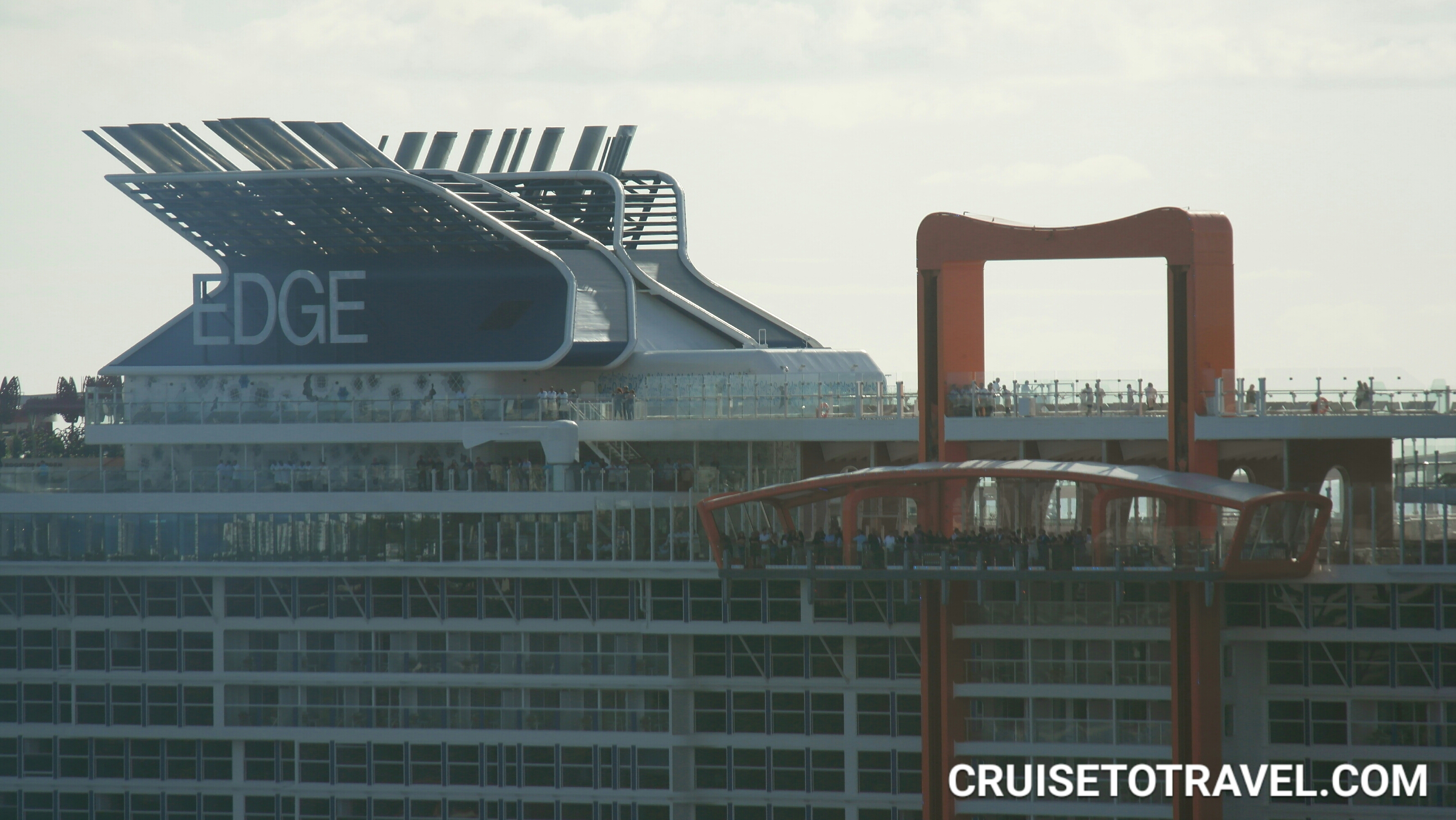 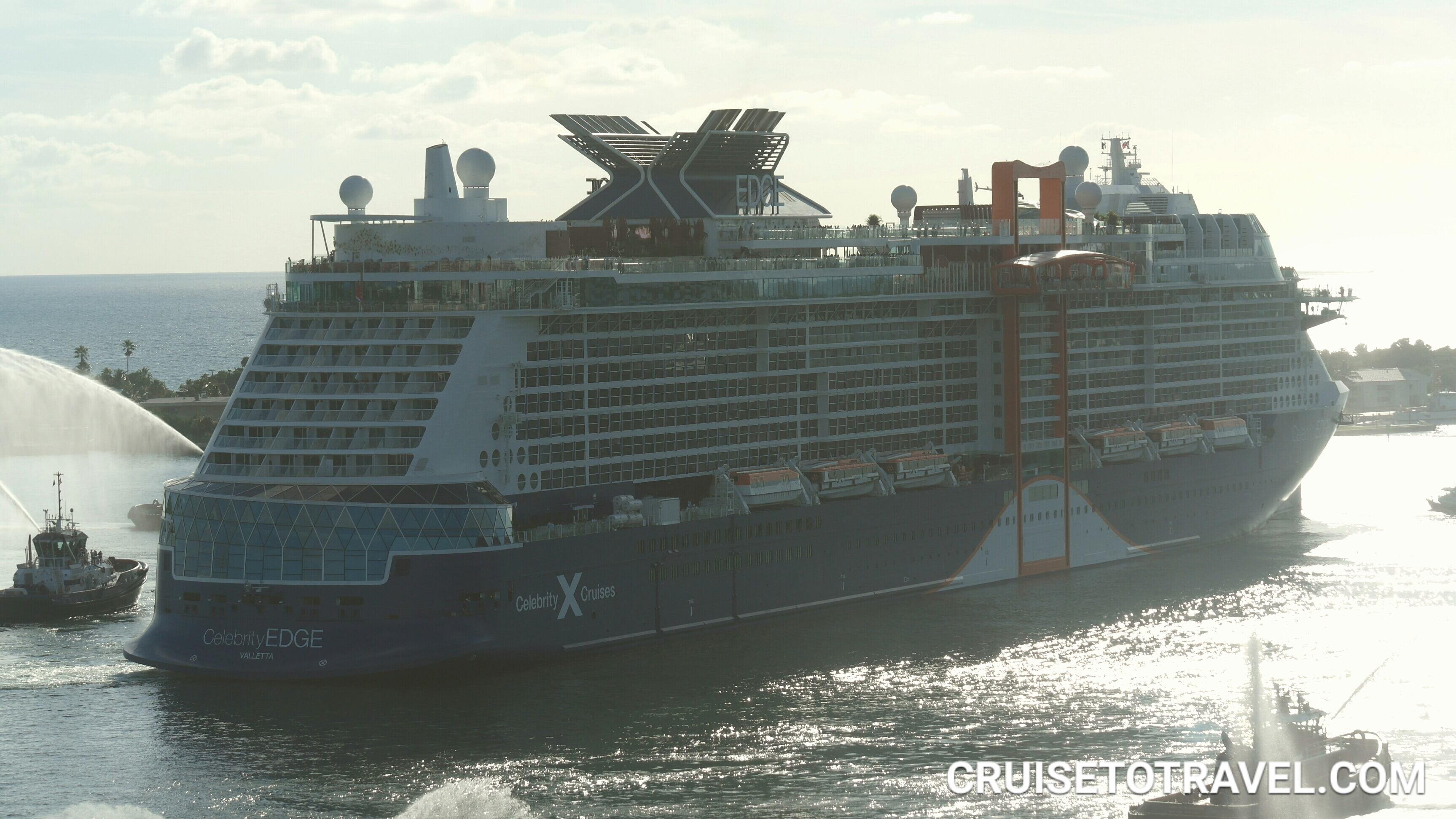 It was just past 8 o’clock when the Captain of Celebrity Infinity blew the ship’s horn to welcome Celebrity’s first new ship in six years, and the first of a new class in more than a decade, as she entered the channel towards Port Everglades.

Escorted by a watersalute and shining under a hot Floridian sun, CelebrityEdge elegantly made her inaugural entrance to the port. As she came nearer she announced her arrival by a loud blowing of her horn. 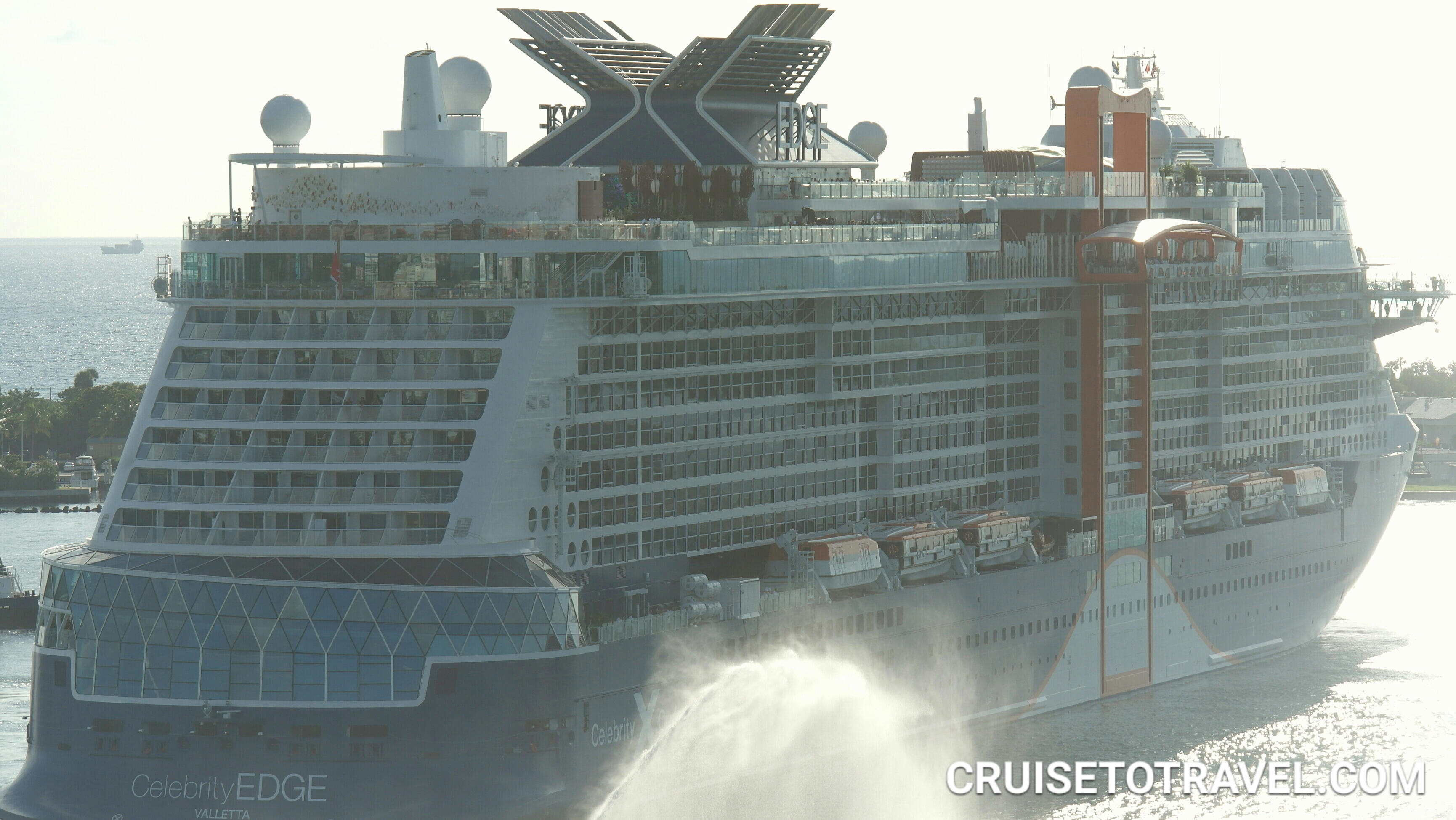 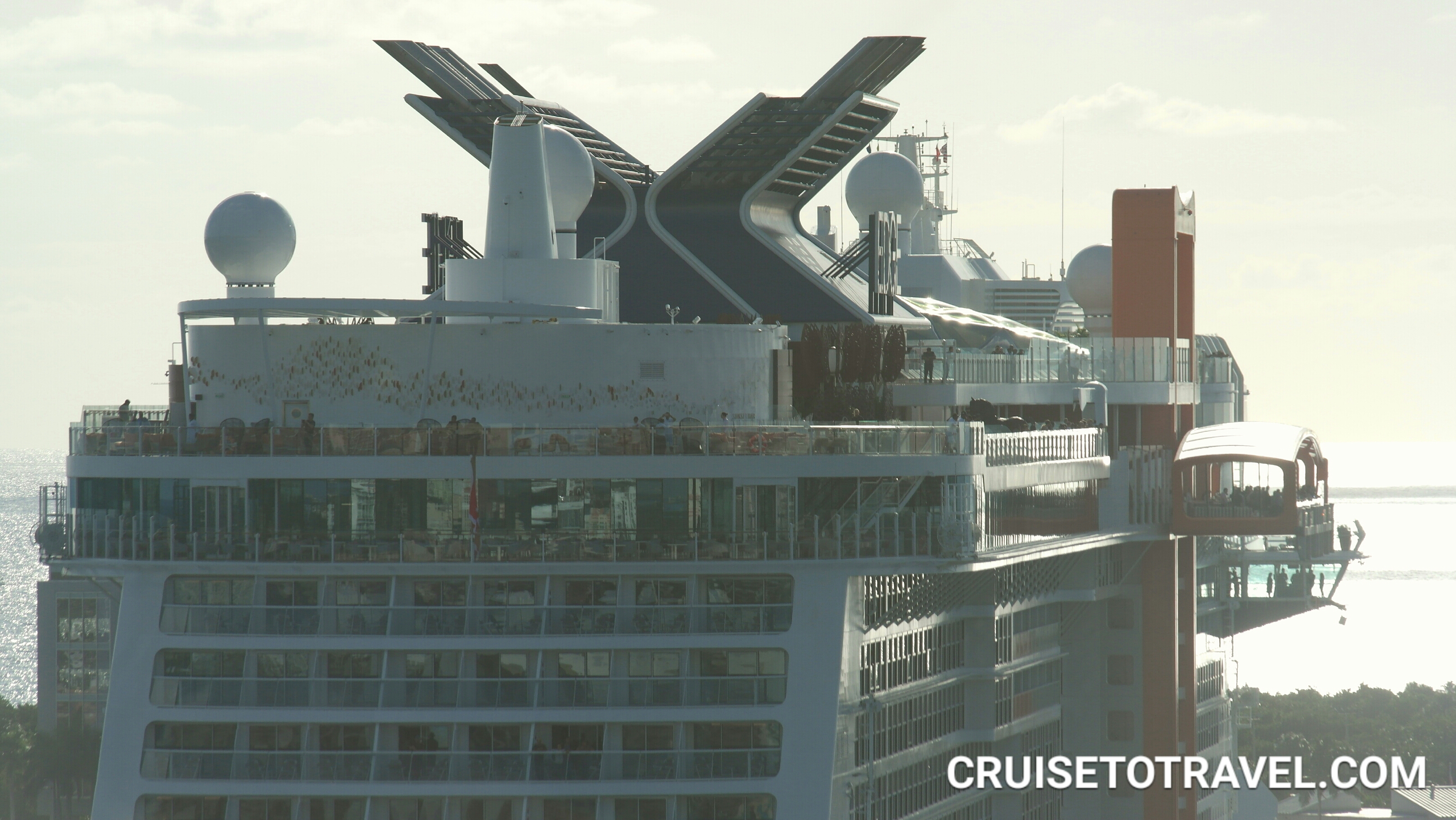 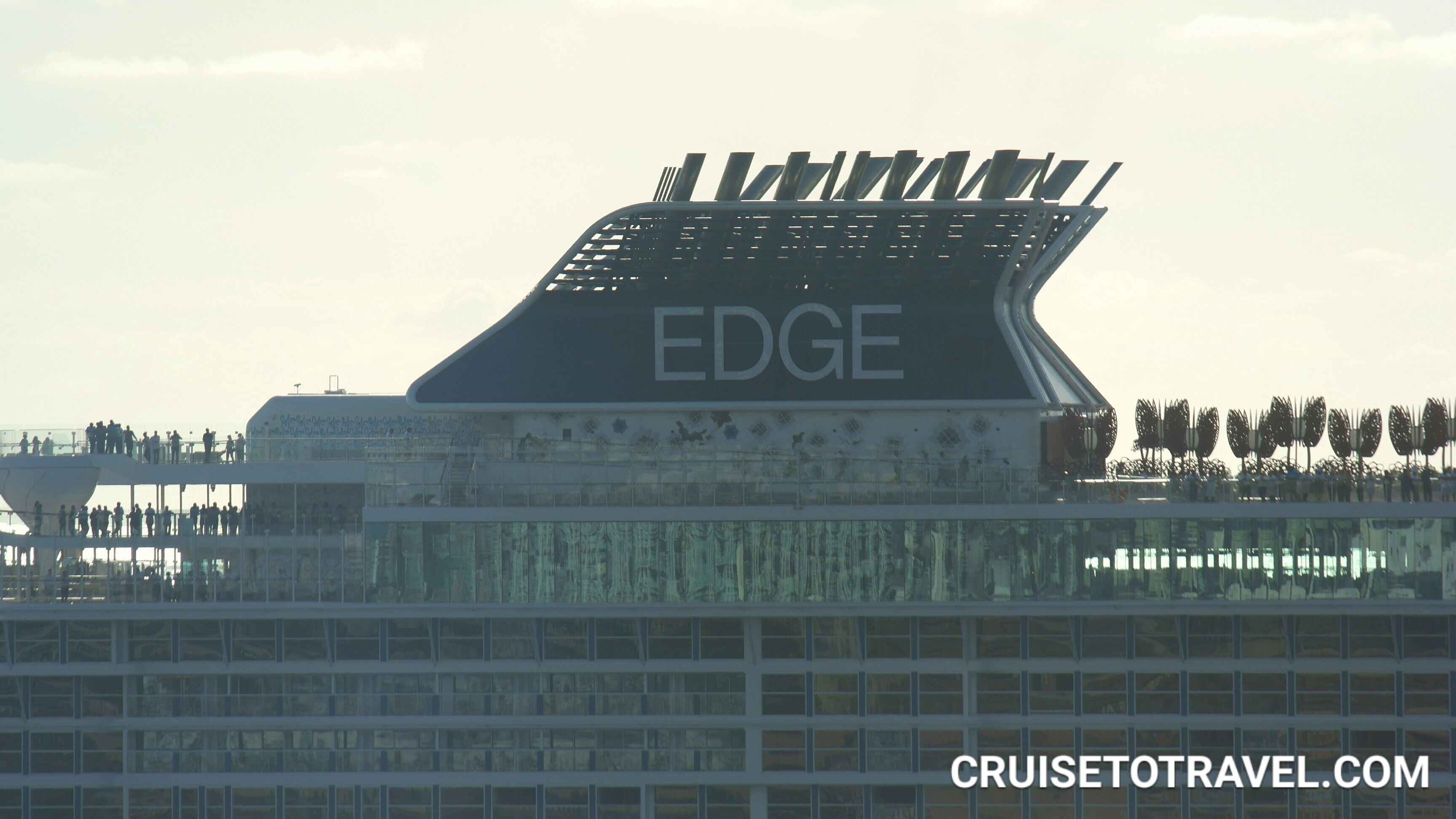 After the arrival of Celebrity Edge at T25, Lutoff-Perlo and Fain hosted a grand opening ceremony in the revolutionary new terminal. A dramatic ribbon-cutting ceremony marked the official grand opening of the first terminal designed exclusively for the Celebrity brand, dubbed the new home of modern luxury. The new T25 melds a stunning, warmly inviting design with unique technology, such as Expedited Arrival, which will make the check-in process absolutely seamless, as well as an interactive light wall art installation. T25 will also offer The Retreat guests a singular experience along the path to The Retreat, with an exclusive lounge, elevator lobbies, screening areas and even a private rooftop terrace.

Celebrity Edge begins her inaugural season sailing alternating seven-night eastern and western Caribbean cruise itineraries, with her Maiden Western Caribbean voyage departing on December 9, 2018, and her Maiden Eastern Caribbean voyage departing on December 16, 2018. In spring of 2019, Celebrity Edge crosses the Atlantic again to offer guests stunning vistas of the Mediterranean with a range of seven- to 11-night sailings visiting iconic cities, including Barcelona and Rome.

Celebrity Edge will be joined by her sister ship, Celebrity Apex, in 2020, and two additional ships in the Edge Series will follow in 2021 and 2022.

Bookings for Celebrity Edge can be made at www.celebritycruises.com/edge.