At a historic delivery ceremony in France, Celebrity Cruises has taken delivery of Celebrity Edge.  During the ceremony officials celebrated another major milestone for the company as the keel for the second-in-series Celebrity Apex was laid.

Following more than four years of planning and 23 months of construction at the skilled hands of thousands of engineers, architects, artisans, designers, contractors, shipyard employees and others Celebrity Cruises has officially taken delivery of Celebrity Edge.

As part of the monumental moment, Royal Caribbean Cruises Ltd.’s Chairman and CEO Richard D. Fain and Celebrity’s President and CEO Lisa Lutoff-Perlo hosted a ceremony aboard Celebrity Edge, while docked in the Chantiers de l’Atlantique shipyard in Saint-Nazaire, France. The Celebrity Executive Team were also in attendance along with shipyard officials, including General Manager Laurent Castaing, and 1,377 crew members from 72 different countries.

Following the Celebrity Edge check-signing and delivery ceremony, attendees made their way across the Chantiers de l’Atlantique shipyard for the ceremonial keel laying of Celebrity Apex, where a 762-ton block was lifted in the air and a lucky coin was placed on the dock before the block was lowered into position. 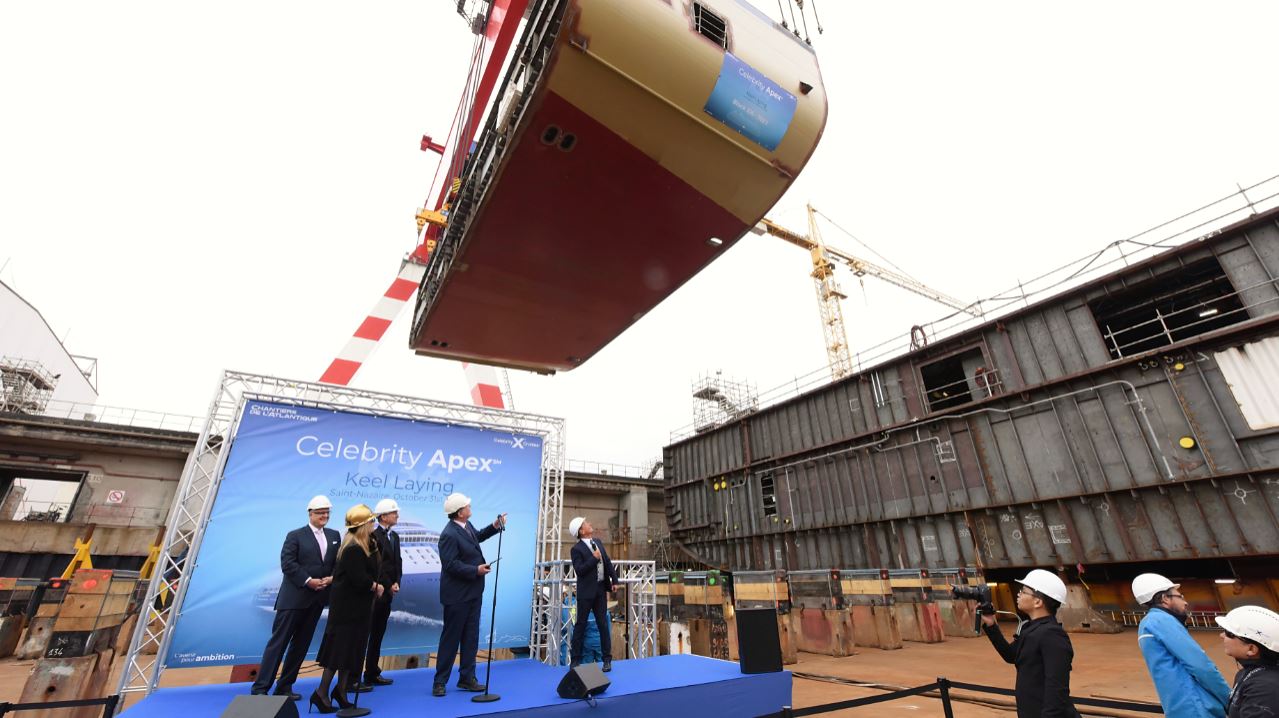 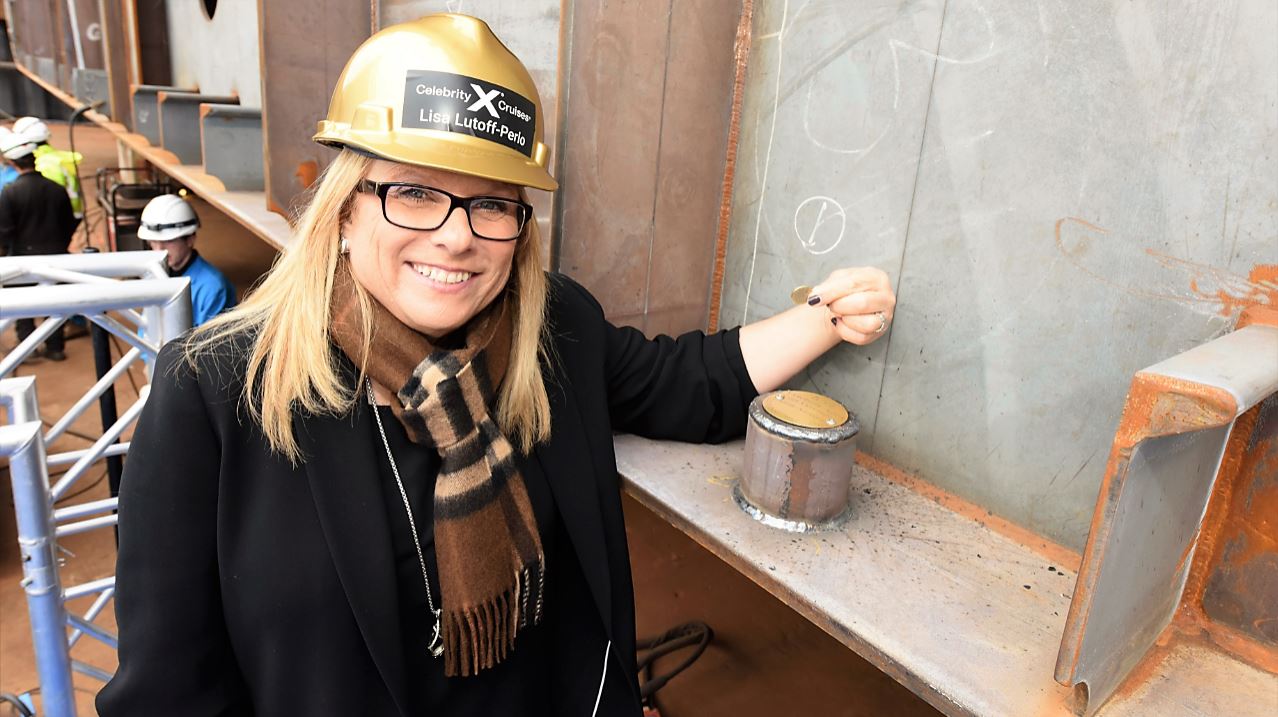 On November 6, 2018, Celebrity Edge will begin her transatlantic voyage to her home port at T25 at Port Everglades in Fort Lauderdale, Fl. Her inaugural season will be spent sailing alternating seven-night eastern and western Caribbean cruise itineraries, with her Maiden Western Caribbean voyage departing on December 9, 2018, and her Maiden Eastern Caribbean voyage departing on December 16, 2018. In spring of 2019, Celebrity Edge crosses the Atlantic again to offer guests stunning vistas of the Mediterranean with a range of seven- to 11-night sailings visiting iconic cities, including Barcelona and Rome.

Celebrity Edge will be joined by her sister ship, Celebrity Apex, in 2020, and two additional ships in the Edge Series will follow in 2021 and 2022. For bookings visit www.celebritycruises.com/edge.