In 2019 travelers interested in transiting the famous lakes and locks of the Panama Canal will have five Holland America Line ships and 30 cruises to choose from. In addition to the full transits, guest can also embark on Panama Canal Sunfarer itineraries that feature a partial transit in combination with southern Caribbean ports of call. 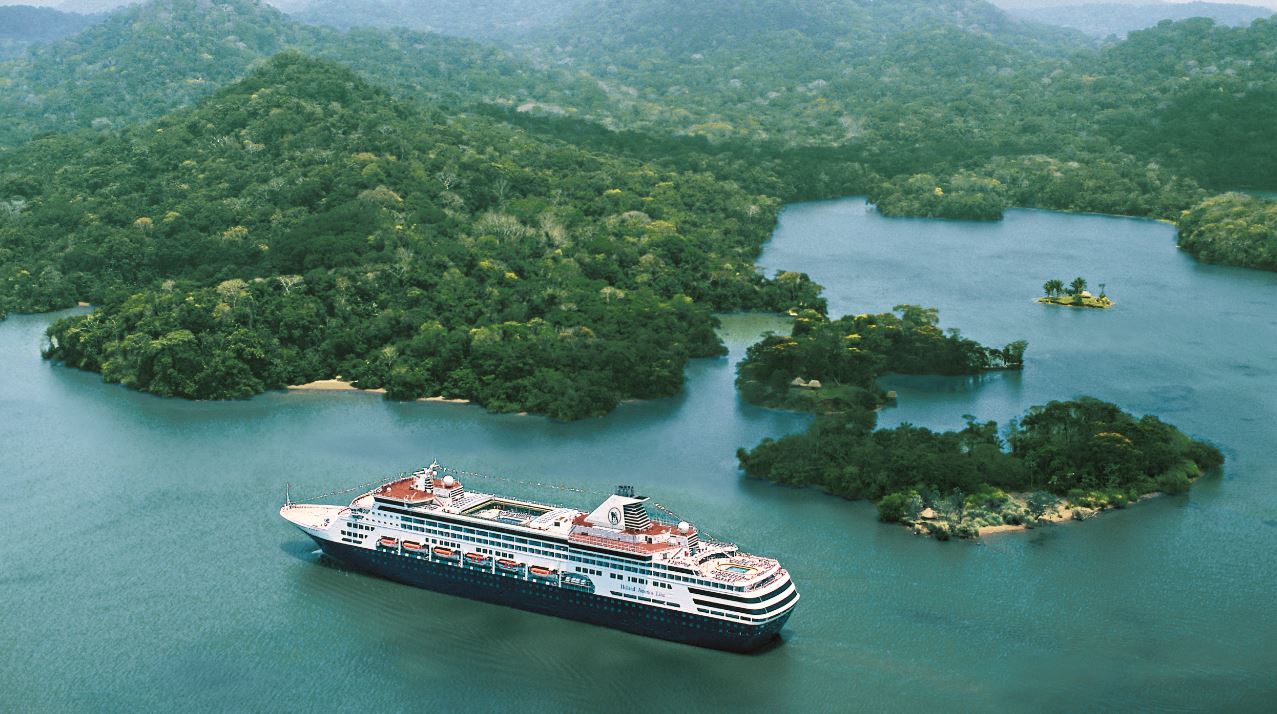 If you’re like us and the Panama Canal is one of those modern marvels of engeneering that is high on your bucket list, Holland America Line might just have what you’re looking for.  Building on the success of its previous season, when the cruise line carried 40,500 guests through the famous canal, Holland America Line will have five ships and 30 cruises offering full transits ranging from 14 to 23 days and 10- or 11-day partial explorations.

Each itinerary will feature a diverse collection of ports along with the exploration of the Panama Canal. On full transits, the ships will visit cities in Colombia, Costa Rica, Guatemala, Mexico, Nicaragua and islands in the Caribbean. In addition, some of the sailings will include a visit to Half Moon Cay, Holland America’s award-winning private island in the Bahamas known for its pristine beaches, engaging family activities, exciting shore excursions and exclusive beach cabanas.

In addition to the full transits,  Zuiderdam and Eurodam  will make 13 partial transits between January and December 2019. Conveniently cruising roundtrip from Fort Lauderdale, the 10- and 11-day Panama Canal Sunfarer itineraries will include an exploration of the Canal’s Gatún Lake with a combination of southern Caribbean calls in Aruba, Curaçao, Colombia, Costa Rica, Panama and Half Moon Cay.

Throughout the voyages, EXC programming will bring Panama’s local customs, culinary creations and cultural experiences on board. Through the EXC Encounters program, you can practice your language skills, learn about local traditions or enjoy the simple pleasure of storytelling. A Panama Canal expert will recount the history and drama of the historic construction of the waterway during an EXC Talk. The EXC Team will provide further guidance in customizing each visit for the port calls, while the in-stateroom EXC Channel will feature a selection of curated films, documentaries and TV shows exploring the destinations on the itinerary.

As a bonus the spacious bow observation areas onboard the ships will provide a great platform to watch all the action of a Panama Canal transit, from workers on shore to electric mules to hard-at-work crew members.

To learn more or book a voyage visit  www.HollandAmerica.com.