NAUSICAA, the French National Sea Centre Boulogne-sur-mer in France, has reopened its doors after a massive expansion making it the biggest aquarium in Europe. 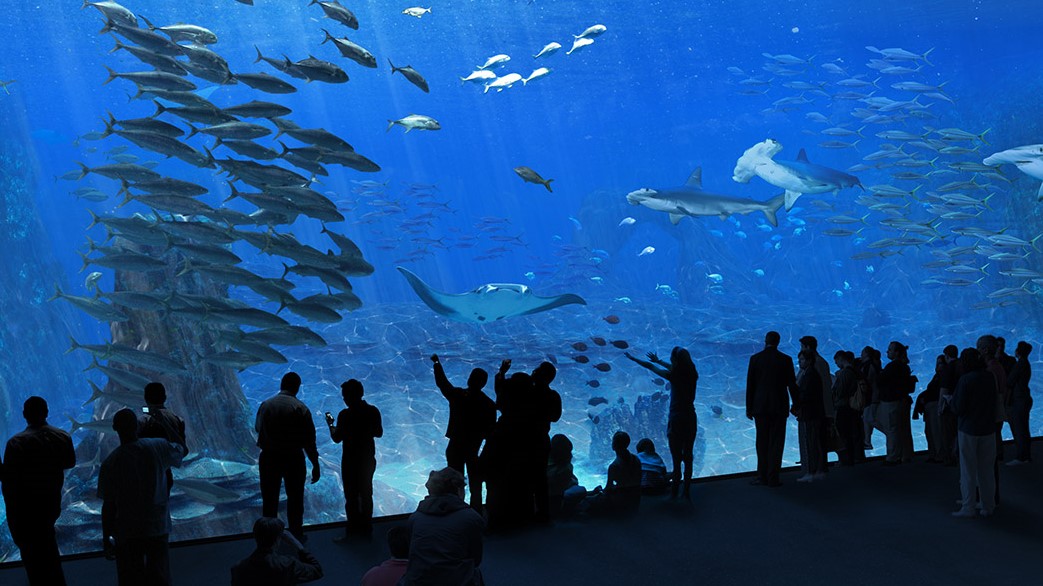 It’s no secret we like to spend our days sailing the oceans of the world, and we’d like to continue doing so in the future. As a result we care deeply about the effects of pollution on the oceans and its inhabitants. Over the years we, our fellow passengers and the cruise lines  have become (or have been made) more and more aware of the impact of our biological footprint and how we can reduce the effects of our favorite pastime.

Located near Calais (in the North of France), NAUSICAA – the National Sea Centre – offers a fun, educational and scientific way of discovering the unique underwater environment. The center gives an insight in the relationship between humans and the sea and shows us how we can better manage the oceans and their resources.

NAUSICAA has reopened its doors after a massive expansion and is now the biggest aquarium in Europe. Built in the shape of a Manta Ray, the new building houses one of the largest aquariums in the world. 60 meters long, 35 meters wide and 8 meters deep it holds a staggering 10,000 m3 of water (the equivalent of 4 Olympic pools). Modelled on the island of Malpelo, off the coast of Colombia, the giant aquarium recreates the ecosystem of the high seas with almost 60,000 creatures – including sharks, manta rays and shoals of other fish.

In 25 years, NAUSICAA has welcomed over 15 million visitors and has become a major player in efforts to raise awareness of the marine environment. It has therefore been awarded the UNESCO “Centre of Excellence” seal.

Nausicaá is ideally located in Boulogne-sur-Mer in the Pas-de-Calais department of France, near England and Belgium. Just 2½ hours from Paris, London and Brussels.

Entrance to NAUSICAA costs €25.90 for adults and €19.50 for children (Family tickets and other concessions are available).