Norwegian Bliss, the new cruise ship for Norwegian Cruise Line, is scheduled to leave the Meyer Werft Shipyard in Papenburg on Tuesday, 13 March 2018 to be conveyed on the river Ems to Eemshaven (Netherlands). The ship is planned to arrive in Eemshaven on Thursday morning. Later on the ship will go through several days of technical and nautical sea trials on the North Sea. 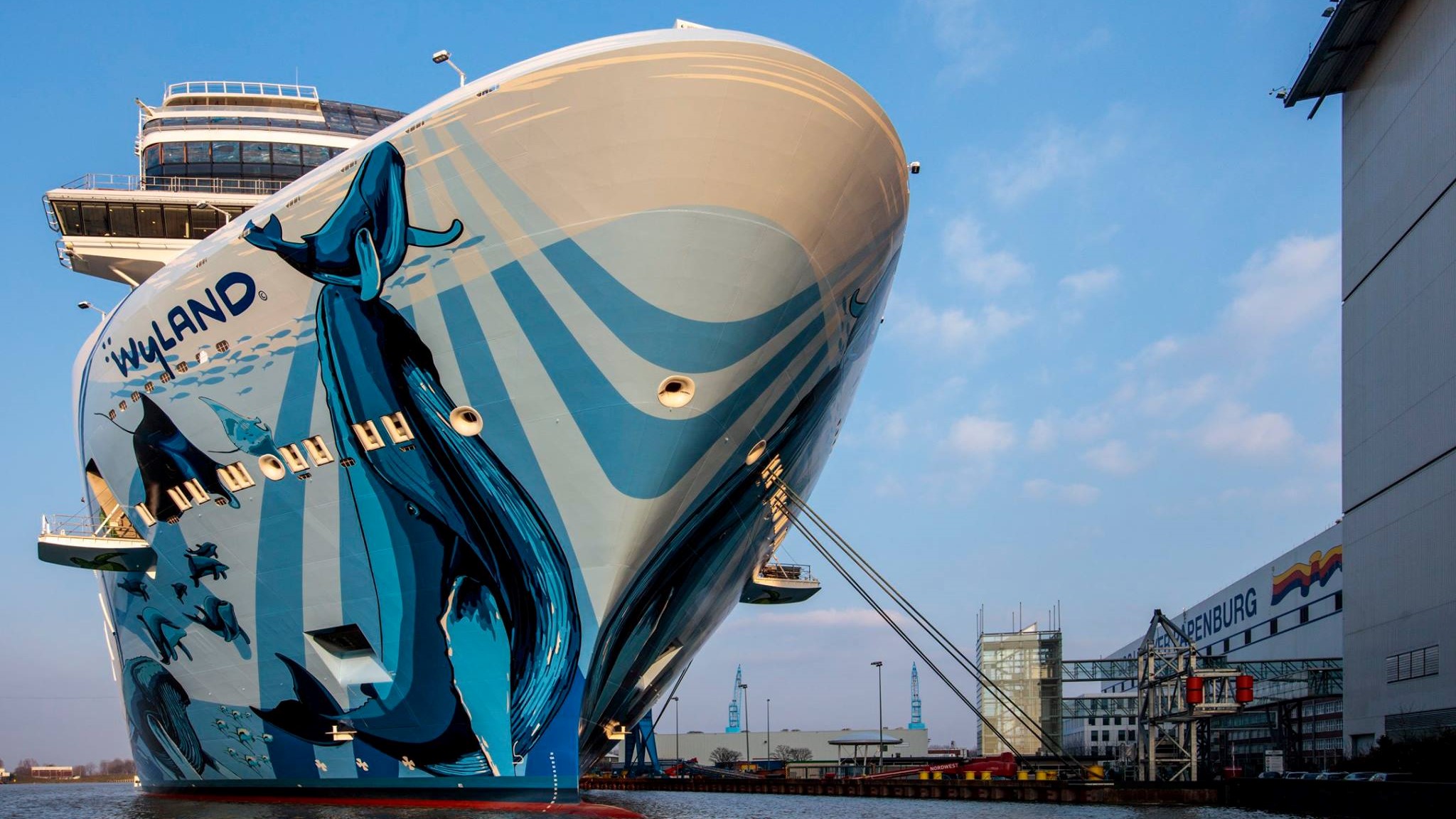 Assisted by five tugboats, Norwegian Bliss, the third ship in the line’s Breakaway-Plus class, floated out on Saturday 17 February. After leaving the building dock, Norwegian Bliss was moved to the shipyard’s out-fitting pier to be fitted with its funnel and other outfitting work and testing procedures were carried out. At the same time, the approximately 1,600 crewmembers started their training on board.

The Ems barrier will be helping the Norwegian Bliss to pass through the river Ems, a procedure which will be kept as short as possible. As always the river conveyance is subject to general weather conditions and water levels and can be changed at short notice.

Once again, a team of river pilots from Emden will be responsible for manoeuvring the ship to Eemshaven. The pilots on the river Ems also looked after the MEYER WERFT ships during their passage to the North Sea in previous years. The whole team trained the conveyance at the computerised simulator in Wageningen (Netherlands) to be better prepared for the task.

The Norwegian Bliss will proceed in reverse up the river Ems to the North Sea, an approach which has proven successful in the past as it makes it easier to manoeuvre the ship. Two tugs will be providing assistance in the process.

Weighing 167,800 GRT and with a capacity for about 3,998 passengers, Norwegian Bliss is one of the largest cruise ships to be built in Germany. After completing the technical and nautical sea trials on the North Sea, the ship will be handed over to the owners on April 19.