Having cut the first steel for Norwegian Bliss back in October 2016, Norwegian Cruise Line has celebrated another major milestone in the construction of its 16th cruise ship. On Saturday the third Breakaway-plus ship touched water at the Meyer Werft in Papenburg, Germany and was floated out to the shipyards outfitting dock. 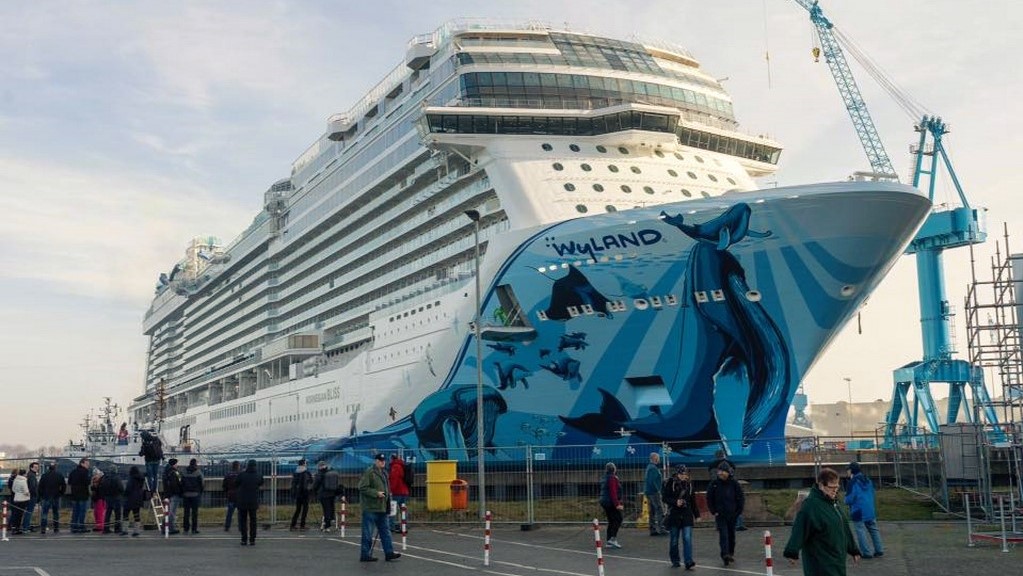 Onlookers were at hand as Norwegian Bliss, the third ship in the line’s Breakaway-Plus class, was assisted by five tugboats during her float out this weekend. After leaving the building dock, Norwegian Bliss was moved to the shipyard’s out-fitting pier to be fitted with its funnel. 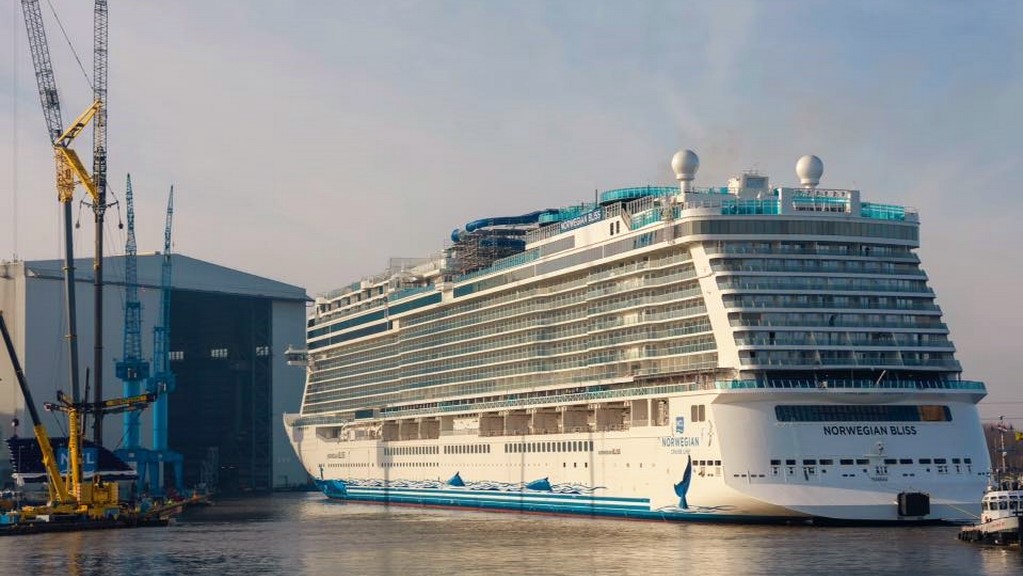 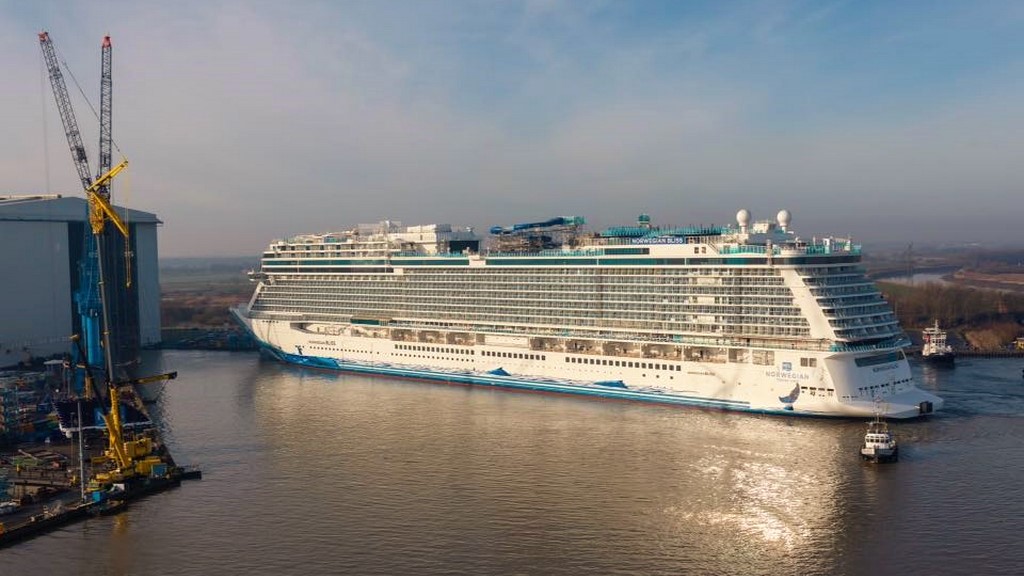 The ship will remain in the shipyard port until its passage through the river Ems up to the North Sea, which is scheduled for the second weekend in March. In the meantime, further outfitting work will continue together with testing and acceptance procedures by the ship owners.

At the same time, the approx. 1,600 crewmembers will start their training on board, as the cruise ship will be welcoming its first guests mid April 2018.

After a transatlantic cruise and a Panama Canal transit, the ship will sail north along the West Coast, reaching Seattle for the start of the summer cruising season. Norwegian Bliss will sail weekly seven-day Alaska cruises each Saturday from Pier 66 in Seattle, offering guests the premier way to see America’s last frontier. From November 2018 onwards she will offer stunning Caribbean sunsets as she sails seven-day Eastern Caribbean cruises each Saturday out of Port Miami.