Spectrum of the Seas, the next engineering marvel in Royal Caribbean‘s lineup, has reached another construction milestone. 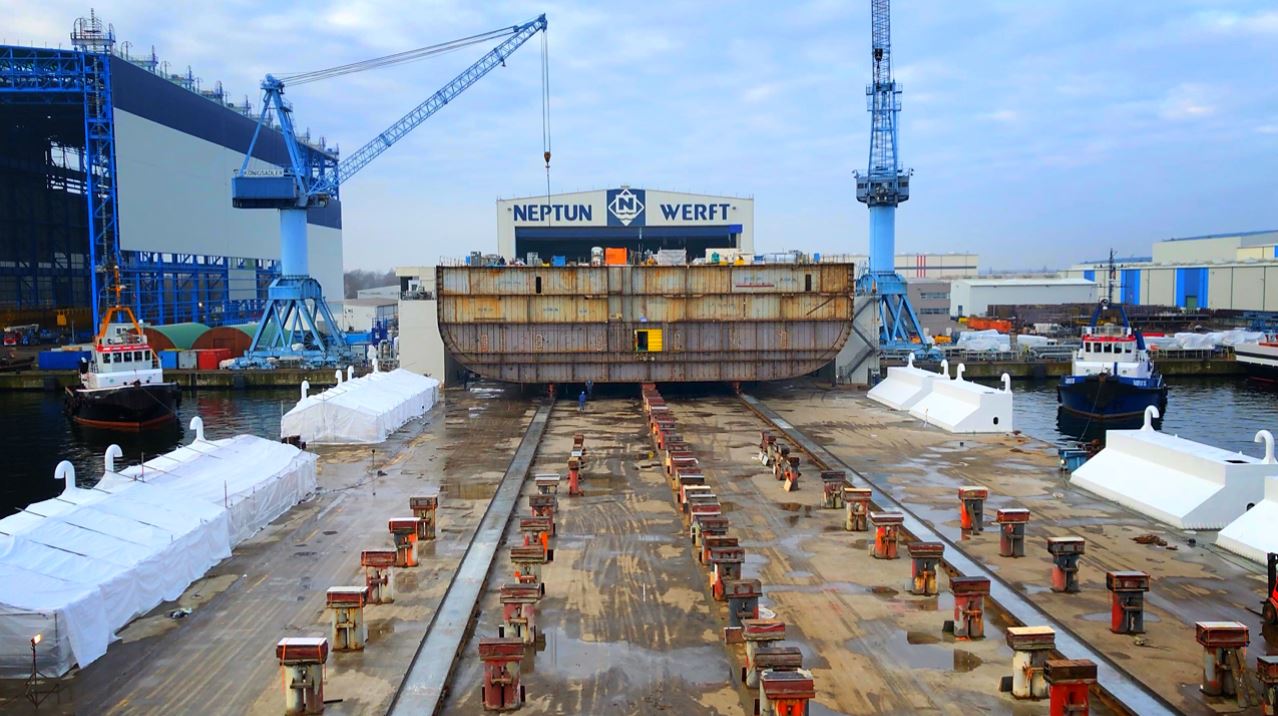 Early September 2017 the development of Royal Caribbean’s newest ship, Spectrum of the Seas, reached an important milstone with the beginning of the ship’s physical construction. During the keel-laying ceremony, a 620-ton block measuring 59 feet by 121 feet (18 x 37 meters) was lifted into the building dock with an 800-ton crane.

Earlier this week the first large block from the engine room section was ready for transport from the Neptune shipyard to the Meyer Werft shipyard. 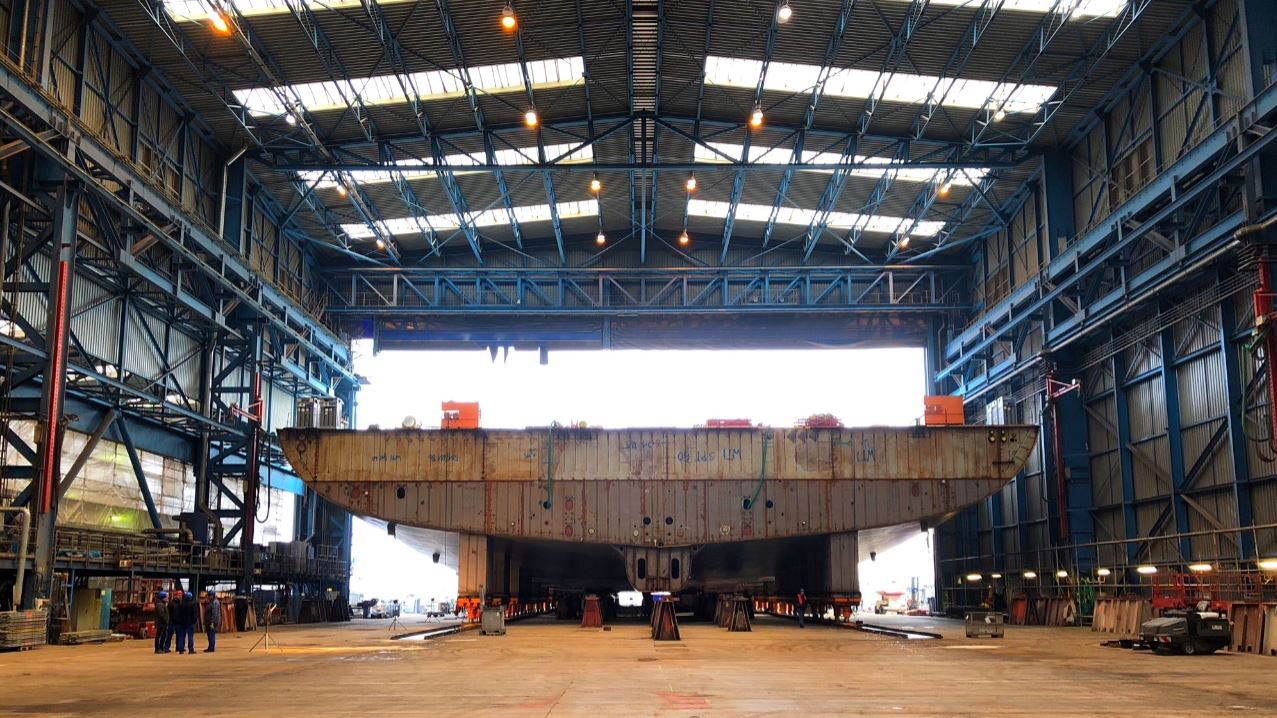 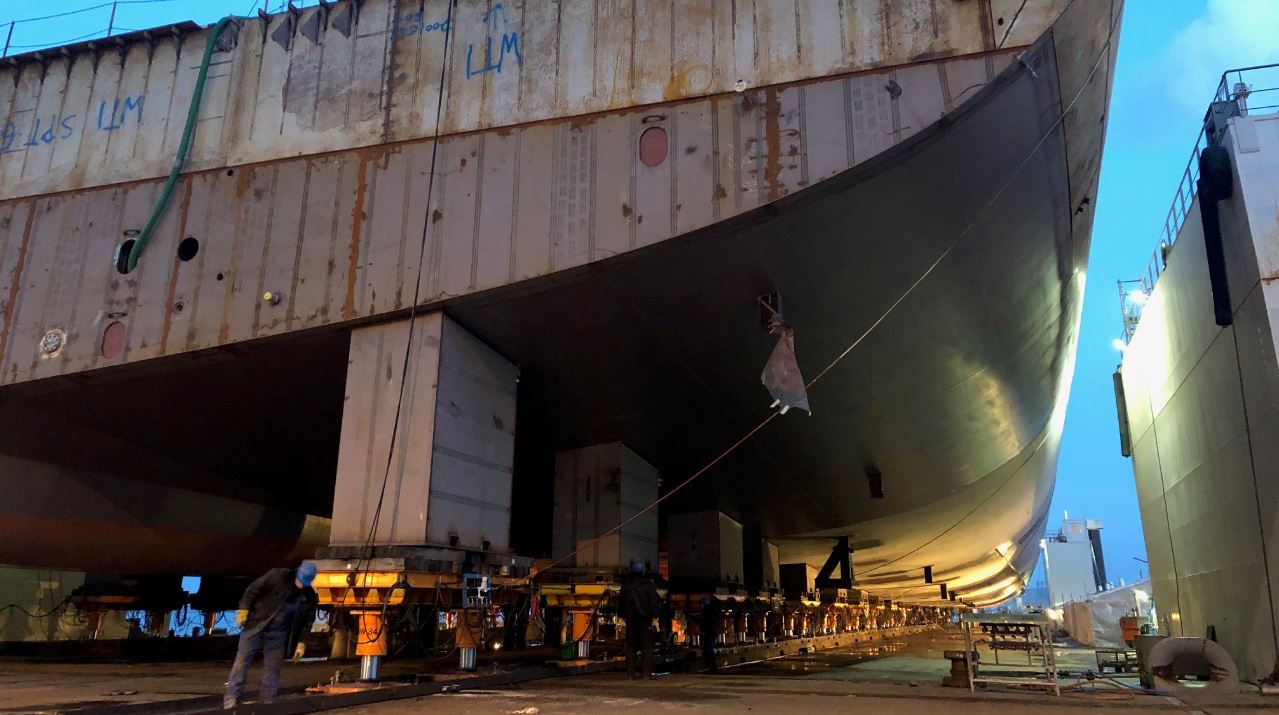 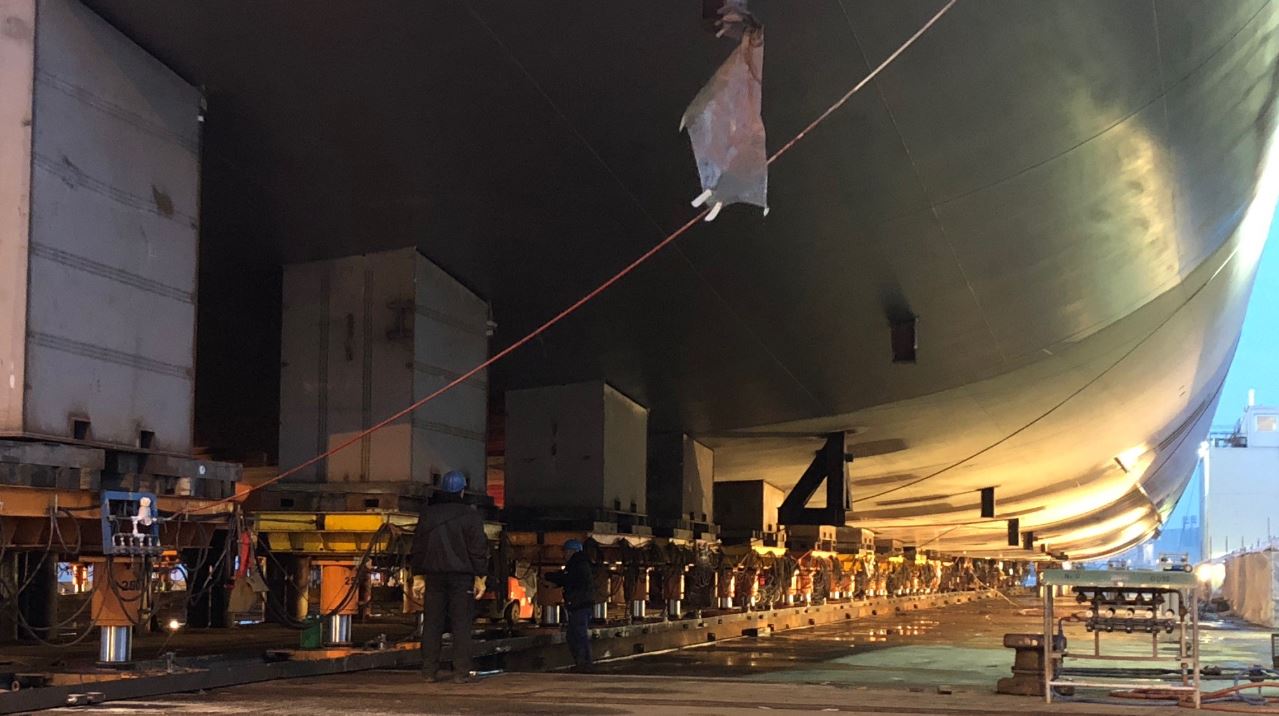 The 41,5 metres wide, 11,7 meters high and 140 meters long Floating Engine Room Unit weighing 10,800 tons was moved onto a pontoon for a 10-day journey to the shipyard in Papenburg, Germany.

Spectrum will be the next evolution of the cruise line’s groundbreaking and high-tech Quantum class of ships placing the ship in a new class of her own. The revolutionary Quantum Ultra ship will specifically be designed for guests in China and the Asia-Pacific region, and will feature cutting-edge and unprecedented experiences and amenities. Spectrum of the Seas is set to debut in 2019.