Princess Cruises was the first cruise line to take guests through the Panama Canal in 1967, one of the world’s most coveted engineering marvels. Fifty years later, the cruise line marks another major milestone with the very first mega-cruise ship, Caribbean Princess, to traverse the newly expanded “Neo-Panamax” Locks.

Marking the 50th anniversary in 2017, Caribbean Princess is the first post-Panamax cruise ship to take more than 3,000 guests through the newly opened Agua Clara locks on the Atlantic side of the canal that opened in June 2016, as part of the 10-year, $5.4 billion “Neo-Panamax” expansion. 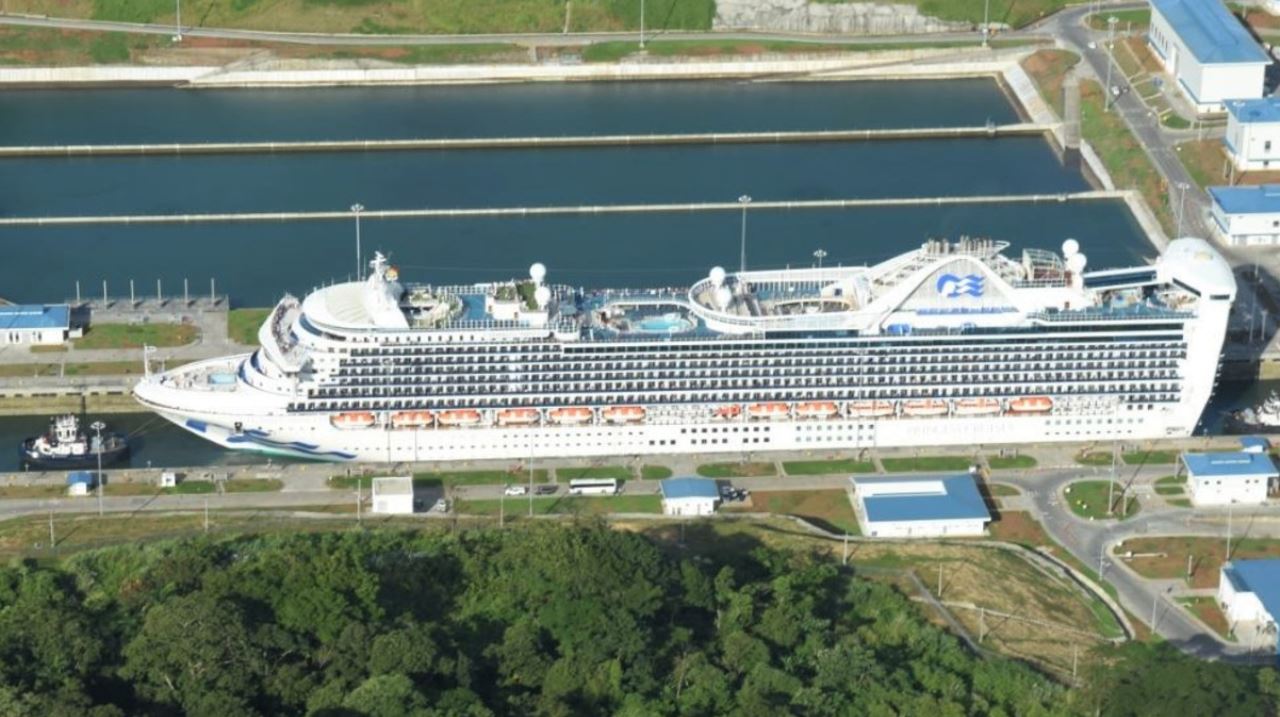 Previously, only vessels with a maximum width of 106 feet could enter the locks. Caribbean Princess with a width of 118 feet, 112,894 tons and carrying 3,200 guests, sailed through the expanded locks for the first of 13 scheduled crossings on October 26, during the ship’s 2017-2018 Panama Canal schedule.

“Marking our 50th anniversary taking guests to the Panama Canal in 2017 is a huge milestone so it’s equally thrilling that we will also observed the occasion by being the first cruise line to sail a mega-ship through the newly expanded locks. The widely anticipated expansion of the Panama Canal allows us to showcase this engineering spectacle to more guests than ever on our larger ships.” – Jan Swarts, Princess Cruises and Carnival Australia group president

Princess guests sail through the epic waterway that shaped the course of history by linking the world’s two mightiest oceans with an industrial feat that, even 100 years later, remains so breathtaking and monumental that it was named a “Cruise World Wonder” by Condé Nast Traveler. Onboard, expert narration enlightens guests as Princess ships pass through the locks and authentic Panamanian cuisine is served in the dining rooms. With port calls in Central America, South America and the Caribbean, ashore there is everything from Costa Rican rainforests to old world cities like Cartagena that recall the age of exploration.

More information about Panama Canal cruise vacations aboard Caribbean Princess, Coral Princess and Island Princess can be found at princess.com/panamacanal.