Royal Caribbean has marked an important milestone in the development of their newest smartship, Spectrum of the Seas, when her keel was lowered into place at the Neptun Werft shipyard in Rostock, Germany. 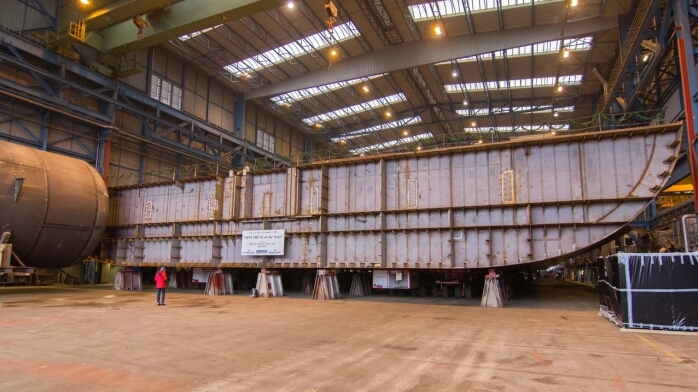 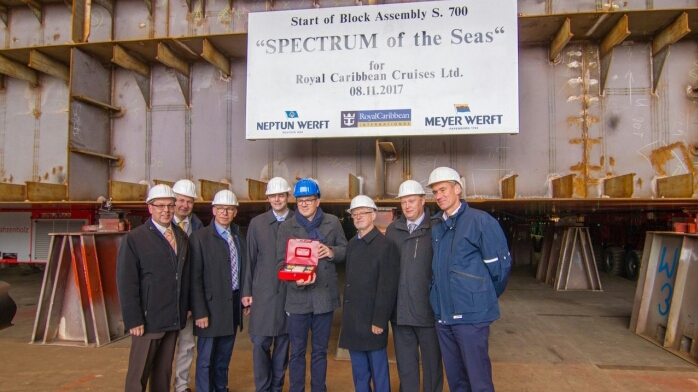 The keel-laying signifies the beginning of the ship’s physical construction. During the ceremony, a 620-ton block measuring 59 feet by 121 feet (18 x 37 meters) was lifted into the building dock with an 800-ton crane.

Set to debut in 2019, Spectrum will be the next evolution of the cruise line’s groundbreaking and high-tech Quantum class of ships placing the ship in a new class of her own called the Quantum Ultra. The revolutionary ship will specifically be designed for guests in China and the Asia-Pacific region, and will feature cutting-edge and unprecedented experiences and amenities.