With her white bow towering majestically between two buildings, as in the scene of a Hollywood blockbuster, MSC Meraviglia is the first cruise ship to feature as an attraction in an amusement park. 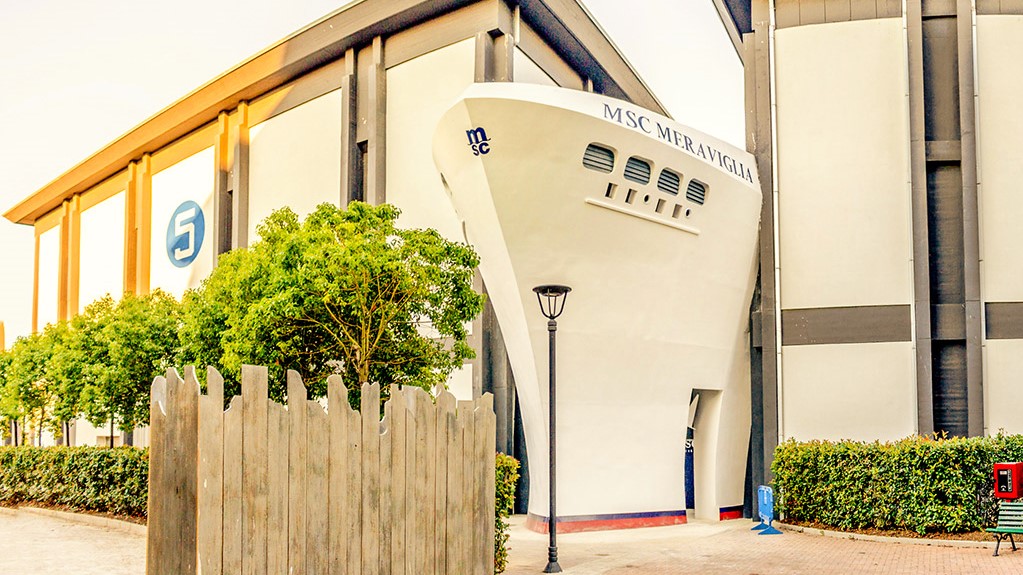 A few weeks after the official christening of their new flagship in Le Havre, MSC Cruises has already “launched” a new cruise ship. This time Europe’s leading cruise line has inaugurated a miniature version of MSC Meraviglia in Cinecittà World , the first Italian amusement park dedicated to film and TV located some 25km (15miles) south of Rome.

The launch of the miniature landversion of MSC Meraviglia was celebrated in pure marine style, as tradition dictates, complete with the ribbon cutting ceremony and ritual bottle crashing on the keel of the ship. 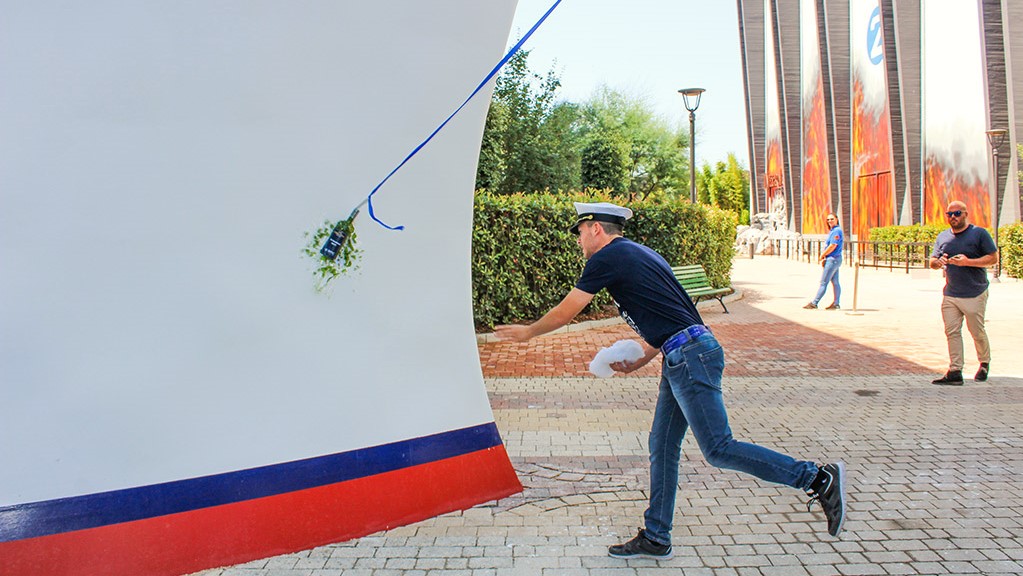 “Thanks to the bow of the ship, with a height of 10 meters standing out among the other attractions of the park, MSC Meraviglia draws attention from all visitors to the theme park and we believe that no one will resist the curiosity to find out why there is a cruise ship at an amusement park. The temptation will push everyone to ‘get on board’ of MSC Meraviglia and experience the immersive experience of the game and 4D Augmented reality experience that are inside the attraction.” Leonardo Massa, MSC Cruises’ Country Manager for Italy said.

As visitors enter the bow of the new attraction they will see themselves reflected in a large mirror, immersed in a detailed reproduction of the interior promenade onboard MSC Meraviglia. Here they will decide whether to step into the shoes of the ship’s captain, executive chef or other members of the crew to take a picture they can share on their social media channels. As they continue the visitors will find themselves immersed in a 4D game. Wearing Samsung viewers, 2 guests can challenge each other in an interactive game which takes place onboard the ship.

The official name of the game is Water Ballons Battle and takes place on the aft pool deck.

Andrea Guanci , Marketing Director of MSC Cruises and creator of the project concluded: “The actual ship, which was launched in early June by Sophia Loren, is one of the new smart ships with a new level of technology that is unique in the cruise industry. We therefore wanted to impress visitors to this park by creating a highly innovative technology and unique game in its genre where players can move freely within the virtual environment, using the latest technological support provided by our partner Samsung, in especially the new smartphone Samsung S8.”