Last evening the latest wonder in the MSC Cruises fleet, MSC Meraviglia was christened in a glittering ceremony by international screen legend and godmother of all of MSC Cruises’ ships, Sophia Loren.

Last evening the sky above the French coastal city of Le Havre lit up with fireworks as the latest wonder in the MSC Cruises fleet, MSC Meraviglia, was christened during a glittering ceremony. International screen legend and godmother of all of MSC Cruises’ ships, Sophia Loren, performed her duties as godmother of the cruise line’s new flagship.

During the glamorous event Mr. Pierfrancesco Vago, MSC Cruises’ Executive Chairman said: “We have an ambitious vision for the future and MSC Meraviglia marks the start of a new era for our Company. For this reason, this evening is an extremely proud moment for all of us at MSC Cruises as we see the first of our next-generation ships being named.”

Mr. Vago continued: “The new ships that will come into service over the coming ten years are purpose-built connected ships, featuring innovation in both product and design, as well as the very latest-cutting edge technology to create unforgettable holiday experiences at sea for guests of all ages. MSC Meraviglia is the first to make this vision come to life, as it sets a new standard for cruise ships as a destination in itself.”

MSC Meraviglia is the Company’s new flagship and the 13th addition to the MSC Cruises fleet as well as the first of 11 new MSC Cruises ships due to come into service over the next 10 years under a €9 billion investment plan. At 171,598 GRT and with a guest capacity of 5,714, MSC Meraviglia is the biggest ship to be built by a European ship owner and the biggest cruise ship to come into service in 2017.

Both the ship herself and the event were inspired by the wonders of the world, as Meraviglia literally means wonder. The christening ceremony itself was hosted by Gad Elmaleh, one of Europe’s most loved comedians. Internationally renowned artist Patrick Bruel performed a selection of his most loved songs, while UNICEF Goodwill Ambassadors Kids United promoted peace and tolerance during their performance.

The crowning moment of the evening was the parade of the ship’s officers, right before Sophia Loren made her entrance to cut the ribbon and named MSC Meraviglia to a time-honoured crescendo of champagne and fireworks.

Mrs. Loren has held a close relationship with MSC Cruises for over a decade, when she first became godmother of MSC Lirica, in 2003. As the MSC Cruises fleet continued to grow, she blessed each and every new ship, reflecting MSC Cruises’ belief not only in loyalty, but also in Loren’s unique beauty, talent and elegant style, the same elements that distinguish every aspect on board an MSC Cruises ship.

The event finished with a delicious Michelin-star VIP gala dinner prepared by two-star Michelin chef, Hélène Daroze. MSC Cruises and Chef Daroze hope to extend the collaboration beyond this evening and work is underway to establish a partnership. 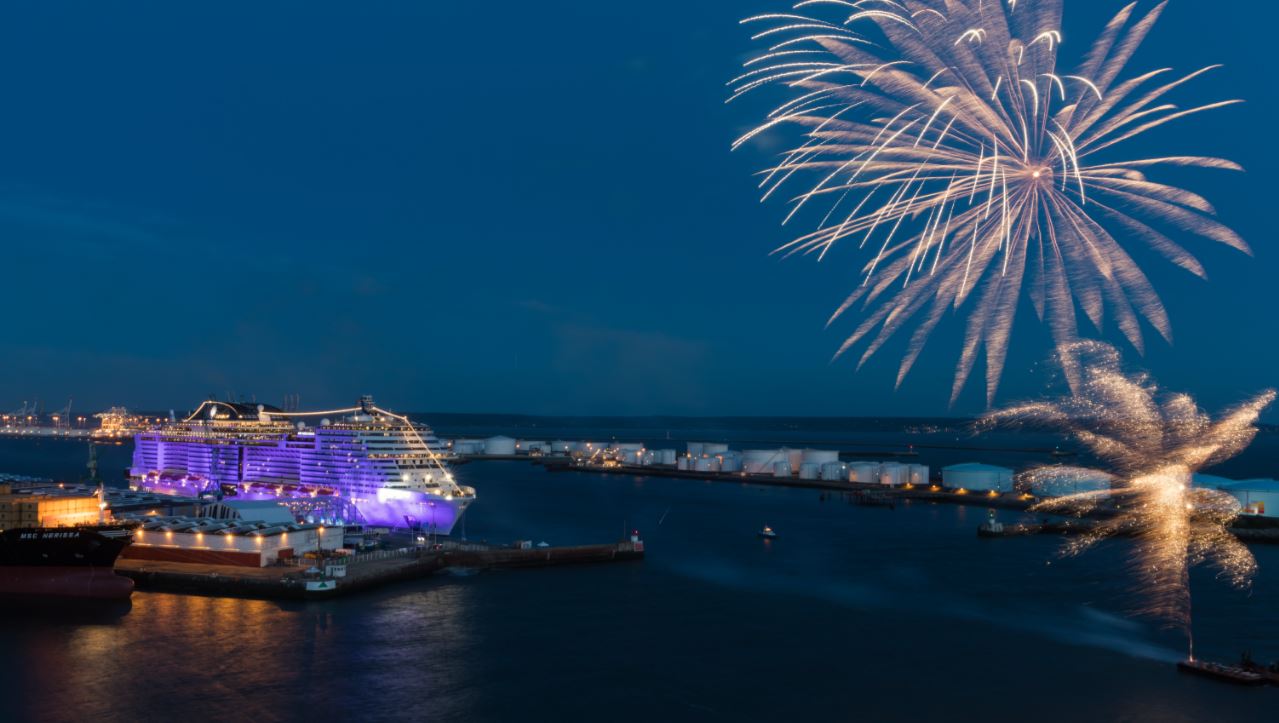