During an official ceremony, which was attended by Mr Emmanuel Macron, President of the French Republic and other high-level dignitaries from the French government, MSC Meraviglia received her official flag and blessings for good fortune. 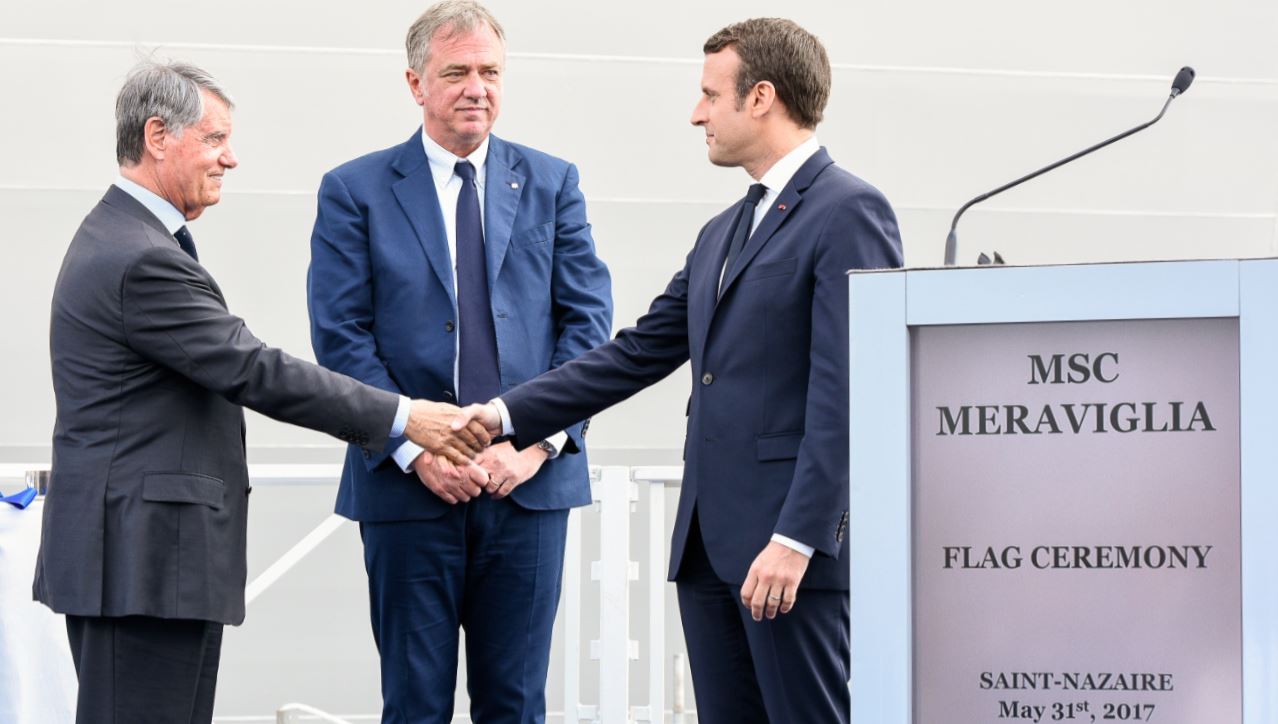 MSC Cruises Executive Chairman Pierfrancesco Vago said: “MSC Meraviglia’s coming into service marks a key milestone in the history and future of our Company. She represents the first realisation of our long-term vision for further significant growth, which, in its first phase, culminated with MSC Cruises becoming two years ago the number one cruise brand across all of Europe, while on its way to further global growth.”

“Above all,” Mr Vago continued, “we must celebrate the work of everyone: from all the workers of our partner STX France to MSC Cruises’ New Builds Team, each and every supplier and sub-supplier who has contributed to turning our vision into reality as well as everyone at MSC who has worked ashore and on board on this amazing project. A galvanized team of over up to 3,000 workers a month and over 400 suppliers built over the past three years the largest and most technologically advanced cruise ship ever constructed by a European ship owner. This is worth celebrating!”

During today’s flag ceremony, the shipyard’s pennant and the French flag were lowered, accompanied by the French national anthem, before Laurent Castaing, CEO of STX France, formally handed the ship over to MSC Cruises’ owner Gianluigi Aponte. Mr Aponte then gave command of MSC Meraviglia to Master Raffaele Pontecorvo before the ship’s flag and MSC Cruises’ pennant were raised.

The honour of cutting the ribbon fell to the ceremony’s godmother, Ms Zoe Africa Vago, daughter of MSC Cruises’ Executive Chairman and Alexa Aponte-Vago, MSC Group’s CFO. After the traditional breaking of the bottle of champagne, three blasts from the ship’s siren signalled the end of the ceremony. 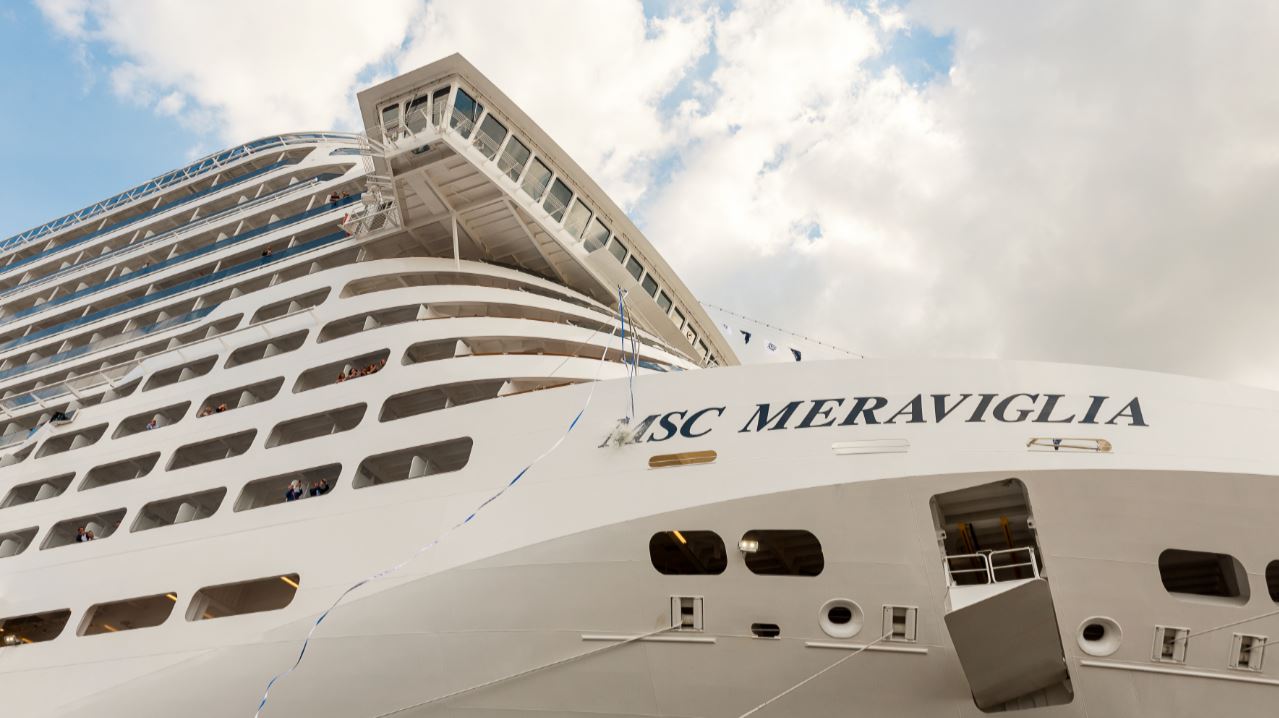 MSC Meraviglia, the 13th cruise ship to join MSC Cruises’ fleet since its inception in 2003, is 315 metres long, 43 metres wide and 65 metres high, with 171,598 GRTs. She is able to travel up to 22.7 knots and has been designed to operate in all seasons and to be able to call in most of the world’s international cruise ports, offering the widest and most exciting range of marine as well as onboard features of any MSC Cruises ship to-date.

MSC Meraviglia is now sailing towards the Port of Le Havre for her christening ceremony on 3 June. She will then begin her first sailing along the Atlantic coast, calling at Vigo (Spain), Lisbon (Portugal), all the way to the Mediterranean, calling in Barcelona (Spain), Marseille (France) and eventually Genoa (Italy). She will commence the first regular 7-night itinerary on 11 June, sailing from Genoa on to Naples (Italy), Messina (Italy), Valletta (Malta), Barcelona, Marseille and back to Genoa on 18 June.