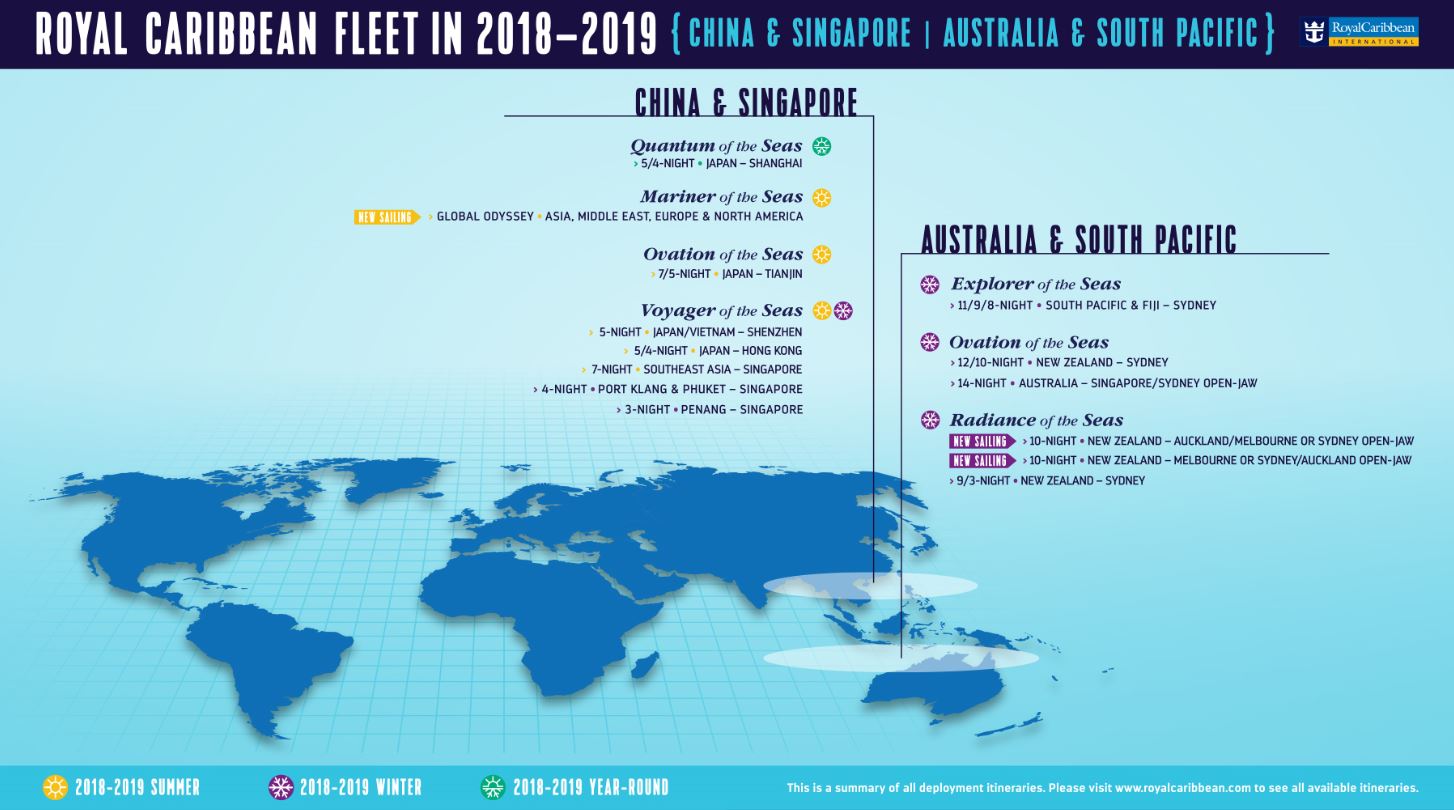 Adventures from China and Singapore

Quantum of the Seas will continue to sail from Shanghai for the fourth consecutive season, offering 78 sailings to and from Japan, beginning January 2018. Highlights will include:

– 6-night Japan itinerary: Visiting the historic city of Nagasaki and overnighting in Okinawa, Japan, guests will be able to dive into  the unique culture of the nation’s southernmost prefecture

– 8-night Ultimate Japan itinerary: Showcasing the best of the nation with stops in Kobe, Tokyo and Nagasaki, Japan 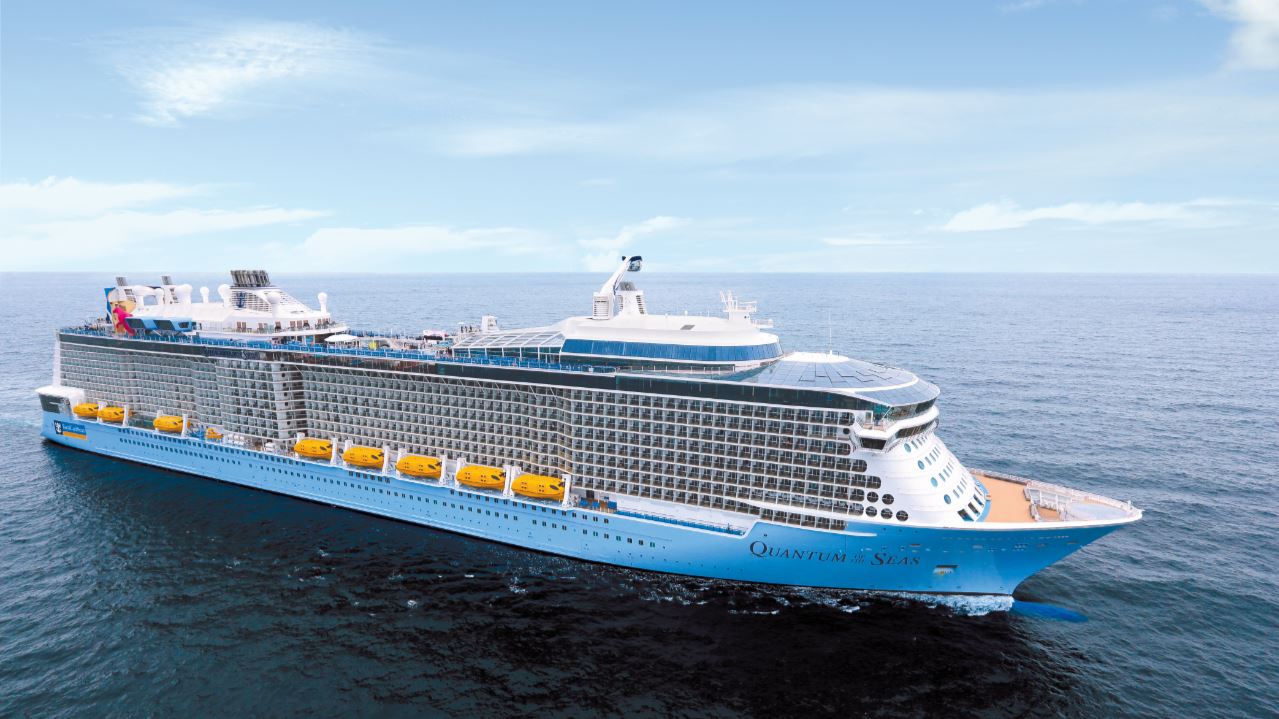 Beginning April 2018, Ovation of the Seas will return to Tianjin, China for its second season, offering a rich lineup to explore the best of Japan, including two new ports for the ship: Sasaebo and Shimonoseki. Highlights will include:

– 5-night Japan itinerary: Sailing to Sasaebo and Shimonoseki, Japan, travelers will venture to what many know as “The Gateway to Japan” 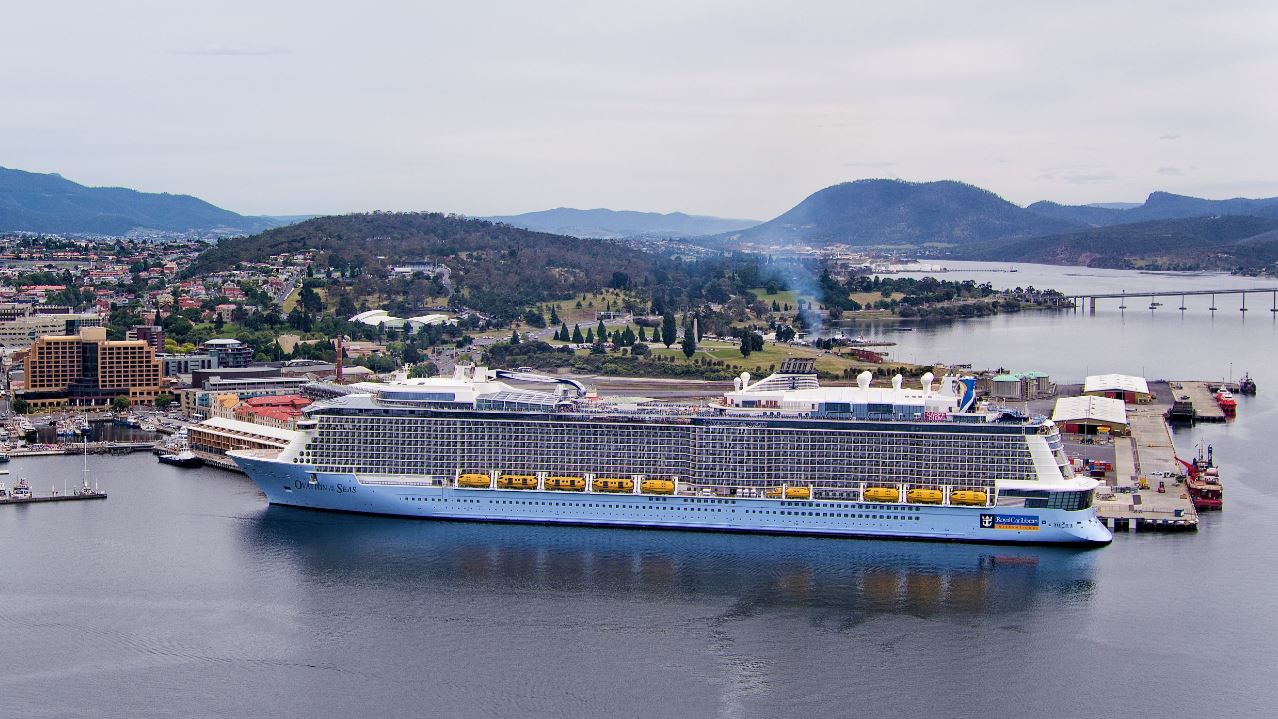 Beginning 30 April 2018 Voyager of the Seas will offer a combined total of 77 sailings from Singapore, Hong Kong and Shenzhen, China, offering countless adventures across Southeast Asia, . Itinerary highlights include:

– 4-night Malaysia itinerary: Sailing from Singapore and visiting Penang and Phuket, Malaysia, a hub of vibrant neighborhoods and heritage architecture

– 5-night Vietnam itinerary: From Hong Kong to far-flung destinations, including Chan May and Nha Trang, Vietnam, guests will discover a country of breathtaking beauty and a storied past

The voyages from China and Singapore are available to book from April 26 and April 27 onwards.

Journeys in Australia and South Pacific

Beginning November 2018 Ovation of the Seas will offer 13 sailings from Sydney, Australia, making this her third and longest season in the country. Highlights will include:

– 14-night Singapore to Sydney, open-jaw itinerary: Setting sail this Fall to ports of call including Adelaide and Hobart, Tasmania

Radiance of the Seas will have an expanded open-jaw program with three new itineraries venturing out into Australia in 2019. Highlights will include: 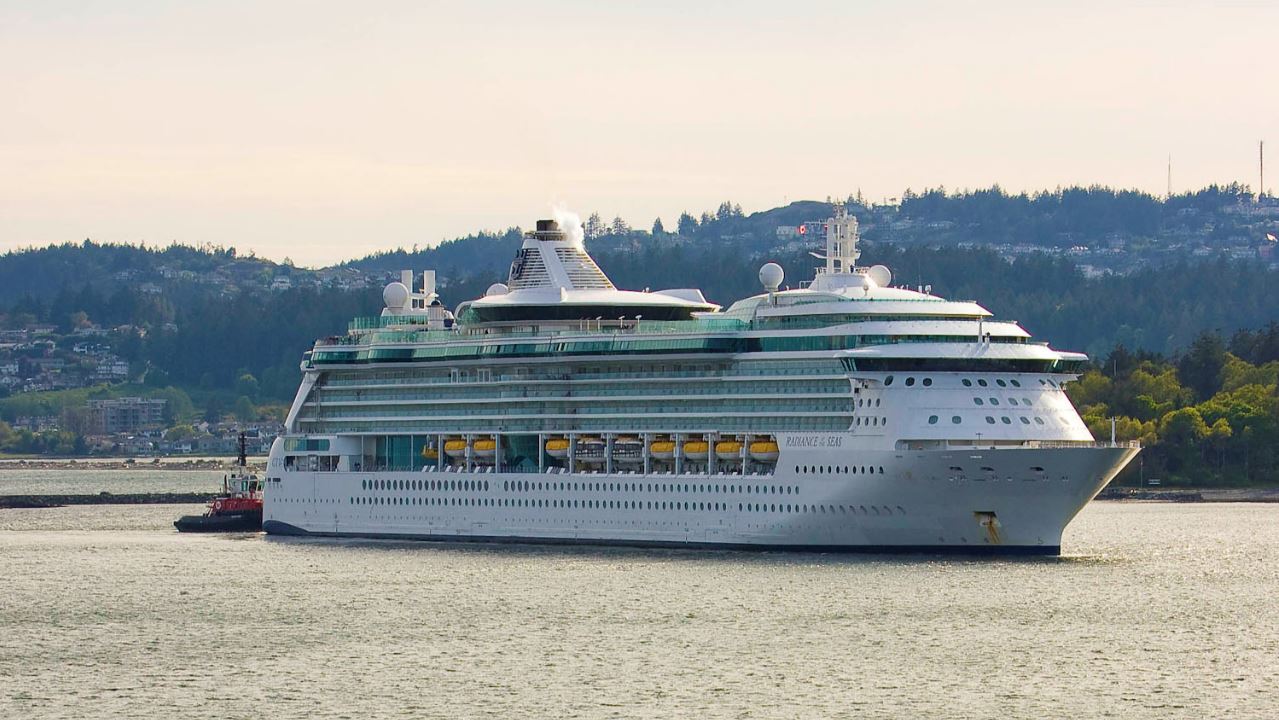 Explorer of the Seas will join Ovation of the Seas for her fourth season based in Sydney with 23 sailings exploring the island destinations of the South Pacific and Fiji. The ship’s cruises will range from 3- to 14-night itineraries, and will begin in October 2018. Highlights will include:

– a 12-night South Pacific and Fiji itinerary with a lineup of exotic destinations including Noumea in Caledonia, Port Vila in Vanuatu and Lautoka and Suva inFiji

The Australia and South Pacific cruises are available to book from May 16 onwards.

Summary of the 2018-2019 Royal Caribbean deployment in China, Singapore and Australia: 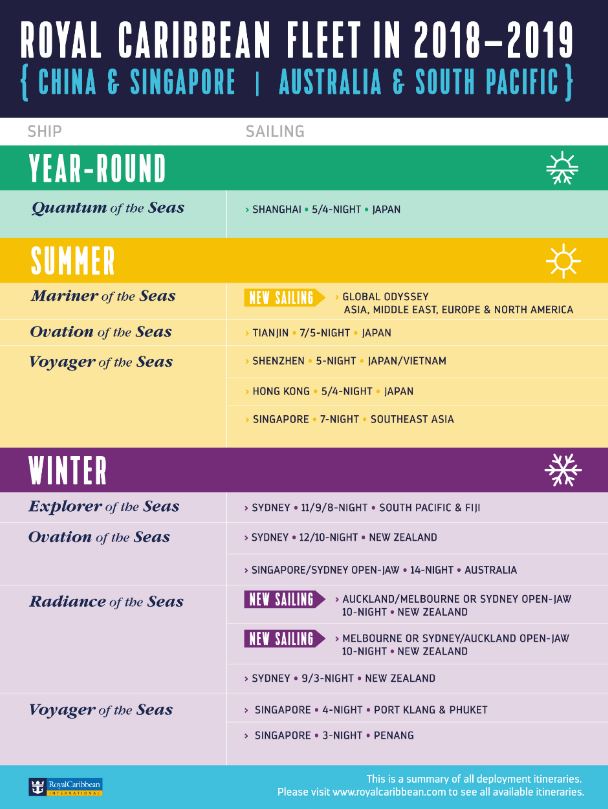