Norwegian Joy, Norwegian Cruise Line’s first ship that is purpose-built for the Chinese market, is set to float-out of dry dock on 4 March 2017.

As Norwegian Joy is nearing the end of construction, the shipbuilder Meyer Werft has announced she is scheduled to float out of the shipyard’s covered building dock on 4 March 2017. 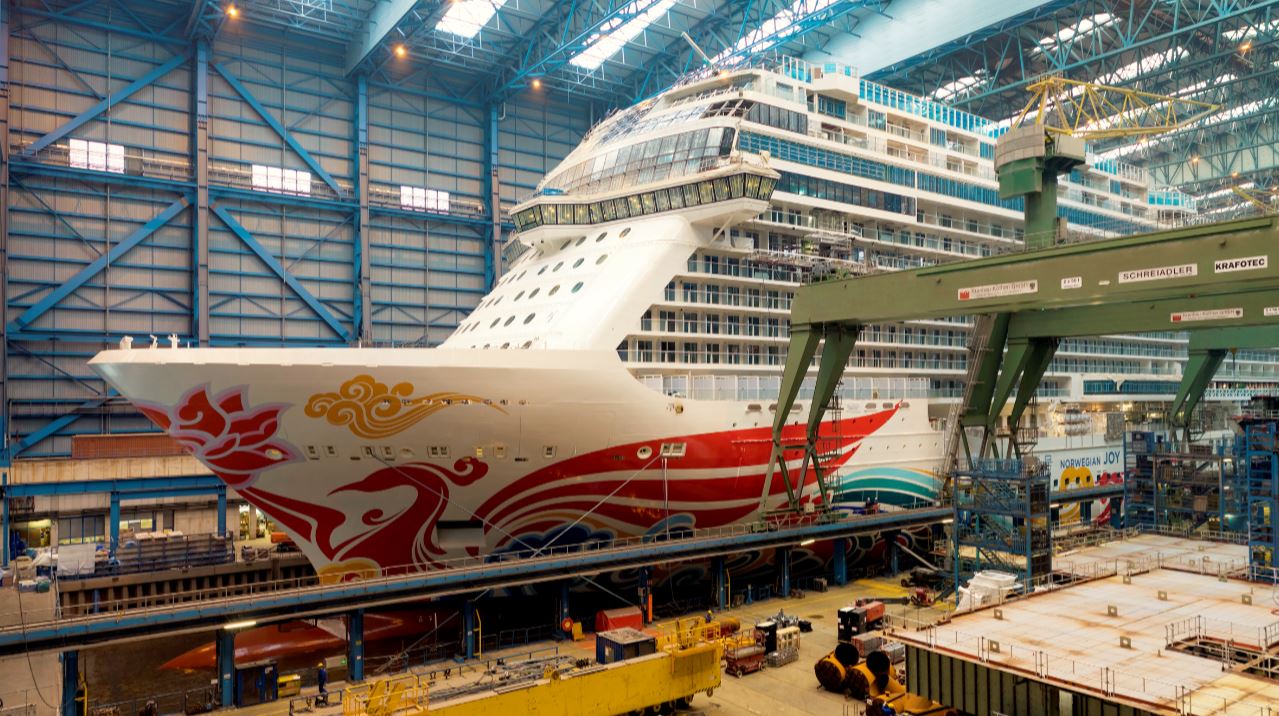 Weather permitting the float-out, which will be broadcast via webcam on meyerwerft.com, will commence around 8.00 a.m.

The remaining work, tests and trials will be carried out in the next few days with the ship being berthed at the yard’s pier.

Described as NCL’s most innovative and luxurious ship to ever be constructed exclusively for the Chinese market, Norwegian Joy has been designed to fuse a western cruise holiday with the comforts and preferences that Chinese guests expect. To find out more on Norwegian’s east meets west experience, visit our introduction to Norwegian Joy.

Norwegian’s newest vessel will offer no less than 28 different food and beverage outlets, promising to become a true foodlovers paradise. Joy will offer everything from Chinese hot pot to sophisticated French haute cuisine, the freshest Japanese sushi to the highest quality American steaks and burgers. For a closer look at the culinary offerings on board Norwegian Joy click here.

Norwegian Joy´s conveyance down the river Ems towards the North Sea, where she will prove her seaworthiness, is scheduled for the end of march 2017. The ship is expected to arrive in her homeports of Shanghai & Tianjin (Beijing) in Summer 2017.