For over 50 years the Smurfs have been making children’s hearts race and from now on they can be found on board Brussels Airlines’ flights, to surprise the growing number of children travelling with the airline. With The Smurfs, the airline adds another famous Belgian ambassador to its partners.

More than fifty years after Brussels-born comic artist Peyo brought them to life, the Smurfs remain popular all around the globe. The adventures of the more than 100 Smurf characters who live in the Smurf village and fight against the wizard Gargamel, have resulted in more than 40 comics, more than 400 cartoon series episodes and two 3D films. 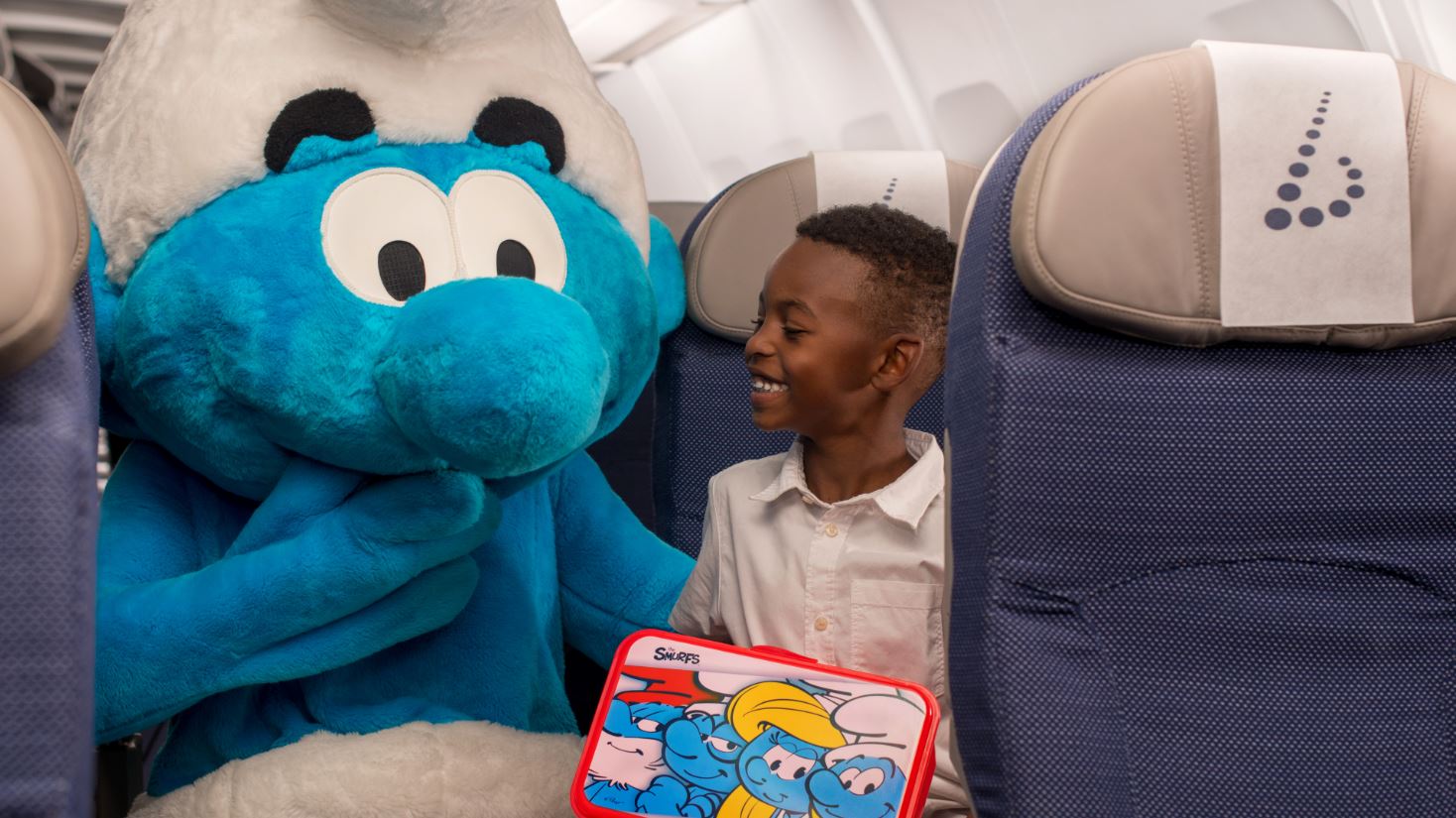 From now on, the famous blue-skinned characters also fly on board Brussels Airlines’ flights, as children who fly the Belgian airline to the States, Canada or Africa are all spoiled with a Smurf lunchbox, with Smurf coloring books, Smurf memory games and Smurf finger puppets. The child meals that are served in these boxes (meatballs in tomato sauce, pasta,…) have been carefully selected after a tasting session where more than 60 kids gave their input. Children flying on the short haul network in Flex&Fast or Bizz&Class, receive a Smurf lunchbox on their flight out of Brussels.

Véronique Culliford, daughter of cartoonist Peyo and founder and president of IMPS: “We’re very proud that our Smurf now travels around the globe on the planes of this beautiful Belgian company, Brussels Airlines. The Smurf is an excellent ambassador who carries the values of universality, respect and helpfulness. The Smurfs are without a doubt one of the best known Belgian brands worldwide, with hardly anyone knowing it’s Belgian.” 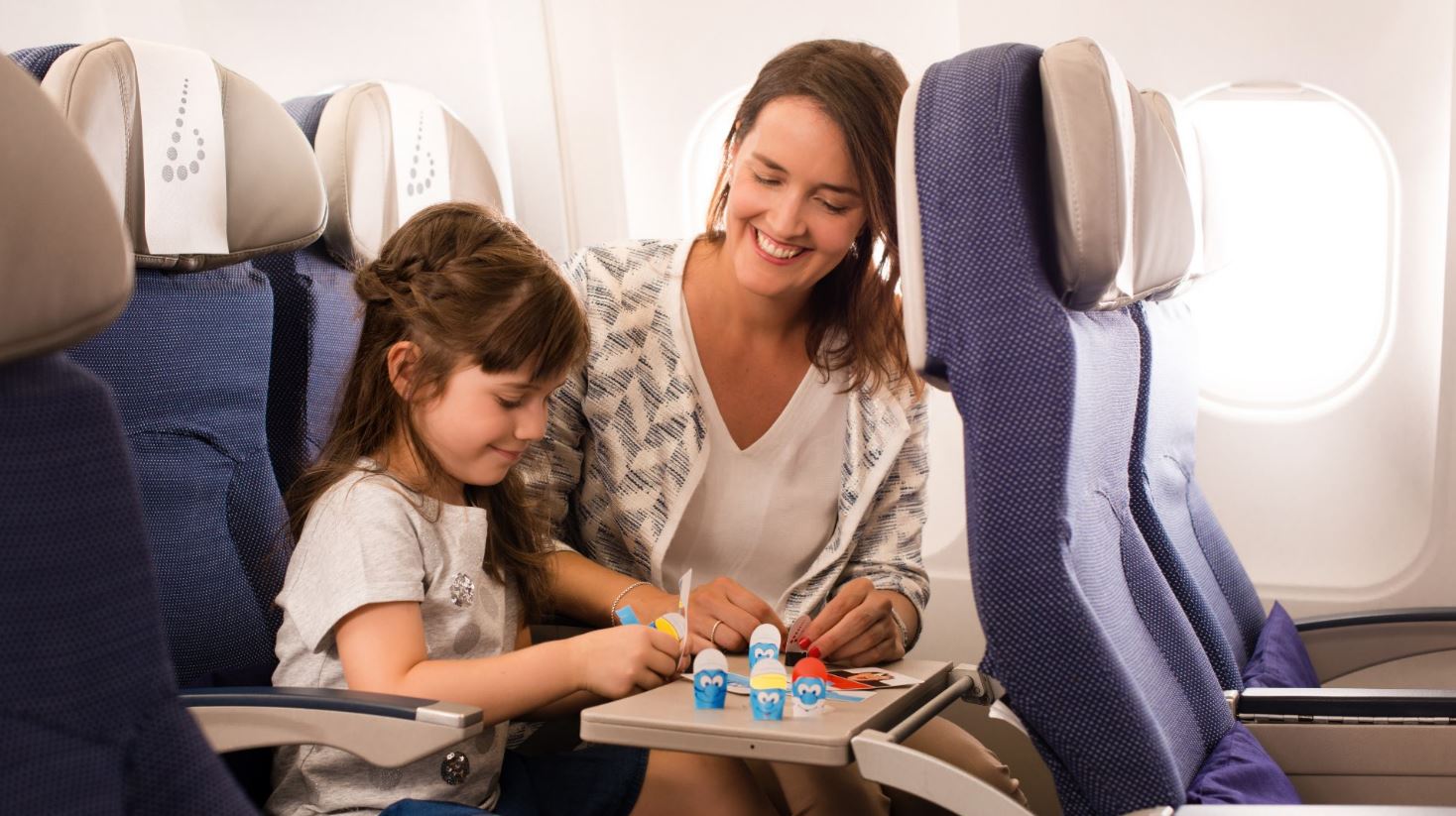 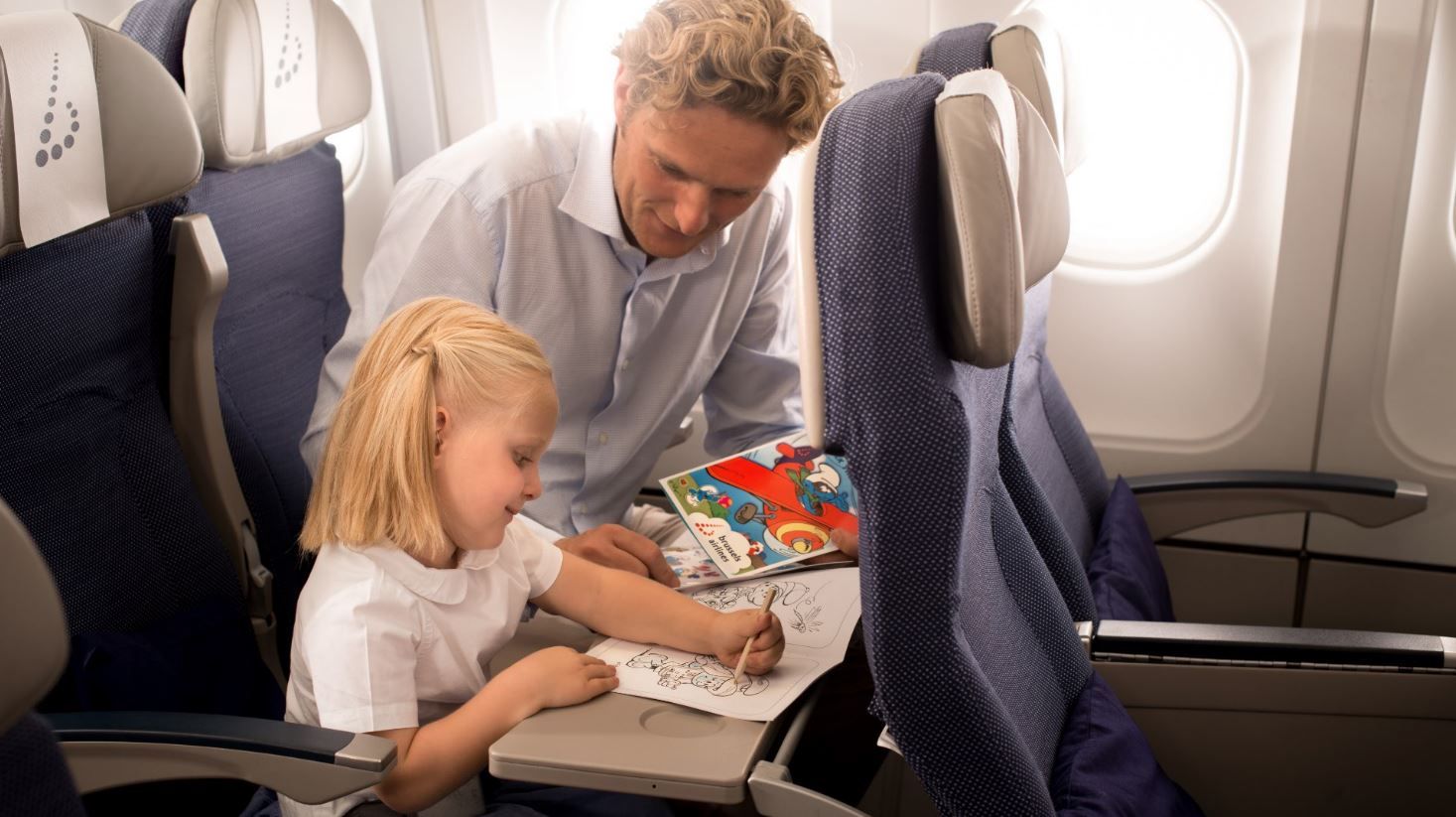