Over a year ago Sir Richard Branson surprised the world by announcing his latest business venture, the start-up of Virgin Cruises: “Starting a cruise line has been a dream of mine since I was 27. At the time I wanted to operate a cruise line for under 30s. Once I turned 30, I decided that we’d have to add a clause that would still allow the owner aboard! While the under 30s cruise line didn’t come to fruition, we’re excited to be making waves in the industry by delivering an innovative and new cruising experience.” 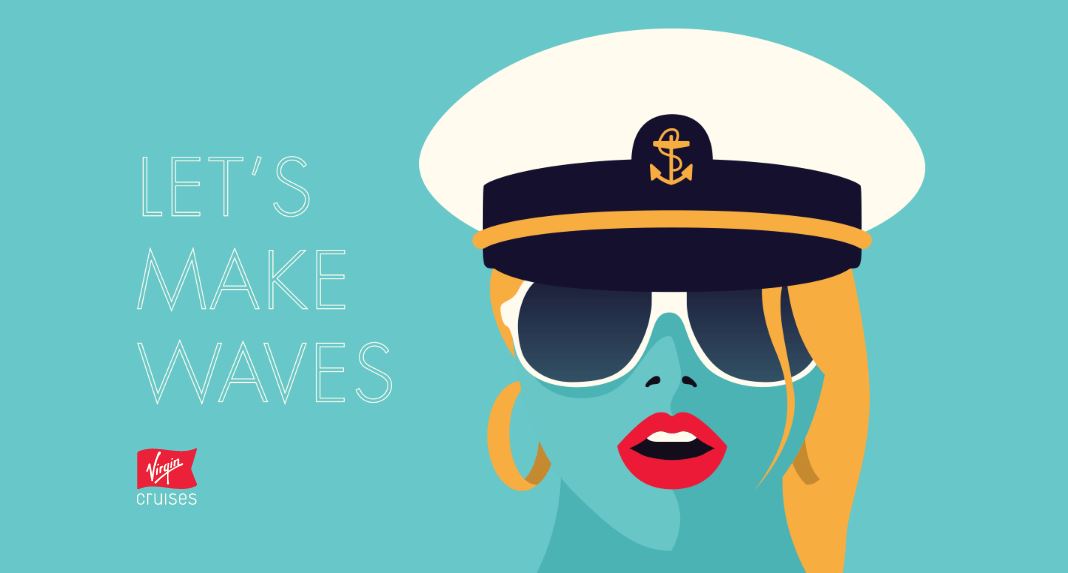 “We plan to shake up the cruise industry and deliver a holiday that customers will absolutely love,”Richard Branson, Virgin Group Founder, said. “They’ll be sailing on the latest ships offering a great quality, a real sense of fun and many exciting activities all delivered with the famed Virgin service.”

Tom McAlpin, in a previous life the President of Disney Cruise Line and President and CEO of The World, Residences at Sea, joined the Virgin Cruise management team as CEO.

“Cruise guests deserve something better and different to what is being offered today, and Virgin Cruises is committed to creating breathtaking experiences for them and a new generation of guests,” he said. “Opportunities like this do not come often, so I am very excited to lead this business and introduce the Virgin brand to the cruise industry, as it has always put customers at the heart of what it does.”

Virgin Cruises will operate three mid-size cruise ships built by Italian shipbuilding company Fincantieri. The ships about 110,000 gross tons each, are scheduled for delivery in 2020, 2021 and 2022. Each ship will feature 1,430 guest cabins to host more than 2,800 guests. There will also be 1,150 crew on board to look after the guests and deliver the Virgin service. Embarking from PortMiami, Virgin Cruises plans to offer a range of seven-day Caribbean itineraries, with a Sunday sail date.

Today in  a meeting with the press and social media in Miami Tom McAlpin and Richard Branson gave an update as to where the company stands today and revealed some big news.

In an atempt to distance the company from other cruise lines Virgin Cruises have rebranded themselves as Virgin Voyages.

Shortly after making his entry, like only he can, posing as a cabana boy alongside two girls in bikini, Sir Richard explained: “I’ve been giving it a lot of thought and the name cruise is awful.” He continued:“I’ve never been on a cruise ship, I never fancied going on a cruise ship, but I do fancy going on a voyage.“

The new name “matches the daring, unexpected adventure you want us to deliver.”

Together with the new name a new website, displaying a completely new look and feel, was launched.

“We’re on a mission to build a bold new cruise line just for you. One that makes sailing the ocean blue exhilarating. After all, that’s how travel should feel. It should be a departure from an ordinary getaway — audacious, romantic and always about you. It should never be just about getting from point A to point B. Virgin Voyages will be the place where irresistible style has finally found its sea legs.”

Climeon Ocean is a heat power solution that generates electricity using waste heat from the ship’s engines delivering reduced fuel consumption as well as reduced emissions. Per ship this would result in an annual savings of 5,400 tons of CO2, an amount that would take 180,000 trees 30 years to absorb.

McAlpin told the audience first steel-cutting will take place by February 2017 and keel-laying – the formal start of a ship’s construction – will follow by the end of that year in Genua.

Virgin Voyages’ first ship is scheduled to arrive in Miami in 2020.