Two of the new LNG-powered ships are designated for Carnival Cruise Line, and will be built by Meyer Turku at its shipyard in Turku, Finland. Carnival Cruise Line is scheduled to take delivery of two new 180,000 gross-registered-ton cruise ships in 2020 and 2022. With an approximate passenger capacity of 5,200 based on double occupancy the two new ships will be the largest in the fleet.

The third new ship is designated for P&O Cruises UK and will be built by Meyer Werft at its shipyard in Papenburg,Germany. The new ship will, like its Carnival sister ships will exceed 180,000 gross tons and will accommodate approximately 5,200 guests making it the largest cruise ship to be built specifically for British guests. The ship is expected to be delivered in 2020. 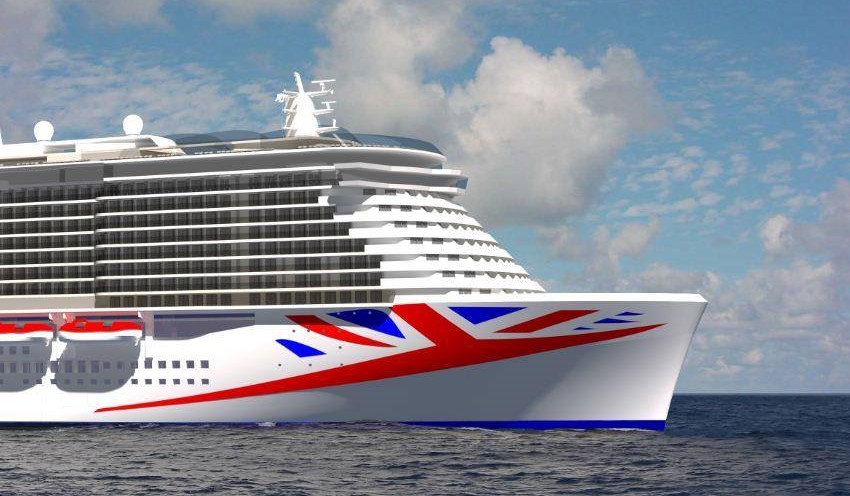 The new ship will be the largest in the P&O Cruises fleet, compared to P&O Britannia currently the largest ship in the fleet at 141,000 gross tons. The ship will have a striking new exterior and interior design and will include the company’s classic and iconic features

In total, Carnival Corporation now has agreements in place to build seven LNG-powered cruise ships for four of its 10 global cruise brands in coming years. The first of these ships is expected to be in service for AIDA Cruises and Costa Cruises in 2019.

Based on Carnival Corporation’s next-generation “green cruising” ship design, these ships will use LNG to generate 100 percent of the ship’s power both in port and on the open sea, an innovation that will significantly reduce exhaust emissions to help protect the environment.

Coinciding with the announcement Arnold Donald, CEO of Carnival Corporation & plc. said: “We are proud to be at the forefront of introducing LNG-powered ships to the cruise industry, working with our partners to achieve shipbuilding breakthroughs like this that will help us produce the most efficient and sustainable ships we have ever built. This is also an important step in our fleet enhancement plan that enables us to execute on our long-term strategy of measured capacity growth over time, while delivering innovative new ships that further elevate our already great guest experience. Every time we launch a new ship, we have a new opportunity to create excitement and show consumers why cruising is a great vacation at an exceptional value, especially for those who typically consider land-based vacations.”