Just a few days ago we witnessed the float out of Ovation of the Seas at the Meyer Werft construction yard in Papenburg, Germany. 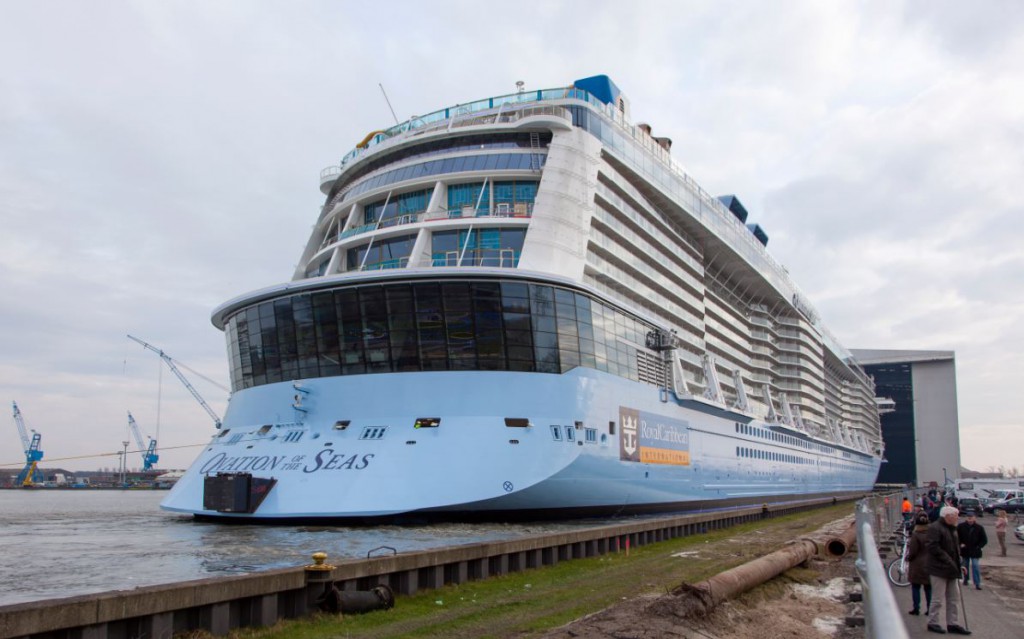 Today Royal Caribbean released pictures showing the installation of the azipod propeller blades. You may remember that two weeks ago, the propulsion system on Anthem of the Seas was damaged after a major storm while en route from Bayonne (New Jersey) to the Bahamas.

The azipods are used to pull the ship through the water. They can rotate 360 degrees allowing the ship to manoeuvre in any direction. 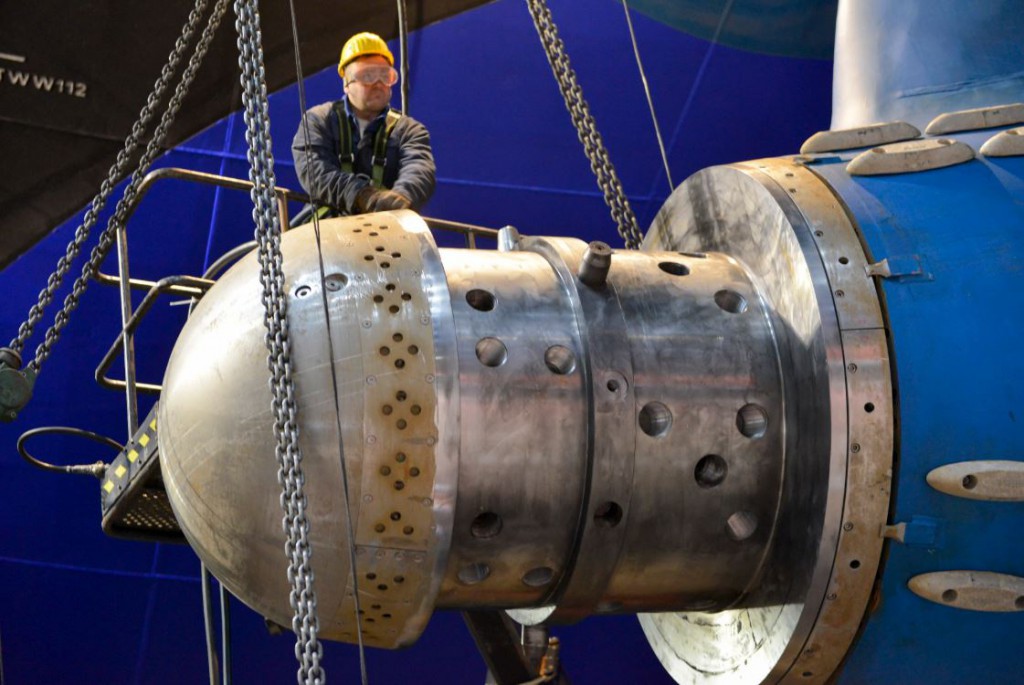 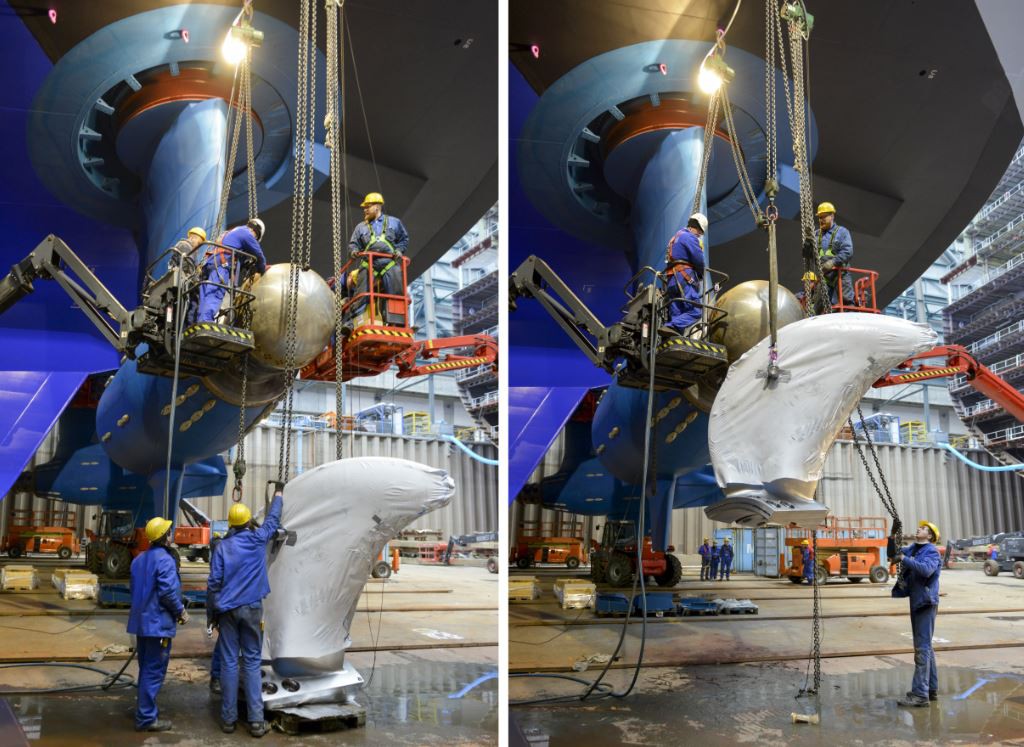 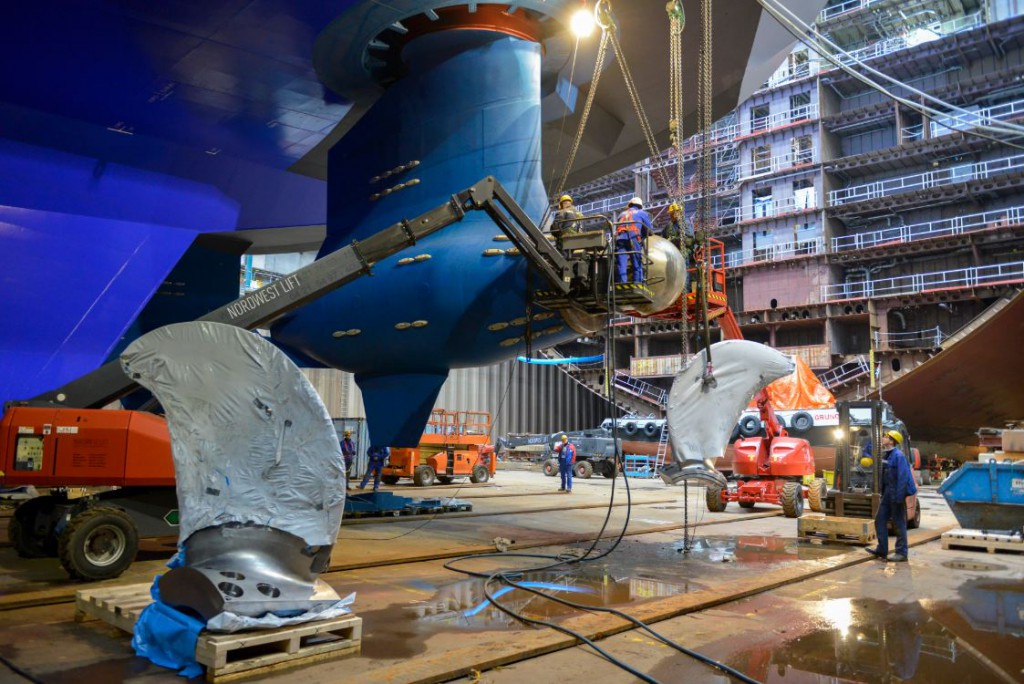 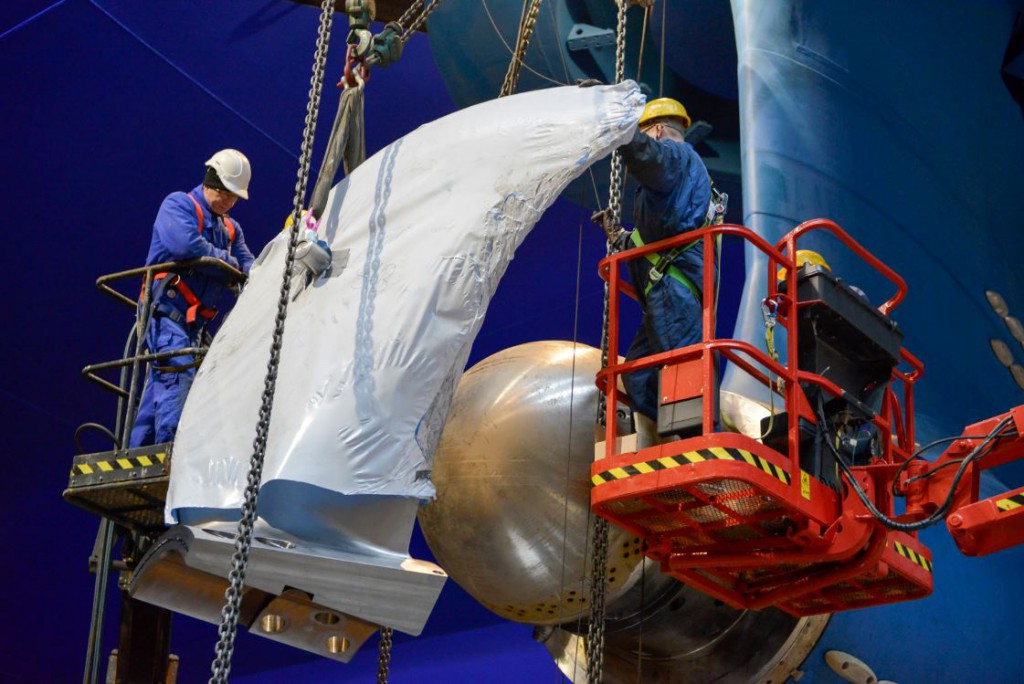