2015 was another very successful year for the cruise industry. As more and more people found their way to a cruise vacation, more new ships are either on order or under construction.

In march 2015 the world saw Her Majesty Queen Elizabeth Christen P&O’s new flagship Britannia. We had the opportunity to visit Britannia while she was in Belgium and immediately fell in love with the British take on modern cruising. 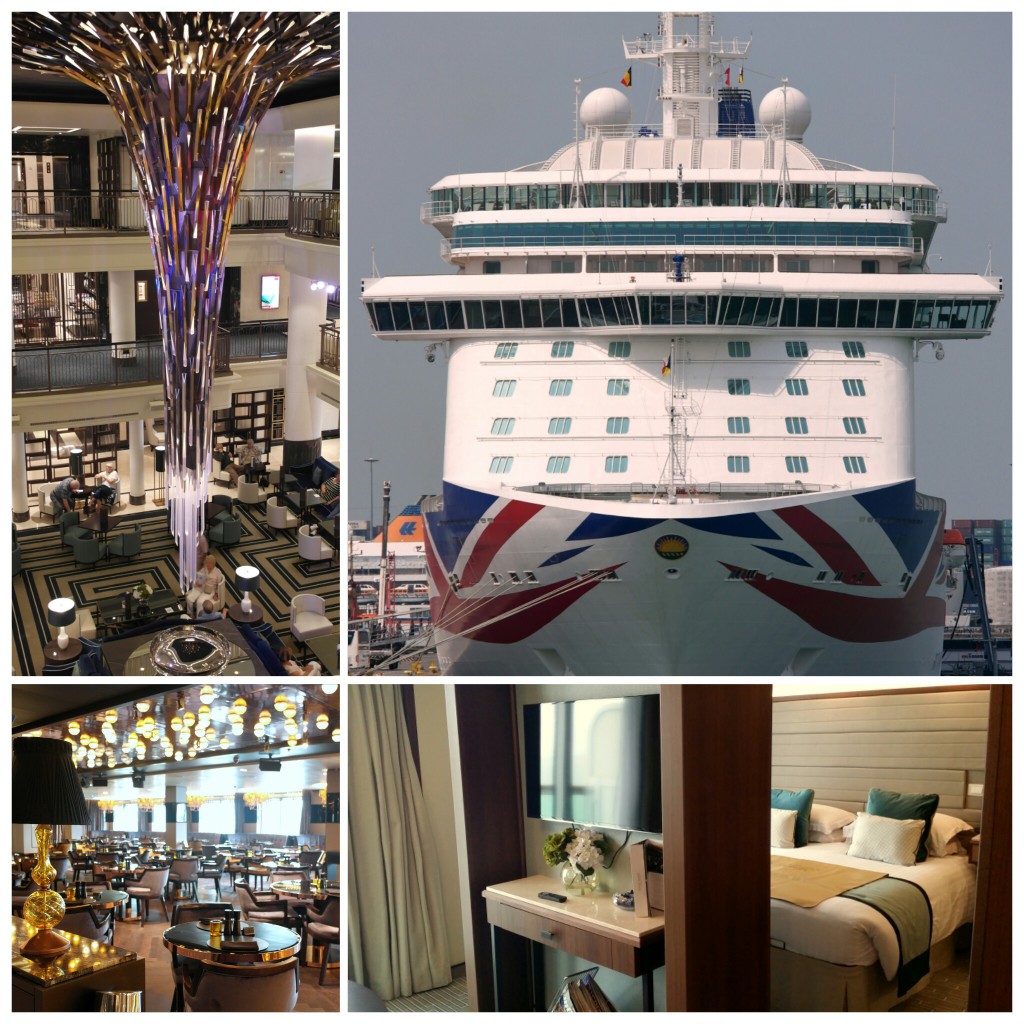 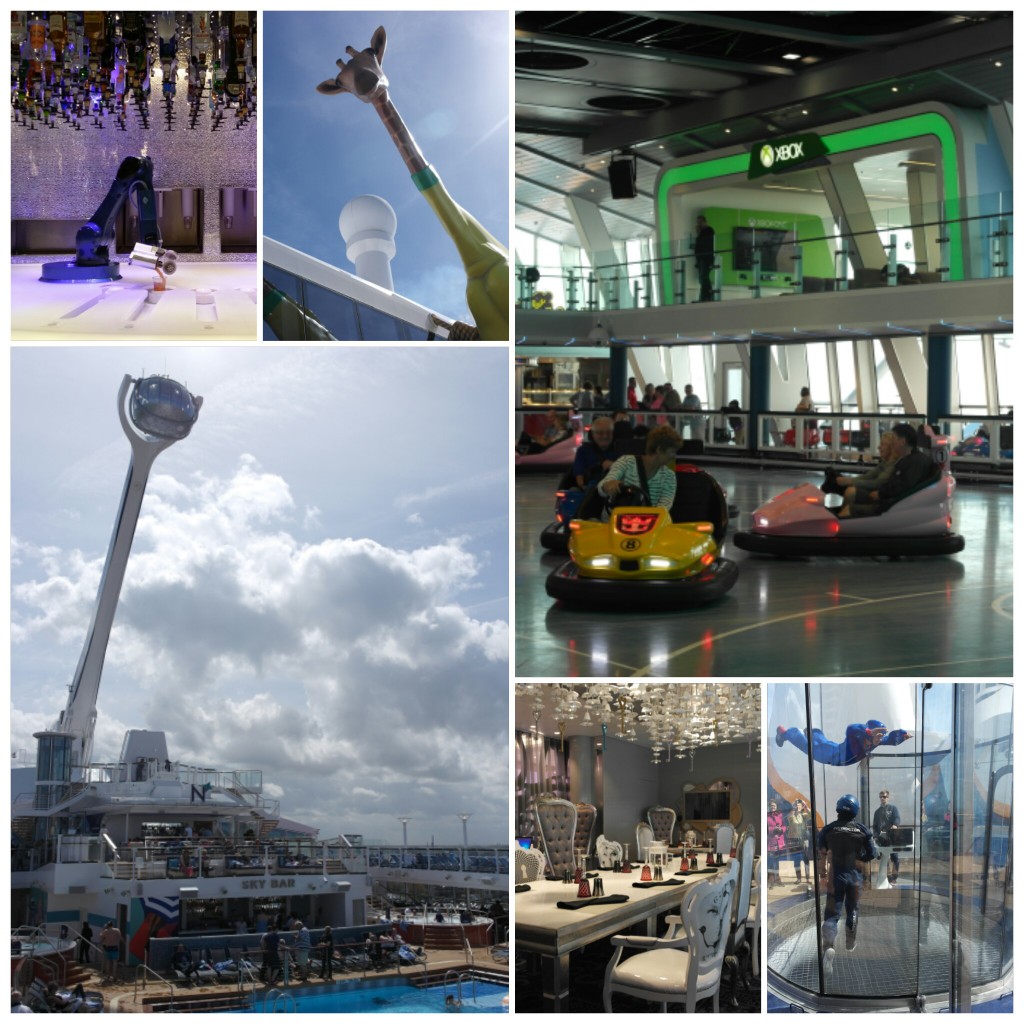 October should have been the month where we got to discover the unique hull design of AIDAprima, unfortunately the Japanese shipyard could not meet the deadline for delivery.

Luckily we did see Norwegian Escape take to the water and conquer the hearts of the many guests who sailed on her since then. 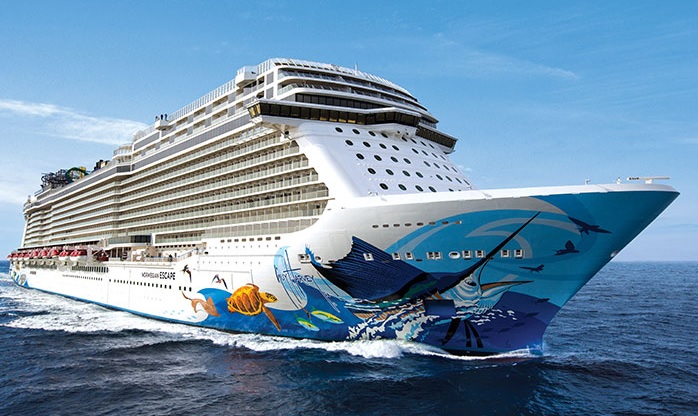 At the beginning of a new and promising cruise year it might be a good idea to get the crystal ball out and have a look at the cruise ships that are coming our way in 2016.

Early 2016 we should see the delivery of Viking Sea, the second ship for Viking Ocean Cruises. Viking Sea had her ceremonial float out in June 2015 and is expected to be as successful as her predecessor Viking Star.

With a capacity of 930 passengers Viking Sea is considered one of the smaller big ships. Some of her key features to look out for are a Snow grotto with falling snowflakes and a glass-walled infinity pool cantilevered off the Viking Sea’s stern.

By early April we should see Holland America Line’s much anticipated Koningsdam. MS Koningsdam will be HAL’s first new ship in six years featuring not only many of the signature amenities that HAL guests love, but also several new concepts. These include new stateroom types, entertainment venues and specialty restaurants. World Stage, the innovative theater onboard Koningsdam, will feature LED screens two stories high and 250 feet long,  surrounding the audience and giving them a spectacular 270-degree view. 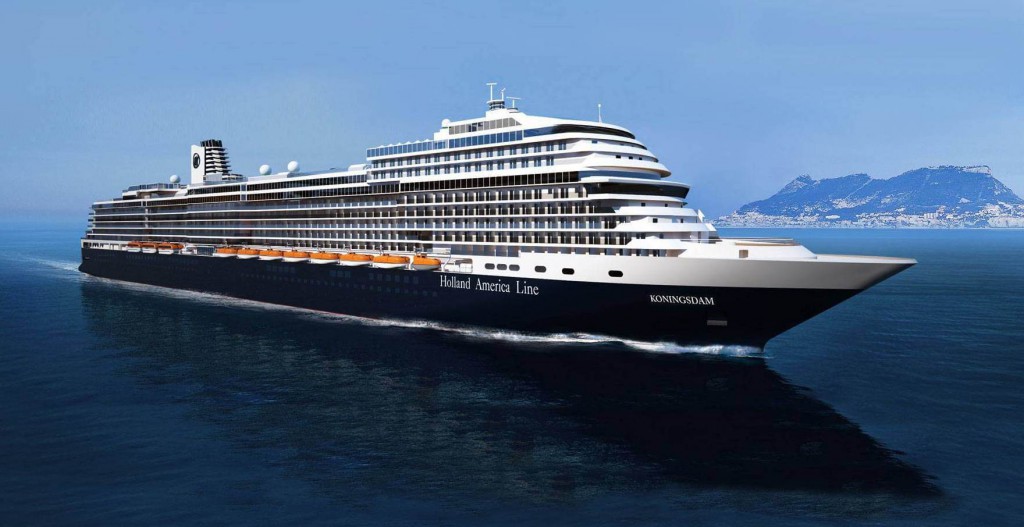 Koningsdam is expected to start her inaugural European season on April 8th out of Civitavecchia/Rome before heading towards Fort Lauderdale in November.

One week later Royal Caribbean’s third smartship, Ovation of the Seas, will make her debut with a 5 night France & Belgium cruise leaving Southampton on April 17th. The following weeks Ovation embarks on a ‘global odyssey’ bringing her to her homeport in Australia. Onboard the 4180 guests can enjoy all the popular features  (skydiving simulator, North Star, SeaPlex, Two70 etc…), that were introduced with the Quantum class.

We should also, finally, see AIDAprima emerging from her long overdue construction in Japan. Germany based AIDA Cruises’ new flagship, with her brand new hull design, was supposed to start sailing in October 2015, but unfortunately the shipyard was unable to deliver the ship on time forcing AIDA to postpone AIDAprima’s inaugural cruise to April 30th 2016. AIDAprima will offer 8 day cruises departing in Hamburg and Rotterdam.

Carnival Vista will kick off the month of May  with a 13 night Adriatic & Mediterranean inaugural cruise that will bring her from Trieste (Italy) to Barcelona (Spain). Carnival Vista will introduce guests to the first IMAX theater at sea and the Havana staterooms & suites, creating a resort within a resort. 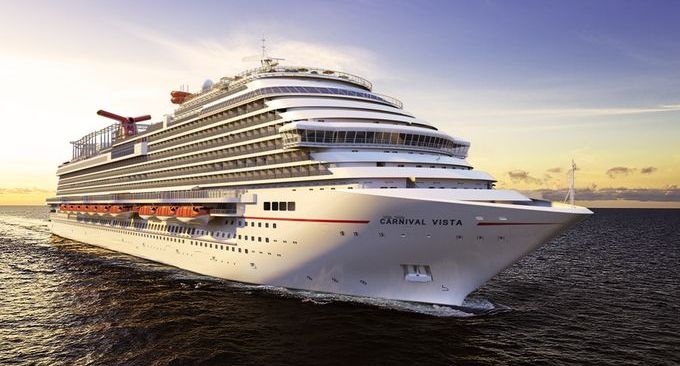 Also in May Royal Caribbean is launching Harmony of the Seas, the third Oasis Class ship. Harmony of the Seas will be the biggest and the best. The biggest because she will simply be the biggest cruise ship in the world, surpassing Allure of the Seas by a few inch. She wil feature all of the latest innovations that were introduced in the Quantum Class ships and the first Royal Caribbean ship with waterslides. Also on Harmony: The Ultimate Abyss, the tallest slide on the high seas. The pair of side-by-side slides will release adrenalin-seeking guests into a chilling 100 foot drop that twists and turns in a serpentine-like movement as they slide from the Pool and Sports Zone on Deck 16 to the Boardwalk on Deck 6. Harmony will spend summer in the Mediterranean before sailing to Fort Lauderdale in October. 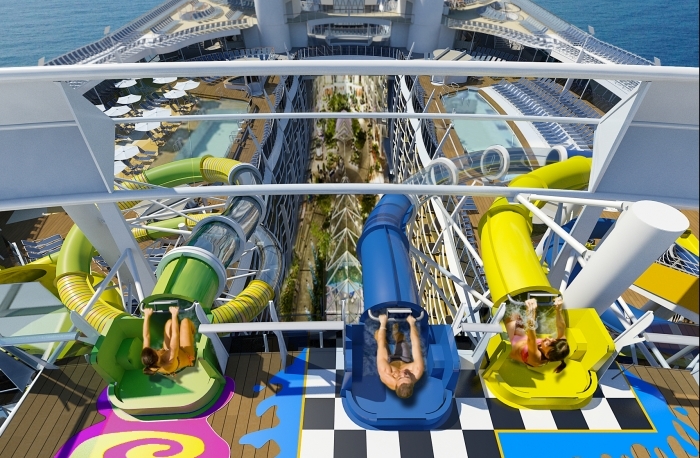 German Tui Cruises will take delivery of Mein Schiff 5 (My Ship 5) in June.

At the end of the same month Regent Seven Seas, the all-inclusive luxury cruise line, is taking delivery of what is already called the ‘most luxurious ship to sail the seven seas’, Seven Seas Explorer. Guests can experience the ‘new standard in elegance and sophistication’ on her inaugural cruise on July 20th. Later Seven Seas Explorer will offer a variety of Mediterannean voyages before crossing the Atlantic to Miami in November. Slightly larger than her sister ships, the all-suite, all-balcony Seven Seas Explorer will carry only 750 guests and nearly the same number of crew. 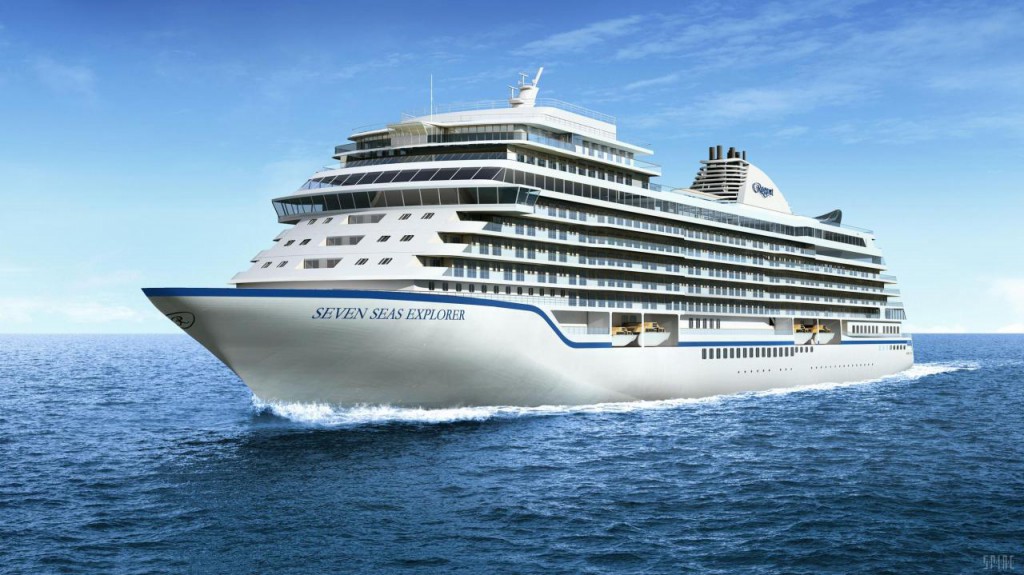 Near the end of the year two more ships are expected to be delivered to their respective owners.

By October Genting Dream, which is currently under construction in Germany, should be making her way to Asia. Genting Dream is the first ship of the new premium brand Dream Cruises, created by Genting Hong Kong 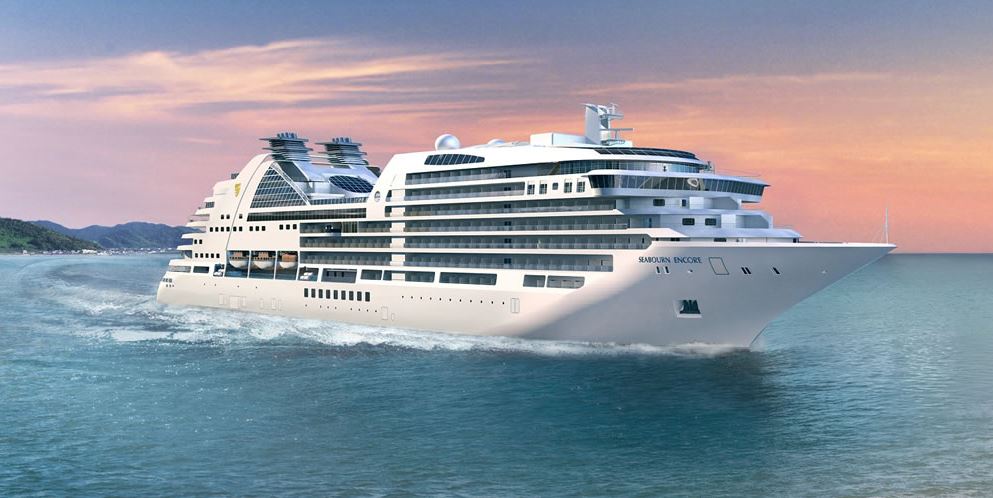