Today Quantum of the Seas, the first ship in the Quantum class of ships, arrived in Hong Kong as part of the global journey she is undertaking. The nearly two-month epic journey around the world via the Atlantic Ocean, Mediterranean Sea, Arabian Gulf and Indian Ocean started of in New Jersey and brings her to Shanghai from where she will be sailing year-round trips to Japan and Korea. 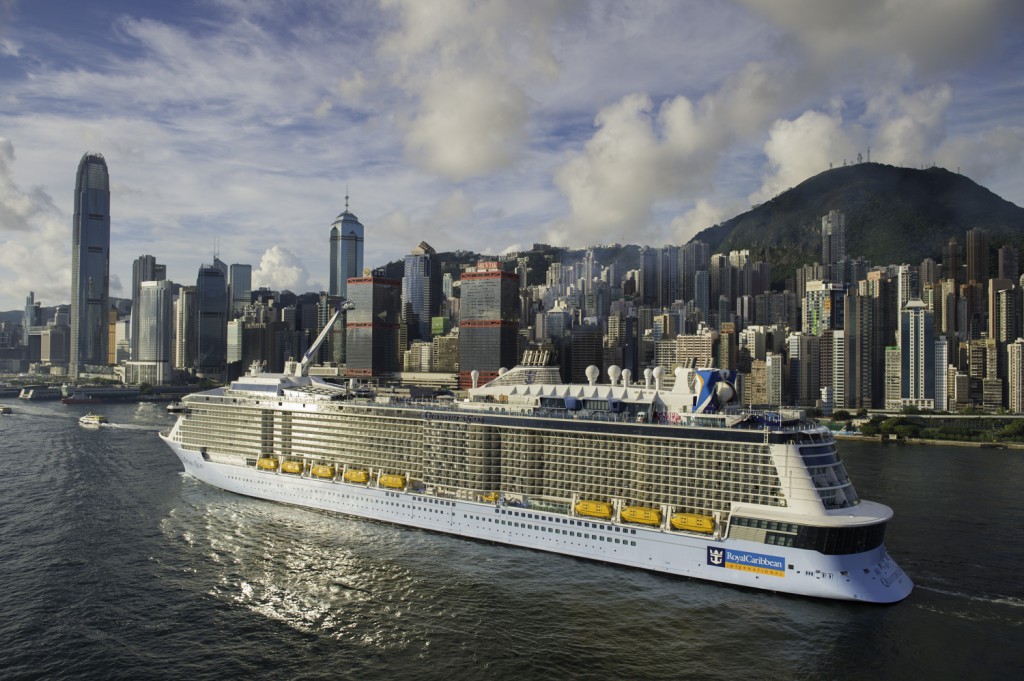 Quantum of the Seas, introduced in October 2014, offers experiences such as a sky-diving simulator, the North Star observation capsule ( ascending over 300 feet above sea level giving breathtaking 360° views of the sea ), Seaplex ( the largest indoor active space at sea, with bumper cars ), inside cabins with virtual balconies, TWO70 ( the lounge that becomes a performance venue at night ), robot bartenders and so much more.

Quantum of the Seas is also the first ship to introduce the Dynamic Dining concept characterised by the absence of set dining times and assigned seats . Unlike previous Royal Caribbean ships Quantum Class ships, and soon the Oasis Class ships, no longer have a main dining room but a concept similar to the Freestyle concept used on Norwegian Cruise Line, where guests dine in a different restaurant of their choice every night. In addition a “classic” option has been added to dynamic dining where guests rotate between restaurants but keep the same tablemates, waiter, and assistant waiter.

For more info on the Quantum class of ships have a look at our Anthem of the Seas – a visit post.

Quantum of the Seas arrived at the Kai Tak cruise terminal located in the heart of Victoria Harbour in Hong Kong. 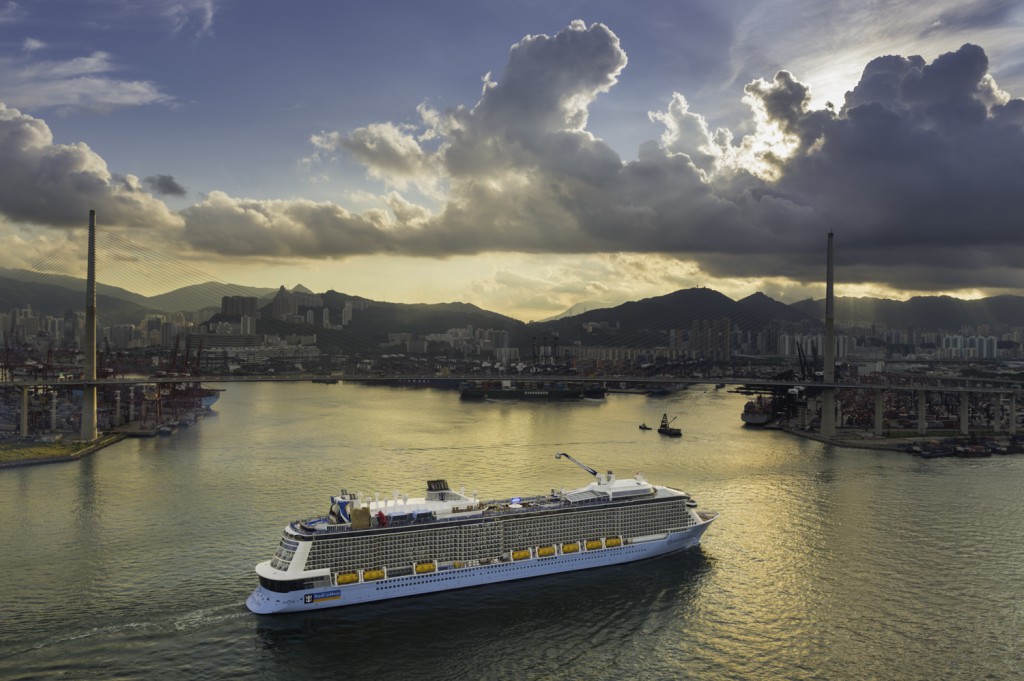 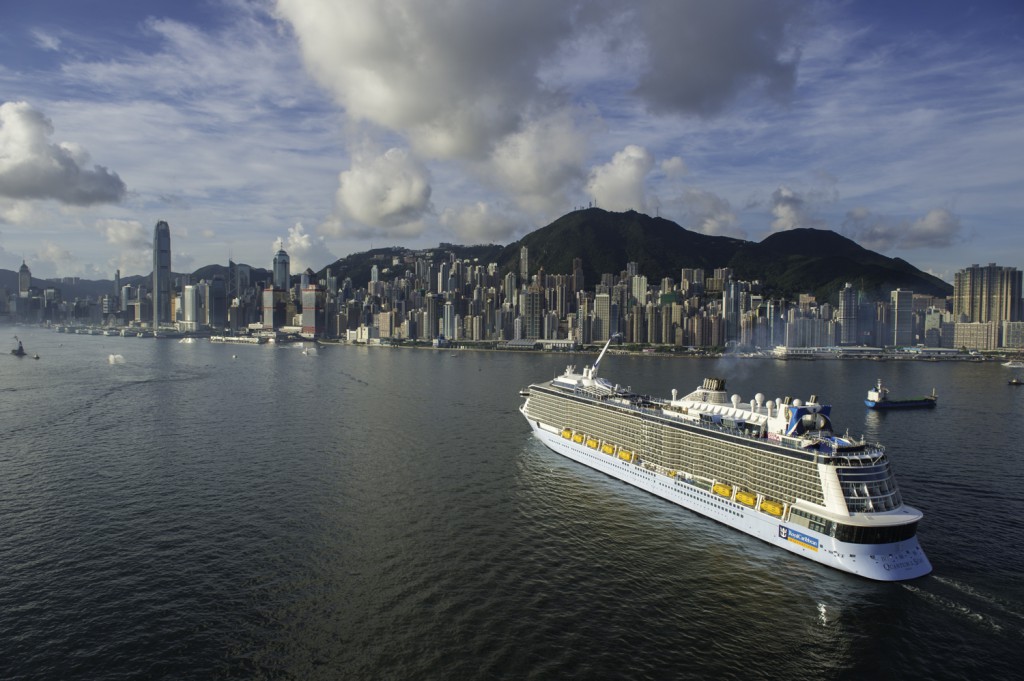 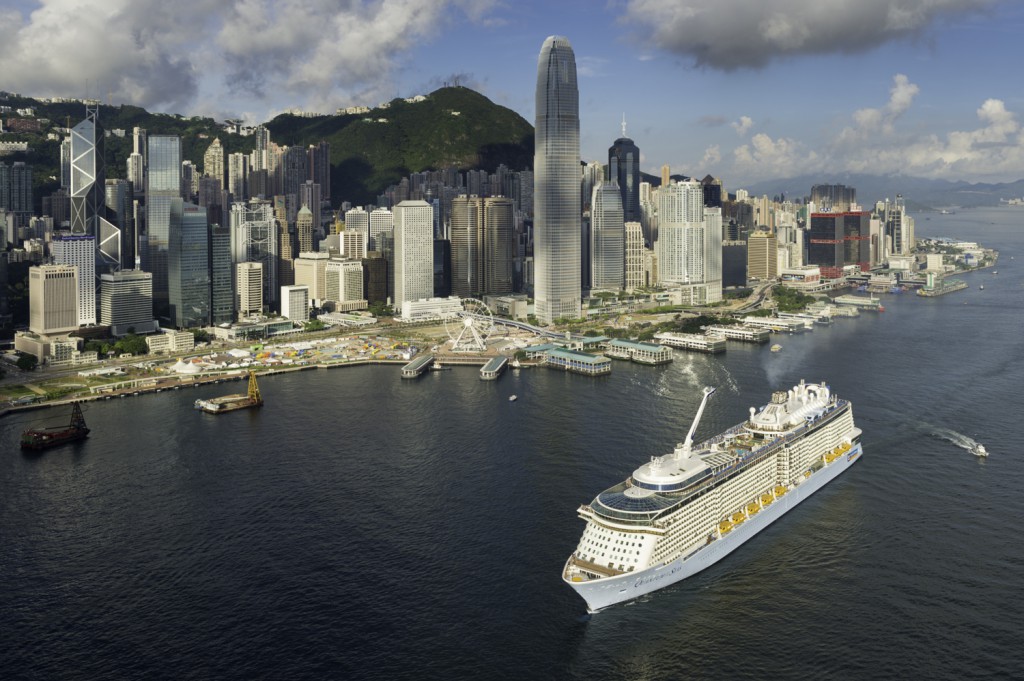 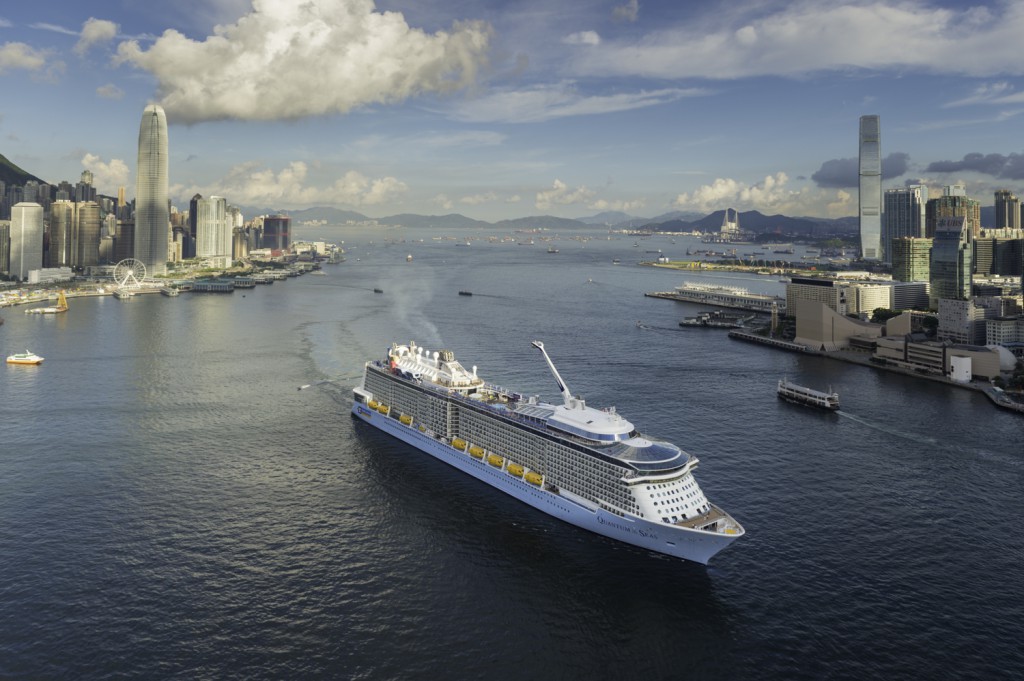 2 thoughts on “Quantum of the Seas arrives in Hong Kong”