With food playing an essential part in any cruise experience and thousands of meals prepared every day on board its fleet, Costa Cruises has put food at the very heart of its sustainable development strategy. The cruise line aims to cut food waste in half by 2020.

With its 4GOODFOOD program Costa Cruises intends to cut the food waste on its ships in half by 2020, ten years ahead of the deadline set by the UN Agenda 2030.

The 4 cornerstones of the 4GOODFOOD program are:

﻿THE VALUE OF FOOD

In 2016 Costa Cruises laid down a marker for the shipping industry when it set out on the path to recognizing the value of food and responsible consumption in a complex setting like a cruise ship.

The first stage of this process was the review of the gastronomic offer through the selection of quality products and raw materials, prioritizing the seasonal availability of produce and the fleetwide introduction of more than 500 dishes and recipes reflecting Italy’s culinary heritage and the Mediterranean Diet. This included the introduction of vegetarian food, more vegetable proteins (legumes and lesser known cereals) and the creation of a “crudité corner” full of fruit, vegetables and seeds.

In addition Costa reviewed the entire range of wines, preferring quality and caring about biodiversity.

An important work was also done on the purchasing system in the territories where the ships call, leading to a large result of about 15% of local supplies, which has a positive impact on the economies of the local area and reduces logistics.

Every year about 1/3 of all food intended for human consumption is lost or wasted from farm to plate. This means more than a billion tons of food never make it to the table.

By using kitchen scales connected to a data sharing system for the quantification of food waste in specific kitchen stations, wastages were monitored and exactly quantified. This included excess products past their best before dates, food – such as fruit and vegetable peel – thrown away during actual preparation, mistakes while cooking in the galley, food prepared but not served, uneaten food on guests’ plates and so on.

The introduction of digital kitchen scales, with all food waste mapped and placed on cloud systems, allows chefs to take action and make corrective changes where necessary. A task force for the management of food waste was created to activate specific training and re-training programs for staff.

One year on from the announcement of its objective, the whole fleet of Costa achieved a 37% reduction in food waste.

RESPONSIBLE CONSUMPTION and GIVING RESOURCES BACK TO THE COMMUNITY

Raising awareness and involvement are key parts of Costa’s project and include direct actions towards passengers, guests and crew members. With this in mind the cruise line launched its “Taste don’t Waste” campaign.

This resulted in a 36% reduction of waste from guests and 30% reduction from crew respectively.

The positive result generated from the campaign was reinvested both in the quality of food and in the “10,000 Orti in Africa” (10,000 Gardens in Africa) project which aims to create a network of food gardens in Africa.

In 2018 this included the creation of 50 food gardens in Mozambique (12), South Africa (14) and Tanzania (24) and the development of a network of responsible farmers committed to biodiversity and sustainable agriculture.

Of these 50 gardens, 29 are ‘communal’, designated for the whole community and 21 are ‘school gardens’, entrusted and managed by schools to teach tomorrow’s farmers the main cultivation techniques.

Because not all surpluses can be avoided, Costa has found a solution to prevent those surpluses, such as prepared and unconsumed meals, from becoming waste.

An integral part of the 4GOODFOOD program is to give value to food through the donation of surpluses produced on board.

The introduction of a new law in 2016 made it possible to retrieve leftover food and donate it to communities in need. Together with the food bank charity Fondazione Banco Alimentare, Costa Crociere introduced a surplus food donation scheme involving the retrieval of “ready to eat” meals prepared on board but not served in the ship’s restaurants:  these “leftovers” are in fact excellent quality food with great nutritional value.

The program – started for the first time in July 2017 in Savona – is now active in Italy in the ports of Savona, Civitavecchia, Bari, Palermo, Genoa and has been exported as Italian best practice in France and Spain, in Marseille and Barcelona, and since last December also in Guadeloupe and Martinique.

In 22 months, more than 100,000 portions of food have been distributed to a total of twelve associations that deal with people in need, a project that sets no boundaries or limits. In this way, a significant international network between the territory, the communities and the ships has been activated, strengthening their interconnection.

Costa Cruises’ 4GOODFOOD program was first tested in 2016 on Costa Diadema and has since then been implemented on the entire fleet. In just over a year since the program was implemented across the fleet Costa has achieved a 35% reduction in food waste on board. 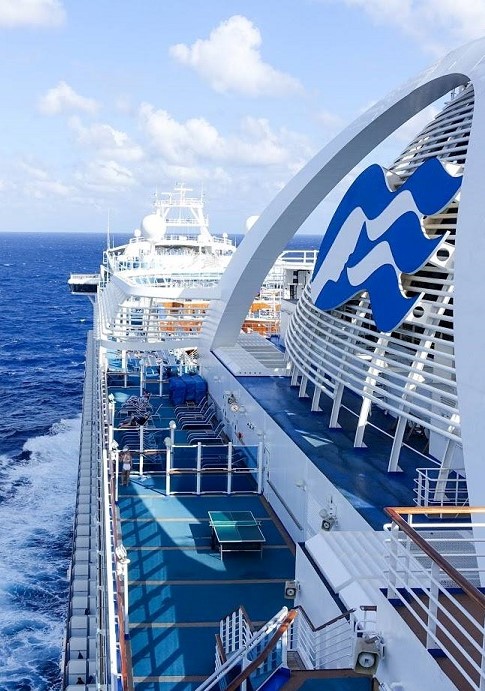