Spectrum of the Seas prepares for float out

Spectrum of the Seas, Royal Caribbean’s new groundbreaking and high-tech ship is getting ready for her float out. The first Quantum Ultra Class ship has been designed for guests in China and the Asia-Pacific region and will feature cutting-edge and unprecedented experiences and amenities. 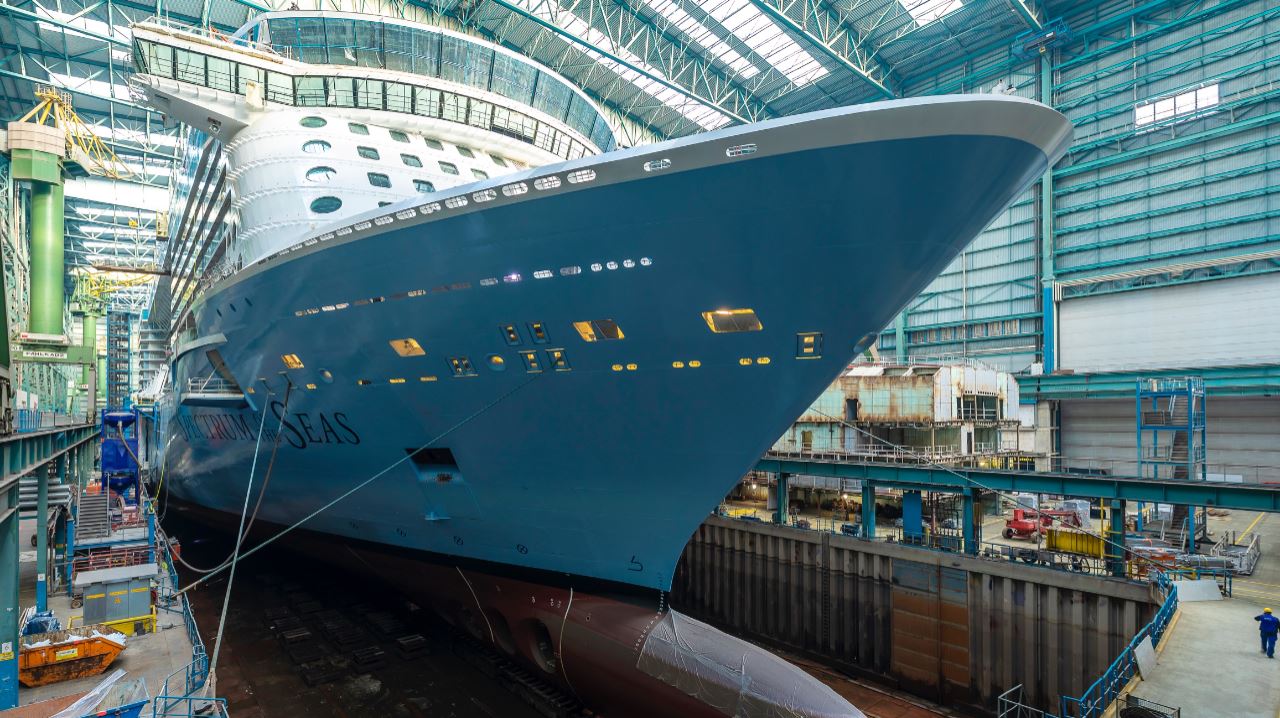 Spectrum of the Seas, the first Quantum Ultra Class ship, is designed for the Chinese market, and currently under construction at the MEYER WERFT shipyard in Papenburg, Germany.

The physical construction of Royal Caribbean’s newest ship began in September 2017 with the keel-laying ceremony. During the ceremony a 620-ton block measuring 59 feet by 121 feet (18 x 37 meters) was lifted into the building dock with an 800-ton crane. In October 2018 the ship’s two huge azipods – the azipods are used to pull the ship through the water and can rotate 360 degrees allowing the ship to manoeuvre in any direction – were installed.

As Spectrum of the Seas is nearing her construction time in the drydock it was time to install the propellers on the azipods. 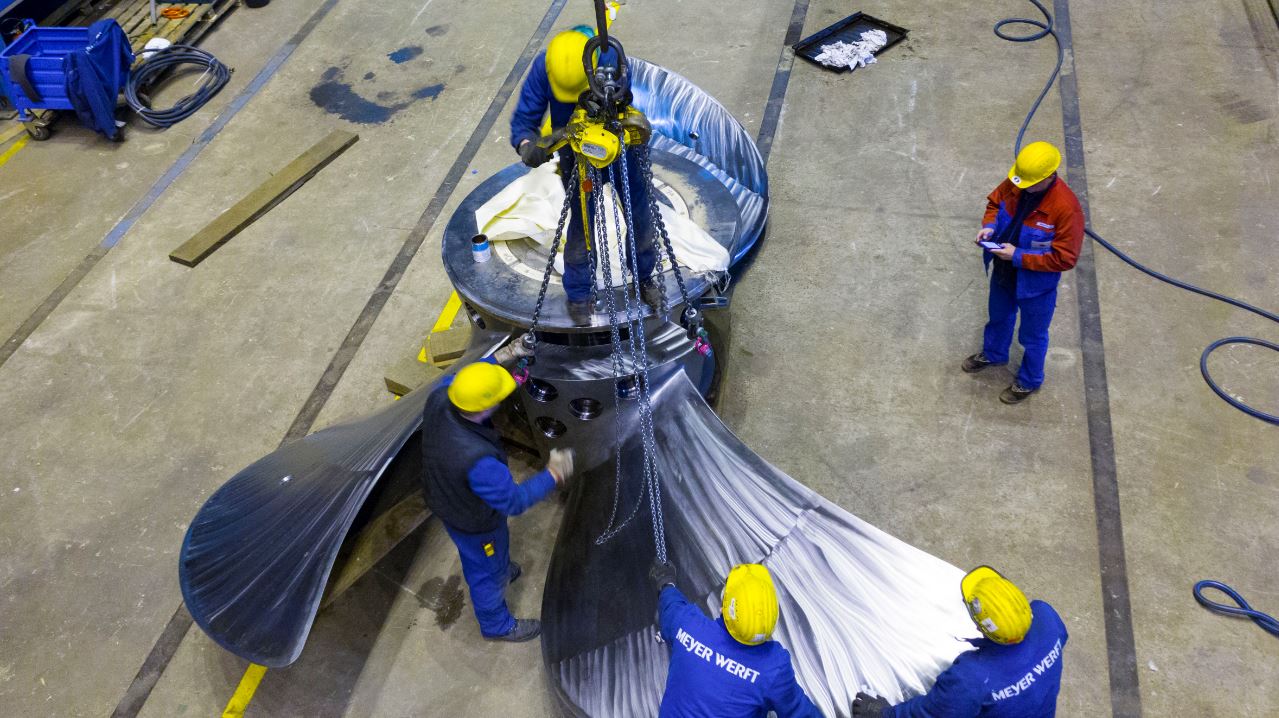 Before getting installed on the two 20.5-megawatt azipods the 7,860-pound propellers get their finishing touches. 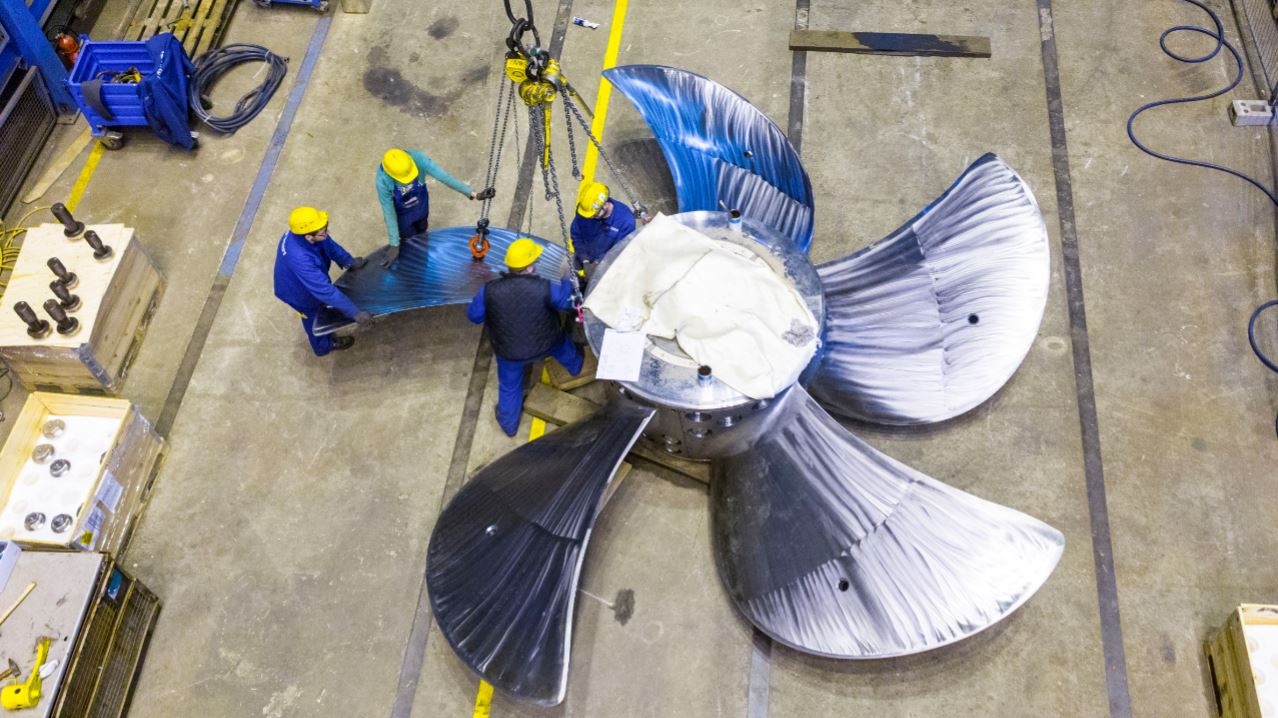 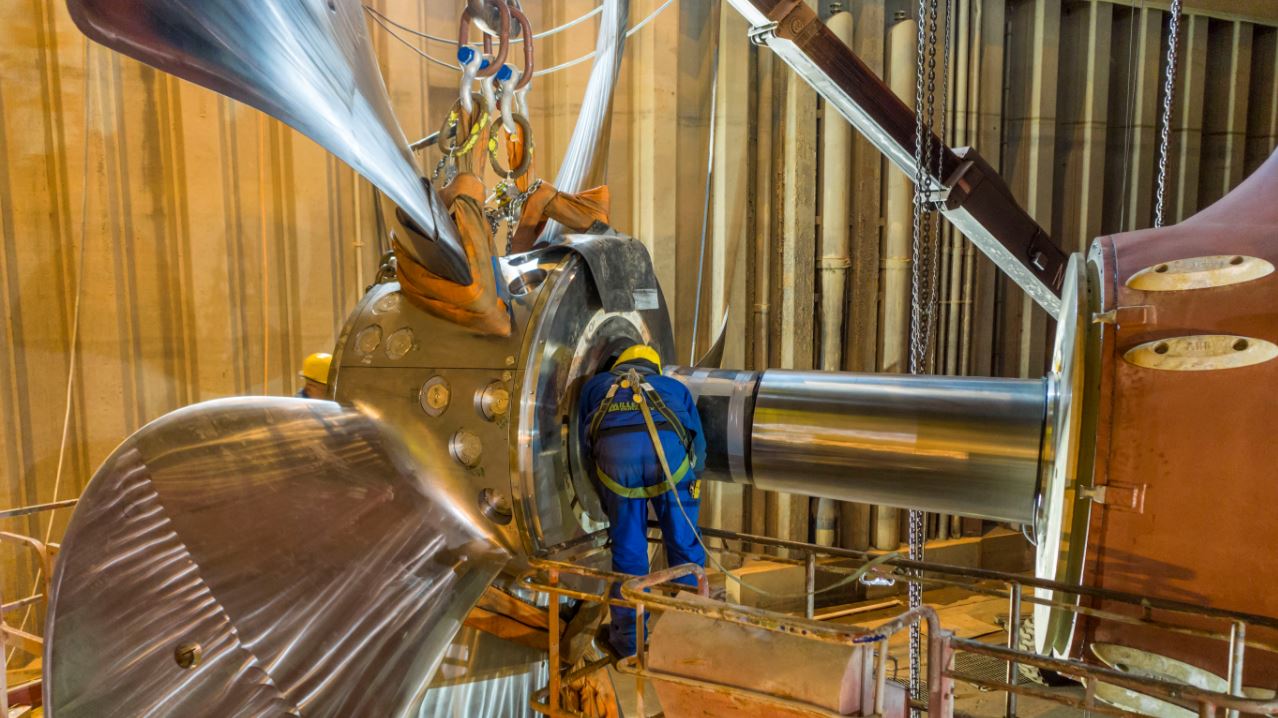 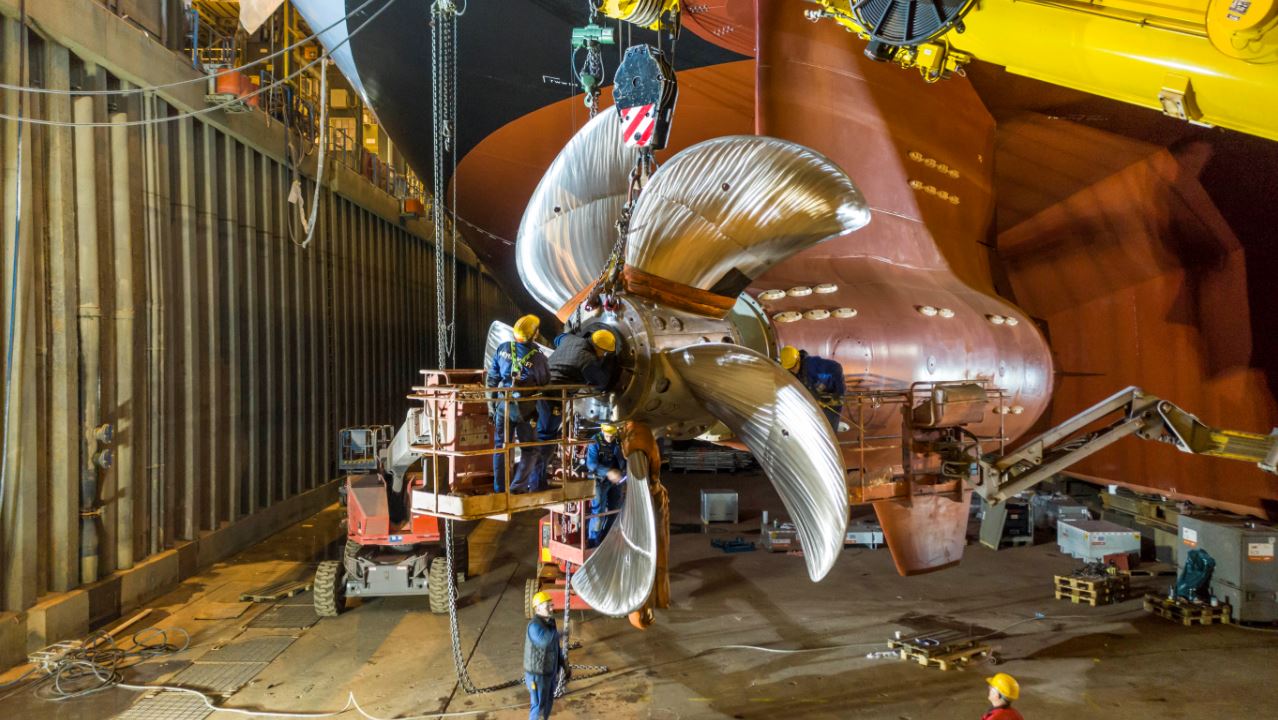 Spectrum of the Seas is scheduled to leave the covered building dock II at the MEYER WERFT on 25 February 2019. The ship will start to leave the dock at around 8 p.m. Once Spectrum has left the dock she will berth at the shipyard’s out-fitting pier to be fitted with her funnel cladding. Weather permitting, the North Star (glass viewing capsule) will also be installed on the ship. The ship will then remain in the shipyard port for further out-fitting work and on-board trials until its passage through the river Ems up to the North Sea, which will probably take place mid March. 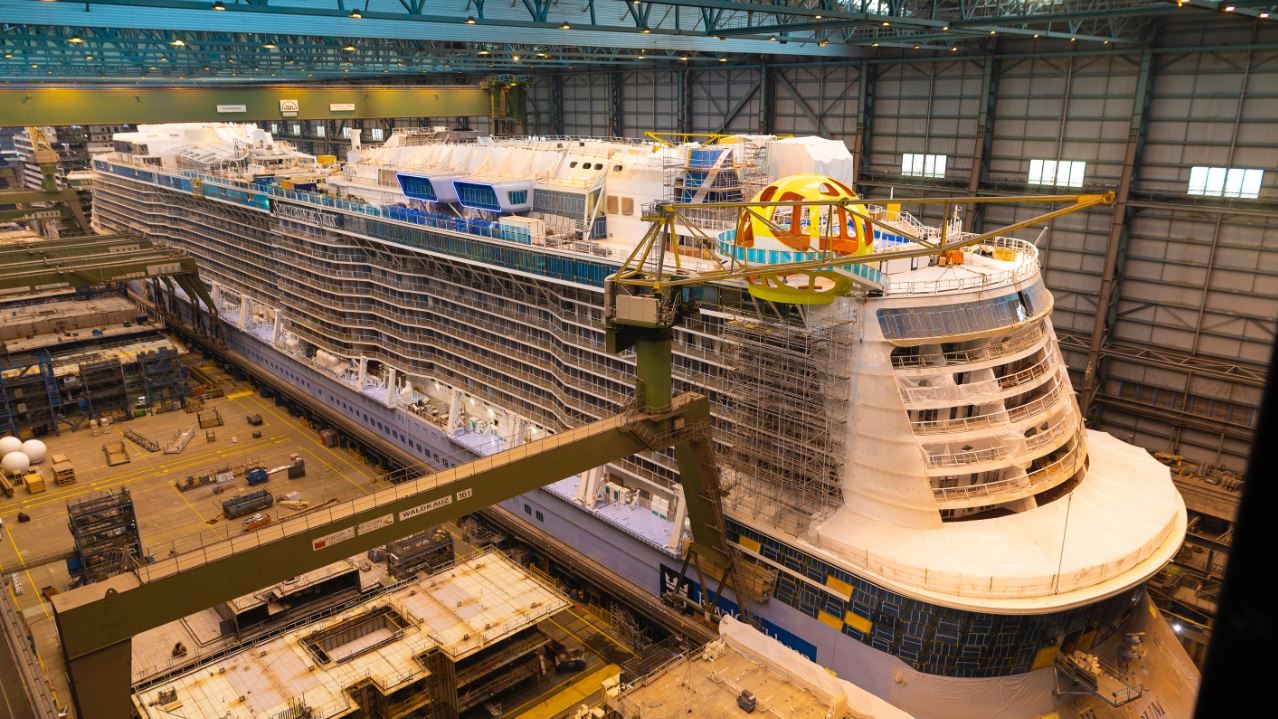 Spectrum of the Seas is scheduled to be delivered in April 2019. Spectrum will sail a 51-night Global Odyssey from Barcelona, Spain to Shanghai, taking vacationers to 13 countries. Guests with limited time can choose to sail one or more of the five separate segments of the Global Odyssey. When Spectrum arrives at her new home in Shanghai in June 2019, she will introduce new itineraries visiting ports such as Hakodate and Niigita (Japan), Ilocos (Philippines) and Vladivostok (Russia). In winter 2019, the ship will reposition to Hong Kong to offer special holiday cruises.