MSC Seaview, the newest addition to the ever-growing MSC Cruises fleet, has been christened in true MSC style. The star-studded ceremony with live entertainment, speeches, fireworks and gala dinner, combined with important maritime traditions, took place in the Italian city of Genoa.

Renowned for hosting the most talked about christening events MSC Cruises invited a suite of stars, VIPs, key travel partners and international media as well as top management from MSC Cruises and its parent company MSC Group to join Gianluigi Aponte, MSC Group’s founder and executive chairman as well as the ship owner, and the Aponte and Aponte-Vago families for MSC Seaview’s spectacular christening ceremony in Genoa. 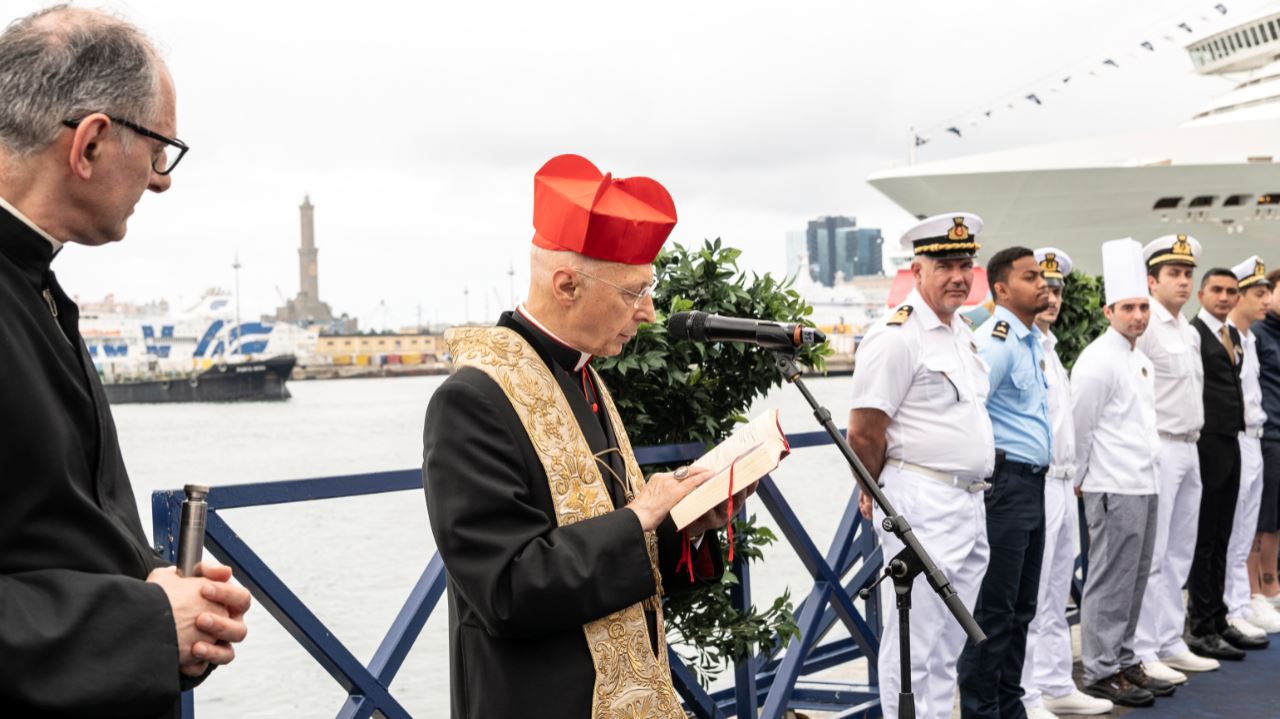 The ceremony was hosted by Italian TV-star, Michelle Hunziker who welcomed the ‘father of Italian blues’ Zucchero Fornaciari to the stage. TV star Lorella Cuccarini hosted a special moment on stage and Italian children’s choir Piccolo Coro Dell’Antoniano performed as the UNICEF ambassadors, to acknowledge the important partnership that seeks to improve the lives of children and their families in developing countries and those affected by crises. 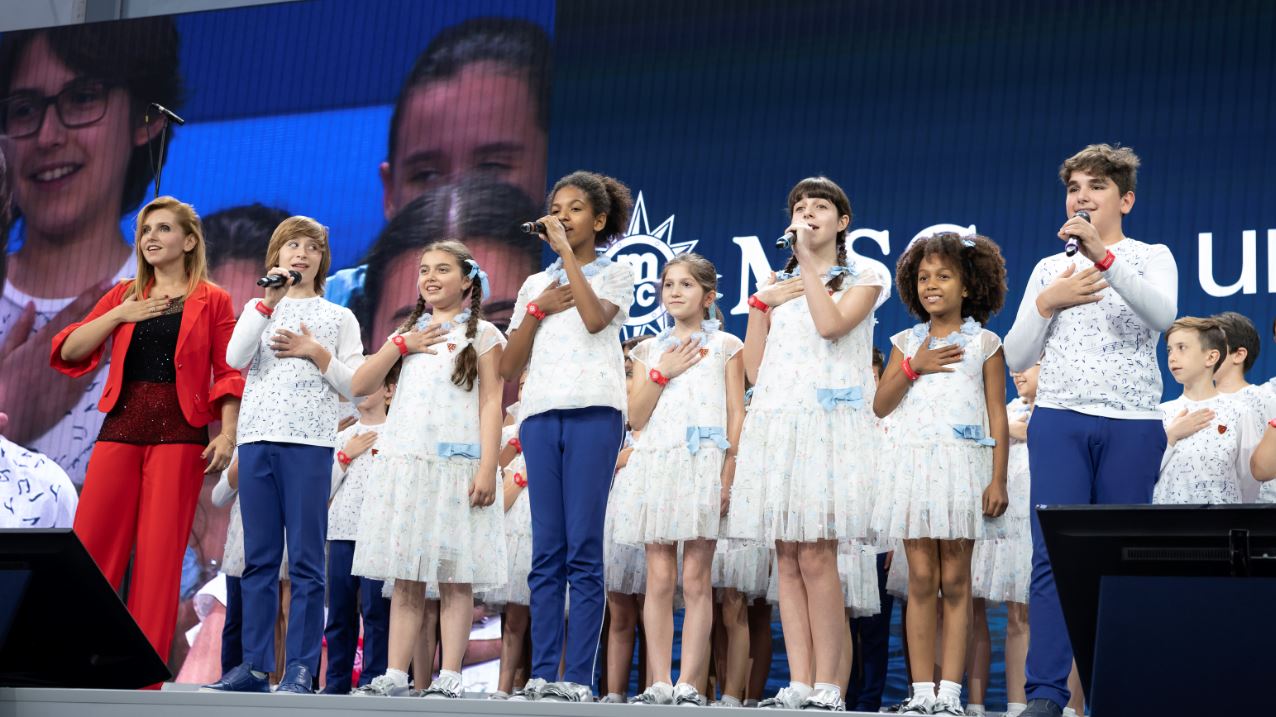 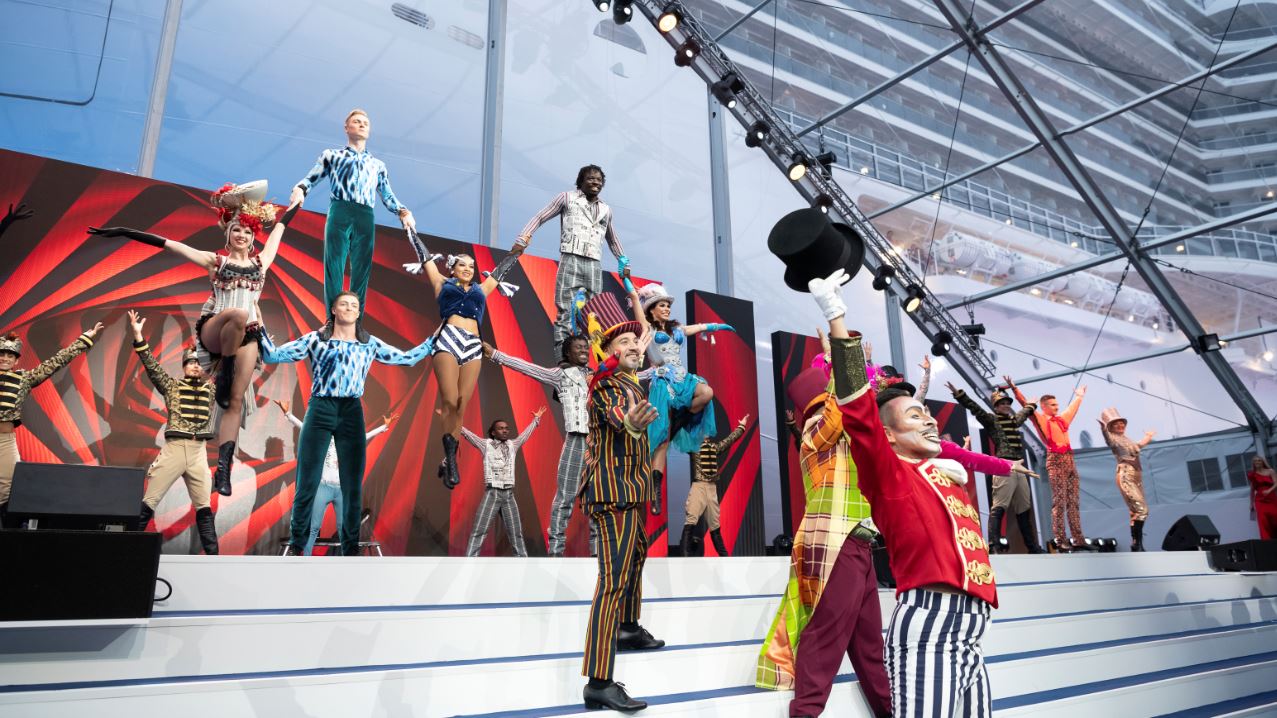 Also taking to the stage was Matteo Bocelli, son of the world-famous Andrea Bocelli, who sang at the christening of MSC Seaside, MSC Seaview’s sister ship, in Miami last December. Matteo Bocelli sang during the Officers’ Parade, an important tradition to honour the crew from the ship. 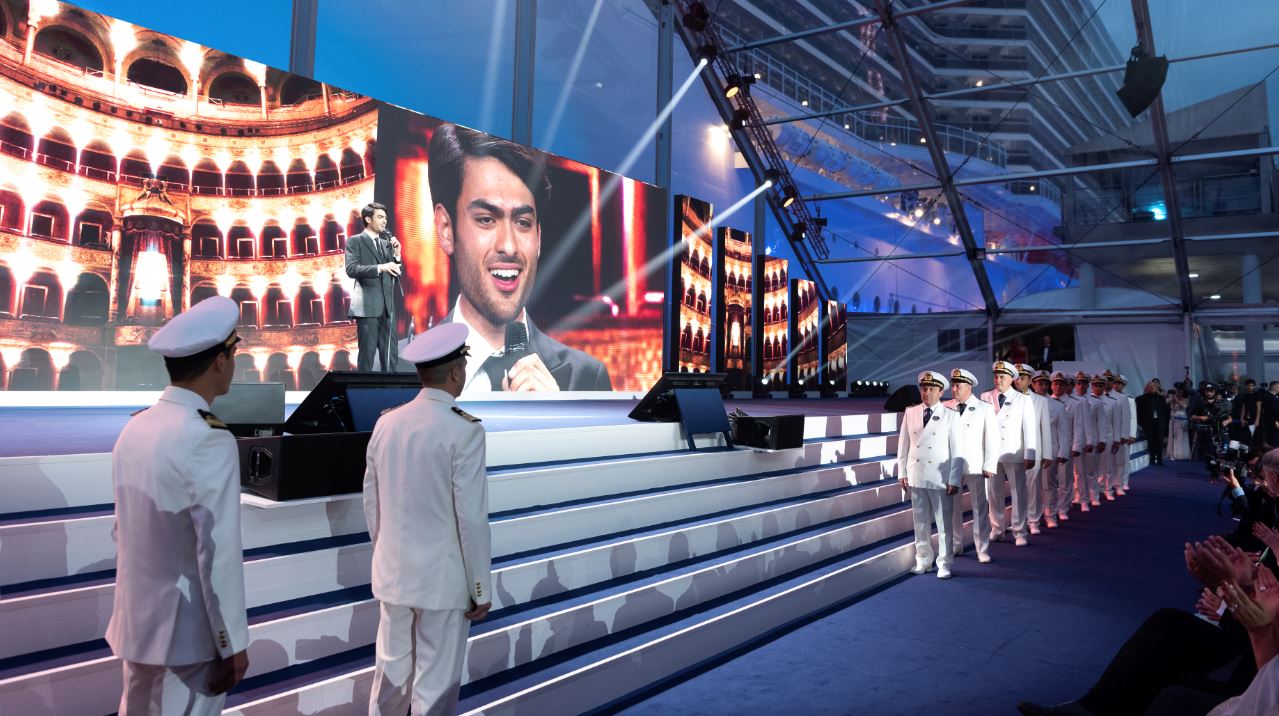 Finishing off the traditional proceedings was Godmother Sophia Loren as she cut the ribbon to launch the bottle of champagne to name MSC Cruises’ new ship. Madame Loren is practically part of the MSC Cruises family and each Christening brings a touch of Hollywood glamour and style to the proceedings. 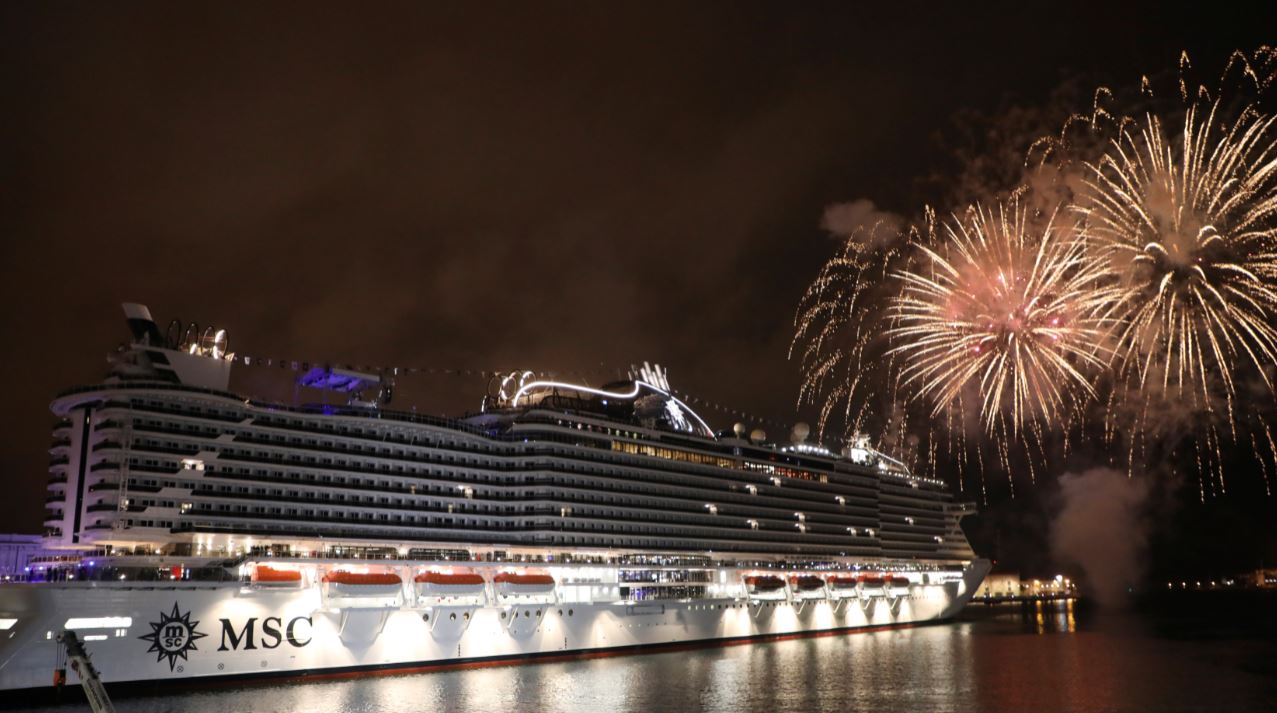 Also present at the ceremony was Ramon Freixa, the Spanish two Michelin-starred chef who has extended his partnership with MSC Cruises to develop his first restaurant at sea on board MSC Seaview. Pan-Asian chef Roy Yamaguchi attended his second MSC christening along with other stars such as Spanish model and actor Jon Kortajarena, Brazlian presenters and actors Giovanna Ewbank and French television personality Ariane Brodier. 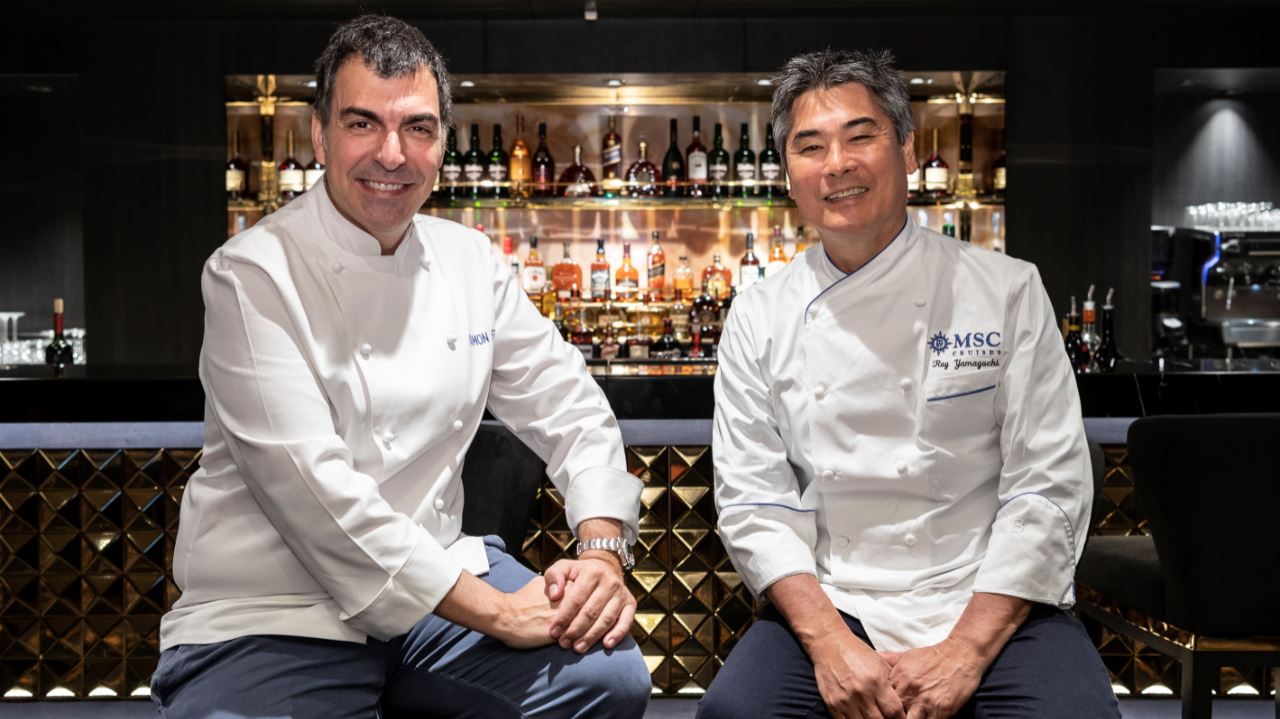 Described as a game-changing cruise ship, MSC Seaview is designed to enhance the enjoyment of the open water and sunshine, specifically intended to cruise in warmer climates and to create a very special connection between guests and the ocean.

While most cruise ships are planned and engineered to offer entertainment, dining and other experiences inside the ship, MSC Seaview is designed to bring guests to the outside of the ship to the open decks and walkways. Featuring the highest ratio of outdoor spaces of any MSC Cruises ship every element of the ship enables guests to enjoy the outdoors in every aspect of their life on board, from cabins and suites with outdoor spaces such as terraces and balconies, eating and drinking in true Mediterranean style “al fresco” through to outdoor fitness and luxury spa cabanas in the open air.

MSC Seaview is the 15th addition to the MSC Cruises fleet and the third ship to come into service just 12 months under the company’s industry-unprecedented €10.5 billion investment plan.

MSC Seaview will commence her maiden season offering six embarkation ports in the Western Mediterranean including the popular ports of Genoa, Marseille and Barcelona as well as other much sought after Mediterranean destinations including Naples, Messina in Sicily and Valetta in Malta.