Earlier this month the ceremonial keel-laying of AIDAnova, the first next-generation cruise ship for AIDAcruises and parent company Carnival Corporation, took place at the Meyer Werft shipyard in Papenburg,Germany.

A few days ago a first module of AIDAnova was released into the water at the Neptun shipyard in Rostock, which belongs to the Meyer Group, in preparation for shipment to the shipyard in Papenburg. The complex module stretching over 120 meters long and 42 meters wide, as well as three decks high, is carrying the four dual-fuel engines by Caterpillar and hence the heart of AIDAnova. 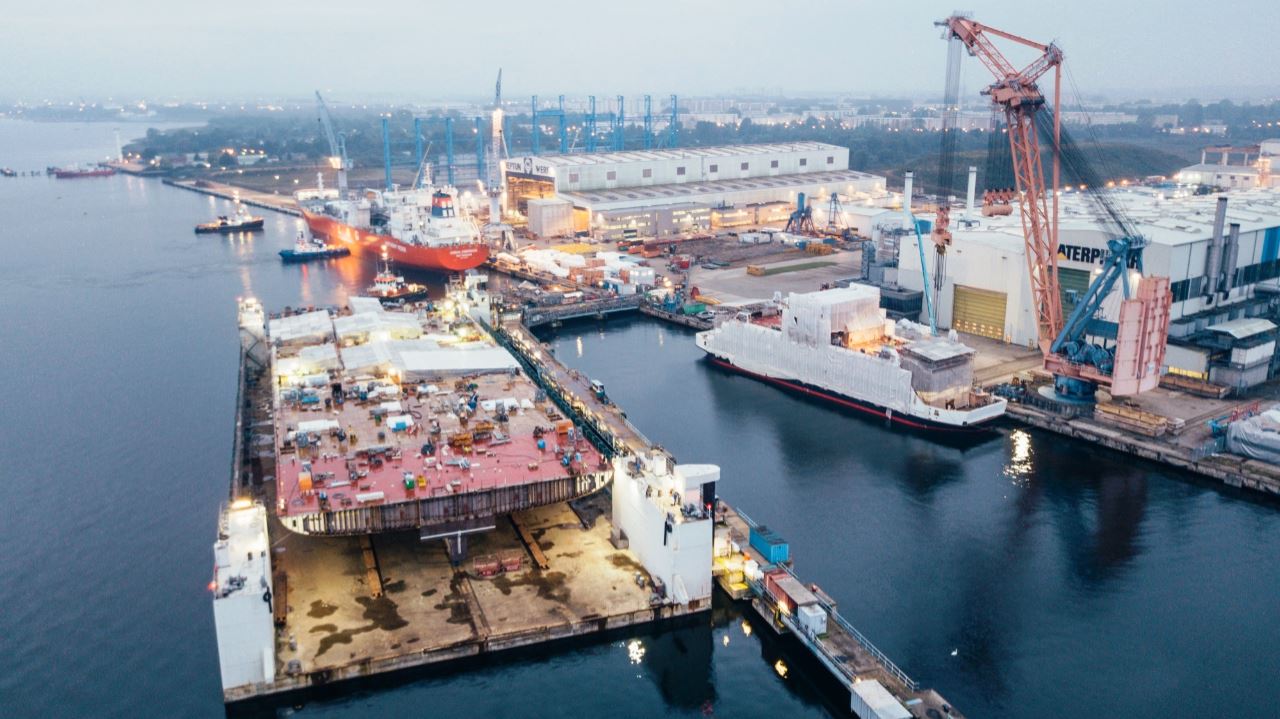 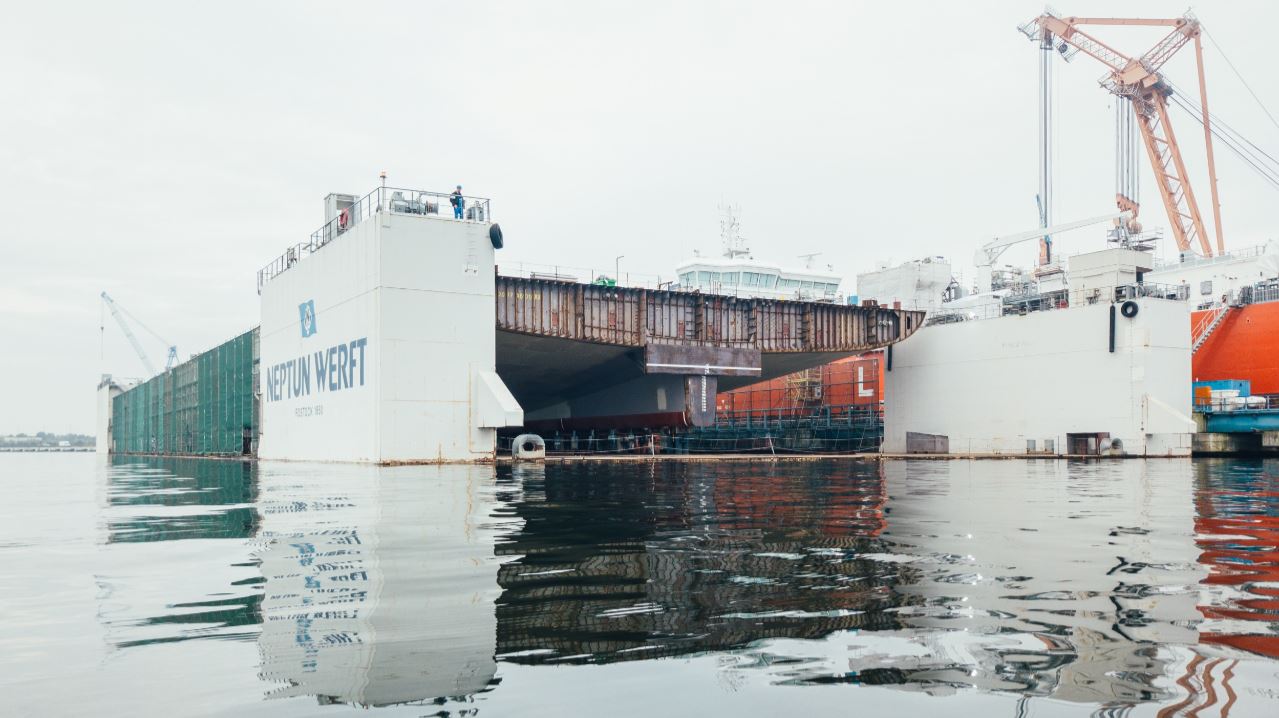 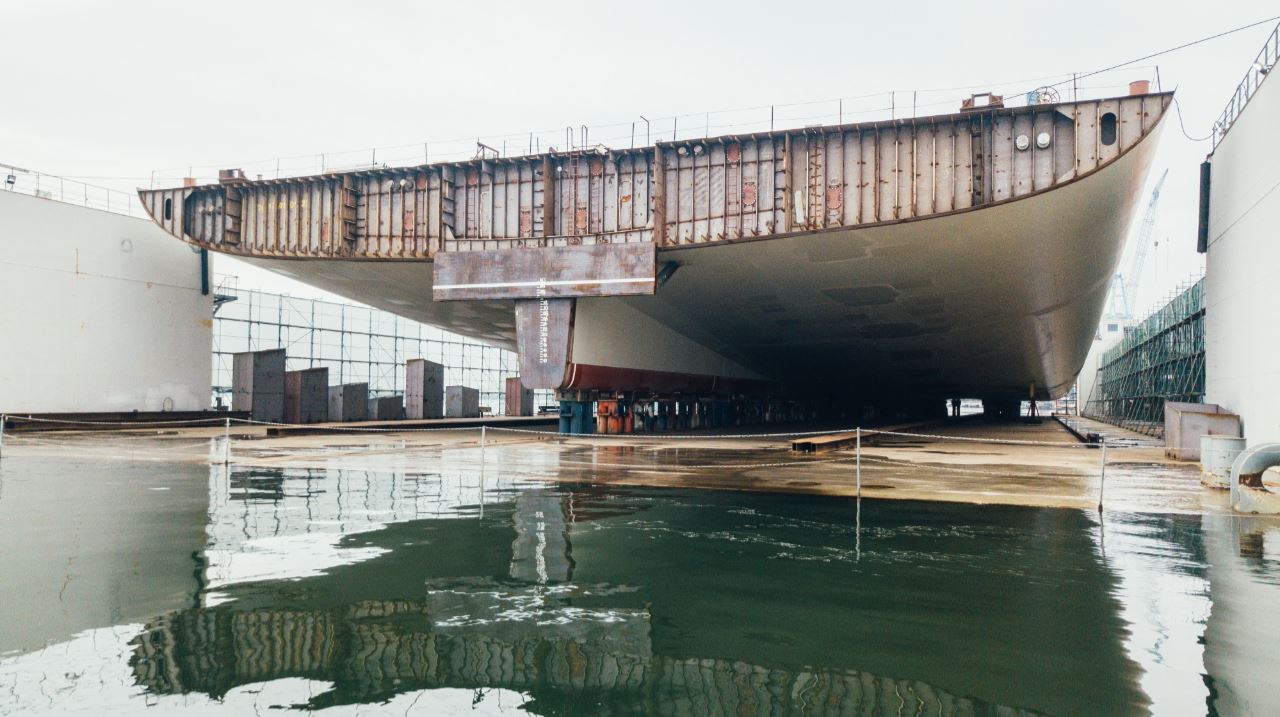 This module is the first of two floating parts, so-called Floating Engine Room Units (FERU), which was placed onto the Warnow river with a special lowering device. 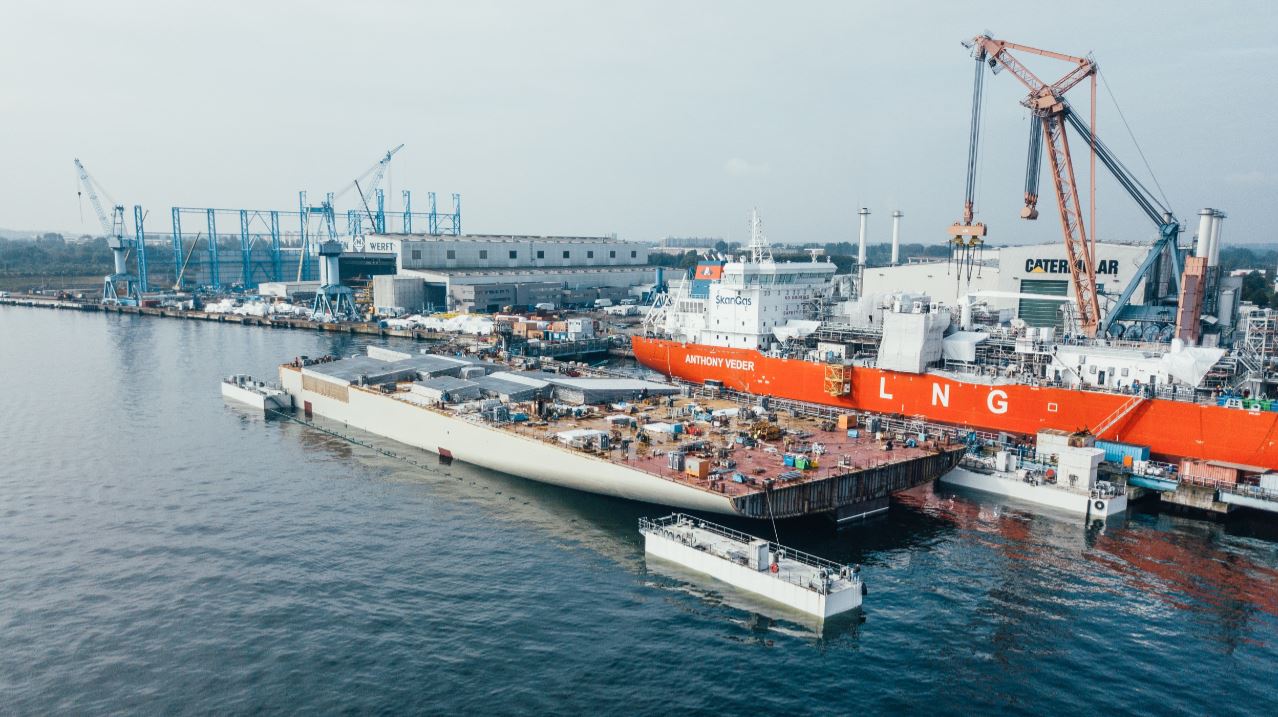 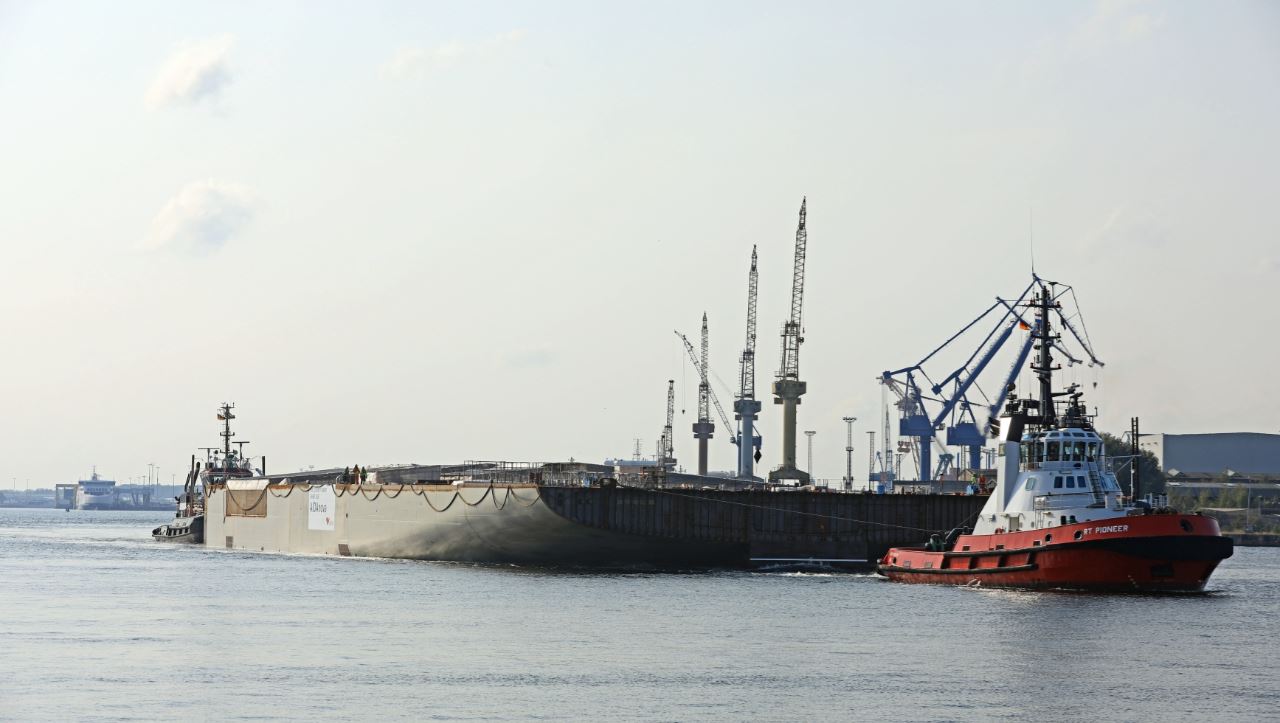 AIDAnova is the first cruise ship in the world, which – starting in the fall of 2018 – will be able to operate both in ports and at sea with the most environmentally friendly and lowest-emission fossil fuel thanks to the operation of four dual-fuel engines. By using LNG, emissions of fine dust and sulfur oxides are almost completely prevented and emissions of nitrogen oxides and CO2 are sustainably reduced.

After a visit to the Hanseatic City of Hamburg on December 2, 2018 AIDAnova will offer trips around the Canary Islands.