Royal Caribbean Cruises Ltd. and Miami-Dade County today announced they have reached an agreement to build one of the biggest cruise terminals in the country at PortMiami, a move that will bring one of the world’s biggest cruise ships to the city.

In the $247 million project the county will pay $15 million for surface and road work to connect the new terminal to the other cruise terminals. Keeping in mind that the agreement would keep the ships in PortMiami for at least 20 years, and as many as 60 years, with Royal Caribbean paying the county $7.5 million in annual rent and estimates that the project will create 4,000 jobs and $500 million in annual economic impact to the area, it should not be a problem getting the go ahead on July 6, when the Miami-Dade County Commission votes on the deal. 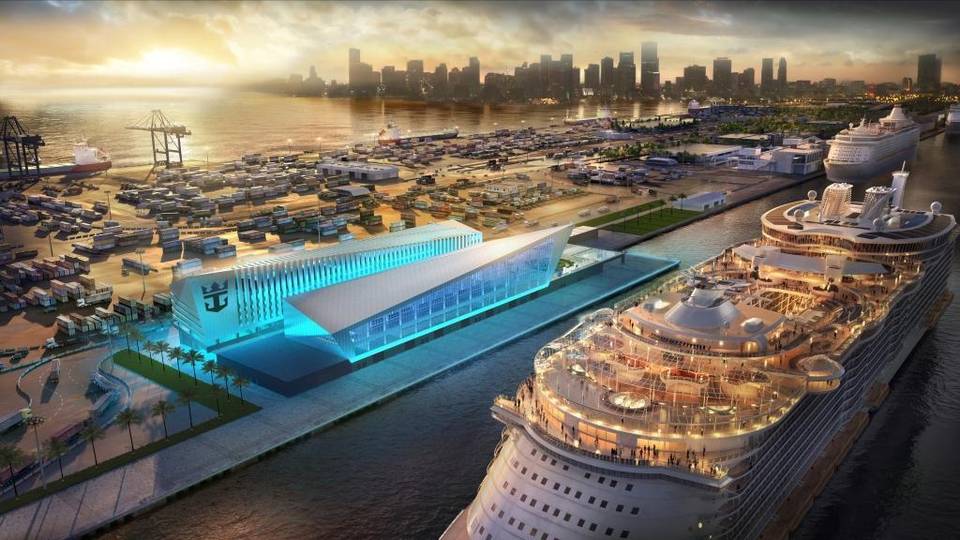 According to John Tercek, Royal Caribbean’s vice president of commercial and new business development, the company is taking a different approach on this terminal because the project has several additional benefits: “Because of its location, it has some marketing value, and it’s also a good thing for Miami, so we can spend a little more.”

In comparison, the basic design of the company’s recently completed terminal at Cape Liberty in Bayonne, N.J., cost about $70 million. 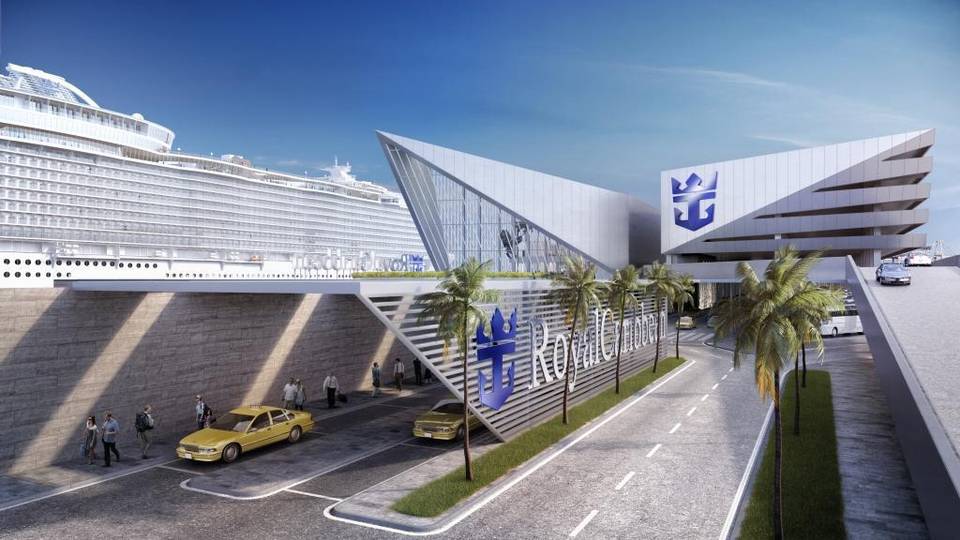 “We are truly excited to be working with Miami-Dade County and PortMiami to create not just another cruise terminal, but a truly iconic building,” said Richard D. Fain, chairman and CEO for Royal Caribbean Cruises Ltd. “This new terminal is a symbol of our commitment to Miami, the city where our company first started almost 50 years ago. We can’t wait to bring an Oasis-class ship to PortMiami.” 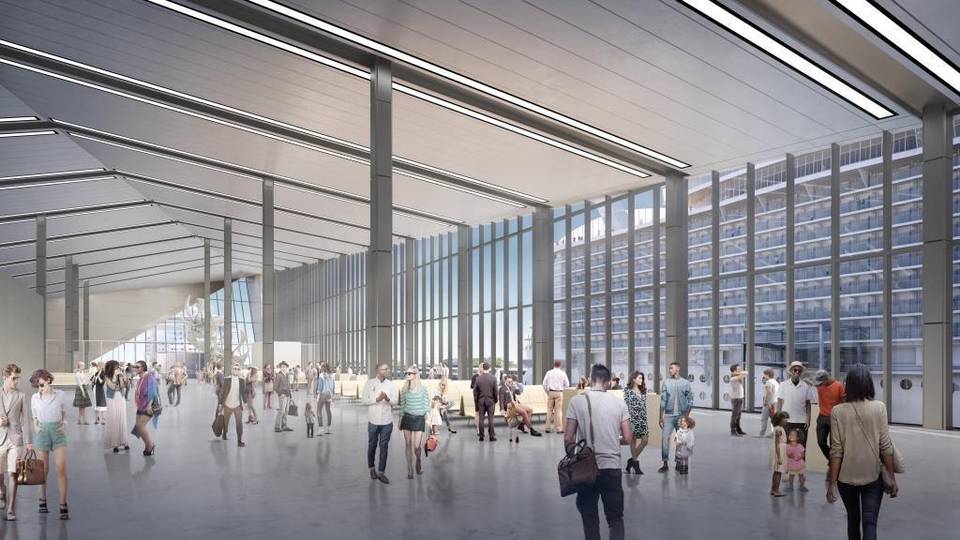 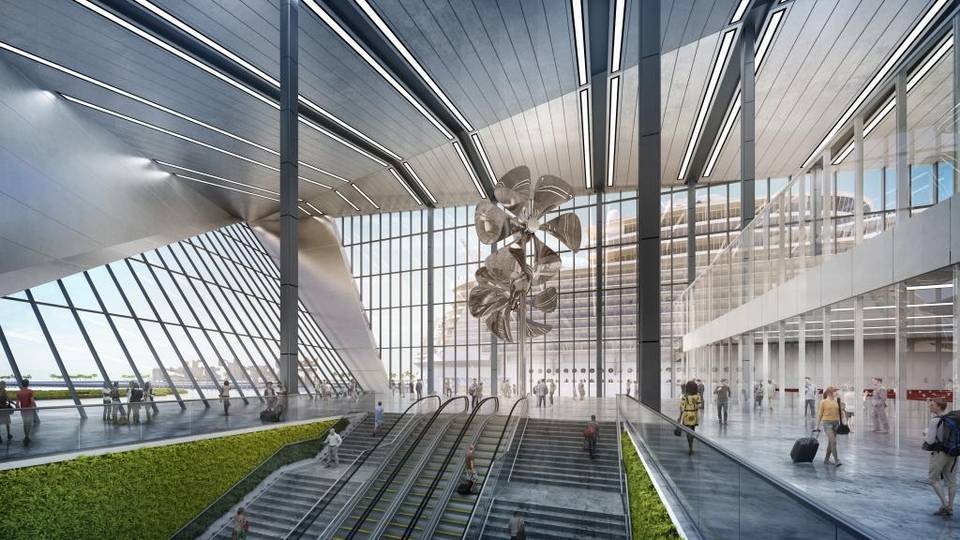 When the new terminal opens it will have new technology integrated, a paperless check-in, to speed up passenger processing time to less than 10 minutes. The terminal will also will debut the line’s first full roll-out of digital luggage tracking, allowing guests to follow the location of their bags on an app.

Though the cruise line hasn’t yet announced which Oasis ship, or ships, will port at Miami’s Terminal A, the new ships are expected to attract an additional 1 million travelers to PortMiami.

At night, the terminal’s facade will be lit ensuring that the building makes a striking impression and providing a dynamic addition to the PortMiami landscape 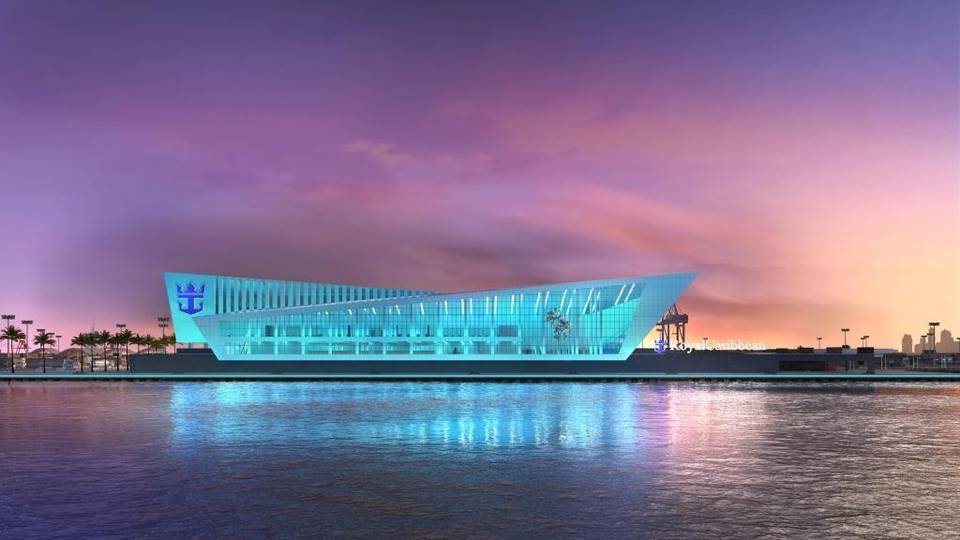