Every time we were in the Miami area I’ve always wanted to visit the Vizcaya Museum and Gardens, and this year we were finally able to do so. Vizcaya, the winter residence of James Deering (1859–1925), was built between 1914 and 1922 in the Coconut Grove area of Miami. Originally the estate covered 180 acres and included the Main House, gardens and the Village – a cluster of buildings across South Miami Avenue that housed staff, machine shops and domestic farm functions. Approximately 50 of these acres still remain. 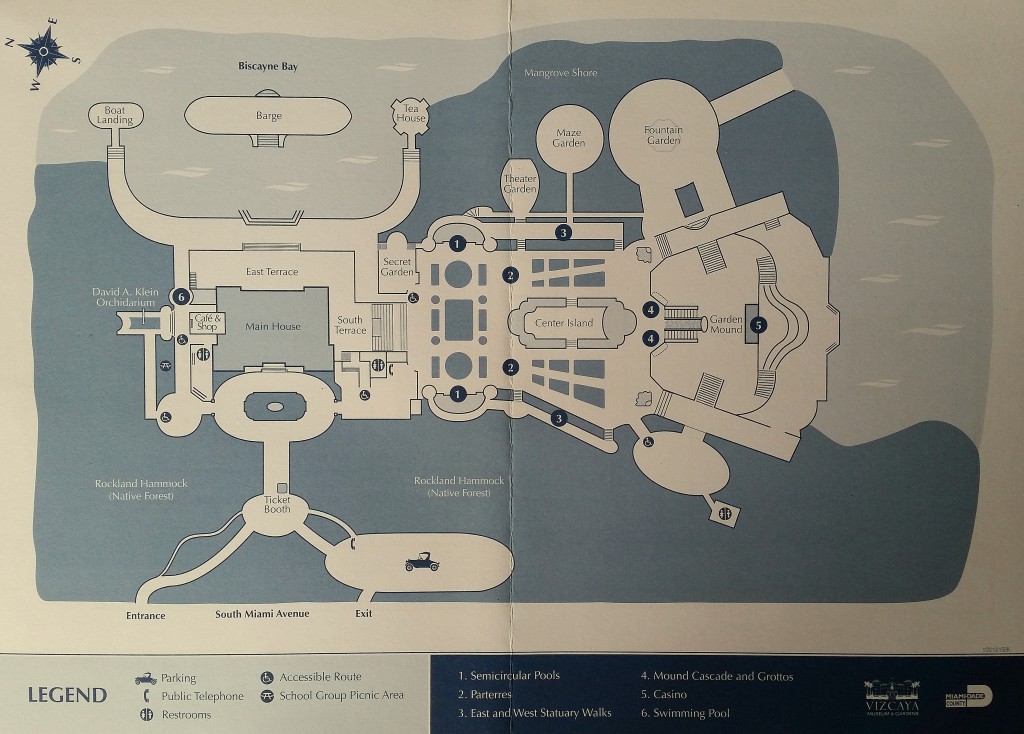 Three men created Vizcaya with Deering: F. Burrall Hoffman designed the buildings, Diego Sure planned the gardens and Paul Chalfin was the artistic director for the entire project. Vizcaya was conceived as a modern and subtropical interpretation of an eighteenth-century Italian villa. The house was designed to take full advantage of its location on Biscayne Bay. Deering wanted Vizcaya to be approached and seen from the sea, and the east façade on the bay is the most monumental and the only symmetrical one, it opens onto a wide terrace that descends toward the water. 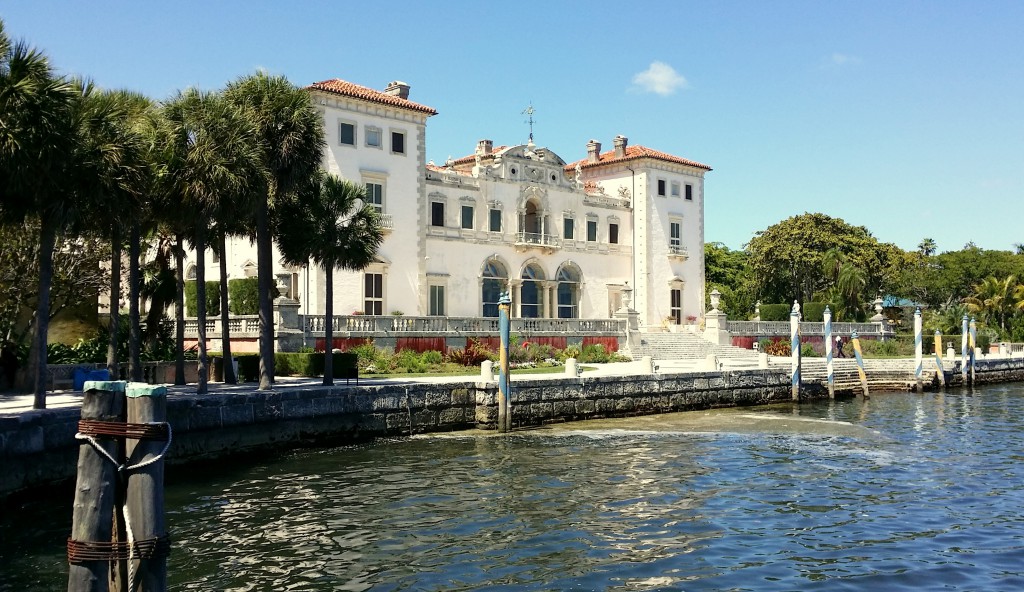 In front of the house sits a stone barge, an aquatic sculpture in the form of a ship, that functions as a breakwater and calms the waters immediately offshore. It is decorated with mermaids, tritons and Egyptian obelisks. 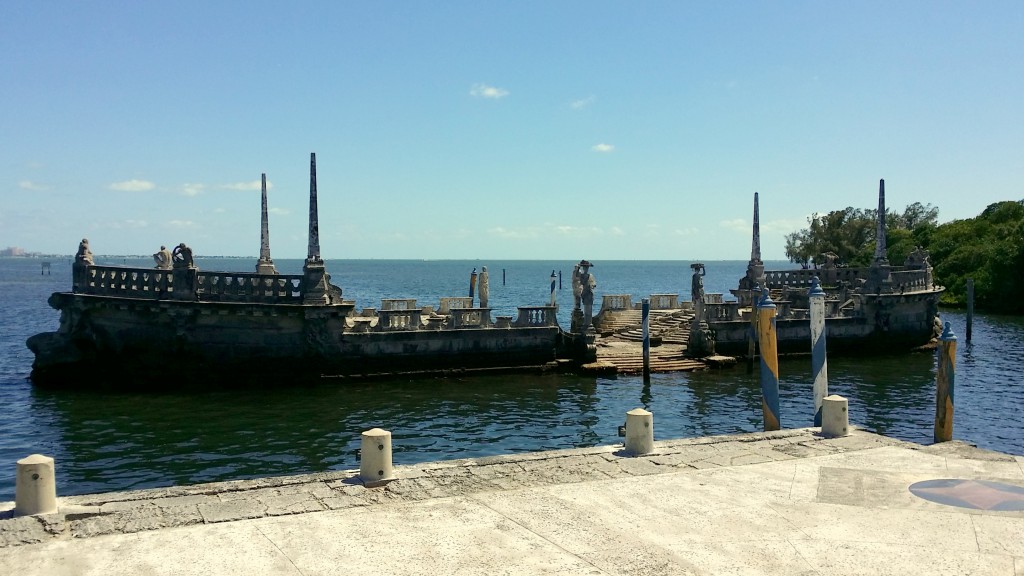 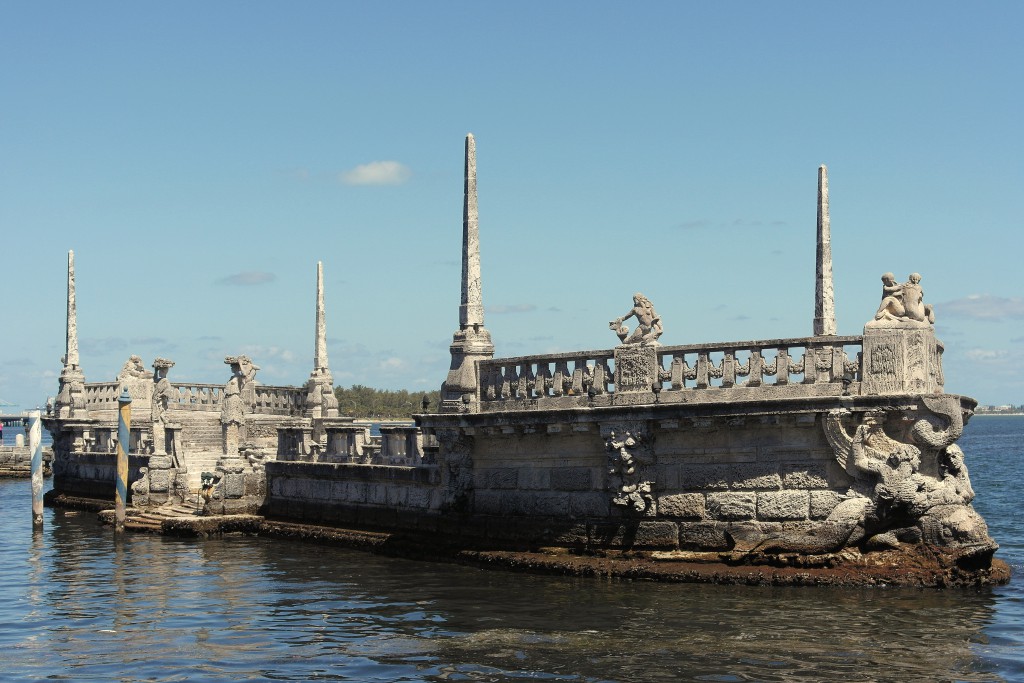 The other sides of the house have a unique relationship with the surrounding grounds. The west façade, which has greeted visitors since Deering’s time, is simple and contrasts with Vizcaya’s elaborate interiors. 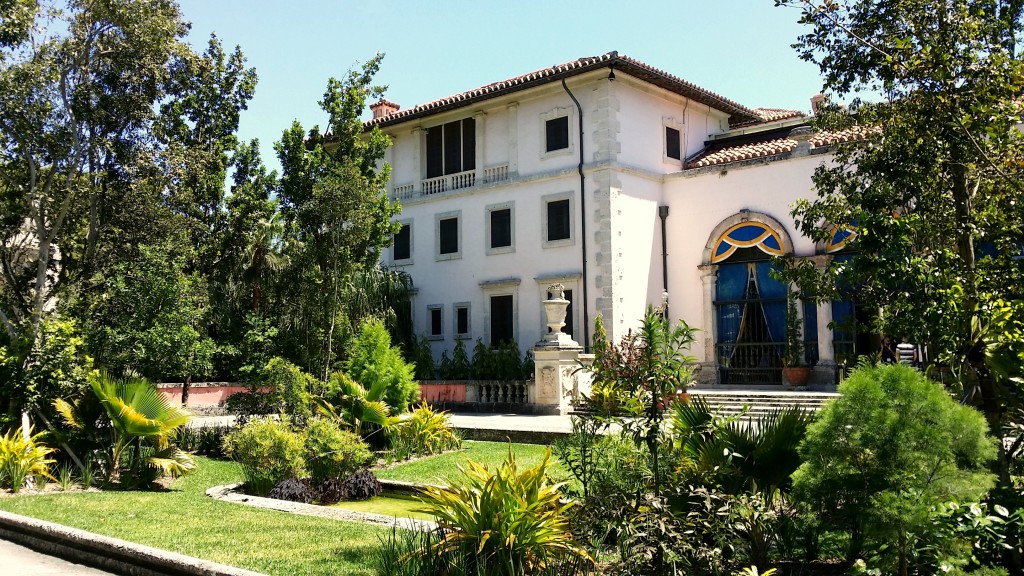 The north façade accommodates one of Vizcaya’s most delightful inventions, a swimming pool that emerges from vaulted arches at the lower level of the house. The south façade opens onto the formal gardens with enclosed loggias on the first and second floors. 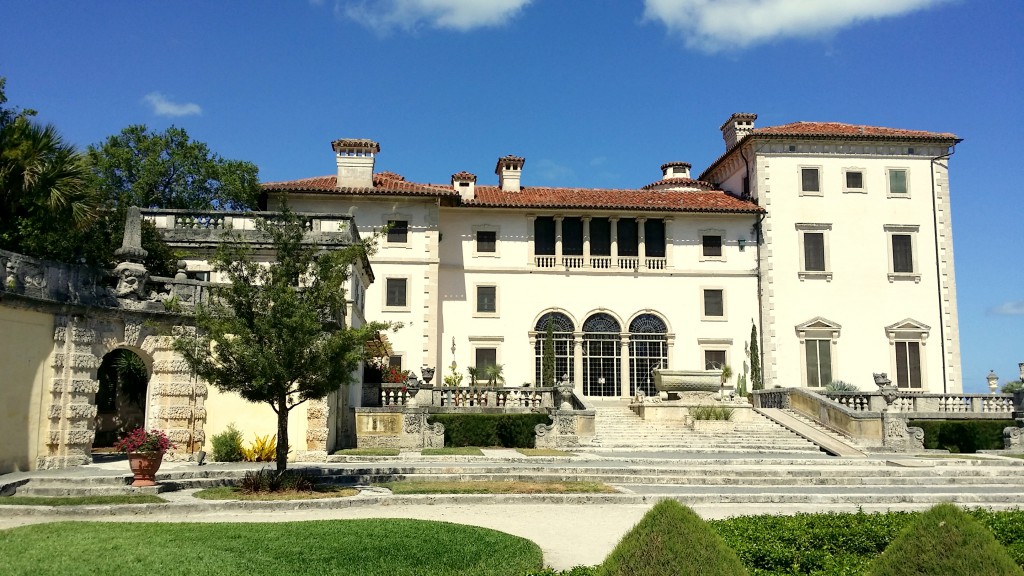 The heart and main living area of the house is the Courtyard, which was originally open to the sky. 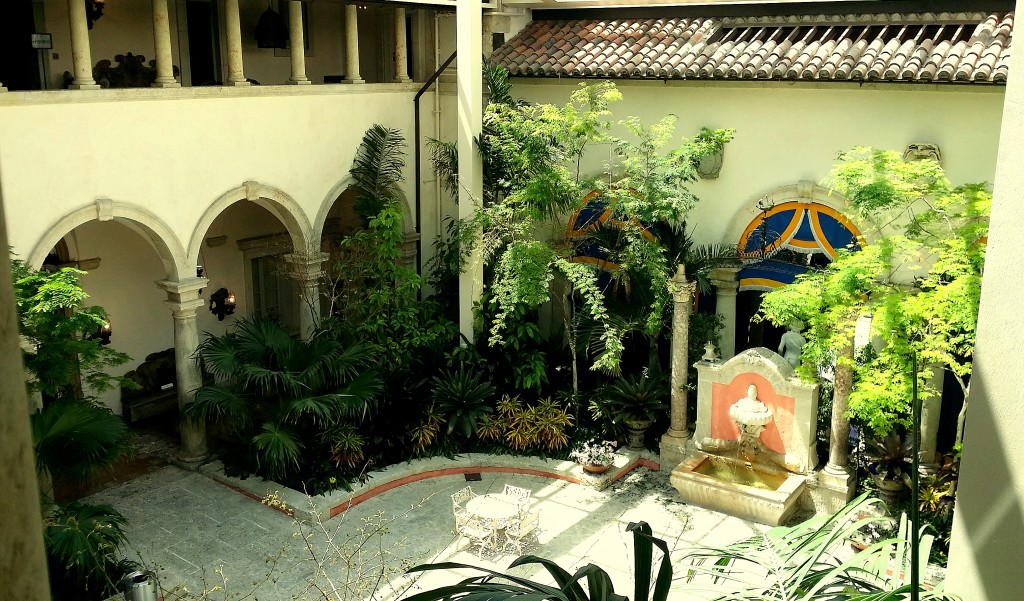 The house contains antique artworks and furniture collected in Europe and the U.S. along with items specifically created for Vizcaya. On the first floor, several reception rooms, the Library, the Living Room,the Music Room, and the Dining Room surround the Courtyard. 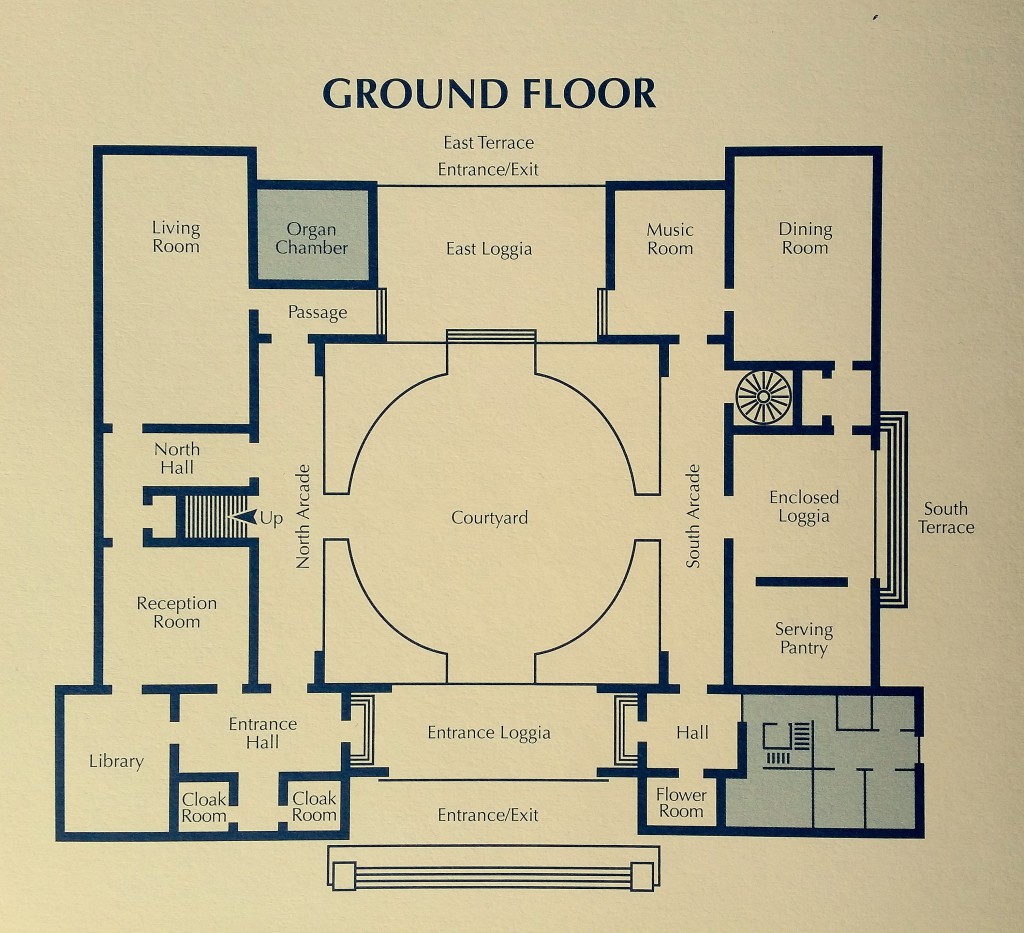 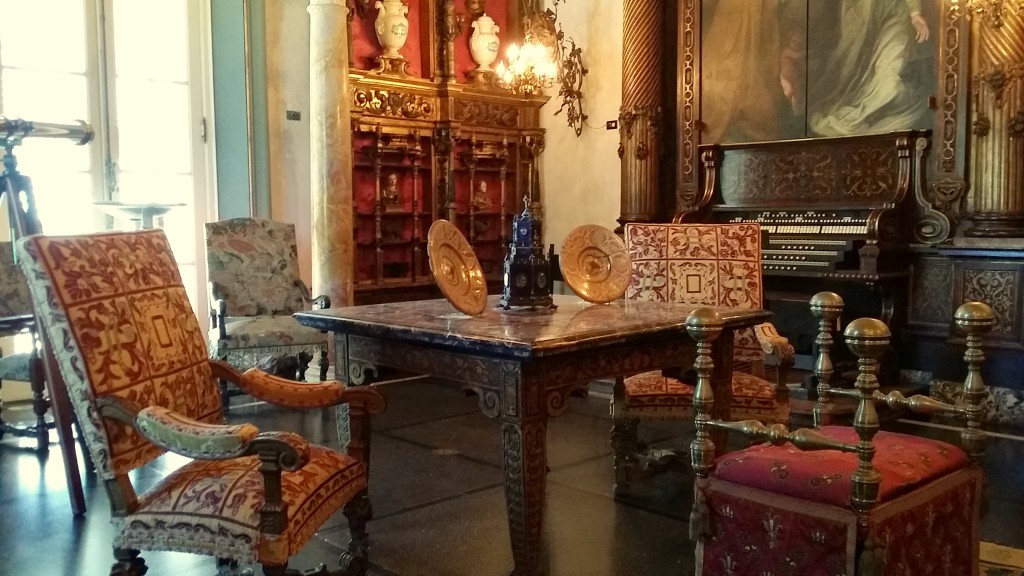 The organ in the Living Room can be played either manually or automatically using music rolls. The housing was custom-built and includes a religious painting that was cut in half to create the doors that conceal the organ pipes.

The Enclosed Loggia, connecting the Dining Room and the Serving Pantry and giving access to the South Terrace and the formal gardens. 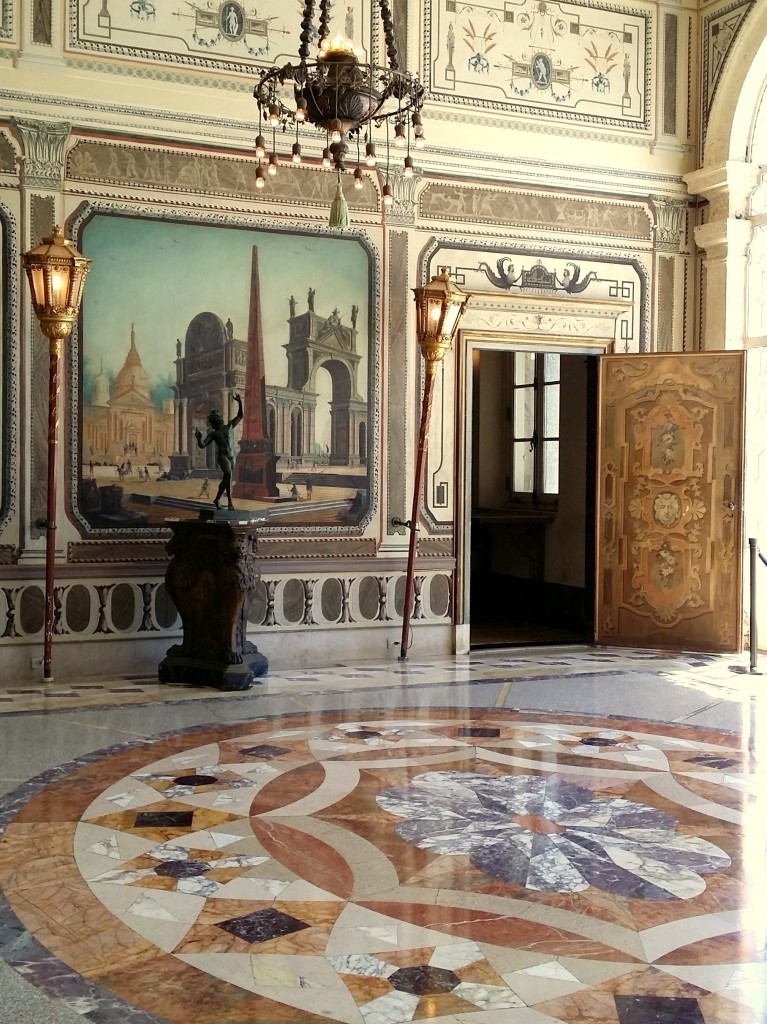 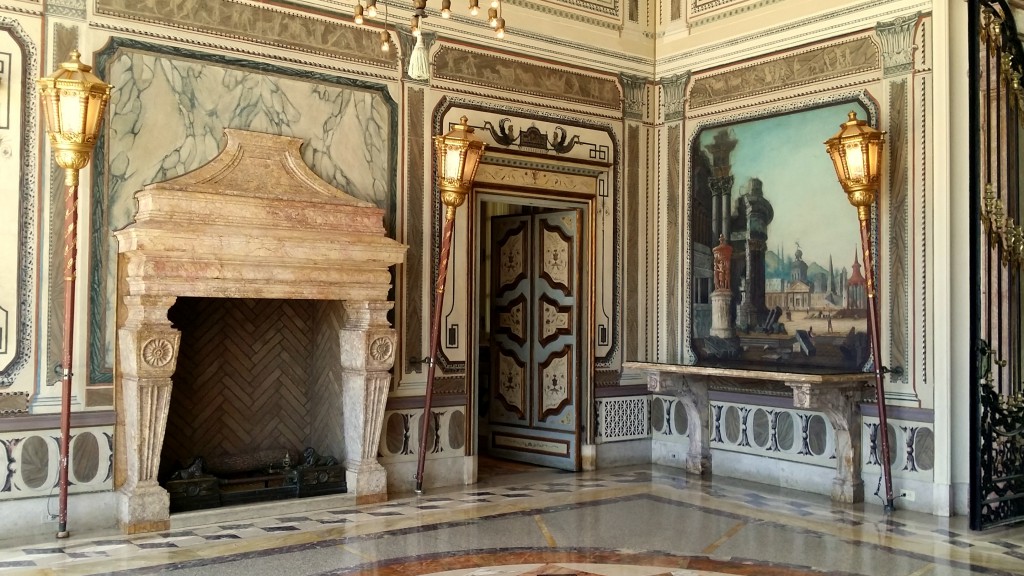 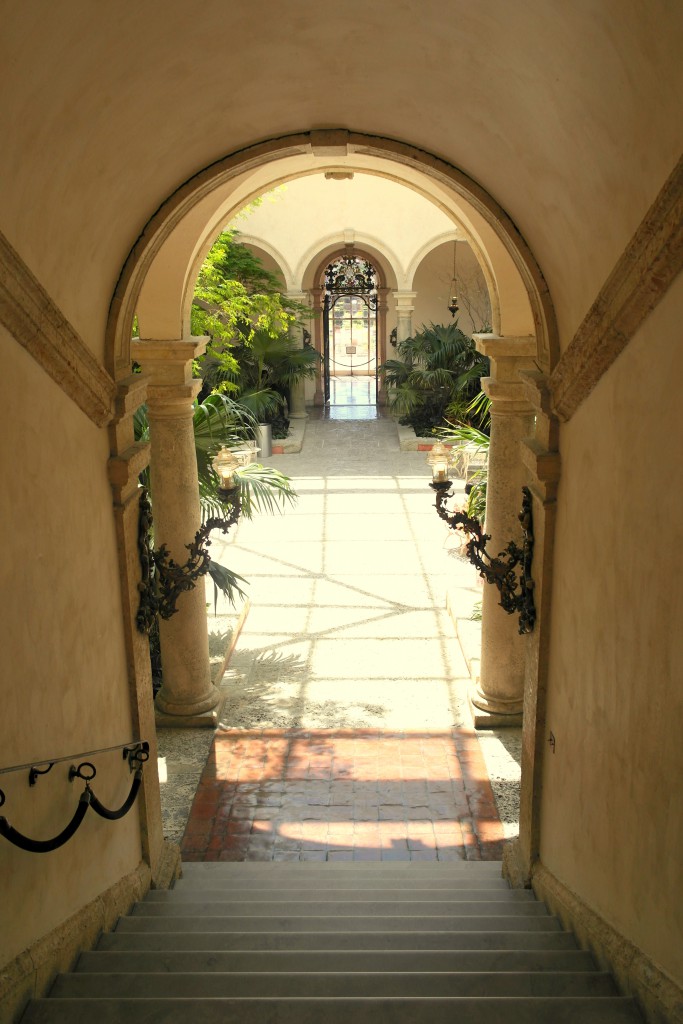 The second floor housed Deering’s personal suite of rooms and guest bedrooms as well as a Breakfast Room and the Kitchen. 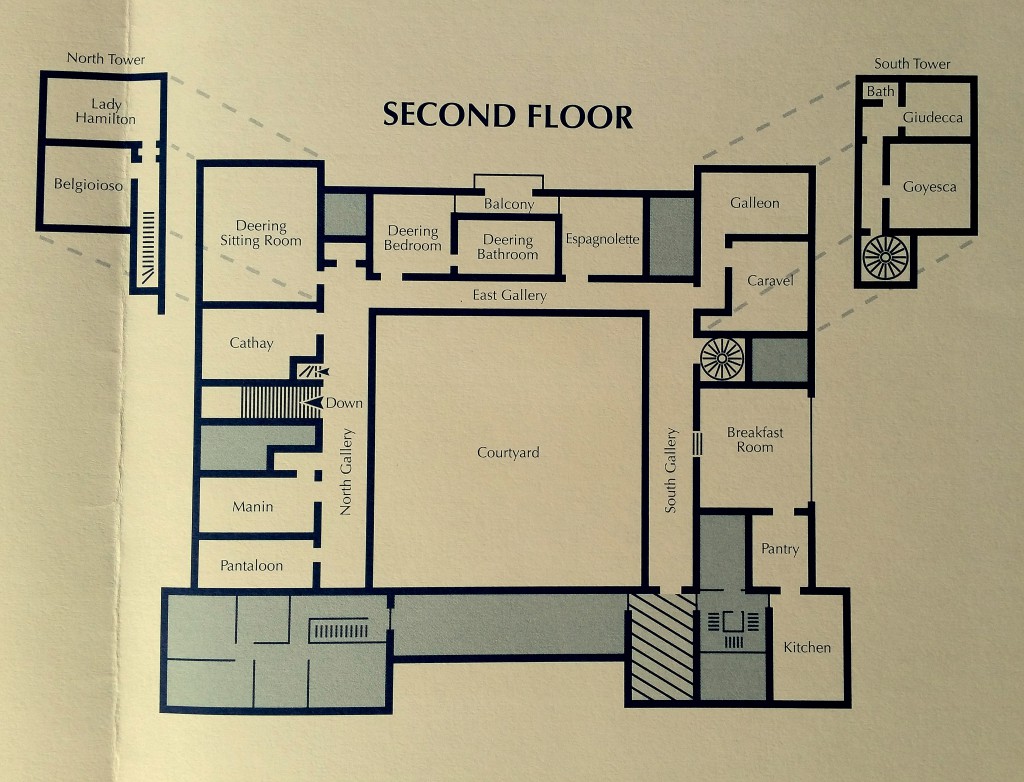 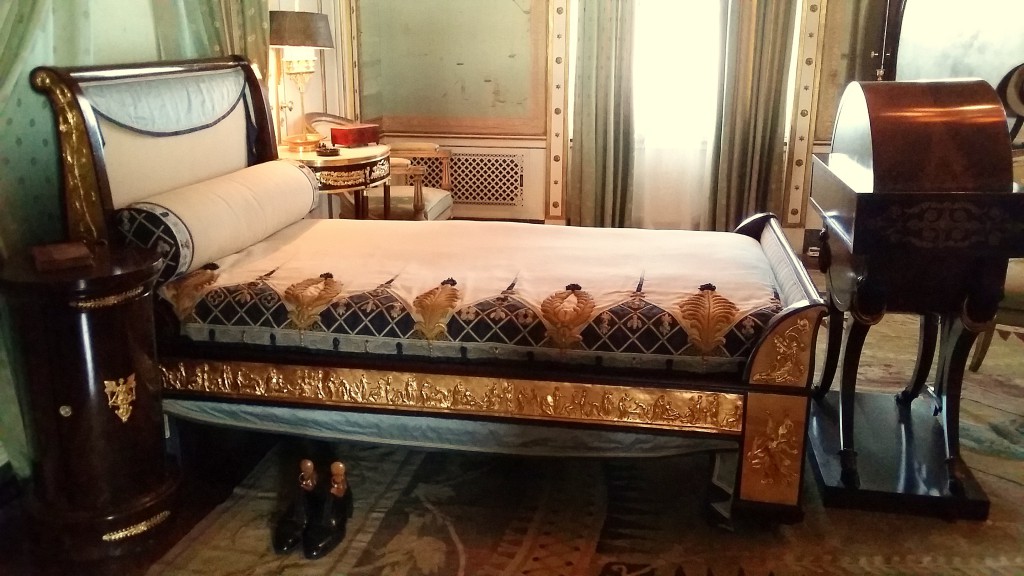 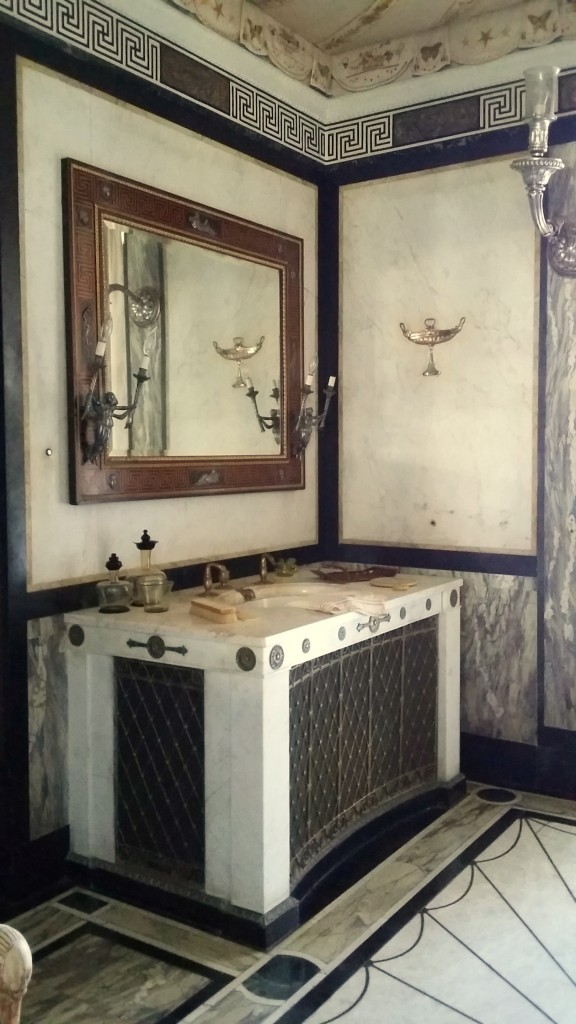 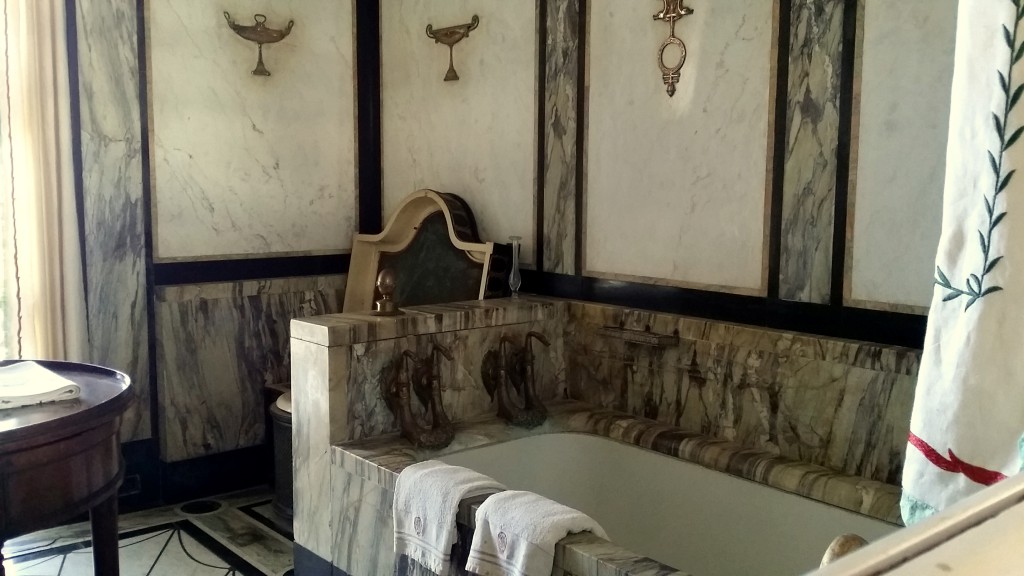 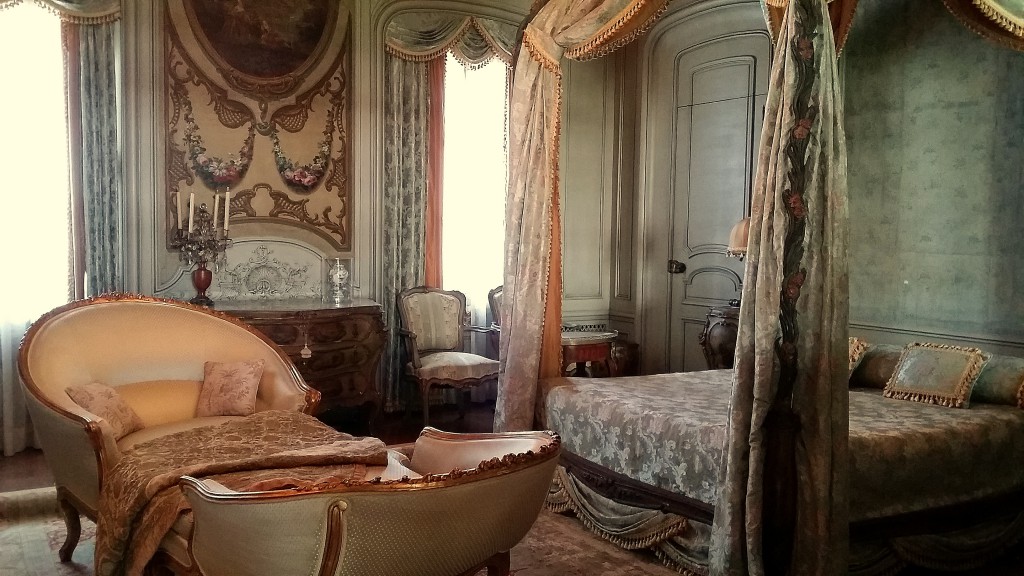 Regardless of its Baroque appearance, Vizcaya was a very modern house. It was built largely with reinforced concrete, and with the latest technology of the period, such as generators and a water filtration system. Vizcaya was also equipped with heating and ventilation, two elevators, a dumbwaiter, a central vacuum-cleaning system and a partly automated laundry room. 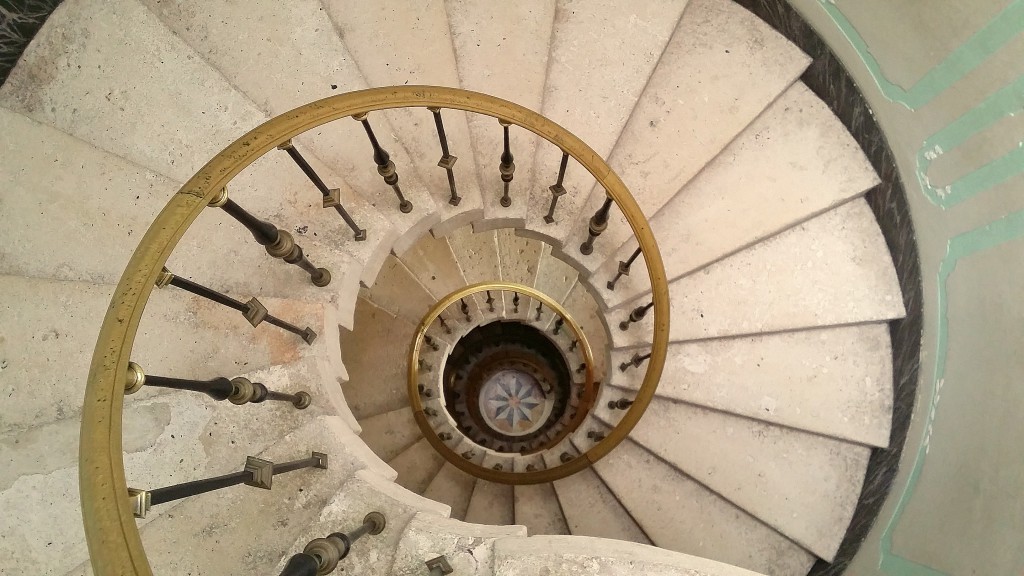 The formal gardens, completed in 1922, contain geometric plantings, architectural structures and sculptures. The gardens are nestled between a native mangrove shore and forest. 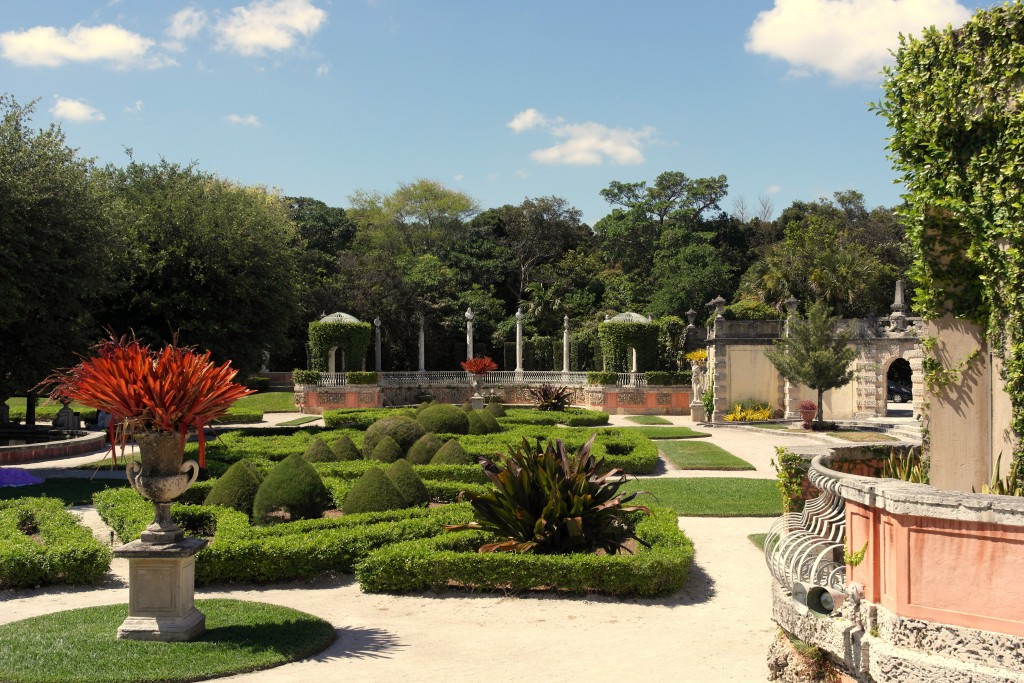 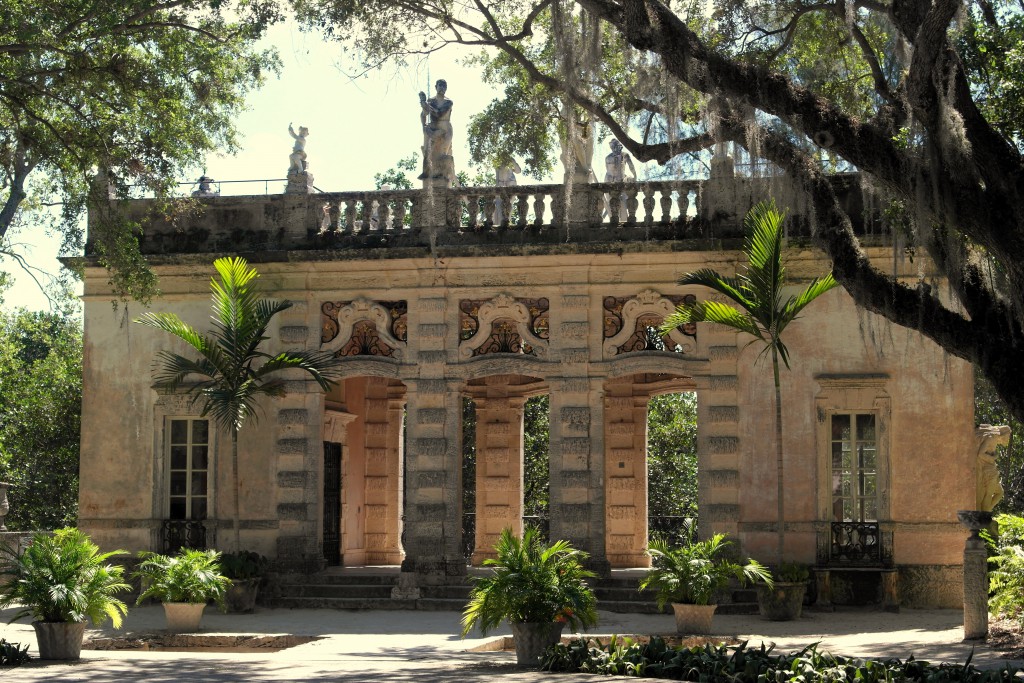 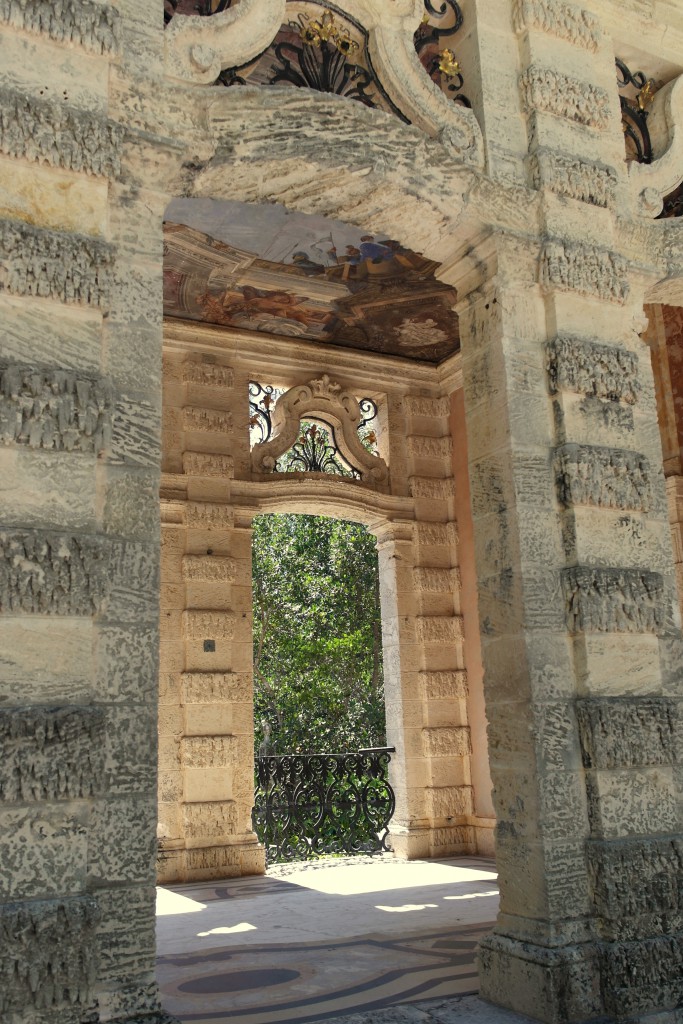 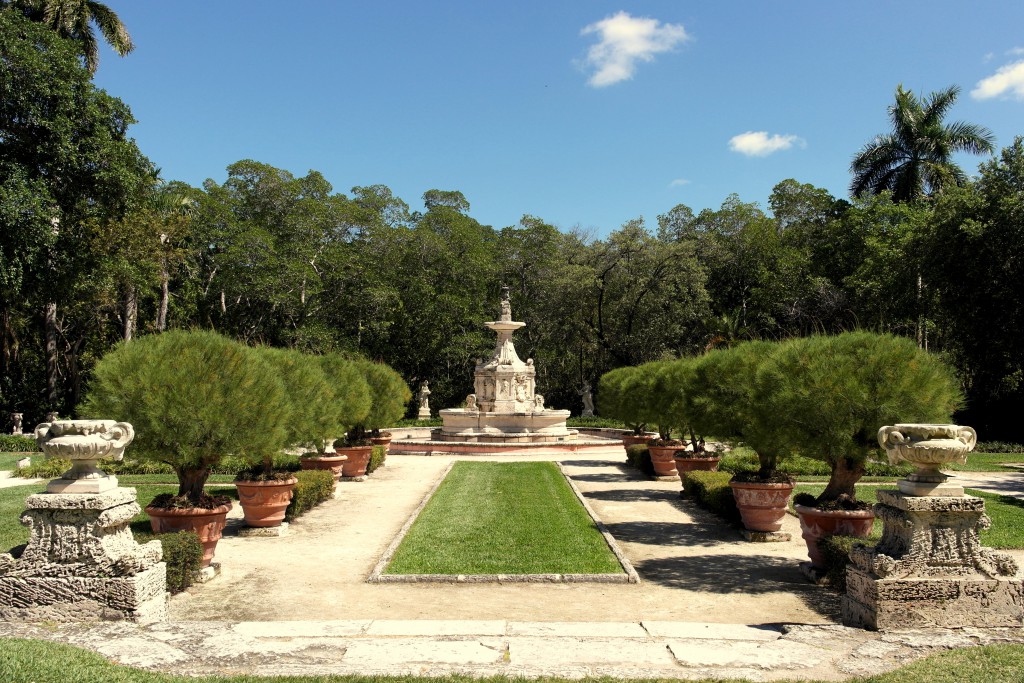 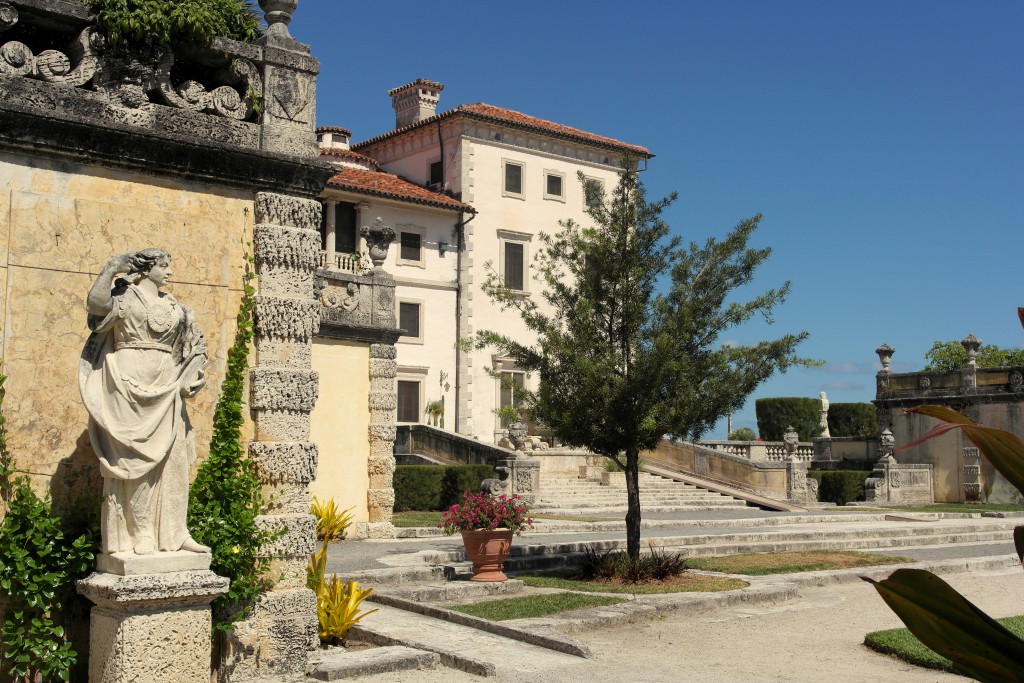 Having enjoyed a few winters at Vizcaya, James Deering died on September 18 aboard the SS City of Paris ocean liner returning from France. Ownership of Vizcaya was passed to Deering’s brother Charles, who died in 1927.  Over the years hurricanes and increasing maintenance costs forced the heirs to sell of significant portions of the Vizcaya property. Today officially known as Vizcaya Museum and Gardens, this National Historic Landmark displays over 2500 art objects and furnishings in 34 decorated rooms, as well as the European-inspired formal gardens.